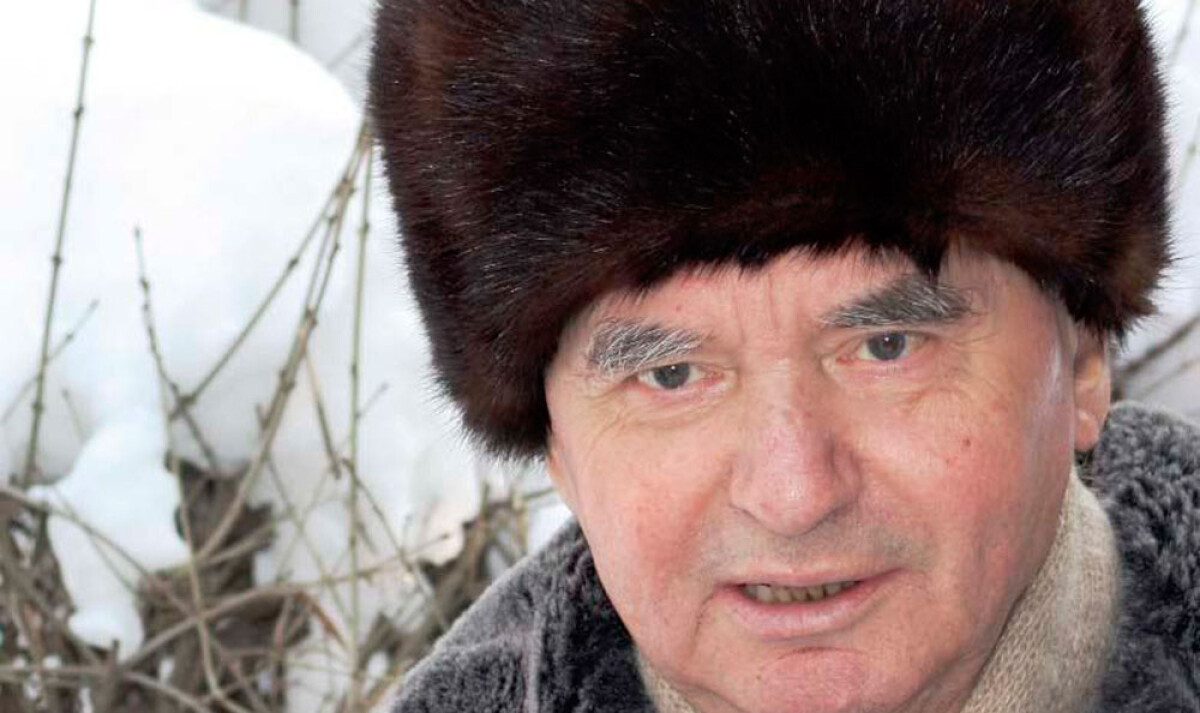 82 years ago, Gerold Karlovich Belger - translator, novelist, essayist was born. He was the guardian of the spiritual culture of the Kazakh people

Translator of the classics of Kazakh literature (B.Mailin, G.Musrepov, Nurpeisov A. etc.) into the Russian language, the author of numerous novels and stories. Belger - a worthy son of the Kazakh and German peoples.

He came originally from the German Volga region. In 1941, the Germans were deported to Kazakhstan on false charges. At the age of six he was in Kazakh aul of Yskak Ybraev (North Kazakhstan region). Growing up in the village, going to study at Kazakh secondary school, young Gerold perfectly mastered the Kazakh language. Therefore, the chief editor of the literary magazine "Zhuldyz" A. Nurpeisov persuaded Belger to become a translator. So Gerold was in literature. Thanks to G. Belger many famous works of Abdizhamil Nurpeisov, Gabiden Mustafin, Gabit Musrepov and other masters of the word were in Russian. 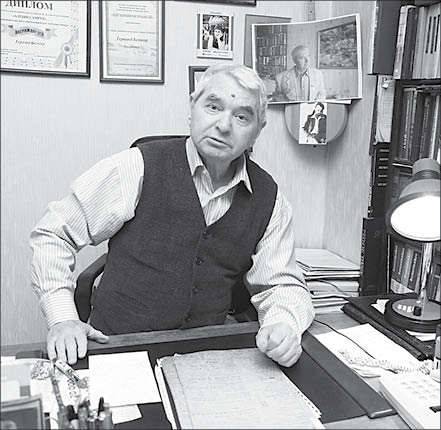 The main theme of Herold’s activity was internationalism, fraternal friendship of the peoples. "Men of the Earth" - a kind of essay about the spiritual resonance that exists between the two great philosophers and artists - Abai and Goethe, Goethe and Abai.

The main thought, Belger’s idea is reflected in the writer's "Eurasianism". He argued that in the current difficult situation the peoples of the former USSR should not break away from the Russian culture, which for them was a kind of a "window to the world".

Belger, as a human, has one strong feature - to tell the truth no matter how bitter it may be. Gerold spoke aloud about the tragedy of the mass emigration of Germans, Russians and representatives of other nations from Kazakhstan. Gerold Karlovich was able to explain and persuade, because he was right. A Kazakh, and Russian, and German believed him. As a writer, Gerold Karlovich thought a lot about people’s lives. Equally owning Kazakh, Russian and German languages, he embodied the modern Kazakhstan.

Let us remember about what told, thought and worried Gerold Karlovich.

About "uselessness" of Kazakh intelligentsia

They began to write less and less read

It was a time when our newspapers and magazines had high circulations. For example, the magazine "Zhuldyz", in which I once worked, circulation was 200 thousand. And even more. Now it can type only 3-5 thousand copies. And compare the magazine "Prostor" of past and present? The same can be said of any almanac. As Olzhas said that "Every shepherd kept "Zhuldyz" in his bosom. Now they read less and less. All our readers sell at the Green Bazaar and they have no time to read. 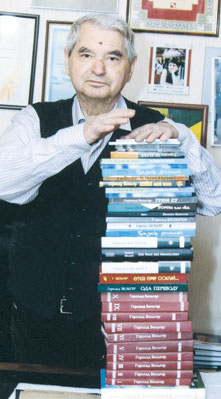 Loss of literature - a loss of spirituality

Over the years of independence, we have something gained, but we lost a lot more. And one of our great evil - the loss of literature, culture, spirituality, to a large extent. If someone writes, the absolute majority - mostly in favor of the government, serving a very small but powerful social stratum of society. Some writers "service" the rich. They ennoble in their "writings" life, deeds, thoughts of "money bags" - and fare. We often say that the position of the artistic intelligentsia is very difficult. And not only in Kazakhstan, a similar situation - in Russia, other CIS countries. Although in fairness we must say that our northern neighbor survived all the literary magazines, all kinds of creative unions, bonuses. And the writers there are more active than we have.

The tragedy of ignorance

About the transition to the Latin alphabet

We have already passed it. Before the war, at our school (and I studied at the Kazakh school) books were written in Latin script. If we go back to this, then, I am very much afraid, we completely lose our reader. Imagine Pushkin's works in the Kazakh language in this script - it will be strange Pushkin. It is not easy to get used to him. Initially, again, I am afraid that a whole generation of the Kazakhs will not read either in Cyrillic or in Latin or Arabic alphabet.

At all costs to exalt their national due to suppression of other nationalities. This path is wrong. Sometimes I notice that some super patriots have tendency to oust the Russian language. Acquire one due to the loss of another - a dubious obtaining. Russian language is not guilty for all the troubles of Kazakhstan. It is a great language, it united many people. And I'm grateful to the President, who does not get tired to say that we should not give up on Russian language. We need to develop the Kazakh culture, without losing anything of our former conquests.

Honestly, I do not know. At one time, I often spoke to students and traditionally asked: name two or three well-known Kazakhstan writers. Few could answer. I interested when they went to the theater last time. Youth lost. I do not know what will happen in the future. I would like to say a few words about Kazakh youth. Their imitation is worried. They try not to speak in their own language, dress, dance in the Western manner, as if deliberately taking themselves from the national roots. We can raise a generation of mankurts: refused of ours, and did not become an American, a German or a Frenchman.

About the old and new generations of Kazakhstan writers

My friend Abish Kekilbayev - a wonderful writer, a novelist. But since he works in government agencies, he writes only huge laudatory essays and tries to explain, to interpret everything in his own way. I do not know whether Shchegolikhin writes today. I have not heard. Olzhas Suleimenov, as Kazakhstan's ambassador to Italy, still creates, he released scientific research book - the "Language letter". He often writes essays, and it makes us happy. Maurice Simashko went to Israel. But in terms of the young writers… . There are, of course, new names, but I can think of very few people. Perhaps, Israil Saparbay, Iran-Gaip. They write honestly and juicy about our time. Dulat Isabekov, Dukenbai Doszhanov - the names, rather, of the middle generation.