Home News History in 5 minutes In memory of Grigory Potanin

In memory of Grigory Potanin 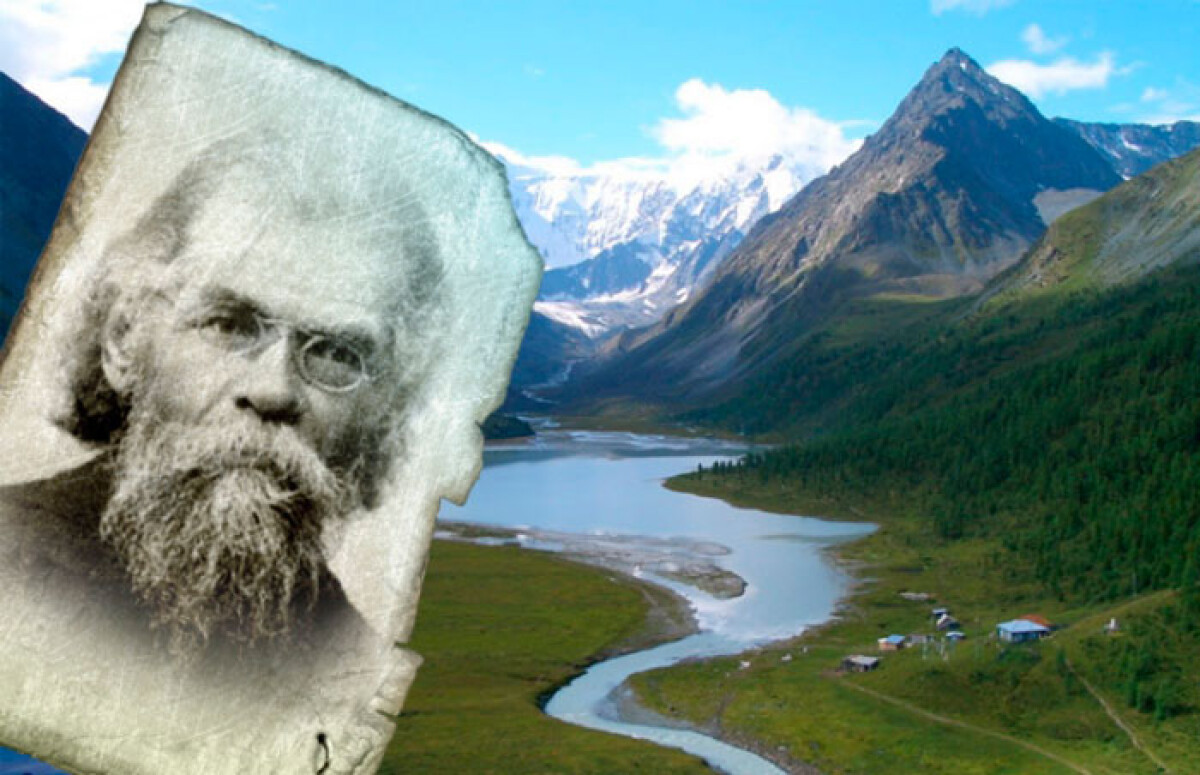 Potanin showed interest to the Kazakhs for a long time, he was familiar with their way of life, customs and contributed to the preservation of indigenous culture by all means.

Kazakh language was a language of daily communication of many residents in Yamyshevo, Cossacks or Chebaks (‘shabak’ in Kazakh) until reclaiming of virgin lands. Yamyshevo was called Tuzkala in Kazakh (‘Salt city’ in Russian) and Yamysh with the accent on ‘Ya’ in Russian. You could hear in their conversation: ‘A sche, a poschemu’, they said ‘Iya Alla’ or ‘Allay, Allay’ being indignant, ‘Oi-bai’ being wondered, ‘Mya sagan’ being disappointed in something. Kazakh people said ‘T’fu yazviyu’, ‘Uot’ te na’.

Moreover, The Potanins kept Abylay khan’s letter to Ilya Potanin among the relics. The older generation preserved a large number of facts associated with the Kazakh steppe, with its outstanding leaders and hospitality of the Kazakh people.

Therefore, it is not surprising that a son of a Cossack officer, Nikolay Ilyich Potanin was interested in the deep study of Kazakh language, it was in his blood.

He had learned Kazakh language since the beginning of study at Omsk military school, reorganized into a cadet corps later, and friendship with Chokan Valikhanov contributed to it as well.

Academician V.Obruchev wrote about Chokan and Grigory’s linguistic twists in the book ‘Grigory Nikolayevich Potanin’: ‘He overcame difficulties due to his exceptional ability, he was an excellent student and exceled his peers in study...At first he felt lonely because he did not know Russian at all. A son of Cossack officer Nikolay Potanin — Grigory felt the same. Interest in book and drawing made them friends’.

In 1863, he was in the membership of Committee that marked the border between Russia and China; conducted a comparative analysis of Kazakh literature with the literature of Altai Turks after studying Kazakh writing system, thus, he made an enormous contribution to the history of development of Kazakhstan and Central Asian region.

He continued the common work after the early death of his close friend Chokan Valikhanov, a person with whom he shared a lot of things — year of birth, education, ideology, world view, a thirst for knowledge and love to Motherland. They had a lot of plans regarding joint labor and travels, in general, to work for the benefit of Motherland. Chokan intended to be engaged in Philology of eastern tribes, Grigory wanted to make a collection for St. Petersburg Botanical garden and Zoological Museum of Science Academy. The collection of Chokan’s works was published under his direction as well.

Valikhanov influenced on Potanin in his research works in many ways and spread the passion for travel.

Today, Potanin is known to the scientific world for his travels in central Asia and by notes, works showing the results of his research.

He left a great spiritual legacy in the form of hundreds of legends, stories, tales and other kinds of oral culture of Turkic-Mongolian people in addition to geographical descriptions and travel notes. There are more than 600 works, many of them are extensive ones. According to N.S.Smirnova, G.N.Potanin’s heritage about Kazakh people and Kazakhstan is about 750 printed sheets, i.e. 1,5 thousand pages.

G.N.Potanin left valuable information on history, ethnography and folklore of the Kazakh people.

Grigory Potanin held an active position in public and political life as well. For instance, in the summer 1917, he participated in the capacity of delegate from Semipalatinsk region at I All-Kyrgyz Congress in Orenburg. This Congress was the starting point of ‘Alash’ Kazakh Anti-Bolshevik political party’s functioning.

After a year, Grigory Potanin’s 80th anniversary was celebrated in the scientific community. His students and associates published collections of his works dedicated to this anniversary date. Kazakh democrats were among the organizers of the event — Alikhan Bukeikhanov, Akhmet Baitursynov, Musa Shormanov, Alimkhan Ermekov, Zhakyp Akpayev and Mirzhakyp Dulatov. Akhmet’s poem ‘V dar Potaninu’ and poem ‘Er Saiyn’ should be included in this collection.

G.N.Potanin was described as a well-mannered, generous and extremely positive person, which was confirmed by the facts from life.

P.P.Semenov-Tyanshansky wrote about Potanin in details, he noted that Grigory Nikolayevich was ‘experienced by labor and health deprivations, incredible simplicity and persistence, knowledge of oocal languages and ability to be in good terms with the aborigines, good knowledge in the field of geographical and natural sciences, selfless devotion to science’. Probably, these qualities were formed due to proximity to the nomadic population of Central Asia.

One of the ‘Alash’ leaders Alimkhan Yermekov remembered that Kazakh people called G.N.Potanin ‘Kazakhs’ sympathizer’. Potanin showed interest to the Kazakhs for a long time, he was familiar with their way of life, customs and contributed to the preservation of indigenous culture by all means.

Potanin had a strong feeling of patriotism, it was demonstrated in reverent attitude to the Irtysh, where he was born and raised. In 1877, he wrote during the trip in the upper reaches of the Irtysh River: ‘The area, where we live is real Motherland of human. The cult of the sun appeared here for the first time. The rivers were seemed as mother’s lap and they saw fathers in the mountain tops. I am sure now that Adam and Eve’s paradise was in the upper reaches of the Irtysh...’. The great educator and public figure died at the age of 85 and was buried at Preobrazhensky cemetery in Tomsk. In 1956, Potanin’s grave was transferred to Universitetskaya roscha of Tomsk state university due to dissolution of the cemetery.

Kazakh people keep eternal memory of the great son of the Kazakh steppes, who made a significant contribution to the development of science, relations of Kazakhstan, Russia and other nearby states. They also remember about Potanin’s friendship with Chokan with warmth in hearts. The streets in Petropavlovsk, Almaty, Astana, Semipalatinsk and school in the village Chernoye of Pavlodar region and Pavlodar Regional Local History Museum were named in honor of Grigory Potanin.