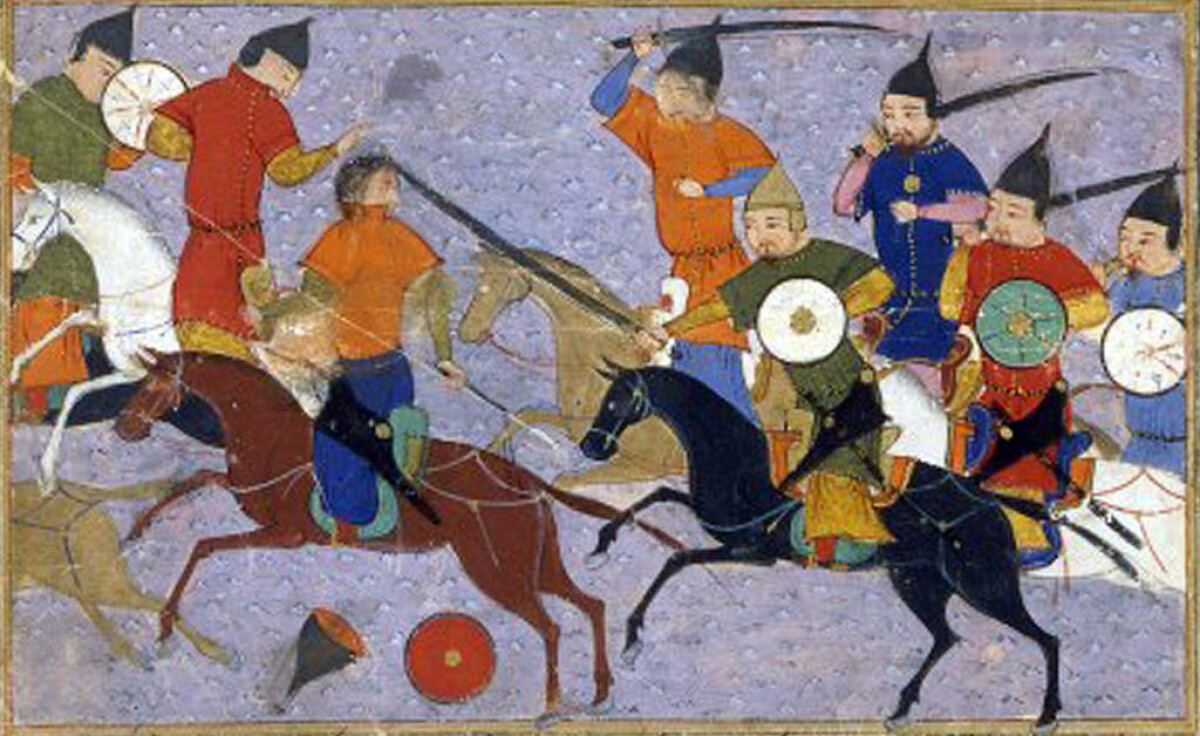 Ancient totemic representations of Mongols formed the basis of Mongolian name Borte-Chino. However, was Borte-Chino a real or mythical progenitor of Genghis Khan?

Different opinions were expressed on the issue of departure time of the Mongols’ ancestors to Ergune-kun. In order to understand them thoroughly, it is necessary to consider the name Borte-Chino. Ancient totemic representations of Mongols formed the basis of Mongolian name Borte-Chino. It allows understanding the text ‘Erdeniyn tobchi’, which states that once in battue hunting in Khangai, Genghis Khan said: ‘If a deer and a wolf will get in the battue, we should not kill them’.