Home News Anti-nuclear policy of the President of Kazakhstan 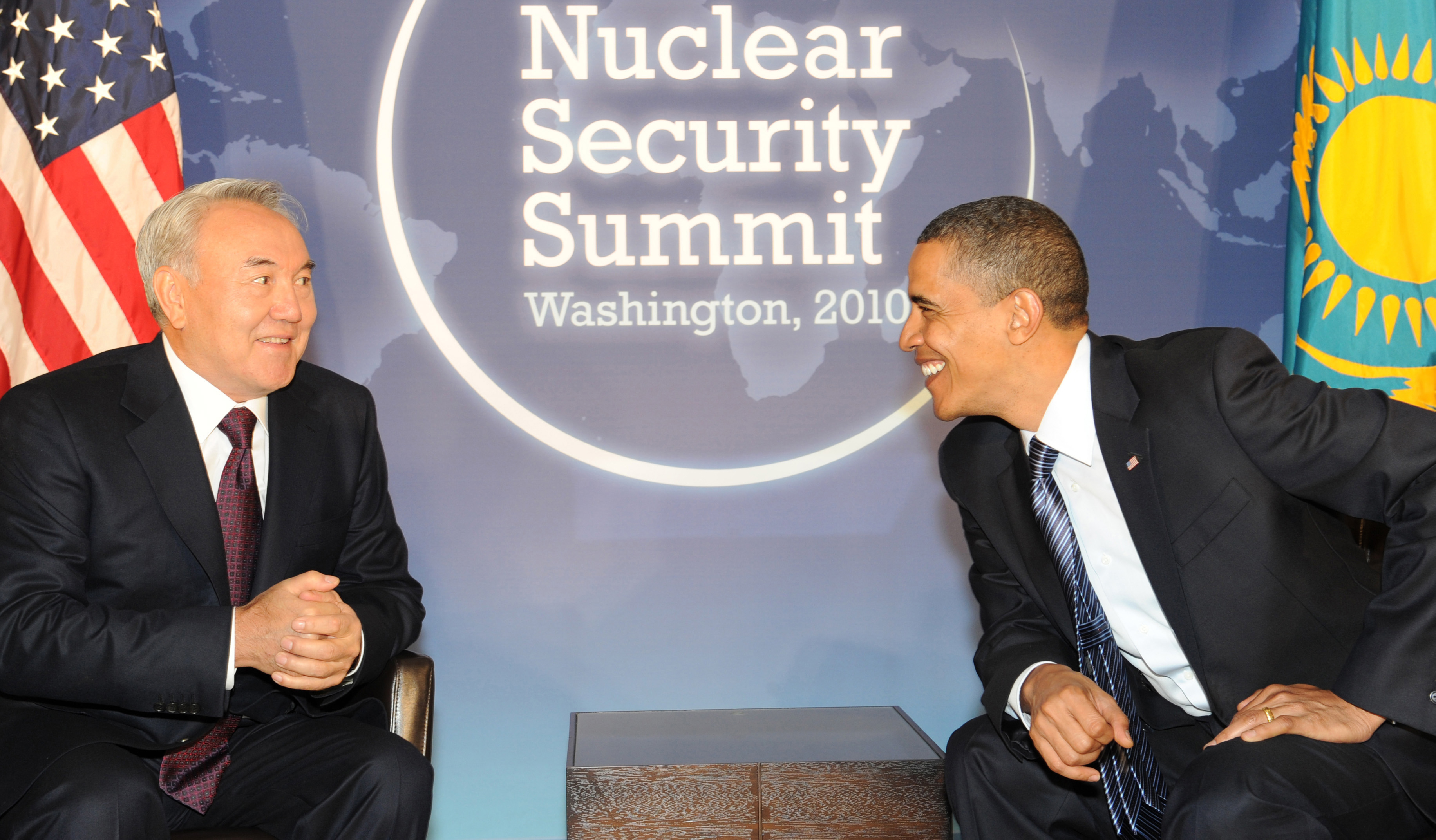 N.A.Nazarbayev made a great contribution to the strengthening of nuclear security in the world in 25 years of independence.

Exploitation of nuclear energy requires understanding and implementation under international control of joint actions on security issues of using nuclear energy, fight against theft and illicit export of nuclear materials, preventing nuclear terrorism. The fundamental steps taken by the governments of the world powers and international organizations in the third millennium had not solved the problem of nuclear safety. Nuclear environment has ceased to be the prerogative of the ‘big’ five, the number of nuclear weapon holders increased. The problem of nuclear waste storage occurred with disposal of nuclear waste, the storage should ensure the safety of long-term operation without threat to society and nature.

Instability in the Middle East deteriorated both dangerous nuclear ambitions and the rivalry emerged in Asia - Iran, India, Pakistan, North Korea and others.

The world has come to the point where a nuclear threat is not measured by quantity of nuclear arsenal, but the simple fact of having nuclear energy. All this requires intensified efforts of the international community to prevent further spread of nuclear materials, for the construction of a modernized system of international control of its peaceful use.

In a difficult geopolitical environment of the 90s of the last century, formation of the vectors of Kazakhstan’s peaceful foreign policy happened. Being aware of its global responsibility to the international community in ensuring nuclear safety, Kazakhstan adopted the right decision, as the time proved further – on August 29, 25 years ago, the President signed a decree on closing Semipalatinsk nuclear test site. Kazakhstan got such a ‘bitter’ experience inherited from the Soviet Union. 50 years of nuclear tests at Semipalatinsk test site brought irreplaceable losses to the health of Kazakh people and the environment. According to experts, the total number of Kazakhstan people affected by radiation were hundreds of thousand people. More than one generation of Kazakhstan people would suffer effects of nuclear testing. The Soviet Union left 1216 warheads for intercontinental ballistic missiles and warheads for heavy bombers in Kazakhstan. It was the world's fourth largest nuclear arsenal. In addition, Kazakhstan had an entire industry of nuclear production and testing, including the research base for the creation and modernization of nuclear weapons.

In 1992, Kazakhstan, as an independent state, signed the Lisbon Protocol to START-1 Treaty, which recorded its obligations on the nonproliferation of nuclear weapons.

In 1993, it was first from CIS countries to accede to the Treaty on the nonproliferation of nuclear weapons.

In December 1994, nuclear powers signed a Memorandum on security guarantees for the Republic of Kazakhstan and output from the territory of all nuclear weapons had finished.

In 1995, the last nuclear warhead was destroyed at the former Semipalatinsk polygon.

From 1993 to 2000, Joint Threat Reduction program was successfully implemented, also known as the Nunn-Lugar program, the purpose of which was to assist the countries of the former Soviet Union on issues of transportation, storage, elimination of nuclear weapons and prevent its possible spread.

Becoming a subject of international law, Kazakhstan confirmed its commitment to implementing a peaceful foreign policy. The country began to play an active role in strengthening the regime of nuclear weapon non-proliferation.

The Head of state in the book "Epicenter of peace" talked about the decision to refuse nuclear weapons having the potential of power and influence.

The real arguments were put forward in favour of maintaining the nuclear status:

• Own nuclear umbrella was presented as the key of country’s security, guarantee of the containment of a potential enemy’s ambitions.

• Retention of nuclear forces was to compensate the quantitative and qualitative gaps in the conventional weapons that existed at that time in Kazakhstan.

• Nuclear weapons gave Kazakhstan the status of a regional superpower.

• Preservation of the nuclear complex was necessary for the development of scientific and technical potential, fundamental and applied science.

In other words, "nuclear temptation" had a solid justification. But Kazakhstan became nuclear-free state consciously based on a number of fundamental issues.

This decision meets the interests of Kazakhstan people. In 1989, there was a movement "Nevada - Semipalatinsk" in Kazakhstan, which united people who acted for the closure of the Semipalatinsk nuclear test site.

The choice of a nuclear-free status is the result of understanding of the dangerous consequences of the imbalance of geopolitical security by Kazakhstan in the early 90s.

The renunciation of nuclear weapons related to the fact that Kazakhstan elected a peace-loving foreign policy since the first days of its independence. They demonstrated the openness of foreign policy, commitment to a world free from the threat of war to the international community by this act. In return, the country received strong guarantees of territorial integrity and respect of sovereignty from the nuclear powers – the USA, Russia, Great Britain, France and China. Kazakhstan solves the problem of liquidation of nuclear tests consequences. For 25 years, compensation to victims of nuclear tests was paid out for curative and preventive activities among the population, to restore the ecology of the region adjacent to the landfill. Abandoning nuclear status, Kazakhstan, however, was not a bystander to the process of ensuring nuclear safety.

Gathered experience over the past 25 years of participation in the process of nuclear disarmament and non-proliferation entitles Kazakhstan to express their vision of global security. Today, it is necessary to improve security arrangements, particularly nuclear. The universalization of the principles of non-proliferation is necessary.

Over the past 25 years, Kazakhstan is pursuing a consistent policy in the field of nuclear disarmament, and this is certainly a merit of the President of Kazakhstan N.A. Nazarbayev, who regularly promotes initiatives to reduce and eliminate the nuclear threat at every nuclear security summit. The head of state did much to ensure that independent Kazakhstan has become a peaceful, nuclear-free state.