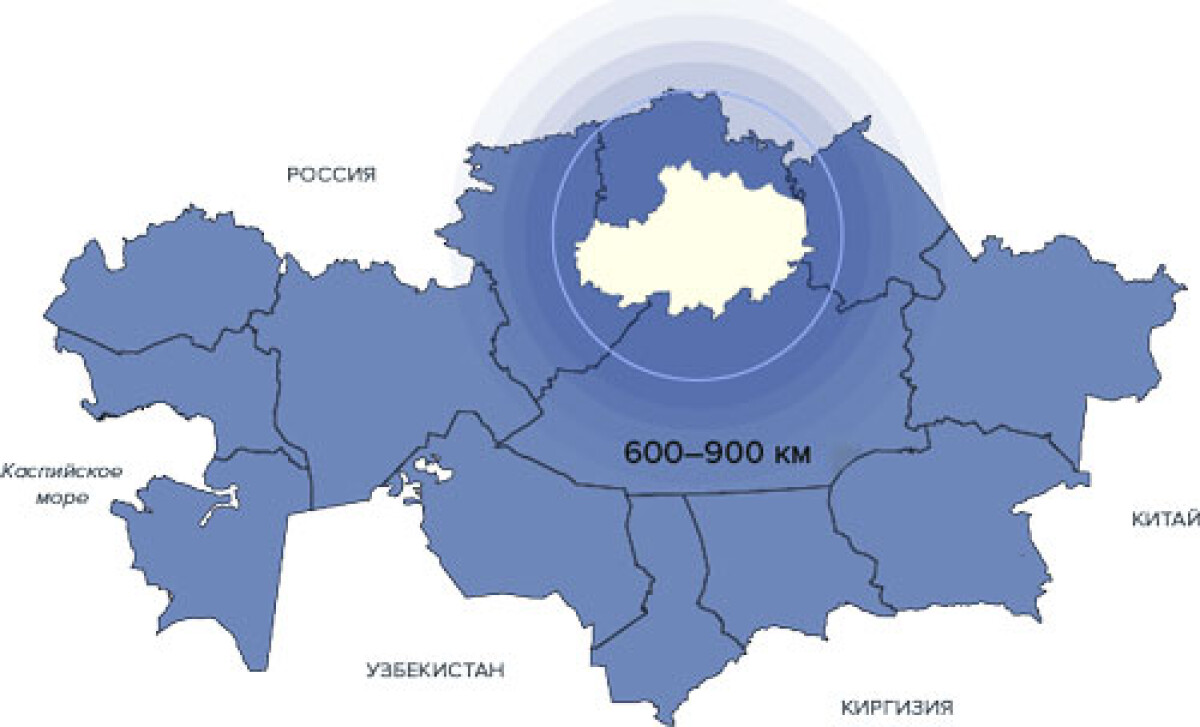 The history of the region goes back to the 19th century, when a significant part of the economy was occupied by nomadic cattle rising.

Akmola oblast was established on October 21, 1868 and was finally formed in January 1869. It initially included Akmola, Kokchetav, Petropavlovsk and Omsk districts. Oblast was part of Stepnoi Governorate General and occupied a vast territory of Central and North Kazakhstan. It bordered Tobolsk Governorate in the north, Turgay oblast in the west, the Syrdarya in the south and Semipalatinsk oblast in the east. The largest cities of the oblast were Omsk, Akmolinsk, Kokchetav, Petropavlovsk and Atbasar.

The main sector of economy in Akmola oblast was nomadic cattle rising. The population owned a different kind of cattle in the amount of 2 217 151, including 171 265 of settled population and 2 045 886 of nomadic one by January 1, 1887. One average, there was 1.3 cattle for one settled inhabitant, 6.1 cattle for a nomadic one. This ratio indicates different value of herding for these population groups: it is the only source of wealth for nomads. The nomadic population of southern regions — Akmola and Atbasar owned about 70% of the cattle, while the northern districts Kokchetav, Petropavlovsk and Omsk owned 30%. 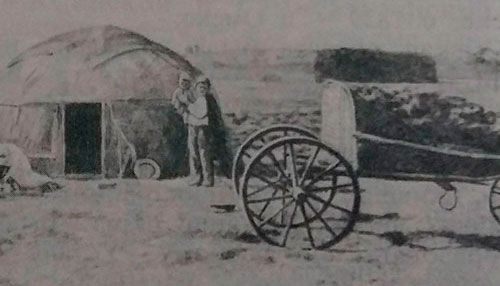 Summer stand on the tract in Akmola oblast

Development of agriculture and farming in particular, in the second half of XIX — early XX centuries did not reach the desired level. The reason was in unfavorable soil and climatic conditions of the steppe areas of the oblast with its rich meadow spaces more favorable to nomadic cattle rising. The development of capitalism in the center had a huge impact on the economy of the village, growth of cities, revival of activities of urban and steppe fairs, the emergence of credit-banking institutions. The largest fairs were summer ones: Tainchikulskaya (Tainchakulskaya) in Petropavlovsk County, Konstantinovskaya in Akmolinsk, Petropavlovskaya in Atbasar County with a turnover of over 7 million rubles each (1912): autumn: Znamenskaya in Atbasar, Pokorvskaya in Kokchetav, Aleksandrovskaya in Aryk-Balykskaya station, Vvedenskaya in Omsk with a turnover of 6400.800 rubles each. In 1907, there were more than 100 fairs and markets, the trade turnover reached up to 80 million rubles, including 50 in import and more than 20 million in export. Trade was carried out in three forms: permanent — in towns and villages, barter — with Kazakh nomads and recurrent — in fairs. The main trade centers were Petropavlovsk, Omsk and Akmolinsk. 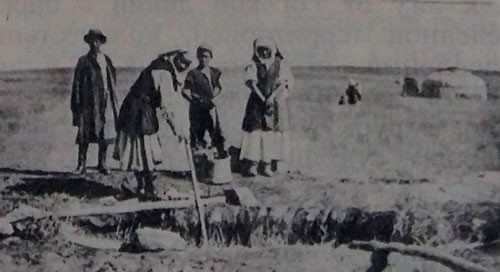 The construction of Trans-Siberian railway, the weakening of patriarchal-feudal relations under the influence of capitalism and village retraction in market relations, the need of acceleration of economic development in Akmola oblast led to creation of lending financial institution network. In 1913, lending-financial institutions were opened in Akmola, Petropavlovsk and Atbasar counties, in all towns, districts and villages with self-administration. There were two and more lending institutions in some places. Different types of crafts covered all social groups of villages but in different degrees. In 1909, there were 44 different types of crafts due to «Materials on Kyrgyz land use» and «Kyrgyz agriculture of Akmola oblast». 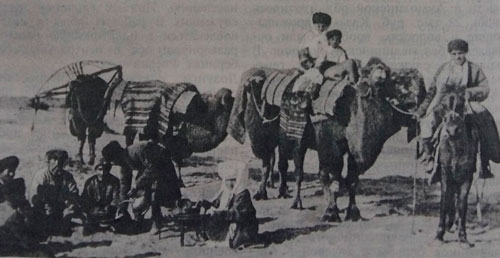 In 1752, the line of military fortifications of 10 fortresses and 53 redoubts closing Uiskaya line with Irtysh one was built. That line named Novo-Ishimskaya connected Omsk fortress with Zverinogolovskaya one. In the result, Russian border was extended for 50-200 miles deep into the Middle Zhuz lands. The Kazakhs were forbidden to pass the Irtysh and move closer than 10 miles from the river and 30 miles in the area of fortresses and outposts.

7 districts had been opened during 10 years from 1824 to 1834. In 1830, Akmola (Akmolinsk) was founded and in 1832 — Akmolinsk external district. In 1835, the county consisted of 15 Kazakh districts with population of 71 262 people and one Russian settlement with 9 houses, one forge and one windmill. The center of the district was Akmolinsk fortification (founded in 1830), called Akmola Cossack station since 1845, which was granted the city status in 1862. Initially, it was intended to build the fortification on the Nura, in the tract Akmola in 30 miles from the contemporary city. The place was uncomfortable, the Nura and the Ishim flooded a huge area. The construction was moved on the Ishym, to the tract Kara-Utkul and the original name remained behind the fortress. 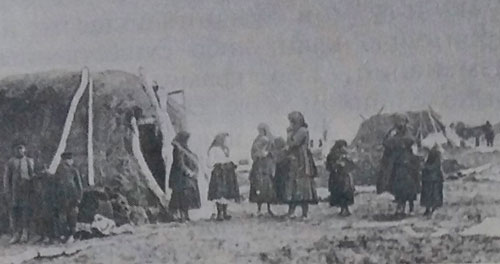 The tract Akmola was called due to limey hill, which preserved the traces of burial on the top (white mazar). Byzantine writer Procopius claimed that the Huns called a high mound, fortress «mola». Subsequently, Akmola became the center of trade fairs, where merchants from all regions of Kazakhstan, Russia, Central Asia, India and other countries came and sold a huge number of cattle, those fairs were famous for abundance and rich range of dairy products (kumys, shubat and others), which gave an additional meaning to the name of the place (literally «ak mol» means white abundance). In 1869, a town became the center of Akmola district of Akmola Region established in accordance with approved «Provisional Regulation on Administration of Orenburg and West-Siberian Governorate Generals in the steppe regions» on October 21. The newly formed region included the territory of modern regions: Akmolinskaya, North Kazakhstan, Kokshetau (at that time they were called counties), parts of Karaganda and a part of Omsk region ceded to Russia. It bordered Tobolsk Governorate from the north, Turgay Region from the west, the Syrdarya from the south. Akmola region included Akmolinsk, Omsk, Petropavlovsk, Kokshetau, Sarmsu (since 1878 — Atbasar) counties. Omsk was the administrative and military center of the region, a residence of West-Siberian (since 1891 — Stepnoy) Governorate General, an appointed hetman of the Cossack troops and a commander of the district were located there. The territory of entire region was 492.455,8 square miles in 1914.