Home News History in 5 minutes Legend about the mountain Kazygurt

Legend about the mountain Kazygurt 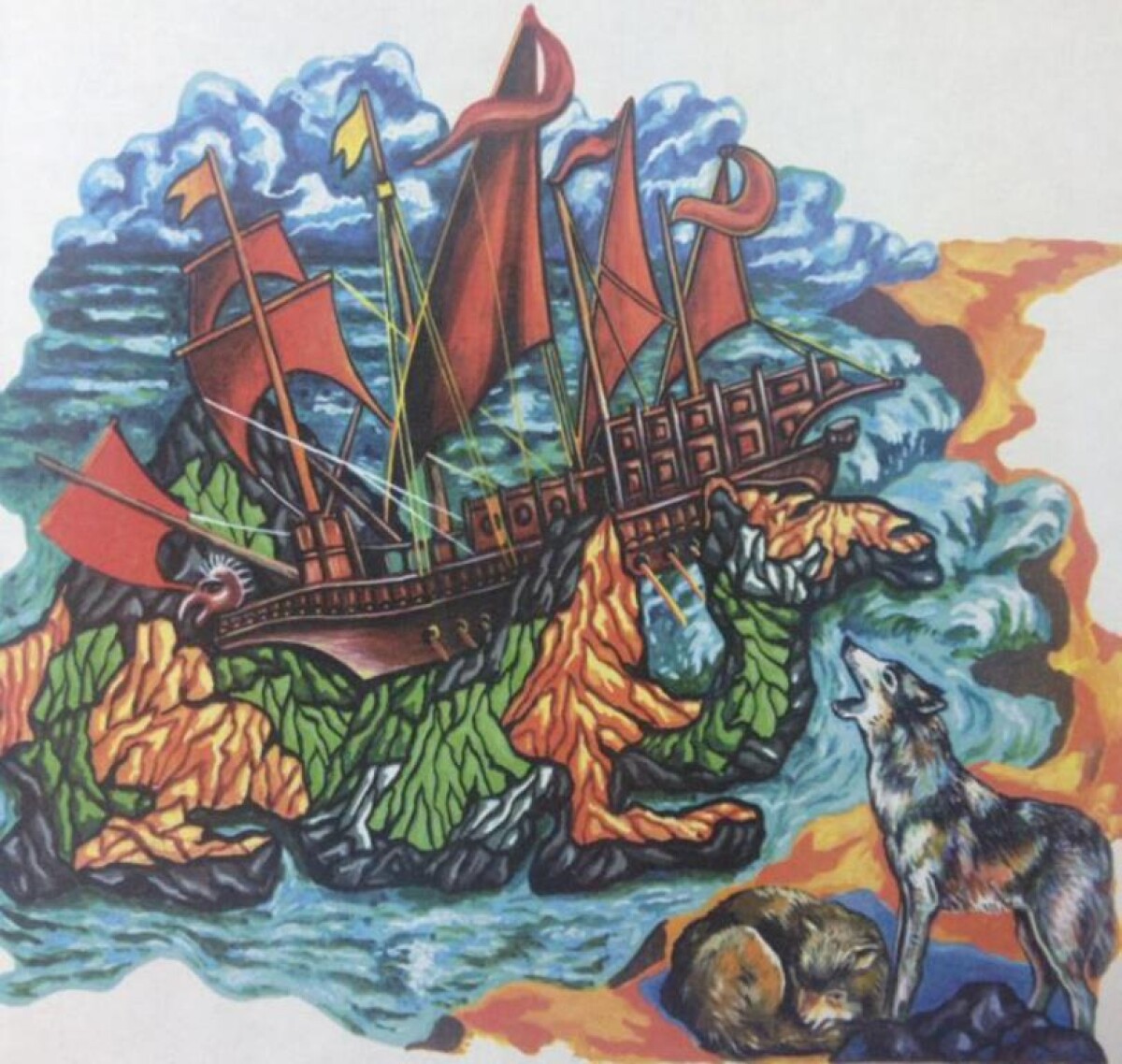 Nearly all the people around the world own the legend about the universal flood. In the Kazakh legend it is told that the Ark with 80 saints headed by the prophet Nukh was tossing on shoreless waves.
In seven months, seven days and seven hours after the flood the Ark swam to the mountain Kazygurt (height — 17668 m., district of modern Turkestan). During the swimming the prophet Nukh appealed to the Creator with the prayers about the rescue of defenseless people and animals. High mountains over the fierce waves of the flood arrogantly considered that the Ark would stop exactly near them, and only the modest mountain Kazygurt did not dare to dream of that, because it understood that it does not stand out among other mountains. After seeing the modesty of the mountain, the Creator did not allow to the waters of flood to hide the top of the Kazygurt, and the Ark moored to it. High and arrogant mountains decided to punish the mountain, but it asked the small mountains of Ordabasy, Kyzylsengir, Alimtau, Koylyk, Anki, Baganaly, Mansar and Kanyrak for help. Powerful opponents were afraid of that alliance and were limited to the symbolic attacks on the mountain range of Kazygurt. Thus, the hollows and cavities in the mountain Kazygurt were formed and it started to look like a two-humped camel. 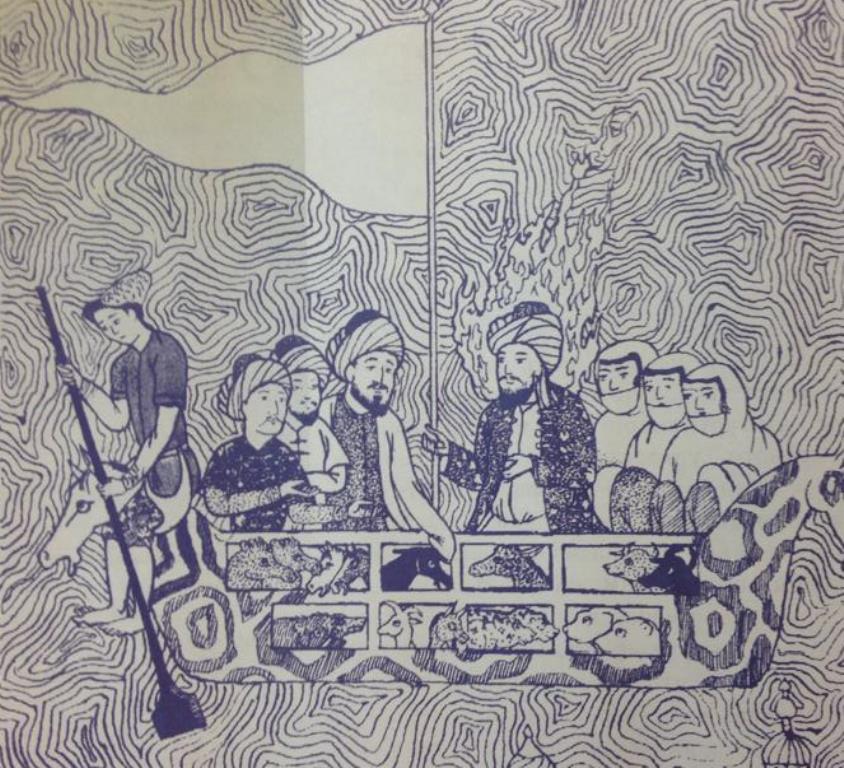 People, first of all, let several birds out from the Ark, not to make them find out whether the waters of the universal flood did not disappear, and whether it is possible to live in the renewed land. Many birds flew away and did not return, and only a swallow flew back carrying the green sprig in the nib. Since those times the swallow — a specially esteemed bird for the Kazakhs. In Kazakh fairy tales the swallow accomplishes good deeds.
People landed at the mountain Kazygurt and stayed there. In the ancient “Book of my grandfather Korkut” it is said, “At the top of the Kazygurt the ship stayed because this mountain is sacred”... 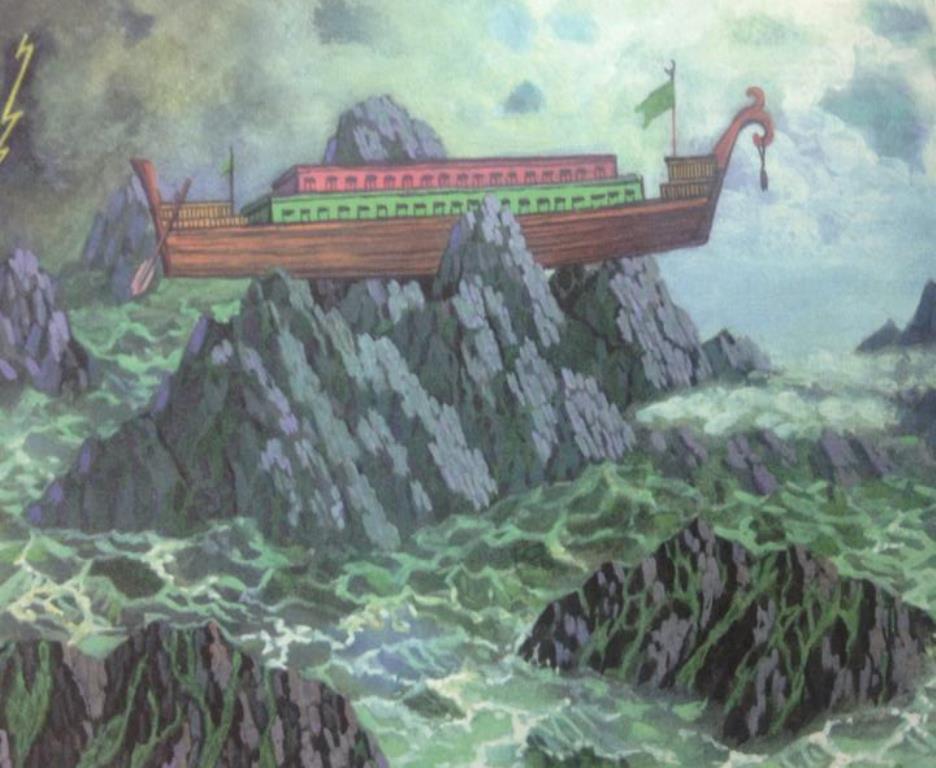 Strabon wrote in his “Geography”, “According to Plato’s suggestion three forms of civilized life appeared: the first one — at the top of the mountains, primitive and wild, as the people feared the waters which still were at the level of the plains, the second one was spreading across the mountain slopes, because the people already started to become brave because of the plains which began to dry, the third one was created on the plains. It is possible, perhaps, to talk equally about the fourth, fifth forms and even more, and the last form of the civilization emerged on the seashore on the islands, after the people got rid of such fear”.
The mountain, which became the cradle of new life after the flood, bears the name of the Fair wolf — Kazygurt. Why is Kazygurt called so? About the origin of it name the following ancient Kazakh toponymical legend exists.
In the severe, hungry times, coming after the universal flood, the she-wolf violated the prohibition for the animal killing. The wolf punished her. And he was started to be called the Fair (Kazy) wolf (gurt).
Use of materials for publication, commercial use, or distribution requires written or oral permission from the Board of Editors or the author. Hyperlink to Qazaqstan tarihy portal is necessary. All rights reserved by the Law RK “On author’s rights and related rights”. To request authorization email to or call to 8 (7172) 57 14 08 (in - 1164)
Қазақша Русский English
THE MOST WIDELY READ
Year
On How Kazakhstan Ended up as part of Tsarist Russia Recorded history of Kazakhstan. Part 2 The title of “Folk hero” was posthumously awarded to three veterans of the Great Fatherland War Union of the Archives and Library A great son of the Kazakh steppes People who eat horses will kill you Recorded history of Kazakhstan. Part 1 Burial mounds of the southwestern part of the Semirechye region The referendum on the Constitution is a significant stage of democratization Kazakhstan's participation in the Winter Olympics has a long history Rebooting a field of science and education Labels of the Golden Horde khans and Russian clergy
Polls
Materials on the topic
Labels of the Golden Horde khans and Russian clergy
From the story of a blood feud
A role of Buddhism in formation of Central Asian mythologies
The referendum on the Constitution is a significant stage of democratization