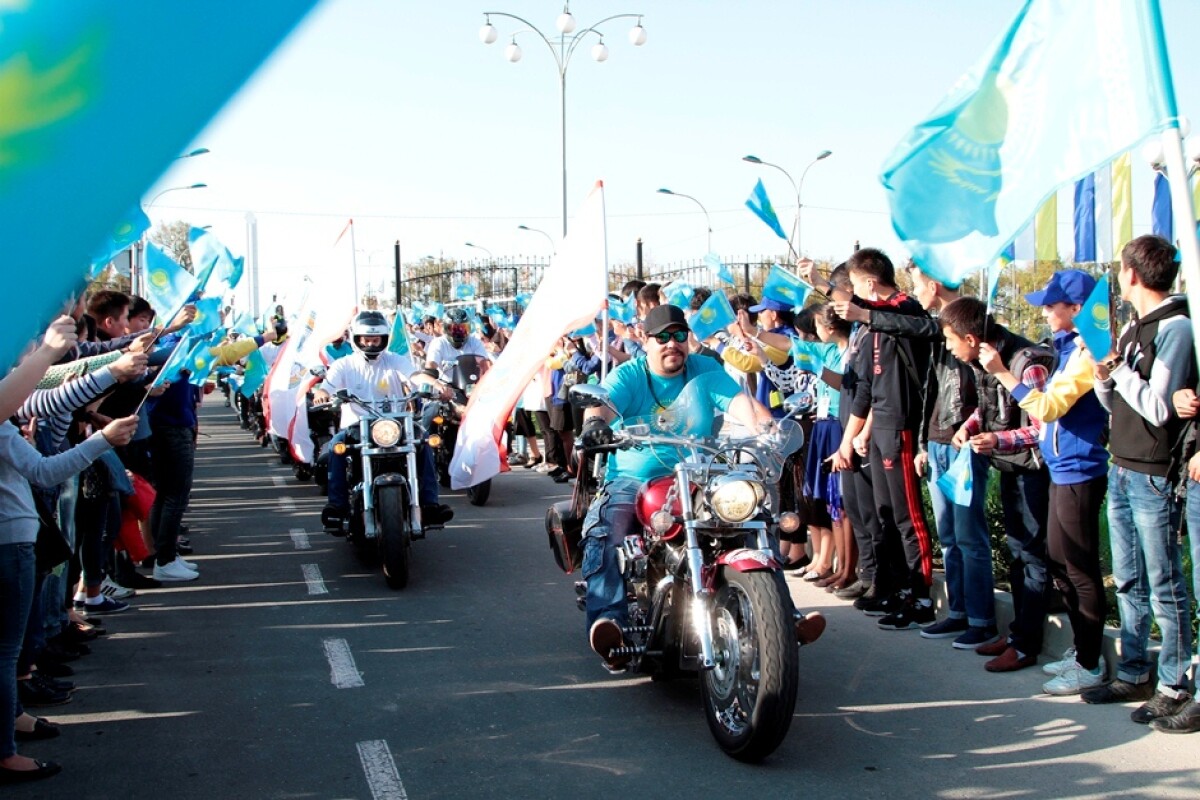 The ride lasted about 40 days and became one of the biggest events on the number of participants, as it covered all regions of our country

A caravan of the moto expedition of the famous biker Dmitry Petrukhin devoted to the 550th anniversary arrived at Zhambyl region. This caravan started on August 29th this year from Almaty. On August 30th they arrived at Balkhash, where they held a festival under the slogan «Let us save Balkhash!».

The moto expedition drove through Karaganda, Temirtau, Ekibastuz, Pavlodar, Semey, Ust-Kamenogorsk and Astana. On September 11, a delivery ceremony of the Patriotic banner with the symbol of the 550th anniversary of the Kazakh Khanate was held in the solemn atmosphere in Astana.

300 cyclists and motocyclists started their moto expedition under the guidance of the famous biker in our country and abroad, the President of the Public Association «Geographical society Kazakhstan» Dmitry Petrukhin. 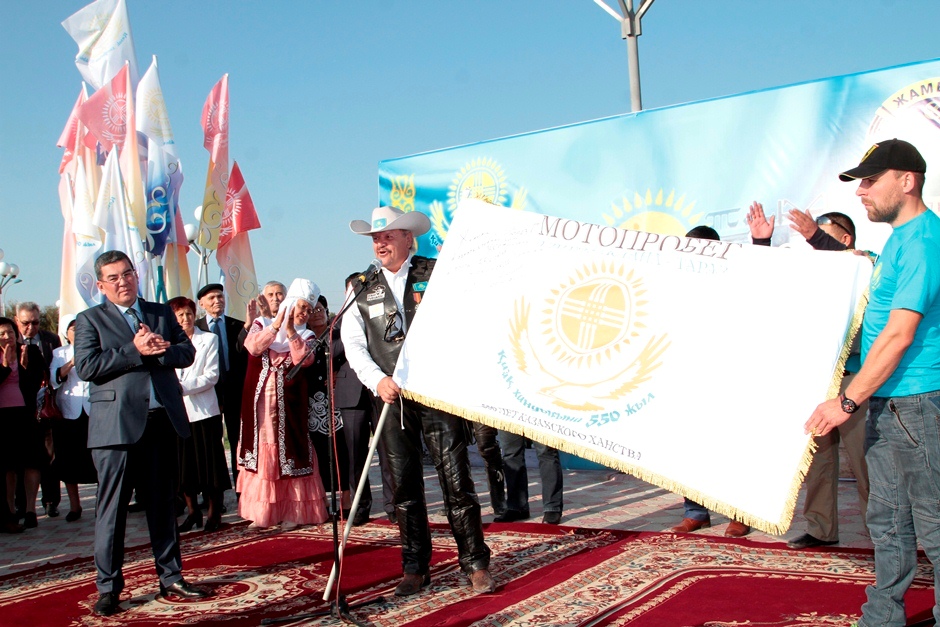 Thus, this caravan came to its logical end on October 7 of this year in Taraz. In this regard, a meeting with young people was held in order to form patriotic feelings to the country, a famous biker Dmitry Petrukhin, who has traveled in more than 150 countries of the world, shared his impressions on this meeting. 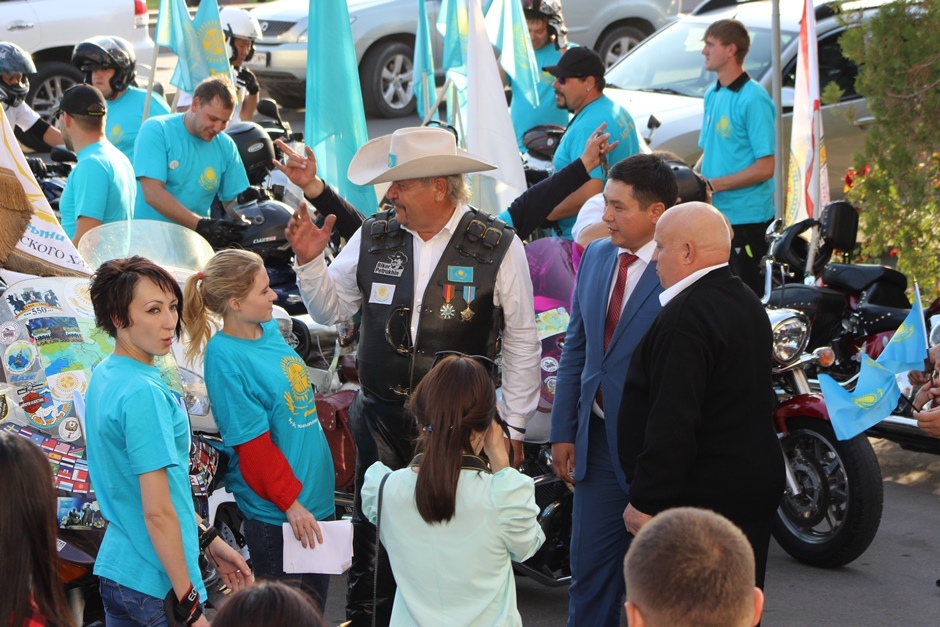 During the meeting young guests were presented the specially presented videos, also they had an interesting discussion about the history of formation of the Kazakh Khanate, they were explained the objectives of the moto expedition in details. 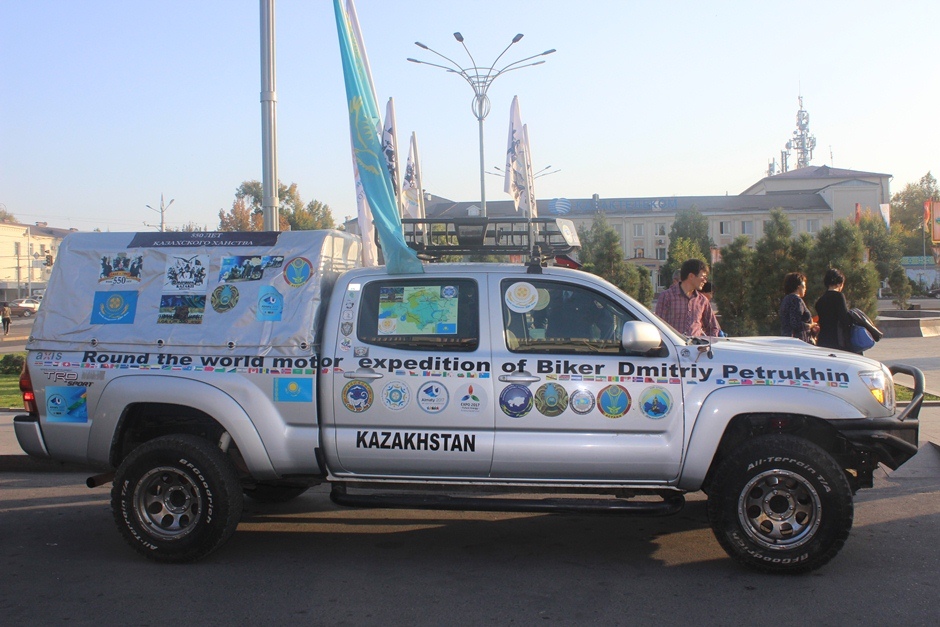 This event reflects a historical value of the routes that existed in the period of the Kazakh Khanate, moreover, it forms patriotic upbringing among the young people. The moto expedition promotes respect to homeland, military values, strengthens civic responsibility of young citizens. The moto expedition became a separate event in celebration of the anniversary in all regions of the country at the national level.

-I started from Astana on September 10. Today is the last day, the end of the moto expedition and we celebrate the 550th anniversary of the Kazakh Khanate, I would like to mention, that the southern regions of Kazakhstan, especially Kyzylorda, Shymkent and Taraz were distinguished with special hospitality, — said the participant of moto-procession Kim Roman.

The moto expedition lasted about 40 days and became one of the biggest events on the number of participants, as it covered all regions of our country. In turn, the patriotic banner with the symbol of the 550th anniversary of the Kazakh Khanate was delivered to Taraz.