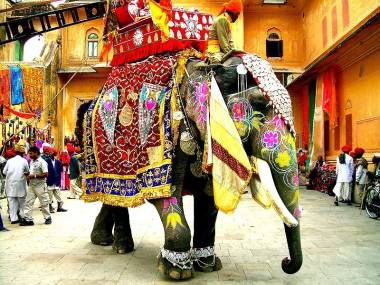 The work was about identification unstudied or neglected written source on Persian and Turkic-Chagatai and eastern miniatures from the life of rulers.

In Iran and India were found the forgotten manuscripts of life of the Kazakh khans. The senior researcher at the Institute of Oriental Studies named after R. Suleymenov of Committee of the Ministry of Education and Science Galiya Kambarbekova told to journalist of BNews.kz.

Under the state program «The people in the steam of history» Galiya Kambarbekova worked in rare funds of Iran, in Tehran and Qom, after she has gone to India with famous scientist Indogologist, Ph. D. Laura Erekesheva.
According to the scientist, we faced with a difficult task to identify new information about the diplomatic correspondence of the Kazakh khans, also information from the life of Kazakh people and the state. With this aim historians visited International Centre of microfilms «Nur» in Delhi, library and museum «Salar-i jung» in Hyderabad, Oriental manuscripts called Khuda-Bakhsh in Patna and Raza library in Rampur.

«Our work was to identify previously unstudied or neglected written sources on Persian and Turkic-Chagatay languages, also eastern miniatures from the life of Turkic rulers. And we were able to identify several valuable manuscripts and miniatures. Among them we can emphasize several manuscripts in Persian that contain information about Kasym Khan, Tauekel Khan and Tauke Khan «- said Galiya Kambarbekova.

As scientist noted, in Oriental studies everything that scientists find is well forgotten old.

«One of those good 'forgotten' manuscripts called» Shah Ismail Safavi, «which contains a collection of information about Kasym Khan, his diplomacy, politics, appearance, as well as his army. Another manuscript called „Silsila al-Salatin“, which contains information about Tauekel Khan (Tawakkul), that he died in Andijan after being wounded at the battle in Bukhara. These manuscripts tell about the diplomatic correspondence of the Muslim rulers», — said Galiya Kambarbekova.