SWITCHING TO THE LATIN ALPHABET – UNITE ALL KAZAKH PEOPLE 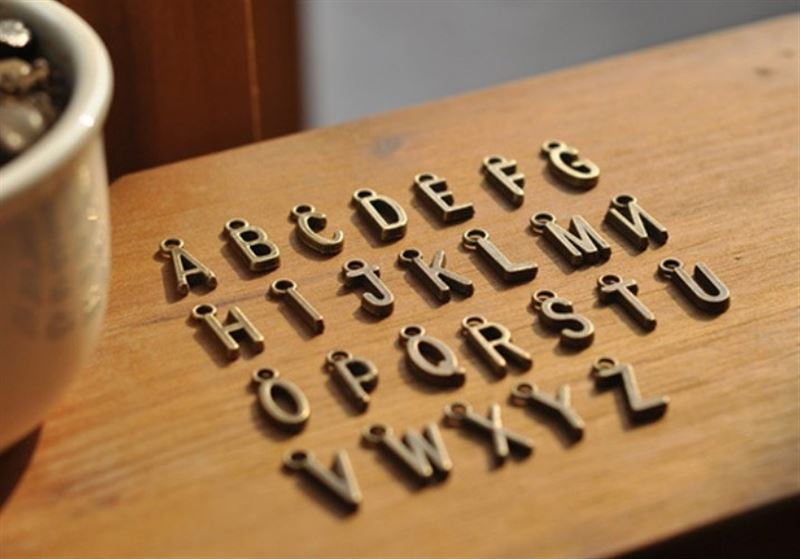 An idea of Alash intellectuals to switching to the Latin alphabet had worked on the stage of history for only a few years, and then it has changed to the Russian Cyrillic. At the time of gaining independence, this issue was raised again.

The First President of our country noted in his enactment “Focus on the Future: Rukhani Zhangyru” that a native language of our country should be shifted to the new alphabet gradually. Since then, this issue has undergone a positive change in public discussion and was occurred again.

“Public consciousness demands not only the foundation of the basic guidelines of modernization, but also the implementation of specific projects that we need to meet the difficulties of this time. In this case, I propose the number of projects that must be checked seriously in the coming future. Initially, we need to start an immediate shift of our mother tongue to another caption. We are deeply aware of the necessity for the beneficial consistency in this case, and we have been focusing carefully to address it since independence”, said Elbasy. 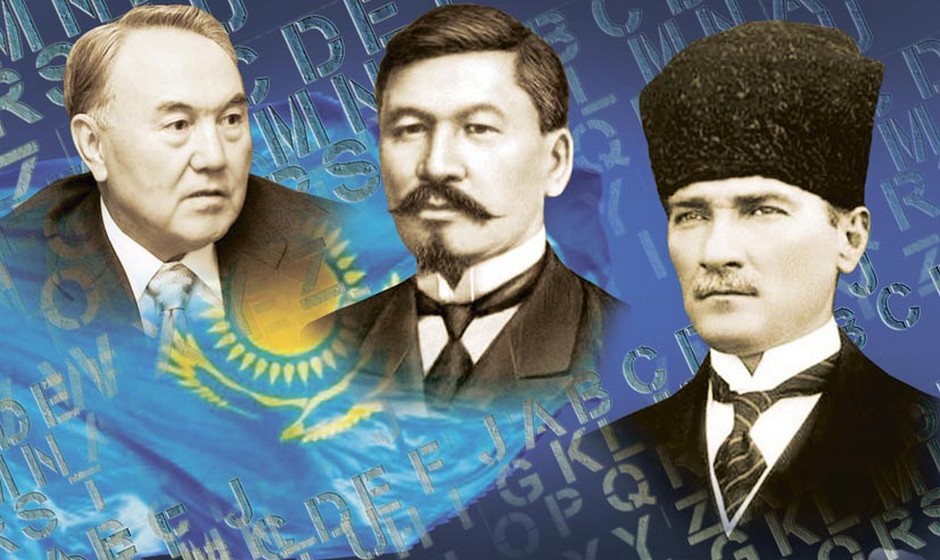 Looking back at the historical timeline, the decree from June 1924 had reduced a significance of the alphabet, that had been used for the centuries in the nation's history, and argued that in the 1930s and 1940s the nation's intellectuals had been compulsory to switch to the updated alphabet. The reunion with the new caption, compiled by Alash intellectuals, seemed to be the highlight of the day. That idea of ​​the Alash intellectuals had made a sense on the stage of history for only a few years, and then moved to the Russian Cyrillic. During the time of gaining independence, this issue was raised again.

The first opinion on the transition to the Latin alphabet was made by academician Abduali Kaidar. The correspondent began with an article by the scientist, published in the newspaper “Ana Tili” on October 24, 1993, entitled “The Latin script has great prospects”. A scientist cited following reasons for the rapid movement of Latin (Kazakh) writing to the Russian graphics in the twentieth century: he replaced the Arabic caption used by the peoples with another alphabet. Even though this happened in Turkey, in 1928. Since the Latin script had been adopted as the Turkish caption, Soviet leaders feared that cultural ties between the Anatolian Turks and the Turkic-speaking peoples of the Soviet Union would increase in 1939-1940. Then, they were given six different kinds of the Cyrillic script.

Therefore, a scientist is pursuing a policy of alphabet replacement now, contemplating that the Latin caption, that is officially accepted as an extra-national phonetic transcription, must be applied as an example of accurate marking of “Linguistic facts” with a “High level of interethnic, international, global spread”. The views on the substitute of the alphabet were the subject of heated debates and ideas by the scientists and journalists on the initiative of an Academician Abduali Kaidar and the President. Many articles on this topic were published in periodicals. The views and mindsets of the authors of articles with different professions and ages, as well as different activities are also diverse. The main arguments that brought the public's attention were: entering a global arena, mastering the language of science and technology, rapprochement with the technologies of a new century (such as computer, telephone, Internet), bringing literature, art, custom closer to the intersection of civilizations, creating opportunities for young people to learn the international phrases.

At the meeting, the First President of the country instructed not to ignore the trial of neighboring countries, that were replaced to the Latin alphabet. At TURKSOY meeting, which was established to explore the Turkic culture and art, and promote it at the world level, Turkic-speaking countries supported the transition to the Latin alphabet unanimously. Although the languages ​​of the Turkic peoples are similar, they still write in different alphabets, and the writing of the Turkic-speaking countries that use the Latin alphabet has not been harmonized yet. A well-known scientist, turkologist Abuakap Kara said: “There are some mistakes in the creation of the Latin alphabet. Kazakh language is a pure language. No matter what region of Kazakhstan, people understand each other very well. Now, the problem is that in order to switch to the Latin alphabet, it is necessary to pay attention to the preservation, spelling and pronunciation of letters such as “Ұ”, “Ү”, “У”, - he said, referring to the problem of the alphabet in the Turkic world. Despite the above-mentioned instructions of the President and the importance of the transition to the Latin alphabet, to date this issue has not gone beyond the discussion and recommendations. The vision of the gradual transition of the Kazakh language to Latin, that was raised in the article of the Elbasy Nursultan Nazarbayev “Focus on the Future: Rukhani Zhangyru”, is revived now. In this article, the President spoke about the history of Kazakh writing and said that starting from 2025 we should begin the transition to the Latin script.

“After the conversion of our people to Islam, the runic inscriptions were gradually replaced by the Arabic language and the Arabic alphabet”, he said. From the tenth to the twentieth century, the Arabic alphabet had been used in Kazakhstan for 900 years. On August 7, 1929, the Central Executive Committee of the USSR and the Presidium of the Council of People's Commissars of the USSR adopted a resolution on the introduction of a new Latinized alphabet – the “United Turkic Alphabet”. The Latin alphabet was used from 1929 to 1940 and was converted to Cyrillic later. The law “On the transfer of the Kazakh script from the Latin alphabet to a new alphabet based on the Russian graphics” was adopted on November 13, 1940. Thus, the history of changing the alphabet of the Kazakh language has been determined mainly by specific political reasons. In the Strategy “Kazakhstan-2050”, announced in December 2012, I stated that “Starting from 2025, we must begin the transition to the Latin alphabet. This means that from that moment, we will begin the transition to the Latin alphabet in all areas”, said the Elbasy Nursultan Nazarbayev.

At a time when the political, economic, scientific and international issues of our country are becoming more and more important, the necessity of learning the Latin language for Internet users will not decrease. Secondly, this idea is the main idea of ​​uniting the Turkic-speaking people.

The history of writing used by the Kazakh people have gone through several stages. Our great ancestors, the Saka, Hun, and Kangli tribes, used the ancient form of “Door writing”. This inscription was used by Uisun, Kangly, Kipchak and other tribes that formed the basis of the Kazakh people. Then, in the golden age of the Turks, our ancestors brought to the stage of history the “Runic inscription” engraved in stone. The main gold reserves of these monuments were found along the Orkhon-Yenisei and Talas rivers. After the Turkic script, the “Uyghur script” appeared on the stage of history. This inscription was mostly used by the tribes in the south-east parts of the country. There was an Arabic script in Kazakh history that lasted for several centuries. This inscription has been used since the 8th century (Chinese Kazakhs). In the first quarter of the twentieth century, the Kazakh script was converted to Latin script and then to the Cyrillic. All this is the basis of the history of writing used by the Kazakh people.

Elbasy Nursultan Nazarbayev, in his article “Focus on the Future: Rukhani Zhangyru”, suggested the idea of ​​switching to Latin, based on the support of our readers, and decided to add the following suggestions:

First of all, it is the rapprochement of common literature and art. For example, Kazakhs in China are translating our works written in Cyrillic directly, and we are translating their heritage into Cyrillic and publishing the volumes of books. All this, in return, wastes a lot of money. Wouldn't it be nice if all of this came together in one system? It is possible to explore the Turkic literature, culture and art with maximum study. 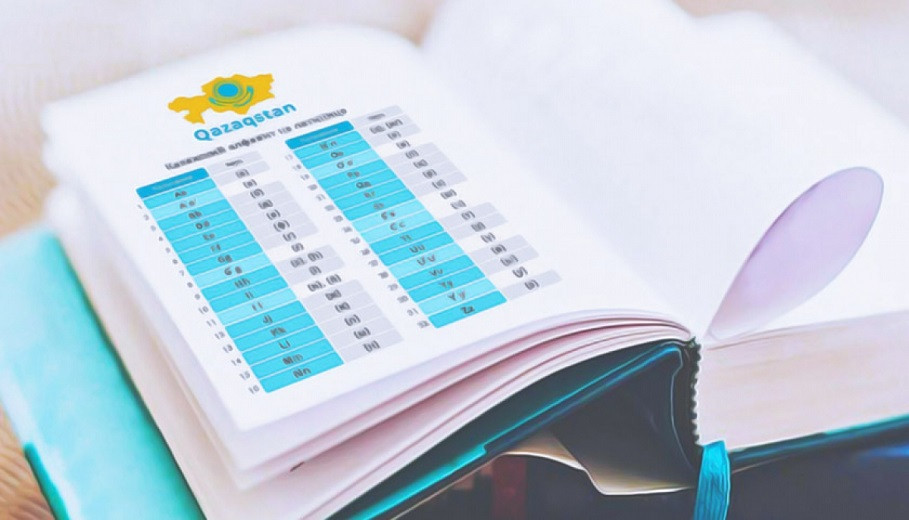 Secondly, the Latin script plays an important role in bringing the history, culture and spirituality of the Turkic world from Baikal to Balkar together, for the joint study of common issues of the Turkic world by our scientists (the work of the International Turkic Academy shows the importance of this issue).

Thirdly, the science and technology, computers and robots, and even social networking languages ​​may become the common systematic languages in the future. In this sense, if we teach ourselves Latin script, we can prevent or improve these difficulties. For example, we will mention the Kazakh equivalents of the language of science and give them a common translation name.

Fourthly, we sequence the correspondence of the laws of graphization (letter marking). That is, the requirements for the sound marking, viewing, reading, writing of the letter.

Fifthly, it is true that the Latin alphabet is used in all areas of the world. You can see that all medical names, mathematics, physics, chemistry formulas, many terms, scientific literature related to the specialties – all are associated with the Latin alphabet. From this point of view, we believe that Latin graphics will not be difficult to connect the Turkic world, the common opportunities in all areas.

There is no doubt that there will be difficulties. But it is impossible to be indifferent to the development of the Turkic world, that has an equal window with the countries of the world, united in spiritual power. Japan, which has a high level of national language, has also raised the Latin script to the level of a second language for the convenience of scientific research and communication. Therefore, it is necessary to raise the project of Latin graphics, supported by the President, to the national level as the “Megaproject”, inheriting it from all of us. It is impossible to see the results of any work without a plan for the transition to the Latin graphics.

Author: Altynbek Humurzakh
Use of materials for publication, commercial use, or distribution requires written or oral permission from the Board of Editors or the author. Hyperlink to Qazaqstan tarihy portal is necessary. All rights reserved by the Law RK “On author’s rights and related rights”. To request authorization email to mail@e-history.kz or call to 8 (7172) 57 60 13 (in - 1163)
Қазақша Русский English
MOST READ
Month Year
Burial mounds of the southwestern part of the Semirechye region
Union of the Archives and Library
The referendum on the Constitution is a significant stage of democratization
Heroic mothers of the great steppe
Philosophy of the Emblem
14 monuments at Tekturmas
The rural akims: the country's hope is in the elections
Kazakh historical drama Tomiris premiered in Istanbul
Stolypin about the worries and hopes of immigrants to the Kazakh steppes
ALASH IDEA IS THE PROTECTION OF KAZAKH STATEHOOD
A tireless explorer of the Kazakh land
SWITCHING TO THE LATIN ALPHABET – UNITE ALL KAZAKH PEOPLE
Kunaev Dinmukhamed Akhmedovich
People who eat horses will kill you
Kazakhstan's participation in the Winter Olympics has a long history
Materials on theme
Kazakhstan sports in documents
Mukhtar Shakhanov on eternal problem of the nation
CULTURE OF AZERBAIJAN
Qurultay - the witness of prosperity of Kazakhstan