Home News A tireless explorer of the Kazakh land

A tireless explorer of the Kazakh land 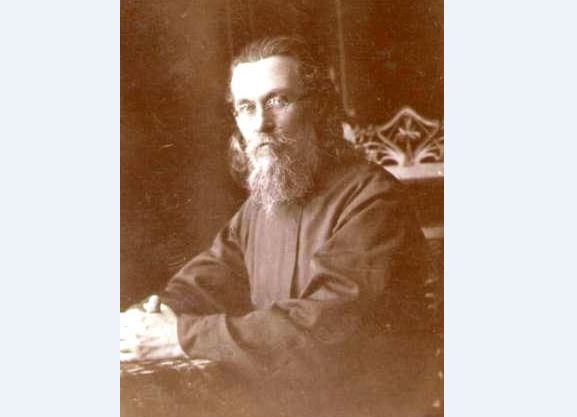 Boris Gerasimov made a huge contribution to the local history of East Kazakhstan. He combined the jobs of the church service with teaching. Boris Georgievich was fluent in Latin, Greek, English and French, read Russian and foreign classical literature, and was useful in the field of education with his rich knowledge.

Boris Georgievich Gerasimov is a Russian local historian, founder of the Semipalatinsk subdivision of the West Siberian branch of the Russian Geographical Society (1902). He made an invaluable contribution to the study of his native land.

Also, he is the son of a lower rank Russian military exiled to Siberia from St. Petersburg. After graduating from the Tomsk Theological Seminary, he married and was ordained a priest in the village of Glubokovskoye in the Zmeinogorodsky district of the Tomsk province.

In 1901, he was sent by the church authorities to the new St. Nicholas Cathedral in Semipalatinsk, where he became interested in ethnography and archeology. Since 1905, in addition to serving in the church, he taught at the local teachers' seminary.

In December 1922, he was accused of a counter-revolutionary conspiracy, but only in 1925, he was removed from all scientific and public posts. In 1931, the church under his care was taken away by the Soviet authorities.

He was arrested on August 28, 1937 for allegedly creating the “Spy organization of the churchmen”. He didn't sign any false statements. On November 19, 1937, he was sentenced to be shot. The verdict was carried out on New Year's Eve from December 31, 1937 to January 1, 1938. It is known that Gerasimov wrote the work “History of the Kazakh People”, that was not published at that time. Unfortunately, this manuscript has not survived. According to the testimony of Gerasimov's daughter, it was acquired by one scientist from Kazakhstan. Only the preserved scattered parts of the manuscript were transferred to the regional archive randomly. Some excerpts from it are published by the Qazaqstan Tarihy portal.

There have been moments in life of the Kyrgyz people, when they found themselves literally in a hostile ring of the different nationalities. So, in the first half of the 18th century, the Kyrgyz people were attacked from the east by the Mongols, from the south by the Dzungars or Kalmyks, from the west by the Volga Kalmyks, from the north by the Bashkirs and Siberian Cossacks. The position of the people was threatening. Well, did the Kyrgyz people die or melt into the mass of other hostile nations? No. Having endured a lot of suffering, he heroically defended himself and even ousted his enemies – the Bashkirs and Kalmyks from the ancient Kazakh lands.

But the Kyrgyz are strong people, and they have a spiritual relation. He singled out many outstanding personalities, the appearance of which testifies to the large reserves of the spiritual strength of the Kyrgyz people.

Kassym khan is a prominent Kazakh statesman. His reign became the era of flourishing the Kazakh state. Also, he did a lot for its formation and development, he even managed to avoid the struggle for the power and civil strife. In accordance with the historical records, Kassym had a special ability to communicate with people and pronounced the leadership qualities that allowed him to organize others. According to Zahir ad-din Babur, the founder of the Mughal empire, no Kazakh khan or sultan had such an influence on the masses that Kassym khan had.

Syrym-batyr is the Kazakh batyr, organizer and leader of the anti-colonial, national liberation struggle of the Kazakhs in the first half of the 19th century. In 1783, an uprising of the peasants broke out in the Younger Zhuz under the leadership of the foreman of the baybakty clan Syrym Datuly. Nine years earlier, S. Datuly headed the Kazakh detachment that fought on the side of Yemelyan Pugachev in the peasant war of 1773-1775. It is definitely true that Syrym's participation in this war was inconsistent. “Fed up with Pugachev”, he found himself on the side of the tsarist authorities; then again adjoined the rebels and fights with the Ural Cossacks. S. Datuly was captured and imprisoned, from where he was ransomed by Nuraly khan. But since the time of Syrym, he also departed from this ruler.

So to speak, all this was a prelude to the revolt of the Sharua under the leadership of Syrym Datuly. It was anti-colonial and anti-feudal. The reasons for the uprising were land tightness, the prohibition by the tsarist authorities of pastoralists to move to the right bank of the Ural River, infringement of the rights of clan elders, robbery and violence against the people by Nuraly khan and the sultans, the Ural Cossack army and the tsarist administration. In the winter of 1782-1783, the foremen of the Ural Cossack army stole more than 4 thousand horses from the Kazakhs of the Younger Zhuz, who crossed the Ural River. In the conditions of the jute, a cattle driving had a heavy impact on the farms of the peasants, who were the main driving force of the uprising.

Abylai Khan (1713 - 1781) is an outstanding khan of the Kazakhs. The offspring of one of the dynasties of the Kazakh Chingizids from an early age was destined to become a participant in many historical events of the 18th century. He was not only a witness to the ups and downs of his country, but also the leader and inspirer of its revival as a state. In reality, Abylai kept himself independently, and all his efforts were aimed at saving the Kyrgyz people from a political slavery. No doubt, Abylai is a great statesman and diplomat. Therefore, he was very popular in the Steppe. In addition, the difficulties that the future khan experienced from his childhood, contributed to Abylai's early intervention in the life of the state. According to the stories of representatives from oral literature, such as Bukhar zhyrau, Umbetey zhyrau, Abylai was distinguished by the courage and fearlessness by his twenty years.

Kenesary began his military operations against Russian colonization while still being the Sultan. The spring of 1838 had been marked by the siege and burning of the Akmola fortification by the troops of Kenesary. This was the beginning of his liberation movement. Nur-Sultan, the new capital of Kazakhstan, has grown on the site of the Akmola fortress now.

However, this means little in and of itself. In October 2009, it became known that the Kazakh authorities had allowed themselves to throw the unleashed monuments to the first Kazakh khans Kerey and Zhanibek on the uncultivated ground in Nur-Sultan. In the problem of preserving the heritage of the last khan Kenesary, the contradiction and inconsistency of the authorities of Kazakhstan is traced as well.

The representatives of the three Kazakh zhuzes elected Kenesary Khan on September 7, 1841. The Kazakh Khanate was restored de jure. Kenesary proclaimed himself a “Gatherer of Kazakh lands” – a restorer of the integrity of the territorial boundaries of Kazakhstan during the time of Abylai khan, set the goal of preserving the full independence of the lands that were not part of Russia.

As it is described in the official historiography of Kazakhstan, Kenesary entered a historical arena as the successor of the work of his grandfather, Abylai khan, in conditions when a threat hung over the independence of the three regions of Kazakhstan, that continued to maintain a political isolation due to the massive uprisings of the Russian colonial troops.

The features of the Kazakh people

Thus, we do not only see a slavish admiration of the Kyrgyz people before the khan's power, but, on the contrary, we note a remarkable phenomenon: firstly, the people stand guard over their interests and rights, and secondly, they value their national dignity.

Even from the given cursory historical information about the destinies of the Kyrgyz, it is clear that these people don`t belong at all to the number of those peoples who are threatened with extinction, and their comparison with the dying out foreigners of the cold North is unfounded completely.

But let us finally turn into the statistics of the Kyrgyz population and see what they say. According to the Central Statistical Office of the All-Russian People's Census of 1897, they are – 3 million 300 thousand, in 1914 – 4 million 500 thousand, in 1920 – 6 million 100 thousand, and in 1925 – 6.5 million. This is a vivid picture of the physical strength of the Kyrgyz people.

Author: Arman Suleymenov
Use of materials for publication, commercial use, or distribution requires written or oral permission from the Board of Editors or the author. Hyperlink to Qazaqstan tarihy portal is necessary. All rights reserved by the Law RK “On author’s rights and related rights”. To request authorization email to mail@e-history.kz or call to 8 (7172) 57 60 13 (in - 1163)
Қазақша Русский English
MOST READ
Month Year
Burial mounds of the southwestern part of the Semirechye region
Union of the Archives and Library
The referendum on the Constitution is a significant stage of democratization
Heroic mothers of the great steppe
Philosophy of the Emblem
14 monuments at Tekturmas
The rural akims: the country's hope is in the elections
Kazakh historical drama Tomiris premiered in Istanbul
Stolypin about the worries and hopes of immigrants to the Kazakh steppes
ALASH IDEA IS THE PROTECTION OF KAZAKH STATEHOOD
A tireless explorer of the Kazakh land
SWITCHING TO THE LATIN ALPHABET – UNITE ALL KAZAKH PEOPLE
Kunaev Dinmukhamed Akhmedovich
People who eat horses will kill you
Kazakhstan's participation in the Winter Olympics has a long history
Materials on theme
The reserve-Museum of Abay in Semey, became an industry leader
The 170th anniversary of Abai: the path of Abai and his disciples
Akmola oblast: a historical feature
The moto expedition devoted to the 550th anniversary of the Kazakh Khanate