A Quick Glimpse Into Aktobe&#039;s History 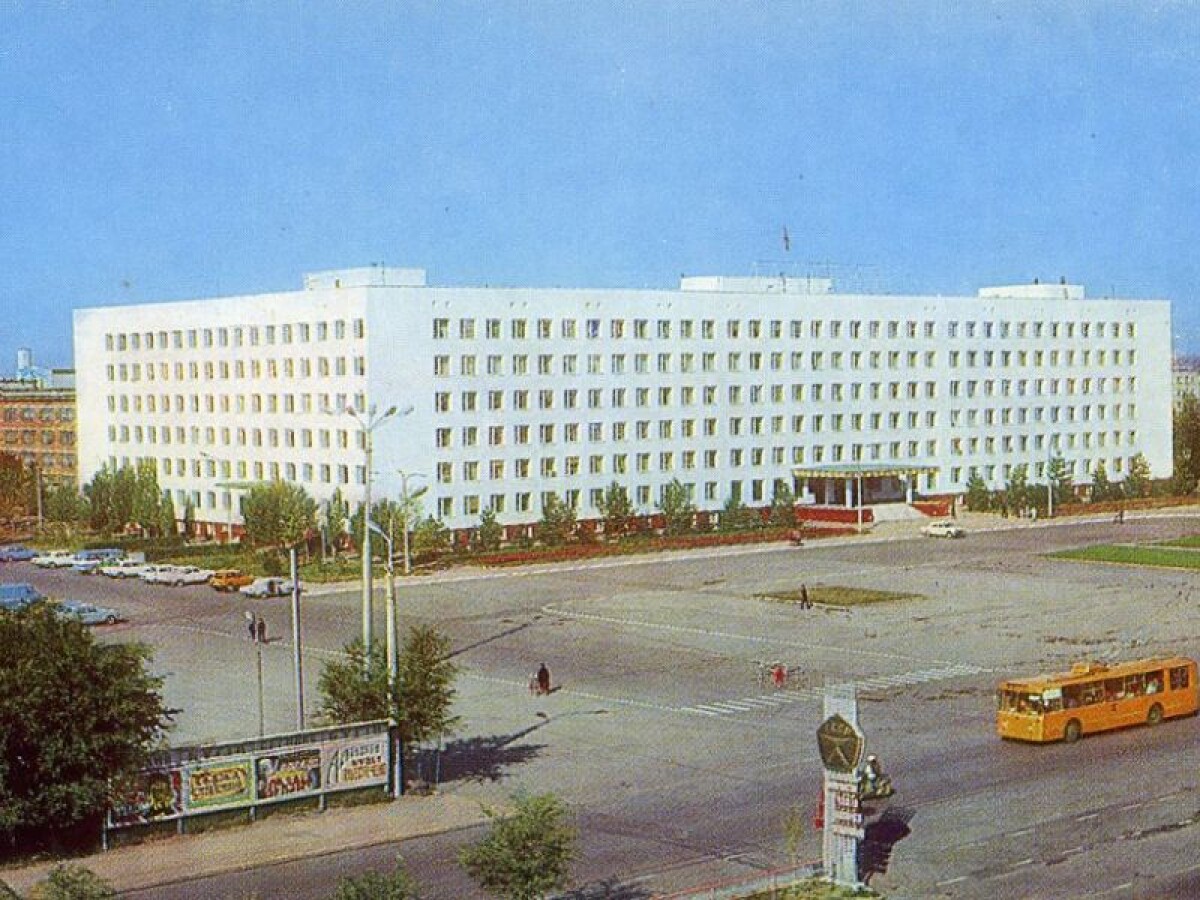 During the first half of the 19th century, the Russian Empire was dealing with the expansion and strengthening of its already vast borders in the southeast region. Its priority was to create a stronghold line for economic and political penetration of the Empire into the territory of Central Asia, especially Kazakhstan. Thus, by building the fortifications in the Kazakh steppe, Russia reached the Aral Sea by 1848 and the coast of the Syrdarya, coming very close to the khanates in Central Asia. The further advancement of the Empire was prevented by fortress Akmeshit (later became Kyzyl-Orda) planted in 1820 on Syrdarya shores. On July 2, 1853, the second expedition of Perovsk consisting of 2,167 people arrived in Akmeshit, thoroughly equipped and prepared.

"The purpose of the campaign - wrote a participant of the events - was the noble defence of the oppressed." The fortress Akmeshit fell... The Orenburg border line moved to the Syrdarya. In October 1868, the tsarist government issued a "Provisional Regulations on Governance in the Steppe Regions", which restricted the rights of the indigenous population of the region. As a result, disgruntled and raised uprisings broke out. Two hundred Cossacks, under the command of Lieutenant Colonel Kutorozhin, were sent from Orenburg to the Turgai steppe. The instructions he received indicated: "... act mercilessly, with an armed hand." By the spring of 1868, the uprisings of the steppe people were brutally suppressed. Nevertheless, in early May, the second detachment from Orenburg was sent to the interfluve of the rivers Ileka and Khobdy, consisting of two companies of infantry, hundreds of Cossacks and 14 artillery pieces. The commander of the troops was the adjutant wing, Count Borch. 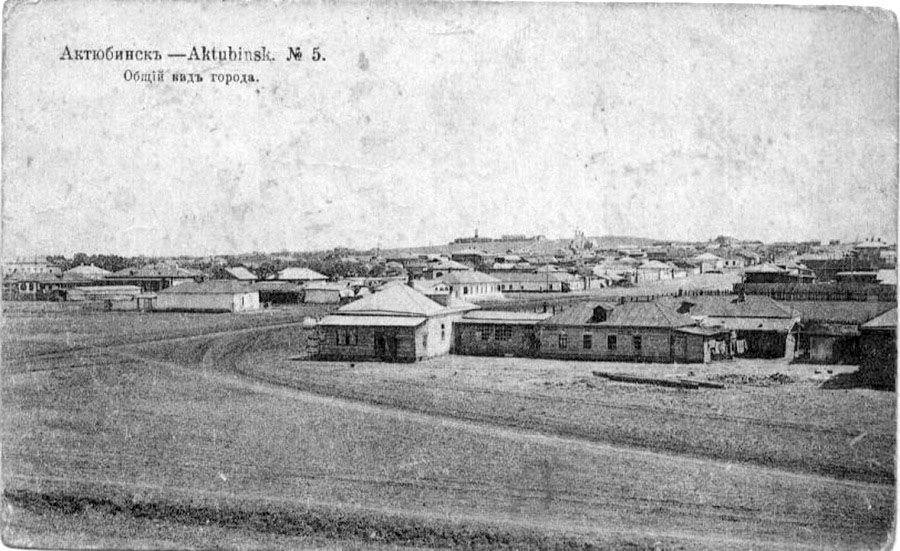 On May 14, 1869, the detachment arrived in the Aktobe tract (White Hill). The soldiers ended up in boundless steppes, covered with a grey roofing blanket and dotted with bright floral ornament. For hundreds of miles, there was not a single human habitation. Only occasionally did the silhouettes of the nomadic cattle rushing through the horizon. The conductor accompanying Borja told him the legend of the white hills rising above the old channel of Ilek. "Once upon a time in ancient times," he told the accompaniment of dombra at a fine evening, "lived in the steppes of the mighty and successful Batyr Karasai." Nobody could defeat him in a fair fight, then the enemies cunningly lured him into an ambush and treacherously killed. They did not allow the batyr to be buried in the ground, but ordinary people buried him, folding a huge white hill over the grave, the hordes of many invaders passed through the Aktobe tract, the sound of steel sabers and the whistling of arrows were heard here, and the batyr's grave was a silent witness of the past sacredly guarding the events of the past days for the distant descendants of the freedom-loving steppe inhabitants ... "After arriving in the tract of the military governor, the soldiers began building the fortress.

On May 19, 1869, under the roar of artillery guns, the process of strengthening of "Ak-Tobe" began. The fortress was built on two hills. There were guard areas built along with guardhouses and weapon rooms. Later, soldiers built basements for storing food and ammunition. For the construction of houses, they used Saman – a handy natural material. To the white hills uncomfortably bent a few ingrown into the ground lame huts with earthen floors. On all sides, they were lashed with steppe dry winds, sprinkled with fine prickly sand and yellow dust. Strengthening grew. In the south-east of the fortress, the first houses paved the way to forming two streets called Krepostnaya and Gorizonnaya. A few years later, Alexandrovskaya (then Libnecht, now Sherniyaz Street) and Orenburg (formerly Lenin, now Aiteke bi) streets were formed. The rumours about the fertile, suburban lands for farming and the fact that the local population did not deal with them, quickly spread among the peasants of the central Russian provinces. From 1878, the first settlers – the peasants from Ryazan, Voronezh and Tambov provinces started to arrive. Encountered by the indigenous population’s undisguised unfriendliness, the settlers quickly got along with the Kazakh people living in poverty. In 1886, a new party of settlers from the Astrakhan province arrived, after which they settled in a suburb, later called by the local people as "Otorvanovka".

On May 29, 1891, the military fortification of Ak-Tobe received the status of a city and was renamed Aktyubinsk. Subsequently, it became part of the Turgai region. Approximately at the same time, the construction of the railway line began linking Orenburg with Tashkent. In 1901, a railway passed through the city. When the first branch of the railway was laid, and the first passenger trains began to pass through the city, the first hotel emerged in the city, which was called "Russia" (the 11th school nowadays). On the wasteland, there was a railway station square, and later - a water tower.

Aktyubinsk managed to maintain a slow but stable pace of development. By July 1886, the number of households in the settlement reached 177 with 2,263 people already living in the town by 1895. In the history of the city of Aktobe, the construction of the Tashkent railway in the direction Orenburg-Tashkent takes a special place. This railway passed through Aktyubinsk and had a positive impact on the growth of the city's economy. In the first half of the 20th century, the current city of Aktobe passed through administrative transformations and reforms from the district to the province. And also during the Soviet period, the city managed to have been the center of several administrative-territorial units, including Aktobe province, Aktyubinsk region, Aktobe district, Aktobe district and Aktobe district. Very closely touched Aktyubinsk Great Patriotic War. Here, the 101st National Rifle Brigade, the 312th Rifle Division, the 29th Mortar Regiment and other military units and units were formed. 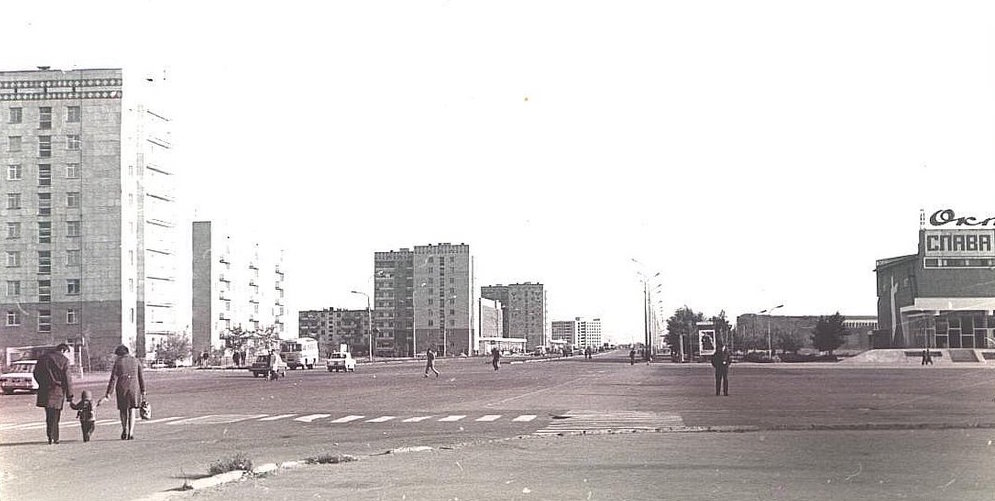 That is why the first local street was named Vodoprovodnaya, which was home to many railway workers who worked at the Depo and at the station. In 1939 – 1940, the construction of the first ferroalloy plant in the republic started in Aktyubinsk. On March 10, 1932, Aktyubinsk became the centre of the Aktobe region. The 1960s saw the massive construction of residential micro-districts and apartments. In 1977, Aktobe became the centre of the West Kazakhstan Railway. On March 11, 1999, according to the Decree of the President of the Republic of Kazakhstan, the city of Aktyubinsk became known as Aktobe. The city is home to over 400 thousand people. There are factories of ferroalloys, a factory for the production of X-ray equipment, agricultural machinery enterprises and an ongoing production of oil equipment. Moreover, there are medical and pedagogical universities and a summer academy, etc. Townspeople and people from different places who came to work at plants in the city settled near their workplaces. Thus, around the plant, there was a residential town, which, amongst the people was called Zhilgorodok. Now the city is officially called Aktobe.