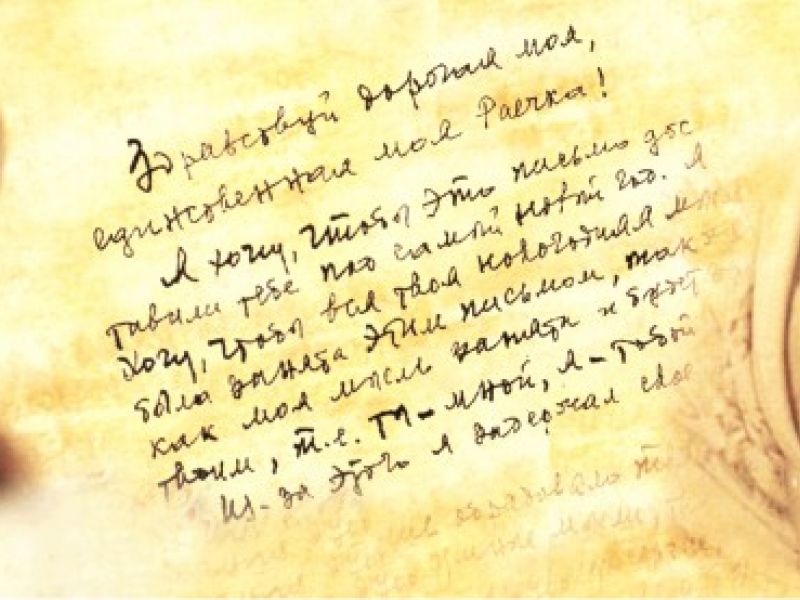 Love of his life - Dilara Zhusupbekova, Ilyas met in Alma-Ata. They met at the opera house. Love between young people broke out immediately. Incredibly beautiful face, statuesque, amazingly graceful, she attracted the eyes. To match the outer beauty there was beauty inside. And the girl liked officer with medals. 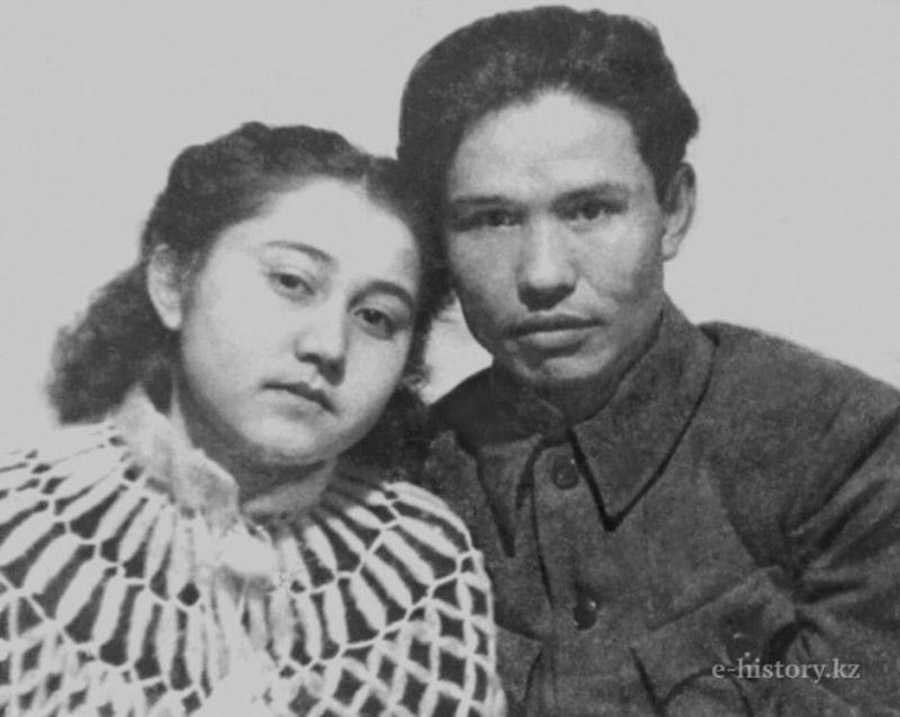 Father of Dilara apai was arrested on ridiculous charges, and shade from the false calumny fell on the young family. But that did not stop Ilyas. In response to her confession, he said: "I love you and want you to be my wife". Despite the hardships, they could carry sincere and pure love through life.

Faithful wife Dilara apai and the mother of his children: Raushan, Karlygash, Dilfruza and Kozykorpesh, she was a real light for the writer. She did not only take care of his manuscripts carefully, created a cosiness in the house, but also never complained, even though the life of the spouses was modest for a long time. Of course, then, along with fame were fees, and financial situation began to improve. But before that there were difficult moments, but she never complained about the fate, and was content with what they had. Also, Dilara apai was exquisite needlework, embroidered panels with her hands and other stunningly beautiful things.

Together the couple lived a little less than half a century. Life of Mariyam Mukanova confirms the words that "behind every great man is a great woman". Mariyam apai was not only the first reader, critic and advisor to Sabit Mukanov, but also his muse. She knew lots of the great literary figures of the last century, and provided all possible support to her husband. And the hospitality of that woman composed legends. Together they raised six children. 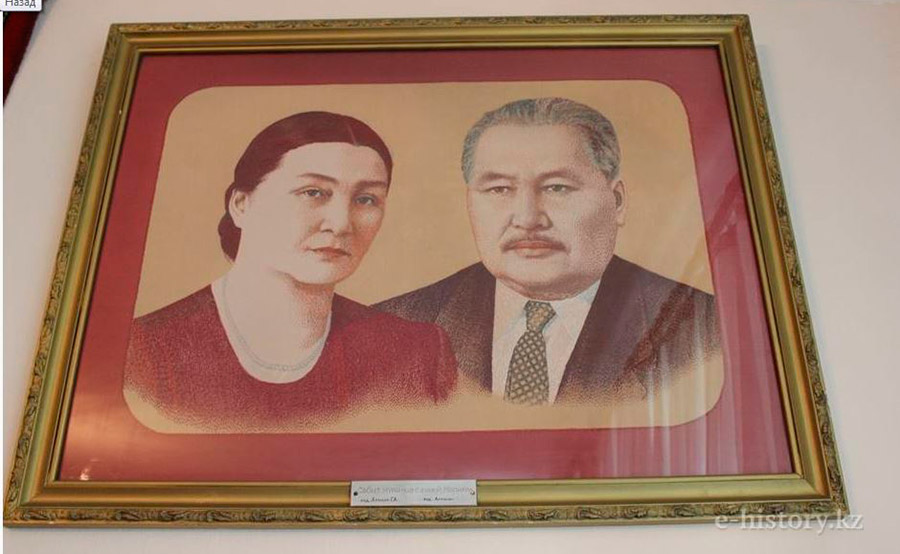 Kindness and wisdom - the main qualities of the writer’s wife - helped Sabit Mukanov concentrate fully on the job. For many people, she was an example of what should be the real mother and wife. Mariyam apai said that she was a happy woman, lived with Sabit for 47 years and I could not complain. I would be happy, even if now God took me to heaven.

Saken met with Gulbakhram in Kyzylzhar. Wishing to know her better he came up with the reason of bringing a letter from the brothers. Tall, white-faced, with two black braids to the floor, she was in a modest print dress and Saken, as always, was elegantly dressed in the European style. To entertain the girl, friends played the dombra and sang songs. When Gulbakhram asked for brothers’ letter, Saken said that he forgot it in the hotel, and set up a meeting for tomorrow. Saken saw in her an extraordinary girl, who preserved the charm of the steppe education.

The next day Saken suddenly asked her to marry him. Gulbakhram refused, saying that the simple aul girl could not be a pair of such a man with hat and cane. Saken said to her then: "If you do not like, I cannot wear a hat and a cane". Saken wrote her letters and her heart gave out such an attack. In December 1926, they were married in Kyzylorda. From that day Gulbakhram became not only his beloved wife, but his friend and assistant. Saken and Gulbakhram had two children: daughter Laura and son Ayan. Unfortunately, both children died at an early age. 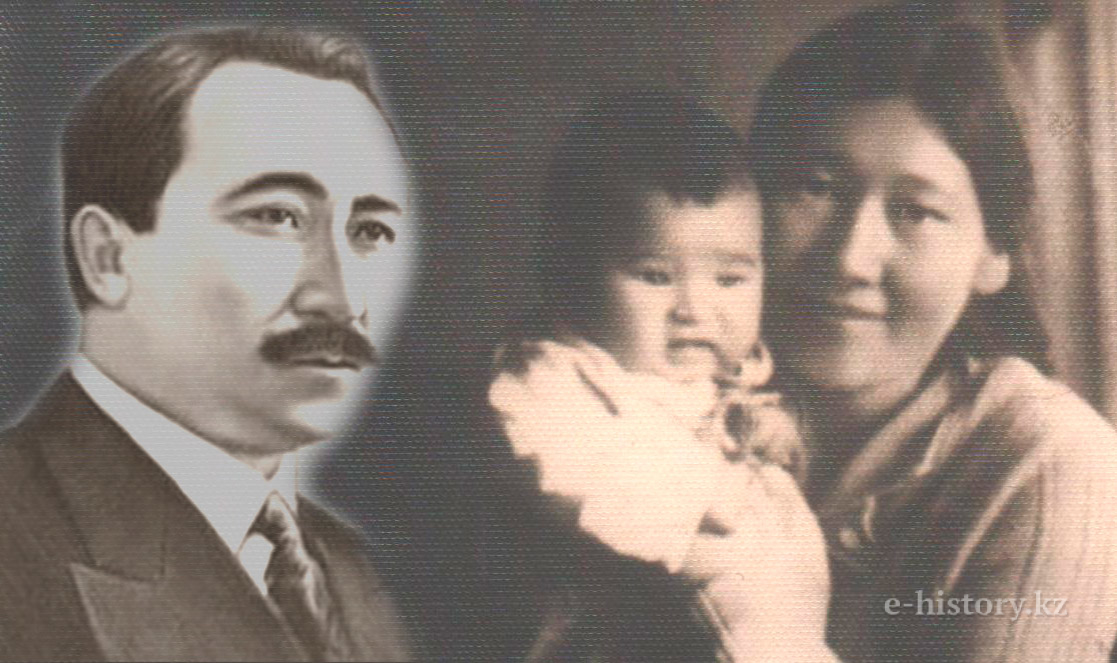 When Saken was arrested Gulbakhram was only 28 years old. Abandoned and rejected by everyone, Gulbakhram was forced to seek refuge with their relatives.

When she awoke from the shock, she again gained strength to resist and to fight. She upholstered thresholds of the NKVD, trying to learn about the fate of Saken, and she met with the charms of Akmola camp of traitors to their country wives. But nothing could humiliate her. She knew she had to survive and to be worthy of her beloved.

When Saken was posthumously rehabilitated, Gulbakhram came to celebrate his birthday in Karaganda, she brought gifts to all and went to the meetings. Her eyes shone with joy from the fact that Saken’s work was recognized, but the wound in her heart would not heal, she died with Saken, leaving only the shell of a living person, because she had to do everything to defend the honor of her husband to the end.

In 1946 in Tashkent in the library named after Alisher Navoi a student of the Faculty of Philology of the Central Asian University Halima met with Ermukhan Bekmakhanov. He was older than her for 10 years. He was educated, erudite, with an attractive appearance. They are attracted to each other like a magnet: a scientist was experiencing a second youth; he was in love. However, there are serious obstacles that darken their senses: Bekmakhanov is married and has two daughters. When after a while all the tests seemed to be left behind and the long-awaited happiness was very close, Ermukhan Bekmakhanov was arrested.

"After the arrest of my husband, I could no longer remain in Almaty, and left the work, without waiting for dismissal. I went to Moscow to perform my duty: to appeal to the Prosecutor General with a request to protect my husband and to review his case", - says Halima Adamovna. 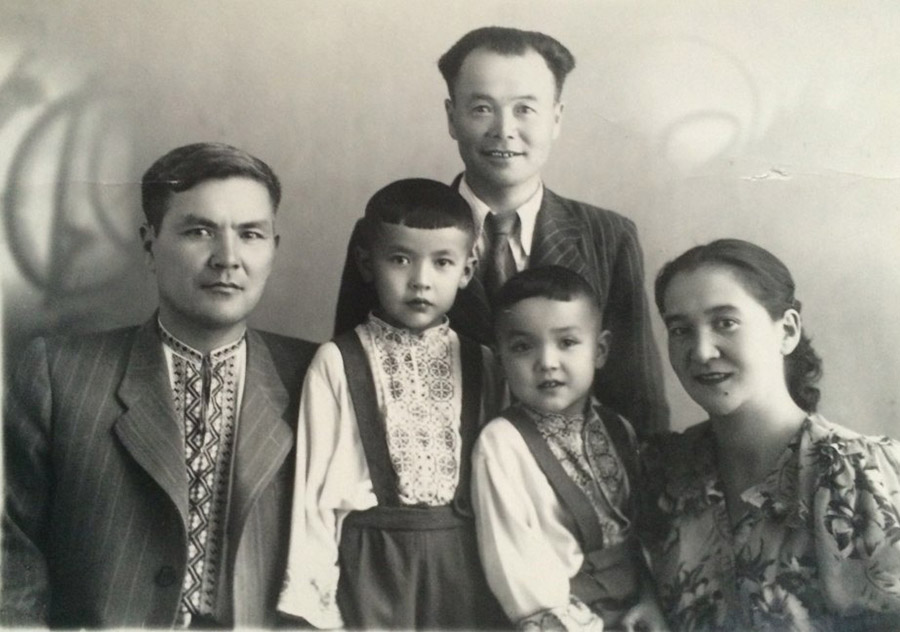 After his release and return to Alma-Ata Ermukhan’s health increasingly deteriorated and his last New Year 1966th, he met with the family and shortly thereafter was hospitalized. He hurried Halima with defense of a thesis, though felt that she would have to pull a family. At 41 Halima was a widow, and, despite the fact that it has been nearly half a century since the death of Ermukhan, she talked about her husband as if they said goodbye yesterday.

"If I was asked, whether true love happened in my life, I would have said, yes. She became my only Raechka" - so wrote about his beloved the Kazakh writer Gabit Musrepov.

In the early 60-ies this passionate affair stirred up the entire Almaty community.In 1962, Gabit Musrepov met the young actress Raisa Mukhamedyarova ("Song Calling") in the building of the Union of Writers and treated her water in his office. After the meeting, he started to come to her more and more often, invited to a romantic stroll. So, Raya Mukhamedyarova imbued with a strong sense of him. Gabit Musrepov played the wedding quietly, at home. When the children were born, the couple happiness knew no bounds, her time Raya Mukhamedyarova devoted to their daughters. Five years Mukhamedyarova dedicated to children, taking care of her husband, helping him in every way. But the soul was torn with violent force to art. Raya went to work in the theater and there were omissions, mistrust, and "well-wishers" whispered: "But how can a man be able to have a child in sixty years?". They broke up.

On the last day of his life Gabit Musrepov wanted to see his beloved. She was invited to say goodbye to him. Raya Mukhamedyarova went into his room. Gabit Musrepov slowly began to open his eyes. "Who are you?" – in a weak voice he asked. And she replied: "It's me, Raya". Writer held out his hand, she squeezed it very hard in hers. The beloved of her life looked at his only Raya the last time, and then closed his eyes forever.

Use of materials for publication, commercial use, or distribution requires written or oral permission from the Board of Editors or the author. Hyperlink to Qazaqstan tarihy portal is necessary. All rights reserved by the Law RK “On author’s rights and related rights”. To request authorization email to mail@e-history.kz or call to (7172) 79 82 06 (ext.111)
Қазақша Русский English
MOST READ
Month Year
Burial mounds of the southwestern part of the Semirechye region
Union of the Archives and Library
The referendum on the Constitution is a significant stage of democratization
Heroic mothers of the great steppe
Philosophy of the Emblem
14 monuments at Tekturmas
The rural akims: the country's hope is in the elections
Kazakh historical drama Tomiris premiered in Istanbul
Stolypin about the worries and hopes of immigrants to the Kazakh steppes
ALASH IDEA IS THE PROTECTION OF KAZAKH STATEHOOD
A tireless explorer of the Kazakh land
SWITCHING TO THE LATIN ALPHABET – UNITE ALL KAZAKH PEOPLE
Kunaev Dinmukhamed Akhmedovich
People who eat horses will kill you
Kazakhstan's participation in the Winter Olympics has a long history