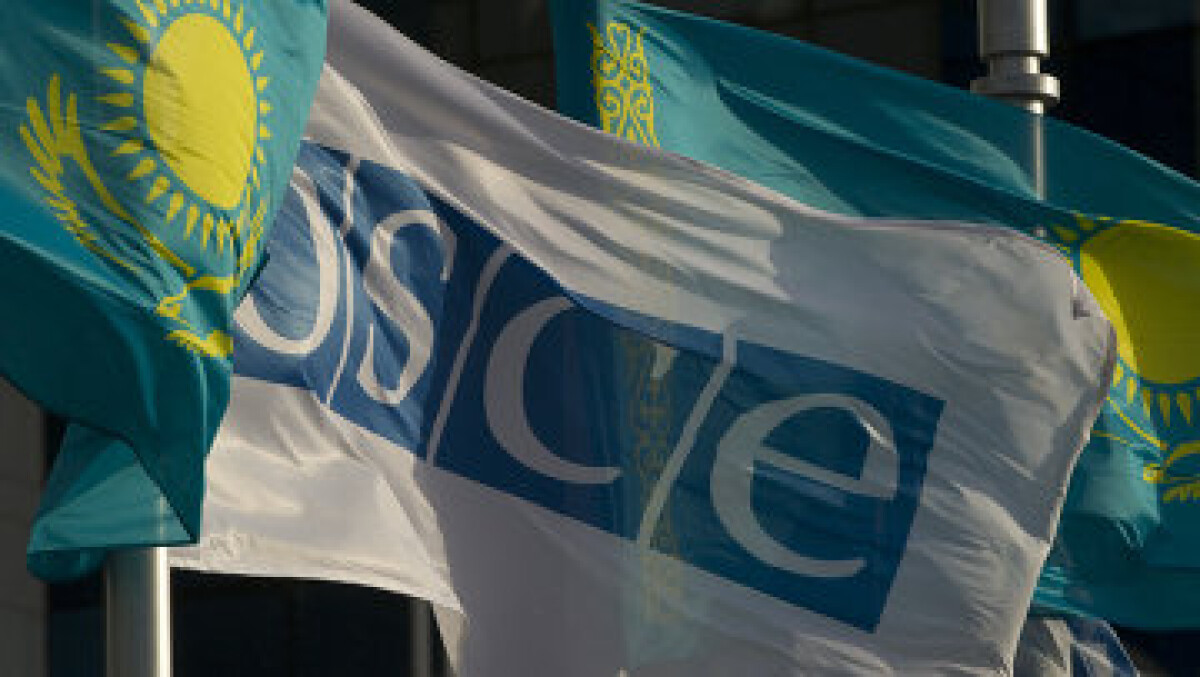 For each country epoch defines its own chance for historic mission in the scale of the whole humanity.

For each country epoch defines its own chance for historic mission in the scale of the whole humanity. Madrid meeting of foreign ministers of the OSCE member states, held in 2007, charged Kazakhstan with authoritative and, at the same time, responsible task to be a leader of the OSCE in 2010. Consensus of 56 countries was determined by the whole course of historical events of recent years. Preference was given to a confident and balanced course of our state and President N. A. Nazarbayev aimed at sustainable development, economic growth, improving the welfare of Kazakhstan’s people, systemic political reforms and adoption of an integrated model of Kazakhstan’s democracy.

Kazakhstan’s Leadership in the OSCE is also a natural result of implementation of strategic tasks on adoption of rational and balanced foreign policy, relatively high indexes in the main directions of internal development of Kazakhstan’s society.

Our state has become not only an active member of international organizations, but also took the lead in their creation.

Kazakhstan’s admission to the OSCE (the CSCE before 1995) in 1992 was motivated by our country’s strong wish to participate actively in European processes, allowing developing and implementing the principles of the Helsinki Final Act and other OSCE documents.

What were the first Kazakhstan’s proposals and first initiatives in the capacity of a new OSCE member?

These initiatives were sufficiently clear defined in one of the first speeches of the President N. A. Nazarbayev at the plenary meeting of the Conference on Security and Cooperation in Europe, held in Helsinki (Finland) in 1992, just few months after our Republic accession to this organization.

First of all, it was conceptual idea, based on geopolitical realities of that period and challenges of that epoch, about propagation of security points «from European to Asian continent» according to the President N. A. Nazarbayev. If before from the OSCE rostrum the concept the common space from Vancouver to Vladivostok was stated, then now the life itself makes the necessary adjustments in such formulation. There is a significant addition to the world outlook system of coordinates connecting the «East — West» and «North — South» aces into a single whole.

The second initiative was the practical measure of the first; the Conference on Interaction and Confidence-Building Measures in Asia (CICA), aimed at expansion of multipronged cooperation, political climate stabilization, regional conflicts prevention and settlement, could be considered as one of the immediate steps in the direction of its implementation. In the case of successful work, despite religious factor, the CICA could become the basis for integration of all national, regional and international Asian organizations into united structure similar to the OSCE. Let me remind you that by that moment Kazakhstan’s initiative had been already supported by Iran, Kyrgyzstan, Turkey, Turkmenistan, Pakistan and Uzbekistan.

According to the report of N. A. Nazarbayev, the third idea was to transform the capital of the Republic of Kazakhstan (it was Alma-Aty) into the center of political stabilization and support to peace initiatives on Asian continent. As the President said, our Republic was ready to undertake political efforts on deployment of this process and «turning of Alma-Aty into an Asian Helsinki».

The forth proposed idea was Asian integration, which, according to the President of the RK, served as a part of naturally historical process; however, there could be the obstacles such as misunderstanding of some Western political figures and political scientists, who looking at integration tendencies on the East, a priori consider them to be expansion of Islamic fundamentalism.

The fifth proposal was to establish permanent contacts between the OSCE and the same organization in Asia, aimed at implementation of joint initiatives and common coordinating structures.

The following initiative defining the strategic tasks of all previous which was the Conference on Interaction and Confidence-Building Measures in Eurasia became a type of result.

Implementation of all these initiatives has to prevent the possible global confrontation between the North and the South and make the world more stable and predictable.

This meeting of the Heads of states in Helsinki in 1992, as a part of which the Republic of Kazakhstan declared the core of its peaceful initiatives, without any overestimate, marked a new stage in the history of international relations. Initiatives of N. A. Nazarbayev, declared in Helsinki, established the special mission for our country, the main point of which was maintenance of stability on a huge territory between Asia and Europe.