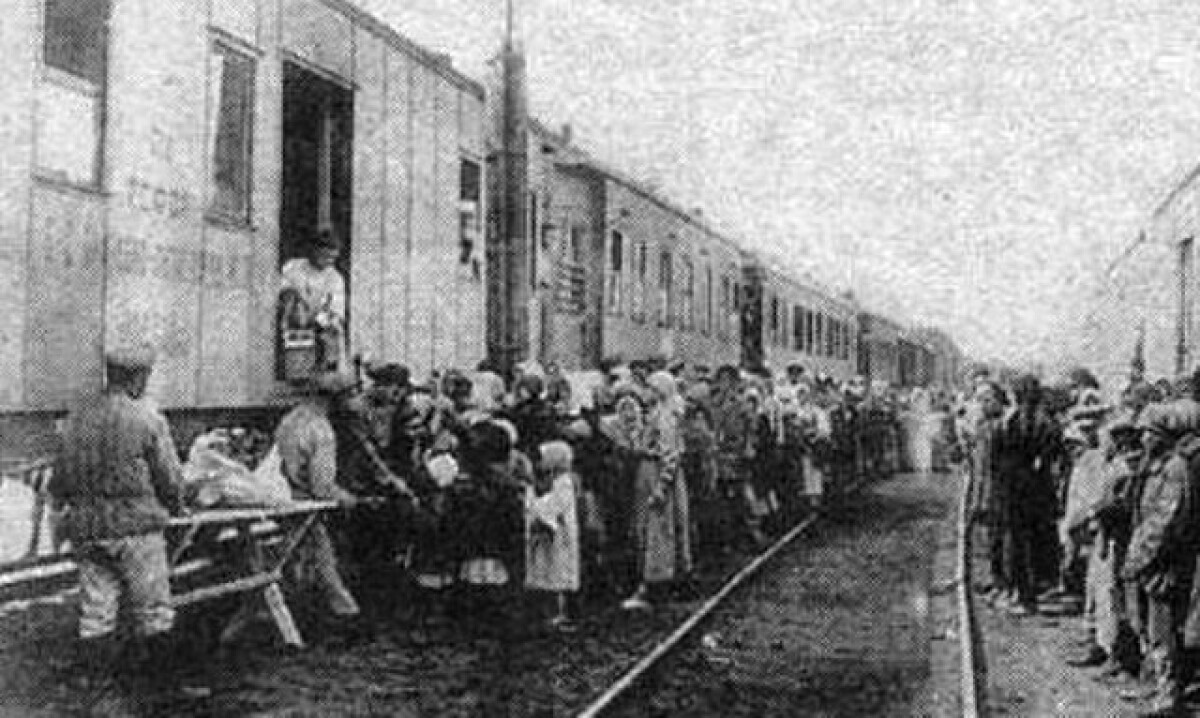 The Great Patriotic War and the first post-war decade radically changed economic and political development of Kazakhstan. They resulted in fundamental changes in demographic structure of republic’s population.

Loses on the fronts of the Great Patriotic War were one of the main reasons of changes in absolute size of population. Unfortunately, there is no clear answer on the question how many people died during the war, what was their ethnic and age-related composition. The number of killed in battles, died from wounds, diseases and in captivity as well as missing was 601 011 people. This means that almost half of those who were sent to the front didn’t come back. The number of the dead came to 11,2% of Kazakhstan’s population.

The mortality of the population wasn’t examined in details. The direct losses of non-combatants were approximately 300 thousand people, while indirect losses — 592 038 people. About 104 445 people died each year of the war. High level of mortality of the population was related to the long decline in life conditions of all categories of the population: malnutrition and depletion, gastrointestinal diseases, difficult working conditions. The situation was exacerbated by lack or absence of qualified medical care because of mobilization of physicians.

Overall human losses in Kazakhstan came to 1 202 000 people. This figure is only inferior to those former Soviet republics which territories were involved in military actions.

The main factor of changes in demographical situation in the republic remained migration processes. In addition to 536 thousand people evacuated from the Western regions the whole nations were deported to Kazakhstan after the liquidation of their autonomic states. On August 27, 1941 the NKVD of the USSR (the People’s Commissariat for Internal Affairs) distributed the order “On measures on the operation of Germans’ resettlement from the German Autonomy of the Volga River basin, Saratov and Stalingrad regions”.

Representatives of various nations not from the Soviet Union but from European and Asian states were captured in Kazakhstan’s camps. For example, only in the Karaganda camp in 1947 representatives of more than 19 nationalities of the USSR and 4749 people — residents of 10 foreign countries were captured. After the death of Stalin the number of prisoners decreased.

In 1957 after the reconstruction of autonomies of Chechen and Ingush people their return to Northern Caucasus began. Some Greeks, Turks, Krym Tatars, Poles, Koreans and Germans of the Volga region also came back to the former places of residence.

The most intensive migration flow to the republic was the result of the development of virgin lands which had coincided with significant industrial constructions.