Conscious choice of the people 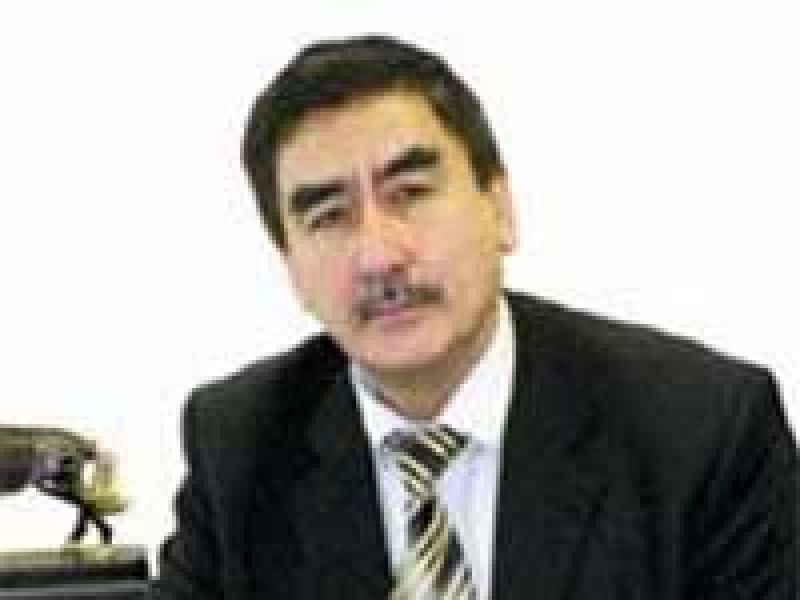 In 1991 on the political map of the world there was a new state – the Republic of Kazakhstan. For years of independence in the country under the leadership of President Nursultan Nazarbayev bases of liberal economy are created, democratic reforms are carried out. The doctor of historical sciences, the professor, the director of Institute of history of the state of the Ministry of Education and Science Burkitbay Ayagan tells about the come true hopes and achievements of sovereign Kazakhstan in conversation with the correspondent of "Evening Astana".

- Burkitbay Gelmanovich, independence of our country – 21 years. Tell, what tasks faced the state at the initial stage of construction of new Kazakhstan?

On December 16, 1991 there was the largest event in the history of the Kazakhstan people. This day the Supreme Council accepted, and the President of the country Nursultan Nazarbayev signed the Constitutional law "About the State Independence of the Republic of Kazakhstan" which began construction of the new, sovereign statehood being not only property of society and an indicator of its development, but also ideology, public, political and cultural orientation. The law reflected such fundamental democratic principles, as the right of the nation to self-determination, a priority of the rights and personal freedoms, political stability, division of branches of the power, an international consent.

Consolidation of the right of a private property, development of political pluralism, abolition of censorship led to basic changes in consciousness of the people. Instead of former communistic dogmas in society, Kazakhstan citizens in practice received freedoms proclaimed in the Constitution.

What role from the historical point of view in the course of formation of independent Kazakhstan played President Nursultan Nazarbayev?

In the history of a civilization the extremely important role is played by national leaders. Their aspirations, internal culture, knowledge, features of character create bases for changes in new conditions. Having become the President of the republic in April, 1990, Nursultan Nazarbayev assumed huge burden of responsibility for the country and its citizens. He became the idea man, the moderator difficult and paramount for society and the state of processes. During formation and development of sovereign Kazakhstan the Head of state proved as the purposeful and resolute leader. Nursultan Nazarbayev firmly and accurately defined a cornerstone of the policy: "At first economy, and then – policy". This appeal was supported by the country population. The people tired of loud slogans and empty promises, found confidence and hope.

Yes, the history of independence of Kazakhstan is the period of stability, carrying out economic reforms. Peace and harmony make the main core of modern Kazakhstan reality. The people of Kazakhstan are solid round ideas of modernization, innovative industrialization and technological break in the future.

The constitution of 1995 fixed the provision on social character of the state. Kazakhstan chose a way of effective evolutionary development. It is a conscious choice of the people on the basis of Strategy of development of Kazakhstan – 2030 and Messages of the President of the country, the strong preconditions of purposeful, stable and dynamic development of the state directed on creation.

Ensuring productive entertaining is one of the main priorities of social and economic policy of any state. In our republic accents of development of the sphere of employment are accurately placed in accepted by the Government in 2011 to the employment Program – 2020.

Now about 8,5 million people work at the enterprises of all forms of ownership in the republic. Unemployment rate following the results of the third quarter 2012 made 5,2%. In camps of the European union this level in 2010-2011 made about 10%, and in March, 2012 it was equal in Canada and the USA of 7,2% and 8,2% respectively.

For the last decade the financing of education and sciences, health care, the sphere of social security that is the evidence of strengthening of the free and strong state guaranteeing welfare to citizens is repeatedly increased. 370 new schools are constructed, by 7,5 times the number of preschool institutions grew.

Tens large medical centers with the most advanced equipment are erected. Kazakhstan became one of 22 countries. where operation on change of donor heart is successfully performed. Till 2016 it is planned to construct about 400 new health care facilities.

The president of the country attaches great value to the Kazakhstan quality standard of life – social modernization in Kazakhstan, first of all, has to be directed on improvement of quality of life of all Kazakhstan citizens, reduction of number poor and not an assumption of social marginalization.

Today Kazakhstan is the authoritative state on the world scene. How our country gained the world recognition?

The consecutive multivector foreign policy allowed to gain recognition more than 120 states of the world. The Kazakhstan leader always acted as the active supporter not distributions and reductions of nuclear threat. Having become the full member of the UN, Kazakhstan joined in activity of its organizations: UNESCO, UNICEF, EKOSOS, UVKB, started cooperating with a row large international the organizations: The International Monetary Fund, the International bank of reconstruction and development, the Organization on safety and cooperation in Europe. Kazakhstan became the active participant of integration processes within the Economic Cooperation Organization, the Organization of the Contract on collective security, the Central Asian economic union.

In 1996 In Shanghai Kazakhstan, Kyrgyzstan, Tajikistan, Russia and China signed the Contract concerning trust. Later Uzbekistan joined the contract, and the organization began to be called as the Shanghai organization of cooperation. Members of the organization coordinate the efforts on fight against organized crime, terrorism and narco business, expanding economic cooperation, carrying out the project on creation of system air, automobile and the railroads and pipelines.

Modern Kazakhstan with open liberal economy – the strong state, the equal and responsible partner of the advanced powers, the purposeful country with the strong ambitions, capable to reach the planned goals.

The material is provided by institute of history of the state of KN of MAUN of RK.