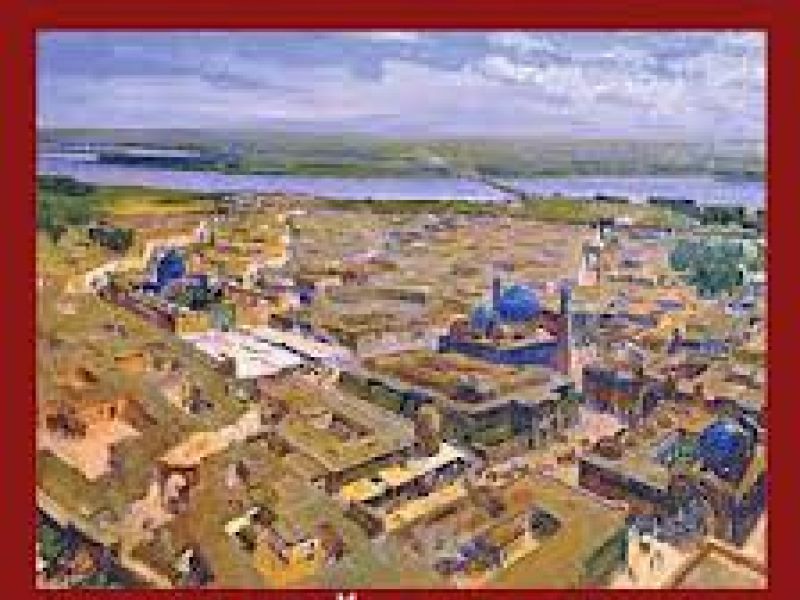 Nogai Horde appeared after the fall of the Golden Horde and was one of the major states. In the 14-16th centuries it covered the territory of Western Kazakhstan. Originally it was a tribal alliance between the Ural and the Volga, called the Manghit Yurt, as the title of one of its largest tribes – the Manghits.

The separation of the Nogai Horde began under Edigu, who was a Mongol Muslim Emir of the Golden Horde. Edigu was a sovereign ruler for about 15 years (1396-1411). Finally, the Nogai Horde became independentby the middle of the 15th century, and strengthened under the son of EdiguNurad-Din (1426 1440). The boundaries of the Nogai Horde, as well as of other nomadic states, varied depending on the foreign policy situation. By the second half of the 15th century the Nogais moved beyond the left bank of the Ural and began to move to the east and south, occupying pastures ofthe Khanate of Abu’l-Khayr.

The ethnic consist of the Nogai Horde was close to the tribes of the White Horde and the Khanate of Abu’lKhayr. In the Nogai Horde there were Turkic and TurkicizedMongol tribes and tribal alliances: the Manghits, Kipchaks, Kangly, Hongirats, Naimans, Wusun, Karluks, Alshyns, etc.

In the second half of the 15th centurythe name of the ethnic group "Nogais" appeared and became known to the neighboring nations. In the Nogai Horde there was an ulus system of political organization. Prince of the Horde had hereditary,military, diplomatic and administrative power.The Horde consisted of several uluses. Each of them consolidated several tribal groups. Nomadic pastoralists had to move with their mirzas, pay taxes and participate in military campaigns. The Horde could muster up to 300,000 soldiers.

After the annexation of Kazan and Astrakhan Khanates by Russia, and as a result of infightings among the Nogai ruling family, the Nogai Horde disintegrated into several independent hordes. Part of its population on the territory of Kazakhstan formed the Littlejuz. In the northeast,other part of the Nogaitribes was annexed by the lords of Siberia.