The main stages, results and problems of liberation movements in the period of accession of Kazakhstan to Russia 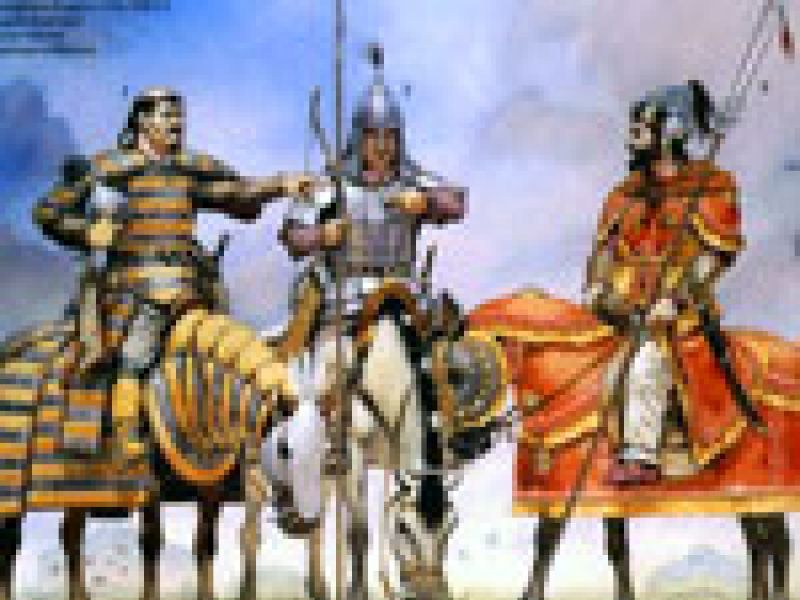 Country movement in Kazakhstan in the period of accession of Kazakhstan to Russia are considered by researchers as one of links in the history of national liberation fight of the people of the Russian Empire. However, among scientists there is still no consensus about character, features of fight of the Kazakh people against a colonial policy of Russia.

Differences of opinion on the most important questions of people's liberation movement during the studied period is explained, first of all, by insufficient study of the social and economic relations the day before, during the period and after suppression of revolts. Preservation in modern Kazakhstanika time of opposite judgments, somewhat it is necessary to interpret absence of serious documentary collections and materials. At the initiative of history and ethnology Institute of Ch.Ch.Valikhanov the conferences devoted to the 280 anniversary of Abylay khan, to the 190th anniversary since the birth of khan Kenesary Kasymov and to the 155th anniversary of revolt under its management were held. The regional conference "National Movements in the conditions of Colonialism (Kazakhstan, Central Asia and the North Caucasus)" which has combined efforts of scientists on studying of this problem, in many respects promoted expansion of creative contacts, a mutual exchange of views, development of new conceptual positions, detection of specifics of liberation movements in various regions and to synthesis of the settled provisions in this aspect.

The first and one of the most considerable performances of a people at large was movement under Srym Datov's leadership. The absolute power of the khan and abuse of its immediate environment became the main reasons for performance of Kazakhs in Younger zhuz prohibition by tsarism of transition of Kazakhs "on inside", to the Urals, infringement of the rights of part of the Kazakh nobility. Naive and monarchic illusions, characteristic for many leaders of country revolts in Russia were inherent in batyr Srym. The belief in "the good khan" wasn't avoided also by Srym Datov. In relation to biy he adhered generally to other policy — tried to attract them on the party, made concessions, agreeing on restoration of the hansky power. Such tactics of the head of revolt significantly slowed down its development though anti-colonial and antikhan character remained to the last stage of movement.

In studying of revolt there is a number of debatable problems, the unresolved, inconsistent moments. Disputable there is a question of a role of patrimonial foremen in revolt, the reasons of the termination of movement and leaving of the batyr with the supporters in borders of the Khivan khanate in 1802 aren't concretized character of the relations of Srym Datov with influential biys of the Younger clan; still circumstances of his death aren't found out.

It was more accurately expressed anti-colonial orientation of mass actions in country revolt of 1836 — 1838 under the leadership of batyr Isatay Taymanov, flashed already in the final period of accession of extensive edge to Russia.

Revolt of 1836/38 took place in a bit different situation, than the previous movement: accession of the main part of the territory of Kazakhstan was complete, the colonizer policy of tsarism gained more and more open character. Charters "About the Siberian Kyrgyz" 1822 and "About Orenburg Kyrgyz" 1824, introduction in Younger clan a distanochny control system were urged to facilitate capture of the Kazakh lands by imperial administration. Pushing off of the Kazakh childbirth on marginal lands, fiscal policy of tsarism — all this gave to revolt first of all anti-colonial character.

The main driving force of revolt was made by ordinary nomads till the last moment, despite of a superiority in force of the joint groups of chasteners and the environments of khan Zhangir which have shown fidelity of Isatay while Biys and the foremen who have adjoined the group of Isatay Taymanov at an initial stage, went on treachery, seeking to manage to get at the khan of a concession, carrying on with its negotiations bypassing the leader of movement. The conciliatory position Biy elder groups substantially accelerated revolt defeat.

In the history of movement of 1836/38 there are a lot of disputed issues needing profound development. Views, personality of Isatay, his associates aren't studied, there are different interpretations in determination of the risen number. In essence, object of studying become only activity of Isatay and Makhambet Utemisov. The known batyrs who have given support to Isatay, with firmness fighting under its banner before Akbulaksky battle (12. VII. 1838), their relationship with khan Dzhangir, his environment — still wait for the researchers.

Number of questions of the revolt, able open features at its last stage it can to be investigated in an interconnection with revolt of khan Kenesary Kasymov which separate groups worked in July-August, 1838 in the western areas of Younger zhuz; it should to shine specification of the program of this spontaneous performance on a joint of two related sciences – history and literature on the basis of careful studying poems of Makhambet Utemisov's .

In the history of national liberation movement the special place is taken by the largest in the XIX century — revolt of 1837-1847. On scope, to impact on policy of Russia, coverage, duration and persistence it considerably differs from the previous and subsequent performances of the Kazakh people. Begun as a protest against colonial captures, constructions on the average жузе military lines and the organization of districts revolt under the leadership of khan Kenesara Kasymov within 10 years along with movement of mountaineers of the Caucasus distracted forces, means of the powerful empire, removed terms of military conquest of part of the Middle and the Senior zhuzs, having ended with defeat on the Kyrgyzs.

It was the most powerful movement of the Kazakh people against a colonial policy of tsarism.  Revolt happened while imperial Russia, expanding the colonial possession, decided to do away with independence of areas which despite administrative and military measures of pressure, kept isolation.

Revolt of 1837 — 1847 on character, driving forces, main objectives was mass, anti-colonial, directed not against the Russian people, and against the statement of colonial orders and replacement of radical inhabitants of the steppe with centuries of familiar spots. In it there are a lot of the contradictions, not found out circumstances demanding scientific and critical judgment.

In national liberation fight of the Kazakh people of the period of accession of edge to Russia it is possible to mark out the general regularities and a number of the low-studied aspects.

In essential amendments, specifications the question of a role and a place of feudal groups needs national liberation movement in the region. In the Russian country wars the facts of participation of boyars, the noblemen pursuing thus the mercenary interests are known. Such phenomenon was observed and at all stages of national liberation movement of Kazakhs, more — in Srym Datova's revolt.

Not enough studied problems belong to a number of  tactics and the military organization of fight Kazakh sharua. Numerical superiority, bravery of insurgents sometimes were insufficient for successful fight against retaliatory groups; spontaneity, locality of these performances (except for revolt of 1837 — 1847), caused absence of the accurate political program a set of the difficult phenomena, having caused their defeat. Biys as carriers of ideas of Islam, participated in all stages of liberating fight in the region, however, religious motives had no great influence on insurgents. In it one of distinctive features of revolts in Kazakhstan is covered.