Reporting session following the results of archaeological researches in 2012. 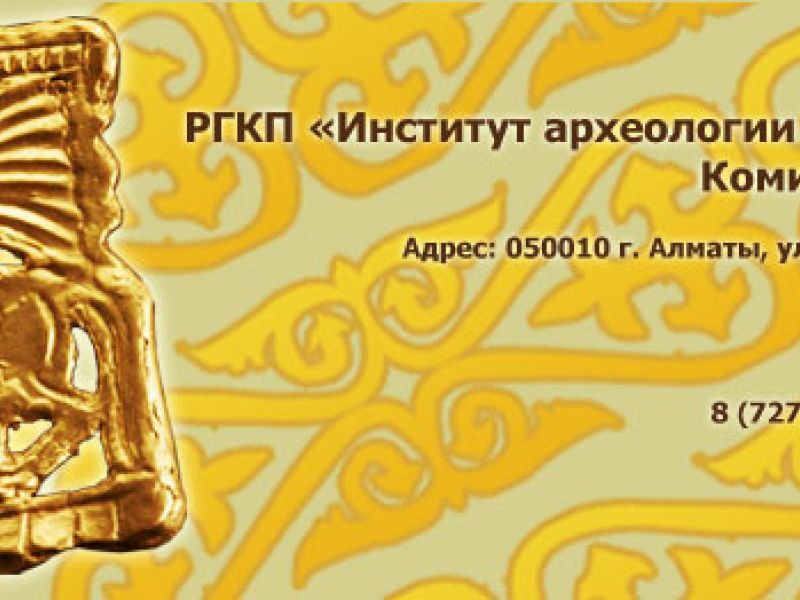 The organizer of session - archeology Institute of A.Kh.Margulan of KN of MOH PK.             Scientists took part in work of reporting session from 17 cities and regions of Kazakhstan, 4 cities of Russia (Moscow, Yekaterinburg, Chelyabinsk, Kemerovo).             Also representatives of inspectorates and departments of preservation of historical and cultural heritage of Management of culture of all areas of Kazakhstan were invited;  workers of museums, HIGHER EDUCATION INSTITUTIONS, LLP, the Archaeological centers, all those organizations and establishments who are engaged in archaeological researches and questions of preservation of historical and cultural heritage.             The representative of Committee on culture of the Ministry of Culture and RK information took part in work of reporting session.             Total of participants of reporting session more than 60 people.             47 reports were heard:             9 speakers made a speech at plenary sessions;             in section "Primitive archeology" 20 reports are heard;             in section "Medieval archeology" 18 reports were heard.

Main directions of work of session:

1 . Reports, reports on subjects of field researches of Institute.

3 . Round table of "Problem of modern archeology of Kazakhstan".

Work of the general meeting of reporting session was opened by the director of Institute of archeology of A.Kh.Margulan, the corresponding member of HAH PK, the doctor of historical sciences Baytanayev B. A. It greeted all participants, wished fruitful work and new opening! I noted that for the reporting period archaeological monuments of the Stone Age, an era of bronze, the early Iron Age and the Middle Ages were investigated. As a result of laborious field and analytical work huge layer of history was open and studied. That all of us are united by scientific problems on stories of the people occupying steppe spaces of Eurasia.

Further the report was made by Altayev B. E. – the head of department of historical and cultural heritage of Committee on culture of the Ministry of Culture and RK information – "Actual problems of historical and cultural heritage at the present stage". In the performance he noted outstanding achievements of domestic archeologists including during action of a state program "Cultural heritage", I raised the burning question of issue of licenses, that many various LLP get permission to archaeological researches and not always these organizations отвечают to qualifying standards and are presented by professional scientific shots. Also it was noted that in connection with opening of the New museum in Astana sharply there is a question of exhibits, finds. Addressed to present archeologists with a request to hand over valuable finds in again created museum.

At section meetings results of field, analytical researches and the most important achievements in studying of ancient and medieval history of Kazakhstan are discussed.

During work of reporting session the round table about actual problems of modern archeology of Kazakhstan was organized. Chairmen of sections reported on results of works, then the participants who were present on a round table discussed the most important and sore problems concerning methods and methodology of archaeological science, active integration into world archaeological community, increase of level of professional growth, preparation of young frames archeologists and мн. other.