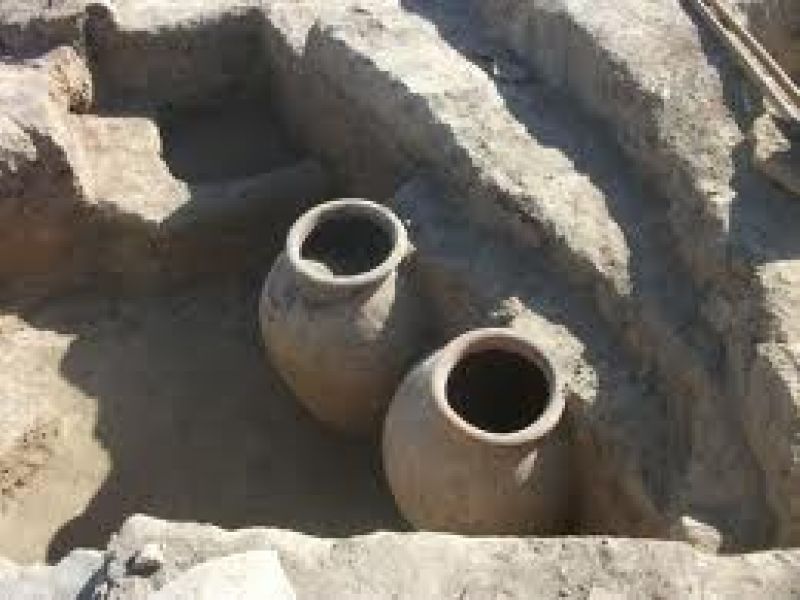 Development of the archaeological science of Kazakhstan, first of all, is known through medieval manuscripts reached us. Formation of the Kazakh archeology was carried out in connection with the policy of colonization of the Russian Empire. The first academic expedition organized by the Russian researchers in 1733 at the head G.F. Miller collected the first data on archaeological monuments. They were interested in investigating under-ground and above-ground natural riches of Kazakh land, nature, climate, fauna and flora. Also they left a lot of data about people who had lived on Kazakh land, their history, culture and archeology.  At the beginning of XIX century researches had been carried out by military and topographical office of a General staff of Russia (1812), scientific committee (1834), agricultural scientific committee at the Ministry of the state property, scientific societies at the Russian universities such as Russian ancient and historical societies at Moscow university (1804), society on environment protection (1805), physical-medical society at Petersburg university (1805), society on mineralogy (1817), wood society (1814), they collected a lot of material about Kazakh steppe in various types of scientific research. [1, p. 3]

After Moscow university in 1878 “Society of archeology, history and ethnography” at Kazan university was created, and till October revolution its 11 scientific societies had done a great deal of work in different directions. Kazan university published a large number of articles about the culture and history of Kazakhs such as: “Kazaks of Kostanai district Torgai region”, “Archeology in Turkistan”, “Kazakhs going to funeral in 1892”, “Ethnographical report of Kazakhs”.

Orenburg Scientific archival commission, created and worked during the period 1887-1918 in Orenburg played a great role in development of archeological science in Kazakhstan [5,11 p.]. The scientific commission’s main role was to collect office-work documents of the office of Orenburg general governor, which was a center of colonization of the Kazakh people, and to transfer them to the central archive, which was planned to be opened in Orenburg [6,9 p.]. Scientific archival commission passed all the documents, which described history, archeology and ethnography, to Orenburg archive. Especially, the member of the commission I.A.Kastanye did a lot of work in finding, registration of historical, archeological and ethnographical monuments. In 1910 I.A.Kasatanye’s book “Kazakh land and ancient monuments of Orenburg area” was published. In his introduction called “Report on a short history of the Kazakh land” the author wrote that the territory of Kazakh nation began from ancient Stone Ages, and he described a short history of people, lived on our land. Monograph of the scientist can be considered as a powerful research about history and archeology of Kazakh people till October revolution [7, p.1]. I.A.Kastanye’s this work was a result of research work of the members of Orenburg archival commission.

After October revolution in 1917 archeological investigations were continued by history academy of material culture, created in 1919 in Saint Petersburg, and by Turkistan commission, organized in Tashkent in 1920 to keep

art and nature, museum and ancient monuments. This organization according to B.B.Bartold's proposal started to make Turkistan’s archeological map [8,141 p.].

In 1946 in connection with the opening of institute of history, archeology and ethnography named after Sh.Sh.Ualihanov, a lot of scientists with A.Kh.Margulan at the head opened new possibilities for the development of archeological science. Archeological expeditions were organized to the south, central Kazakhstan under the direction of A.Kh.Margulan, A.Kh.Bernshtam and E.I.Ageyeva. Moreover in 1954 K.A.Akishev organized an expedition to Ilye. Of course, expeditions were of great success.

From the moment when our country became independent, archeological science began to develop quickly. “Cultural heritage” program created by our President N.A.Nazarbayev worked for investigating, keeping and propagandizing cultural heritage and ancient monuments. At this time a lot of works are carried out about the creation of archeological parks called “Boralday saks fortresses”. Through the museum, situated on the place of archeological researches under the sky  you can get acquainted with the history and traditions of our ancestors [9,9 p.].

Investigations of K.M.Baipakov prove the existence of nomadic civilization of the people  lived on Kazakh land and city culture of the settled people in XI-XII centuries.

He is investigating that not only nomads but also city culture of the settled people has been the main attributes of the country.

2. B.V.Lunin. “Scientific societies of Turkistan and their progressive activity. End of XIX-beginning of XX”. Tashkent. Publication of Academy of Science of Uzbekistan SSR. 1962. page 275.