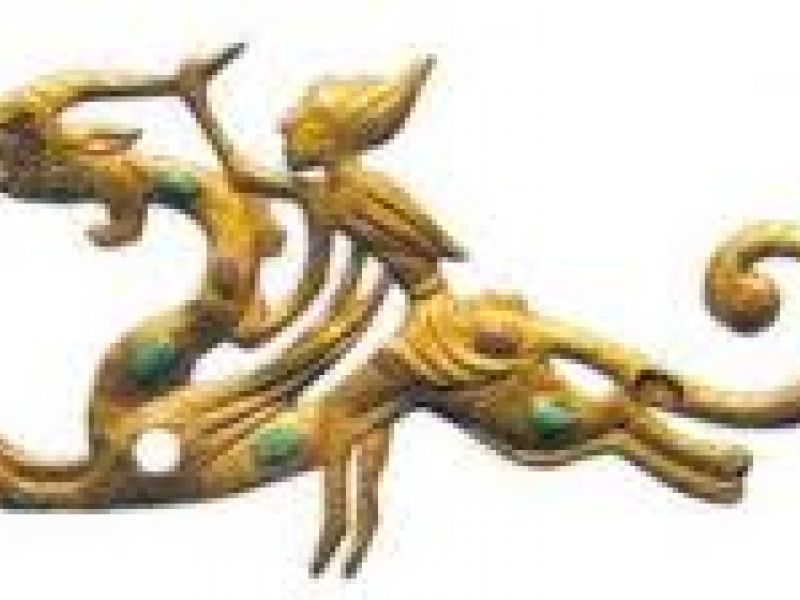 The ethnonym "Sarmatians" has been used in antique sources from the 3rd century BC. At this time the systematic conquest of Scythia by the Sarmatians began. According to Diodorus, the Sarmatians "devastated" a significant part of Scythia. They killed all without exception and turned most of the country into a desert. In the 1st century BC the Rhoxolani, one of the Sarmatian tribes, reached the borders of the Media and came into collision with Rome. The Alauns followed them.

The Sarmatians were actively involved in the political life of the population on the occupied lands. So, at the end of the 2nd century BC the Rhoxalani supported the Scythians in the war against Diophantine, commander of the Pontic King Mithradates. That time he was the combat leader of the Pontic king Mithridate. In the 1st century BC the Sarmatians supported Mithridates in his fight against Rome. In 49 BC, the Romans with Aorses (Sarmatian tribe) won the Bosporus king’s allies Siraces (another Sarmatian tribe). Alauns joined the campaign after other tribes and reached Northern Black Sea region. Later they reached Spain together with Huns. Formidable alliances of tribes headed by related tribes had a common name of the Sarmatians. In origin they were connected with the nomads of the South Aral Sea region. There is no doubt that they ethnically related to the Savromats.

Archaeological monuments. By the beginning of the 4th century AD the Savromats occupied the territory from the Don to the Emba. At the specified time, there were two local types of culture: Western — Bulgarian-Don and Eastern — Ural.

Savromatian tribes (Prokhorovsk culture) buried their dead just under the mound, usually earthen and edged with infrequent stones. Early Sarmatians used clay and rammed, sometimes burned platform located over or around a grave and besiege with tree and bark burial pit. The buried with turned head to south and elongated on the back position is typical for Prokhorov culture.

In addition to shroud and bark which were taken from the Savromats, the construction of coffins in slotting packs is also found.

In the second period (Suslov culture) since the end of the 2nd century BC — beginning of the 1st century AD types of burial structures remained the same. However, the number of engaged graves sharply reduced and catacombs disappeared. Graves with lugs and ledges still remained.

Unique finds of the anthropomorphous statues made of limestone and placed on barrows belong to cult subjects. The cult complex Bayte on Ustyurt including three groups and presented by barrows and fragments of sculptures is known. Sculptures were made of limestone. The vast majority belongs to the flat sculptures where the engraving with sufficient accuracy shows the nature. Sculpture of men with opened right hand and palm pressed to a stomach. Expressive faces, eyebrows represented relief, nose, eyes, thin mustache, deepening the mouth. Sculptures have swords, daggers, onions, helmets on the heads, belts, jewelry, Grzywnas, and bracelets.

Late Sarmatians settled in the strip of the trans-Ural steppes almost to the Buga river, covering regions of Ural, Volga, and Don. Chronologically this was the period of the 2nd — 4th centuries AD. Late Sarmatians kept and continued many traditions. The bulk of the dead were buried in the narrow grave with kerving. Among new characteristics of culture the deformed skulls are noted. Complicated bows with bone lining and ornaments of gold and inlaid with precious stones are discovered.

Household of the Sarmatians. In the conditions of steppe spaces the nomadic cattle breeding was the economic basis. The Sarmatians mainly bred horses and sheep. In droughty conditions of steppes a limiting factor in use of pastures was drinking water. The considerable part of archaeological monuments is located along large waterways, in places of underground waters exit, or near fresh steppe small rivers and lakes.

In the winter of extreme continental climate pastoralists migrate to areas with dismember terrain where they could find natural shelter for the animals. Those in western Kazakhstan are the southern and eastern tracts of sand from rivers drainless, total Syrt spurs and valleys of large rivers. Nomads chose places with the expectation of trees and shrubs. In the early Iron Age in the majority of regions of edge big forests were nullified.

In the spring nomads left winter pastures that gave the chance of fodder grounds’ restoration and provided new wintering. In general, the Sarmatians only selectively used the best foraging areas. After their bleed, they migrate to new pastures. As a result, the extensive flat space located far from reservoirs, were used casually, mainly at a cattle stage.