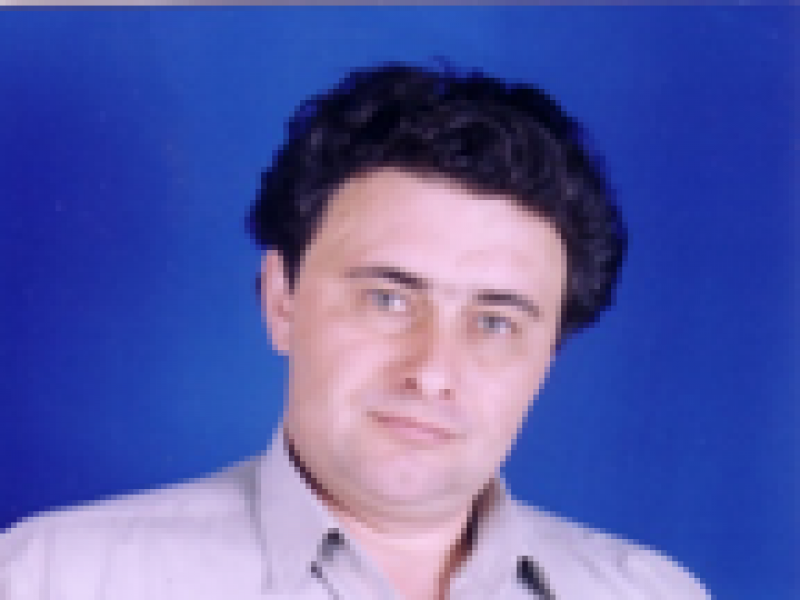 Goryachev Alexander Anatolyevich – the expert in the field of studying of monuments of the Bronze Age of Kazakhstan.

Graduated from the Faculty of History of the Kazakh State Pedagogical University named by Abay (1992).

The participant of few joint Kazakh-French expeditions in the project "The Corpse of petroglyphs of the World" (1995).

The participant of the international project which has got a grant of INTAS on a subject: "Process of formation of community of nomads during the period of the Bronze Age and the Early Iron Age, ecological and archaeological researches". Within this project the most actual problems of formation and development nomadic forms of economic and cultural types of ancient population of Semirechye and a role of this region in genesis of ancient cultures of adjacent territories of Central Asia were considered (1999 - 2001).

The head of groups by implementation of the Cultural heritage program in large-scale works "The Corpse of monuments of history and culture of Almaty area" (2004 – 2007) and "The Corpse. Taraz-2013".

The winner of an award of young scientists of the Republic of Kazakhstan (1999).

*** Among Kazakhstan scientific programs Goryachev A.A. most fruitfully and actively works on subjects connected with complex studying of monuments of the Bronze Age in the territory of Semirechye region, problems of their typology and chronology, and also in wider range on a problem of formation and development of nomadic forms of economic and cultural type of the ancient population of Kazakhstan. The studying of archaeological complexes of the Bronze Age monuments of a mountain zone of Semirechyе allowed to A.A.Goryachev together with A.N.Maryashev to allocate the Kulsay culture by the monuments of the Late Bronze and the Final Bronze in the mountain zone of Semirechye in 1995-1998. These researches results were published in a number of generalizing articles and in speeches at the international conferences in Almaty (Kazakhstan), Moscow and Chelyabinsk (Russia).

Other priority direction of scientific practical activities of Goryachev A.A. is studying of monuments of ancient petroglyphic art, mainly of the Bronze and the Early Iron Ages. In the works studying petroglyphs he pays the greatest attention to questions of chronology of images, their stylistic features, typology of ancient sanctuaries and semantics of the main images of petroglyphic art of the Bronze Age of Semirechye.