Home Methodological tools Interdisciplinary Studies Methodological Ideological models, conception Events and conferences The report session by the results of the archaeological researches in 2012 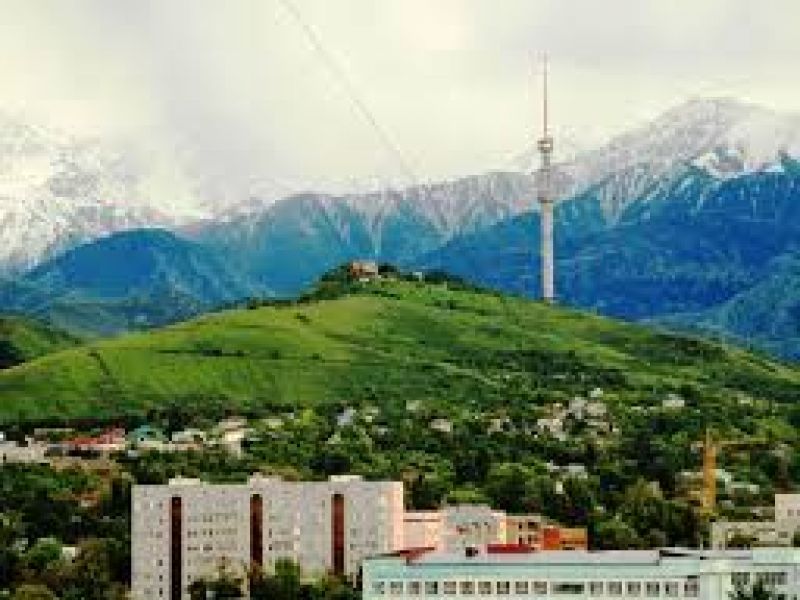 On April 25-26, 2013 there in Almaty city was carried out the report session by the results of the archaeological researches in 2012. The organizer of the session was the Institute of archeology after A.Kh.Margulan of the Committee of Science of the Ministry of Education and Science of the RK.

There in the work of the report session participated scientists from 17 cities and regions of Kazakhstan and 4 cities of Russia (Moscow, Ekaterinburg, Chelyabinsk, Kemerovo). There were also invited representatives of the inspections and departments for the preservation of historical-cultural heritage of the Department of culture of all the regions of Kazakhstan; the workers of museums, higher educational establishments, companies Ltd., archaeological centers, of all those organizations and establishments which deal in archaeological researches and the issues of preservation of historical-cultural heritage. There in the work of the report session participated a representative of the Committee of Culture of the Ministry of Culture and Information of the RK. The total number of participants of the report session was 60 people. There were 47 reports made: at the plenary sessions there were 9 speakers; in the section “The primeval archaeology” there were made 20 reports; in the section “The medieval archeology” there were made 18 reports.

The main trends in the work of the session:

1.The accounts, the reports by the themes of the field researches of the Institute.

2.The accounts, the reports of the Companies Ltd., Archaeological centres, museums, higher educational establishments by the regions of Kazakhstan.

3.The panel “The problems of modern archaeology of Kazakhstan”.

The work of the general sitting of the report session was opened by the director of the Institute of archaeology after A.Kh.Margulan, corresponding member of the National Academy of Sciences of the RK, doctor of science (history) Baitanayev B.A. He greeted all the participants, wished them fruitful work and new discoveries! He noted that during the report period there had been studied the archaeological monuments of the Stone age, the Bronze epoch, the early Iron age and medieval times. As a result of the tedious field and analytical work there was opened and studied a vast layer of history. That all of us are united by the scientific problems in the history of the peoples that inhabited the vast steppe territories of Eurasia.

After that a report was made by Altayev B.E. – the head of the Department of historical-cultural heritage of the Committee of Culture of the Ministry of Culture and Information of the RK named – “The topical problems of the historical-cultural heritage at the modern stage”. In his speech he noted the outstanding achievements of domestic archaeologists, including the period during the activation of the “Cultural heritage” state programme, he touched upon the vital issue of issuing of licenses, about the fact that many different Companies Ltd. obtain permissions for archeological researches and not always these organizations satisfy the requirements presented to them and they do not have professional scientific staffs. It was also noted that in connection with the opening of the New museum in Astana city there is felt the sharp need in exhibits, new discoveries. He addressed the present archaeologists with the request to donate valuable exhibits found to the newly created museum.

The account report about the work of the Southern-Kazakhstani complex archaeological expedition at the ancient former city sites of Otrartobe, Oksyz (Vesidje)???, Aspara, Antonovka (Kayalyk)” was made by academician Baipakov K.M.; there about the scientific-research work of the Affiliate of the Institute of archeology after A.Kh.Margulan in Astana city for the year 2012 reported the deputy director of the affiliate the candidate of science (history) Baitleu D.; there also made reports the other participants of the session: Ermolenko L.N., doctor of science (history), professor of the Kemerovo state university named “The problems till the medieval anthro-morphous sculpture of Saryarka in the light of the new discoveries”; Zholdasbayev S.Zh., doctor of science (history), professor of the International Kazakh-Turkish university after Kh.A.Yassaui, director of the archaeological scientific-research centre – “the excavation works executed at the site of the medieval town Syganak”; Kurmankulov Zholdasbek Kurmankulovich, candidate of science (history), ГНС  of the Institute of archeology after A.Kh.Margulan – “The prospects of studying of the monuments of the Chirikrabatsk cultute in Eastern Pre-Aral region”; EleuovM.E., doctor of science (history), the Kazakh national university after al-Farabi – “The archaeological researches carried out at the Tuimeken city site by the Turan archeological expedition”; Sydykov M.N., doctor of science (history), professor, director of the Western-Kazakhstani regional centre of history and archeology – “About the work of the Western-Kazakhstani centre of history and archeology in 2012” and others.

There at the sectional sittings were discussed the results of the field, analytical researches and the most important achievements in the studying of the ancient and medieval history of Kazakhstan.

During the work of the report session there was organized a panel on the topical problems of modern archaeology of Kazakhstan. The chairmen of the sections reported about the results of the works, after that the participants present at the panel discussed the most important and vital problems pertaining to the issues of the methods and methodology of archaeological science, the active integration into the world archeological community, the heightening of the level of professional growth, the preparation of the young cadres of archeologists and many other issues.

There by the results of the work of the report session was adopted the resolution.

1.The participants of the session noted the sufficiently high informational level of the scientific reports, the wide chronological range of the thematics of the research, the heightening of the qualitative level of the field archeological researches, the carrying out of excavations of the new unique archaeological complexes, monuments and objects, the non-stop replenishment of the source base which permits to widen and deepen the informational field of archeology in Urals, Siberia, Altai, Kazakhstan, historically united  by the Great belt of the steppes of Eurasia.

2. There grows the number of scientific publications of the monographic character, the mobility of introduction into scientific circulation of the new archaeological materials, there is observed the positive tendency in the lessening of the little-informative “thesis archeology”

3. It was noted unfortunately that there is still preserved the old gap inherent in the archaeology of the USSR and the CIS in the ratio of the empirical, theoretical and experimental levels of research, especially in the part dealing with the internal requirements of archaeology. There are still of little circulation are the publications of the scientific-popular and popular editions, which do not satisfy sufficiently the requirements of society and in particular of the studying youth.

4. There is observed the initiatives in the research activity due to the influx of the younger scientists who master and inculcate the innovation technologies of the analysis of the source material, the reconstruction models on the basis of archaeological information. There strengthens the integration of the researches of the scientists of Kazakhstan and the near and far foreign countries.

The recommendations of the report session:

·To publish the materials of the report session before its carrying out.

· All the reports in archeological researches carried out on the territory of Kazakhstan must be submitted to the archives of the Institute of archaeology after A.Kh.Margulan (in Almaty city) regardless of the forms of ownership, any or other archeological establishments, organizations (companies Ltd, Archaeological centers, museums etc).

· To practice the creation of joint (united) thematic expeditions, creative groups with the attraction of students, masters, post-graduate students specializing in archaeology.

· To complement the joint thematic collections of articles, to carry out the thematic scientific seminars.

· To inform the regional communities of archeologists about the publication of new literature, including the textbooks, manuals for the students of higher educational establishments.

· To inculcate on a wide basis the innovation technologies into the research archaeological process.

· To pay attention to the elaboration of the theoretical problems, the issues of genesis of archaeological cultures, the ethno-genesis, nomadism , the significance and role of exchange, metal, interregional links, migrations. To pay more attention to the posing and solution of important scientific problems of the reconstruction of the regularities of public development.

· Taking into account the modern situation of discordance of archaeological centers and researches, in the course of the forthcoming several years to organize and carry out the Archaeological council of Kazakhstan dedicated to the problems of internal integration processes between the archeological centers of the republic.

· There is still the big problem of inspection of the monuments.

· The “Kazrestavratsiya” institute is to more actively and closely cooperate with the archaeologists.