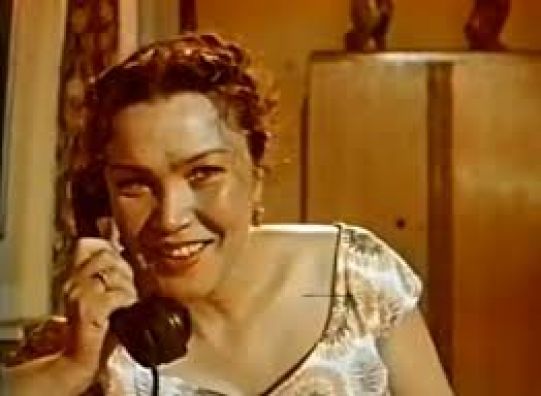 Khadisha Bukeeva was born in the village Kaztalovka (now the center of Kaztalovsk district, West Kazakhstan Region, Kazakhstan) on February 21, 1917 (according to other sources - January 1).

In 1938 she graduated from the Leningrad Theatrical Institute (now - St. Petersburg State Academy of Theatrical Arts), and then entered the company of Shymkent theater.

Since 1942, she worked in the Kazakh State Academic Drama Theatre named after M.O. Auezov (Alma-Ata).

Since 1965, she was involved in the pedagogical activities (Associate Professor (since 1968) of the Institute of Theatrical Arts named after Kurmangazy (since 2000 the Kazakh National Academy of Arts named after T. K. Zhurgenov).

Member of the Union of Cinematographers of the Kazakh SSR

She died on January 31, 2011 in Alma-Ata. She was buried at the Kensaysk cemetery.

Languages ​​are the most powerful instruments of preserving and developing of our tangible and intangible heritage. UNESCO estimates that half of the approximately 6000 languages ​​in the world may soon lose their last native speakers. All moves to promote the dissemination of mother languages will serve not only to encourage the linguistic diversity and multilingual education but also to develop fuller awareness of linguistic and cultural traditions throughout the world and to inspire solidarity based on understanding, tolerance and dialogue.

On February 21, 2003 on the occasion of International Mother Language Day, UNESCO Director-General Koichiro Matsuura said: "Why we focused so much on the mother language? Because languages ​​are a unique expression of human creativity in all its diversity. As a tool of communication, perception and reflection, the language also describes how we see the world and reflects the relationship between the past, present and future.

The Languages ​​bear the traces of random encounters, a variety of sources from which they are filled, each according to its own individual history. Native languages ​​are unique in the sense of what they applied to each person from the moment of birth, giving it a distinctive vision of things that never really disappear, despite the fact that later the human can master many other languages. Learning a foreign language is a way to get acquainted with another vision of the world, with other approaches".