The Decree of the President Nursultan Nazarbayev approved initiative of Kazakhstan’s leading scientists.

The same Decree also abolished "National Academy of Sciences of the Republic of Kazakhstan" government institution.

The decision to make the National Academy of Sciences the government institution has been ineffective and hasn’t contributed to overcoming the inertness in its activity, search of new approaches to organization of research process. In this regard the Head of State supported the proposition of Academy’s members to make it a public association.

At the same time the state will continue supporting development of fundamental and applied researches to achieve its social and economic objectives, progress and social prosperity.

In 1966 a unique bomb was exploded in the Medeo valley 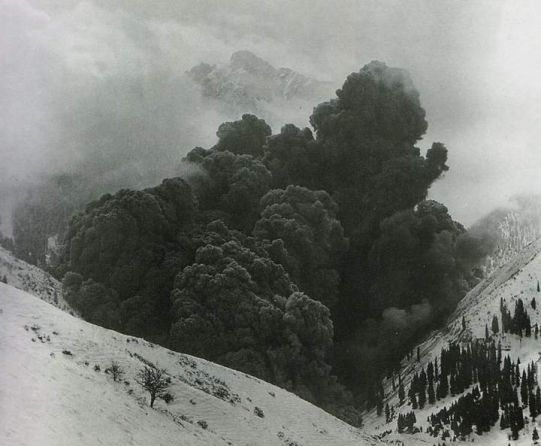 Over two and a half million tons rock outcrops released into the air for four seconds. Rock formed a huge dam which forever jammed the Malaya Almatinka valley. Thus the mud reservoir with the capacity to capture millions of cubic meters of water, mud, and debris was created. The construction of 115-m dam was finished in 1972. Its strength was tested by the nature in 1973. 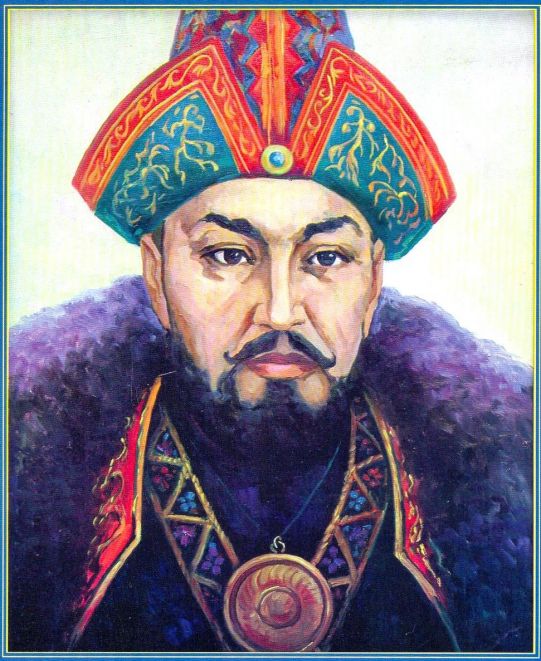 Abylay — Khan of the Kazakh Horde, outstanding statesman in the history of the Kazakh state. Until 1743 he was the Sultan of the Middle Zhuz. After the death of Abilmambet Khan Abylay became the Khan of the Senior Zhuz. Abylay’s ancestors were descendants of Genghis Khan’s son Dzhuchi — they came from Az Zhanibek who established foundation of the Kazakh Horde. Abilmansur’s father was killed by the enemy. Since childhood Abylay overcame many difficulties; he was raised by slave Oraz. Being a young man he revealed his special military talents to protect the Homeland. He always was at the scene of bloody battles, extremely brave in fights. He became famous after his help to the army headed by Abilmambet which won a historic victory in the battle with Dzhunghars. During this war in single combat 20-year Abilmansur killed the son of Kalmyk Kontaychi Kaldan Seren — Sharysh.

Abylay was elected the Khan when he was 20 years old. Around 50 years he ruled the Khanate. He was a wise politician, experienced diplomat and talented military leader. His goal was to strengthen the state and protect it from enemies; he started implementation of the idea on integration of three zhuzes.

In 1743 in Turkestan khans, sultans and batyrs of three zhuzes under the unified banner officially elected Abylay the Kazakh Khan. Abylay worked hard to strengthen the Kazakh state and preserve its independence. During his rule Kazakhs and Kalmyks for the first time sign an agreement and established good-neighbourly relations with Russia and China. These powerful states took into account the opinion of Abylay Khan.

Being a wise and visionary strategist Abylay Khan also understood the nature of inner policy of these countries. He realized that after 9 years of agreement with Dzhunghar Kontaychi Kaldan Seren the war could restart. Inner conflicts in the Dzhunghar state accelerated the beginning of the war.

When in 1752 Dzhunghar leader Lama Dorzhy carried out violent reprisal attacks against Kazakh lands Kazakh army leaded by Abylay Khan repudiate his actions. After the next attack Abylay sent 500 best military men. Lama Dorzhy who did not expect this turn of events was captured and hanged. It happened on October 12, 1753.

Abylay planned to destroy Dzhunghar army and establish equitable relationships with Ryssian and China. In this regard together with such batyrs (warriors) as Kabanbay, Bogenbay, Zhanibek, and Otegen in 1753-1754 he attacked Uluses of Kalmyks more frequent and defeated them in 1755. As a result 200-year war between Oyrats and Kazakhs finished by the complete victory of Kazakh nation.

The victory of Kazakhs was unfavorable for neighboring Russian and China. In 1756 the war between the Kazakh Khanate and Chinese state began and continued until 1757. Thanks to Abylay Khan very soon the clashes resulted in peace.

In 1765-1770 Abylay fight against Kyrgyz and expanded the borders of the Kazakh state. In 1771 he defeated Kalmyks near the Volga. Under the rule of Abylay Khan the territory of the state became even more significant, people cheered up.

Historical victories of Abylay Khan resulted in strengthening of the Kazakh state.