The Cradle of Unity exhibition 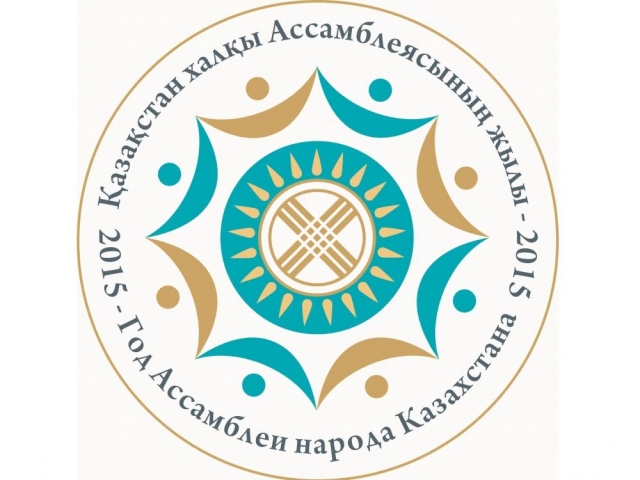 The Museum of the First President of the Republic of Kazakhstan will host The Cradle of Unity exhibition from the collections of the North-Kazakhstan Regional Museum Association. The opening ceremony will be held on 20 May 2015.

The Cradle of Unity exhibition is organised within the frameworks of inter-museum partnership project entitled "The National Heritage". The event is dedicated to the 20th anniversary of the People’s Assembly of Kazakhstan. The exposition will introduce the history of the development of the regional multinational society and tell about the achievements of the Small People’s Assembly of North-Kazakhstan region.

The idea of the Assembly was first identified by the President of Kazakhstan Nursultan Nazarbayev in 1992 at the Forum of Peoples of Kazakhstan that was dedicated to the first anniversary of the national Independence. On 1 March 1995 the Nursultan Nazarbayev signed a decree establishing a consultative/advisory body to the President of the Republic of Kazakhstan. Over the years of its existence the Assembly has gone through the long period of development, accumulated a great consolidating and intellectual potential and transformed into an institution of people’s diplomacy. This is a unique body that unites all ethnic groups living in our country. It has played a significant role in preserving stability and progressive development of our republic.

The collections of the North-Kazakhstan Regional Museum Association have preserved unique ethnographic material on the history and traditional culture of most ethnic groups living in Kazakhstan. The territory of Northern Kazakhstan became a place of residence for Russian, Ukrainian, Belarusian farmers and Cossacks who were transferred there as a result of the construction of the Gorkaya Line of fortifications and the Stolypin Agrarian Reform. The foundation of the city of Petropavlovsk and development of the local trade led to the resettlement of Tatar merchants and farmers in Northern Kazakhstan.

Many migrations are related to the collectivisation and deportation in the second half of the 20th century. The dramatic period of deportation began with the arrival of the Poles from Western Ukraine. The deportation also affected the Germans, Koreans, Crimean Tatars, Greeks, Chechens, Ingush and other ethnic groups. Today their descendants are a part of the multinational society of the region. Representatives of more than 100 national groups live in Northern Kazakhstan now.

The exposition will demonstrate interiors of Kazakh yurts, Russian and Ukrainian izbas and reconstruction of farmsteads. It will tell about traditional culture and everyday life of different ethnic groups. The central part of the exhibition will show the history of development of the multinational society in Kazakhstan through the unique ethnographic materials from the collections of the North-Kazakhstan Regional Museum Association.

The Cradle of Unity exhibition will remain in the Museum of the First President of the Republic of Kazakhstan until 22 June 2015.

Museum of the First President of the Republic of Kazakhstan