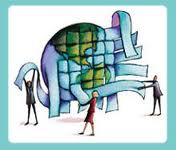 The article discusses the role of geo-cultural factors in the formation of a special Kazakh cultural invariant.

The article discusses the role of geo-cultural factors in the formation of a special Kazakh cultural invariant. Shows the elements of cultural and symbolic means of social existence of the Kazakh society in the period of its stay in the Russian Empire. Highlights the role of traumatic cultural influence, forced to make a choice in favor of the Islamic religion as a symbol of ethnic and cultural distinctiveness of theKazakhs.

Actuality of the subject is determined by significance of religious factor increased under present-day conditions without which is complicated to cognize deeply and anticipateupcoming social-political and spiritual-cultural processes in society where complex search of spiritual and  historical roots, ethnic self-identification and Kazakh people national ideology is ongoing.

Correct to speak of the presence of special Kazakh cultural invariant. Significant importance in understanding the problem of its formation  has scrutiny of geo-cultural factors. The genesis of spiritual component of the Kazakh society is based on a system coupled set of great number of endogenous and exogenous factors affect it over a period of its historical way. In this case, cultural factors, acting primarily in time measurements were combined with environmental factors, acting in geographical space coordinates. This combination in a number of recent publications is termed as geo-cultural factors.

Researches from the viewpoint of considering geo-cultural factors are analyzed the role of geographical factor in shapingthe world outlook and the culture of the people and use  the term «geo-cultural space». By geo-cultural refers to «a system of stable cultural realities and representations on the certain territory of the universe, formed as a result of coexistence, interweaving, interaction,clash of different confessions of faith, cultural traditions and norms, value orientations, underlying psychological structures of perception and functioning of the world picture»[1].

Cultural meanings of cultural space in the steppe zone had been formed on the basis of the ancient world view – metaphysics of space, harmony of planetary, environmental and human realms of existence. The European view of the world is based on the paradigm ofanthropocentrism existing in various forms – religious «man as the master of natural creatures and things»,philosophical «people-man as the measure of all things», scientific «knowledge – the power of», social –«all for the good man, in the name of the person» [2]. In contrast to the European cultural paradigm, ethnic cultures in semi-desert and steppe conditions had retained anthropocosmism as the principal feature of the philosophy and aesthetics of life. A man takes a central place in anthropocentrism, but carries on responsibility for his actions in front of all the manifestations of the natural world. Stepniak had the power coming out of harmony with the environment. He includes into orbit of his spiritual culture the  universal humanism, concluding in the picture of the world all mouse and man, nature as a whole, the cosmos and the universe.

World view the Kazakh-nomads is quite orderly and meets all the needs of their bearers, it claims man’s immixture to the cosmos, nature, and other people. Nomads- Kazakhs have always lived by the laws of harmony with the environment. Their traditional religious complex was based on the idea of ​​the relationship of natural life with the universal, cosmic spheres.In the mind of the nomad it was presented awareness that in the phenomena of nature there is  eternal and inexplicable force acting on the person and having a positive or negative effect on his fate. One of the dominant basis of historical and n spiritual memory of Kazakh people was ancestor worship.

In difficult living situations the Kazakhs addressed not only to Allah but also to the Muslim saints and their ancestors – the forefathers, honorable governors, wisemen, batyrs, worshiping them as aruahs, who protect the Kazakh people. The fact that there was ancestor worship within Kazakhs due preserving institutions of their traditional society through permanently active mechanism of traditions.

Ancestors' cult was intertwined with Islamized cult of saints.This trait of Islam reflects its ability to adapt to local conditions, especially as he retained the respect for family ties, typical for Arabic society of the pre-Islamic epoch. In consequence of prolonged and moderate process of  Islamization of Kazakhs in time there was no disruptive changes in the traditional worldview of the Kazakh ethnos, in its geo-cultural values.

There is no doubt that people are able to change the cultural and symbolic means of their social existence under the influence of historical circumstances. There may be certain conditions under which the society makes its choice. In the process of socio-cultural development of the Kazakh socium in the epoch under study there happen dynamic changes of its mentality because of historical circumstances put the Kazakh societyin terms of cultural-symbolic means of its social existence and traditional beliefs to a large extent had been Islamized. It was at a time when the Kazakh society was part of the imperial system, gradually changed the context in which it drew its own image. Belonging to the followers of «Mohammedan law» during the period of the Kazakhs in the Russian Empire was an important (but not essential, as many of their neighbors) condition to express their national identity, the symbol of its ethnic and cultural distinctiveness.

Before including Kazakhstan into the Russian Empire the Kazakhs lived in relative obscurity and protection of their cultural space. Russian confessional and educational policy as a serious traumatic cultural impact, has led to a change of the cultural landscape.

Here we are dealing with a phenomenon that can be called a cultural trauma caused by the inevitable social contradictions resulting from the interaction of geo-cultural images of one civilization with alien images of the other one.Forming theory of cultural trauma began with an analysis of violations of the national identity. A. Neil wrote that national trauma conjures up a picture of life in a dangerous world that is indifferent to the personal needs and interests [3]. The concept of a cultural trauma was introduced by Peter Sztompka. According to his point of view, the cultural trauma is associated with the negative effects of rapid social change and collective awareness. Sztompka understands cultural trauma as a clash of indigenous values ​​of society with the «others» that are alien and hostile [4]. R. Eyerman noted the link to the category of cultural trauma with group aspects of identity: «Like a physical or mental trauma discourse in discussing the cultural trauma is a mediation process, including alternative strategies and alternative points of view. This process is aimed at the restoration or reconstruction of collective identity through collective representation, as a way to patch the gaps in the social fabric» [5]. The concept of cultural trauma received methodological support to the famous American sociologist Jeffrey Alexander. Cultural trauma is determined by him as a process, which manifests itself in the collective consciousness of the community through a sense that they have become unwitting participants in a «terrible» event that will forever remain in the memory of the group, forever changing its future identity [6].

Awareness of their cultural space compared to other cultural spaces made Kazakh society clearly define their identity. Historical circumstances have forced Kazakh society to opt for the Islamic religion as a symbol of its ethnic and cultural distinctiveness. Set of political and intra-ethnic conditions and regularities of development of the traditional society led to the acquisition of etno-differential and etno-identifying function by Islamic piety in the mentality of the Kazakhs.

Thus, globalitet, ie conservation of value-semantic content, of the Kazakh culture during active intercultural communication proved its resilience. Development  of geo-cultural values ​​of the Kazakh people during the period of its part of the Russian Empire took place in the unity of the two areas: the preservation of internal resources of ethnic and religious traditionalism of the culture itself and of the state social and cultural protectionism against the Islamic religion. In the process of socio-cultural development of the Kazakh society there were dynamic changing of its mentality.

Use of materials for publication, commercial use, or distribution requires written or oral permission from the Board of Editors or the author. Hyperlink to Qazaqstan tarihy portal is necessary. All rights reserved by the Law RK “On author’s rights and related rights”. To request authorization email to mail@e-history.kz or call to (7172) 79 82 06 (ext.111)
Қазақша Русский English
MOST READ
Month Year
Stolypin about the worries and hopes of immigrants to the Kazakh steppes Kazakh historical drama Tomiris premiered in Istanbul
Karaganda coal and the merchant Ushakov The great son of the great steppe Kazakh dissidents: Amangali Kenzheakhmetuly, known as the “Gang” Kassym-Jomart Tokayev sent a telegram to UN Secretary General António Guterres History of pandemic in Central Asia Living for the Kyrgyz account The excavation works in the town of Syganak A death of Ulugbek Heroic mothers of the great steppe How had the World War II been started? 14 monuments at Tekturmas The rural akims: the country's hope is in the elections

Materials on theme
5
2
Youth planet – with Yuri Gagarin. During the 8thWorld Festival of Youth and Students in Helsinki
20