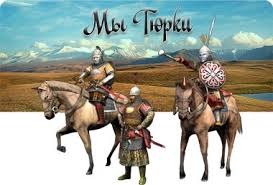 They are mostly known by the name of the area. For example, Kashgarians and Khotans. In the ancient times, the sedentary people called aria lived in the westernmost part of (Turkestan). In the old times their Khanate was called Kishi (small) by the Chinese. Nowadays they are kunshut and keleket. The large (Ulken) po-lu occupied Belozhtsan, Yasyn, Zhety Aral (seven islands) and a part of Karifstan. According to the Aristov, their tribes are choube, chomi, chuban and others. In the nine century, they were conquered by karliks and turned to Islam. Then they were subordinated by karakidans and then by khoresmshah. Kalmaks and Chinese who called them chan-tu, Kyrgyz, and Sart, also ruled them. Including taranchi, i.e. growers. Chinese seeded the bread near Kuldja. When Muslims conquered Ghulja, taranchi have been left out of Chinese authority, but in 1871, they became subjects of Russia, and when they returned to the Chinese land, many taranchi decided to stay in Russia and settled in the Ili Valley. There is another nation in China that speaks a Turkic language. The Salur tribe that lives in Gansu. According to them, they came to this land in 1370 from Samarkand. There are other dungans, the Chinese Muslims. Their distant ancestors - the ancient Turks Huns. Hundreds of thousands of Huns were captured by the Chinese (and moved into the country). The dungans are the descendants of those Chinese Huns.

From the book of Shakarim Kudayberdy-uly "Genealogy of Turks, Kyrgyz, Kazakhs and their Khan dynasties". Translation by B. Kairbekov. Alma-Ata, Dastan JV, 1990
Use of materials for publication, commercial use, or distribution requires written or oral permission from the Board of Editors or the author. Hyperlink to Qazaqstan tarihy portal is necessary. All rights reserved by the Law RK “On author’s rights and related rights”. To request authorization email to mail@e-history.kz or call to (7172) 79 82 06 (ext.111)
Қазақша Русский English
MOST READ
Month Year
A death of Ulugbek Kazakh dissidents: Amangali Kenzheakhmetuly, known as the “Gang”
Where did Tengriism come from? Armenians and their kinship with the Kazakh people Today is Kazakhstan Police Day Nurmukhan Zhanturin. Actor who played himself Aytys between Suyunbay and Katagan Doctors-comrades-in-arms of A. Bukeyhanov Nurtas Ondasynov. Kunayev’s Chief Symbols of people's hope and dreams We need to know the light and dark pages of history - Makhabbat Kozybayeva Remembrance Day for Victims of Political Repression and Famine Karaganda coal and the merchant Ushakov The great son of the great steppe