Cultural tour at the Museum of the History of Astana 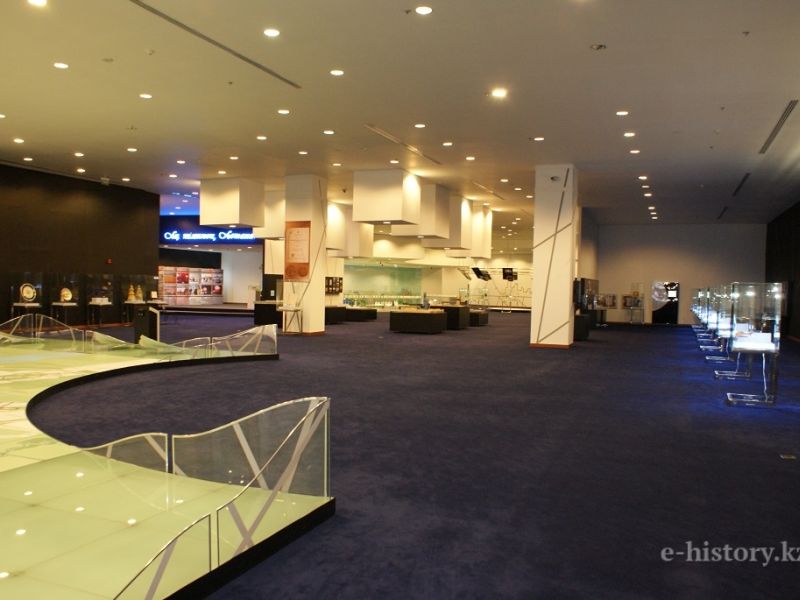 What do you know about Astana? And would you like to know about it more?

Museum of the history of Astana can help you with this. Nobody will leave museum indifferent.  The scale and beauty of exposure cast a spell on everyone as soon as crossing the threshold of the museum. Collected here exhibits have magic. They are valuable not only for witnessing the emergence of Astana but because they literally express feelings. The exhibits show the early stage of transfer of the capital, the modern appearance and its new plans, which give us the opportunity to compare North capital from its early development to the present appearance and even how it will look like by 2030. 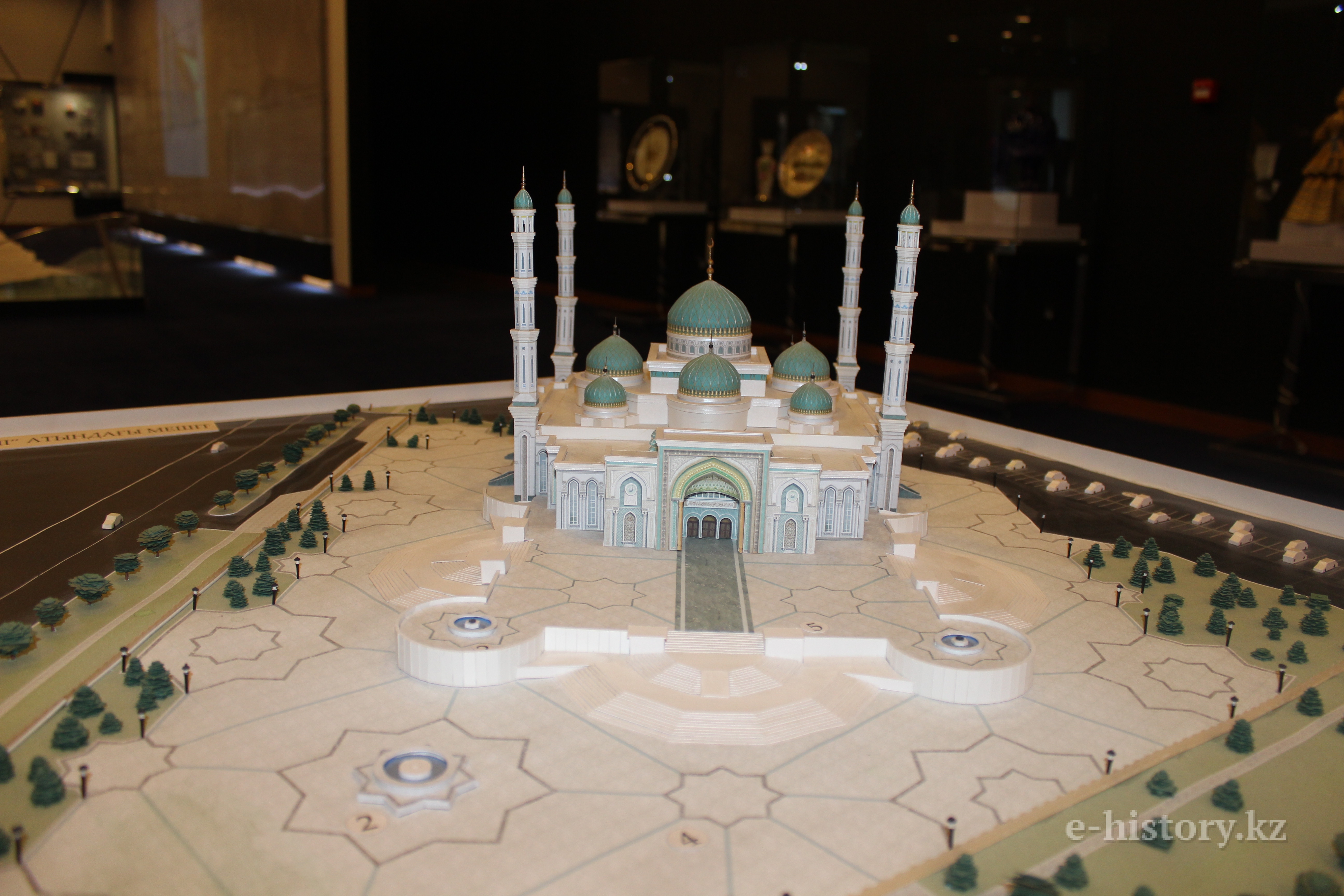 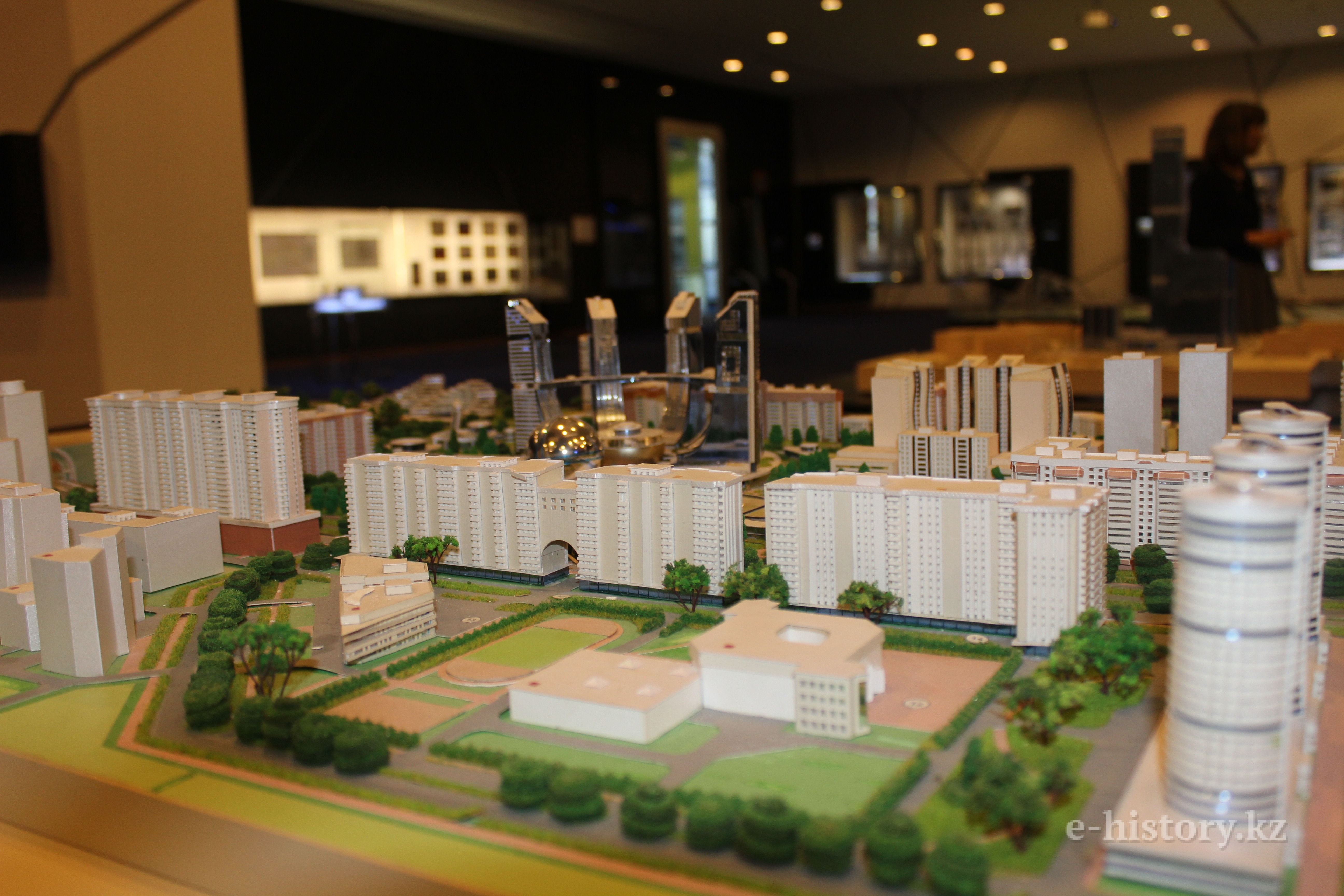 The layouts of development of the capital you will not see anywhere else but in the History Museum of Astana. On that layouts cane be seen already well-known buildings and parks, which took roots in the capital, as well as learn those that so far only in the plans and drawings. Visitors will be able to see layouts of architectural structures, which in the future will be built in Astana. In the future of Astana visitors will be able to see the layouts of architectures like multifunctional complex “Abu Dhabi Plaza”, indoor city “Batigay”, new project of rail transport and much more. 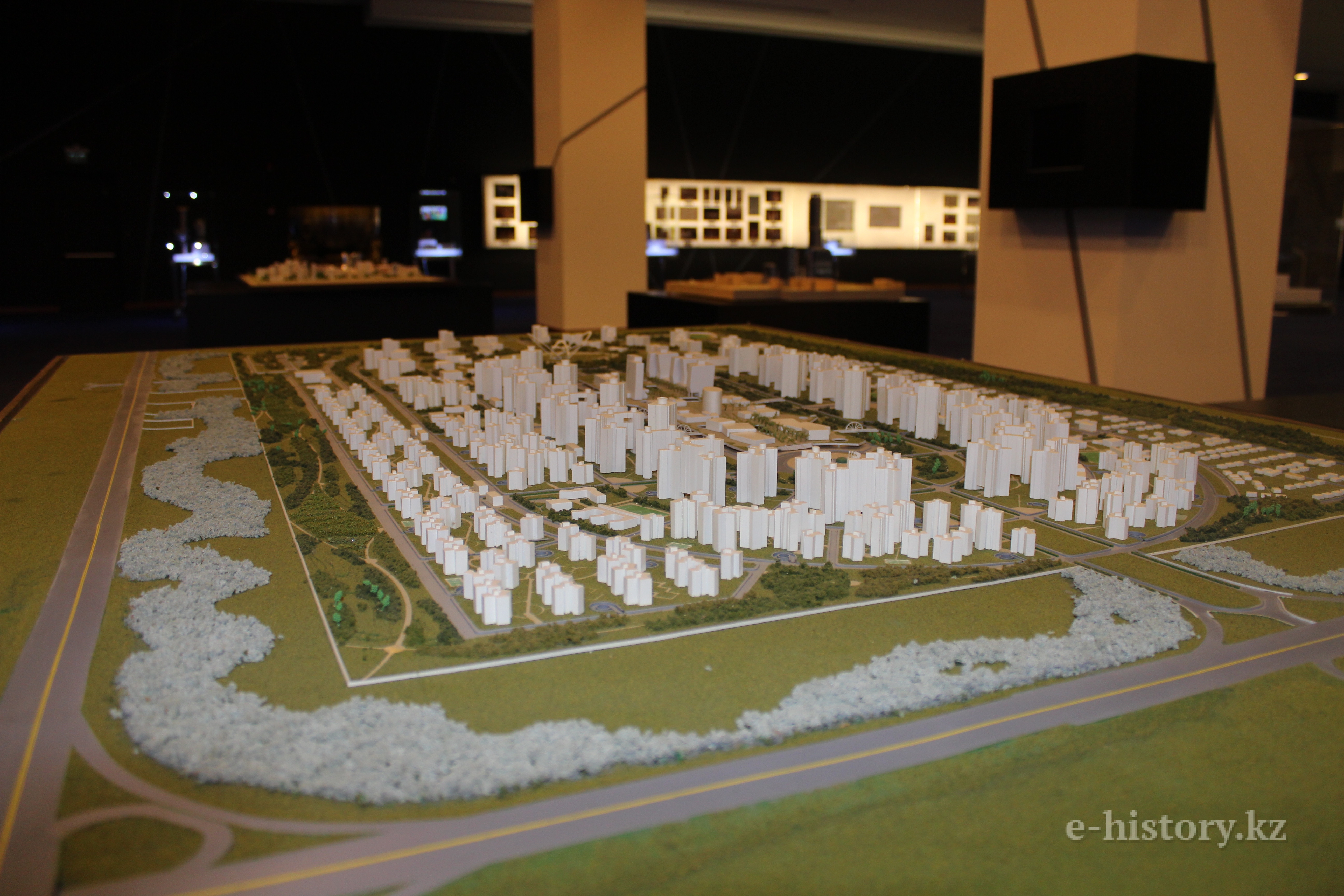 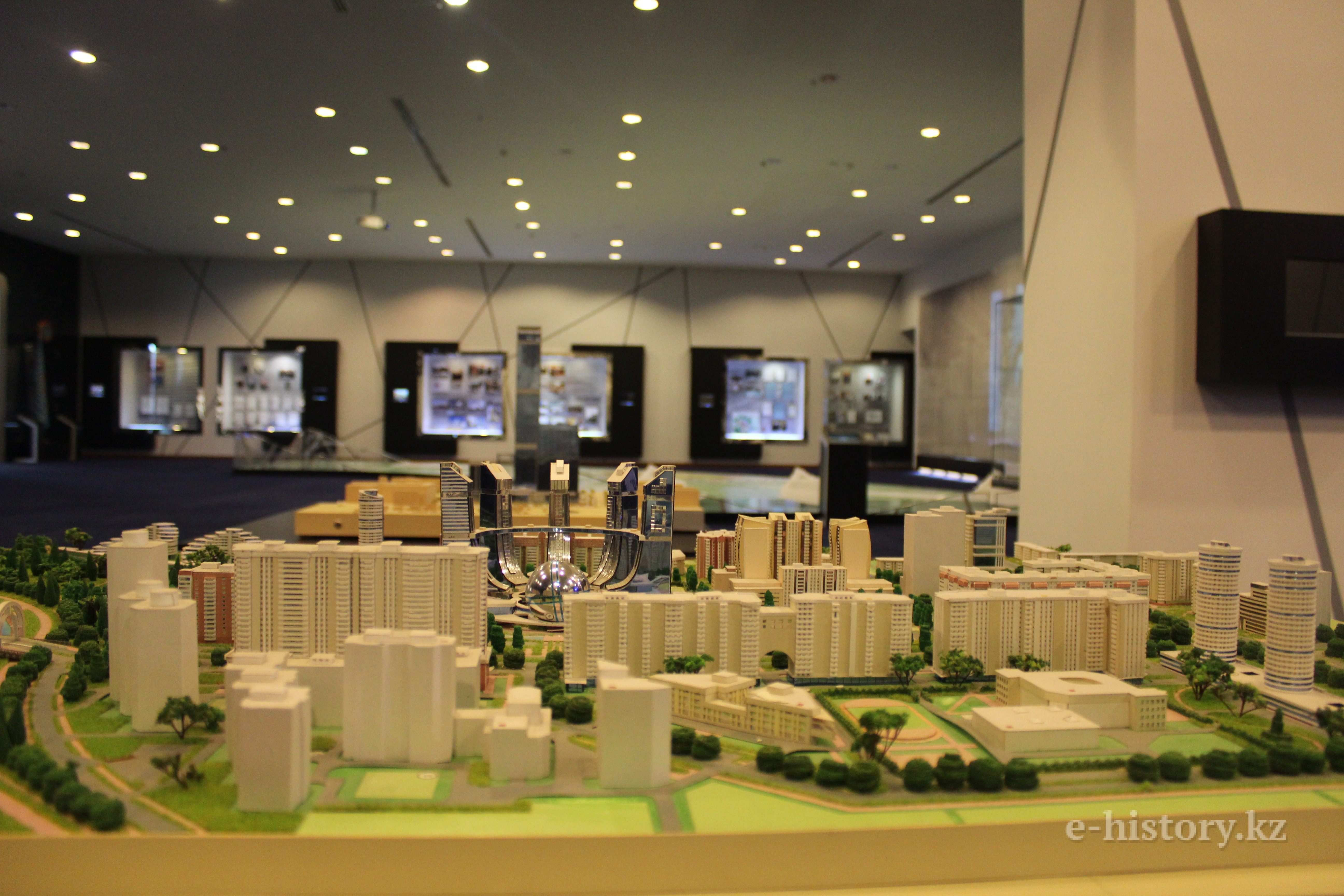 The model of residential complex 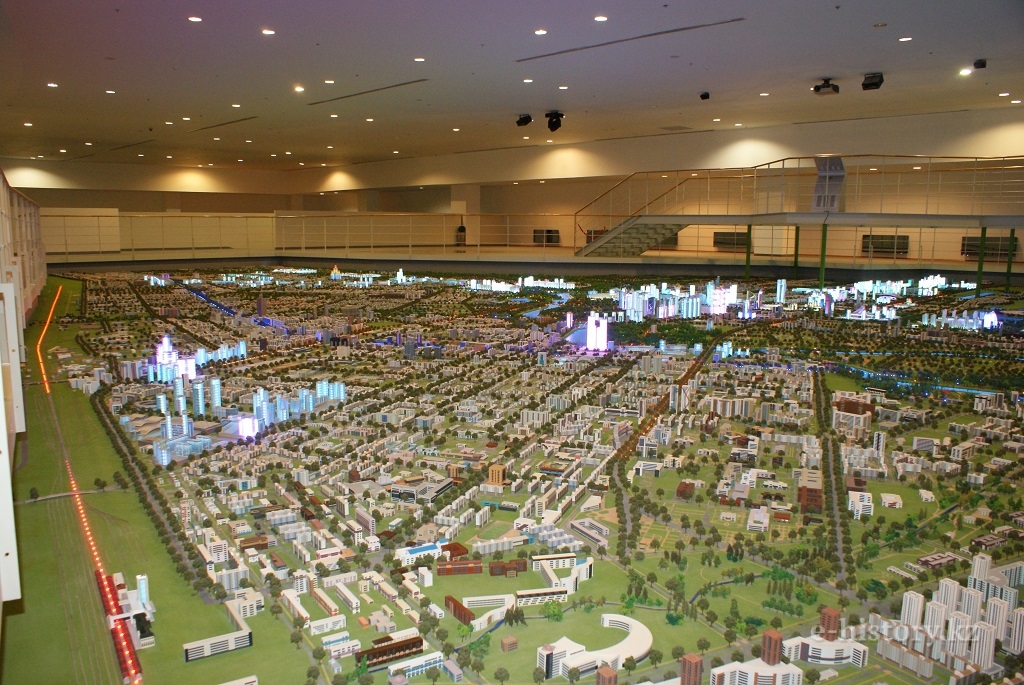 One part of the exposition takes sport section, where displayed the medals of leading sportsmen and sport teams of the capital. 2011 is the significant year in the sport life of Kazakhstan. On the screen was shown the grand opening of 7th Asian Winter Games. Torch, cup and bowl, which lit the fire of 7th Asian Winter Games found their worthy place in the exhibition. 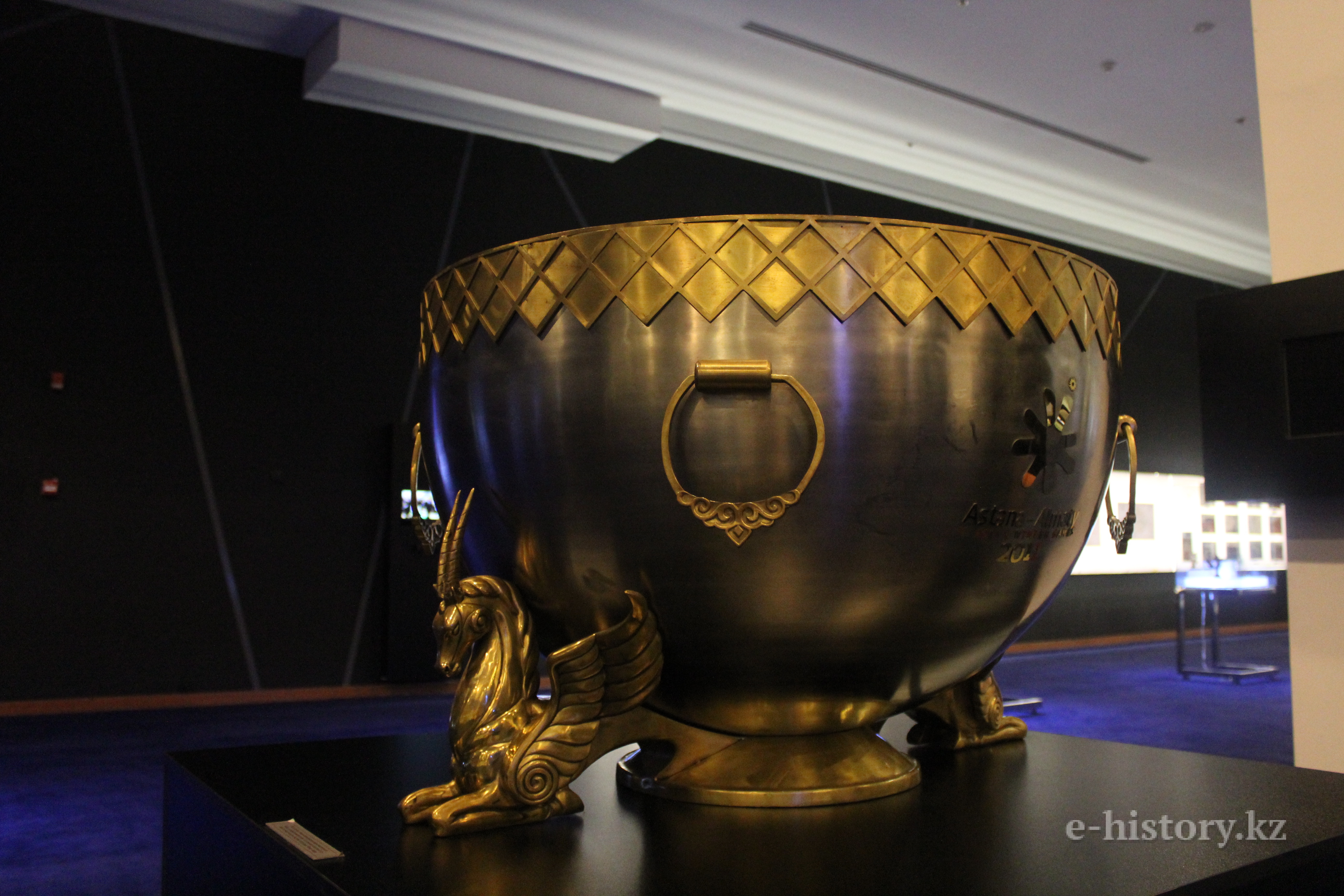 The bowl that lit the fire of 7th Asian Winter Games 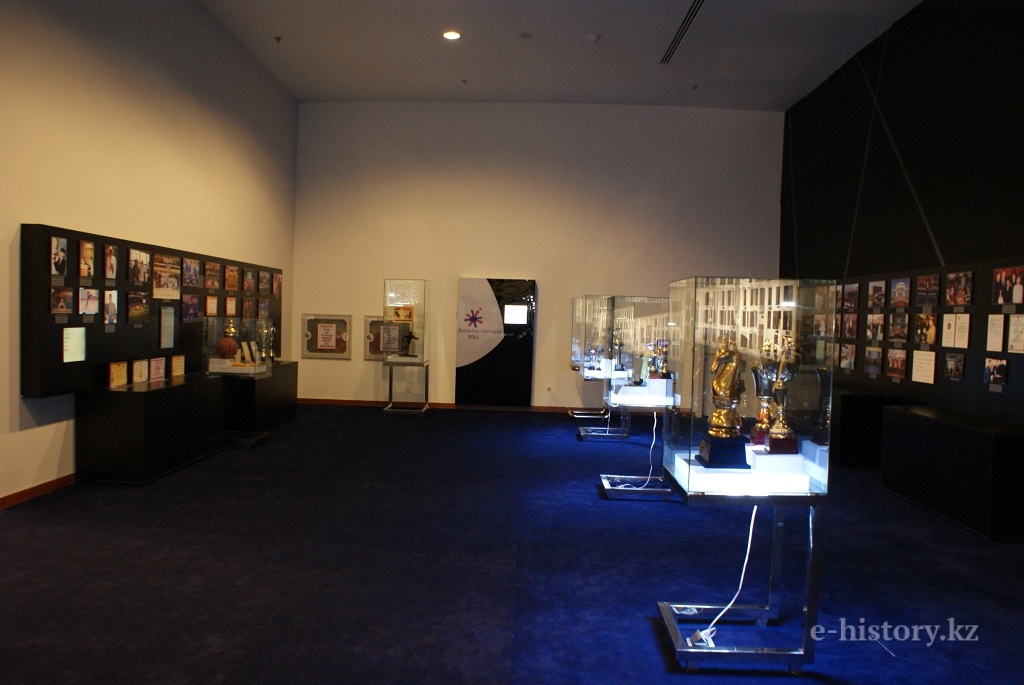 The museum is equipped with the latest technology. Touchscreens, which are built in the walls, with help of which visitors can be able see archive video materials of the history of Akmolinsk city and Tselinograd. Also exposition equipped with electronic libraries.

On the hanging archival screens in the center of hall are shown the films about the opening significant objects in Astana. Materials of construction companies are placed in the windows “Negiz-Akmola”, “Nayza Kurylys”, “Mabiteks”, “Sembol” and “Basis-A”. 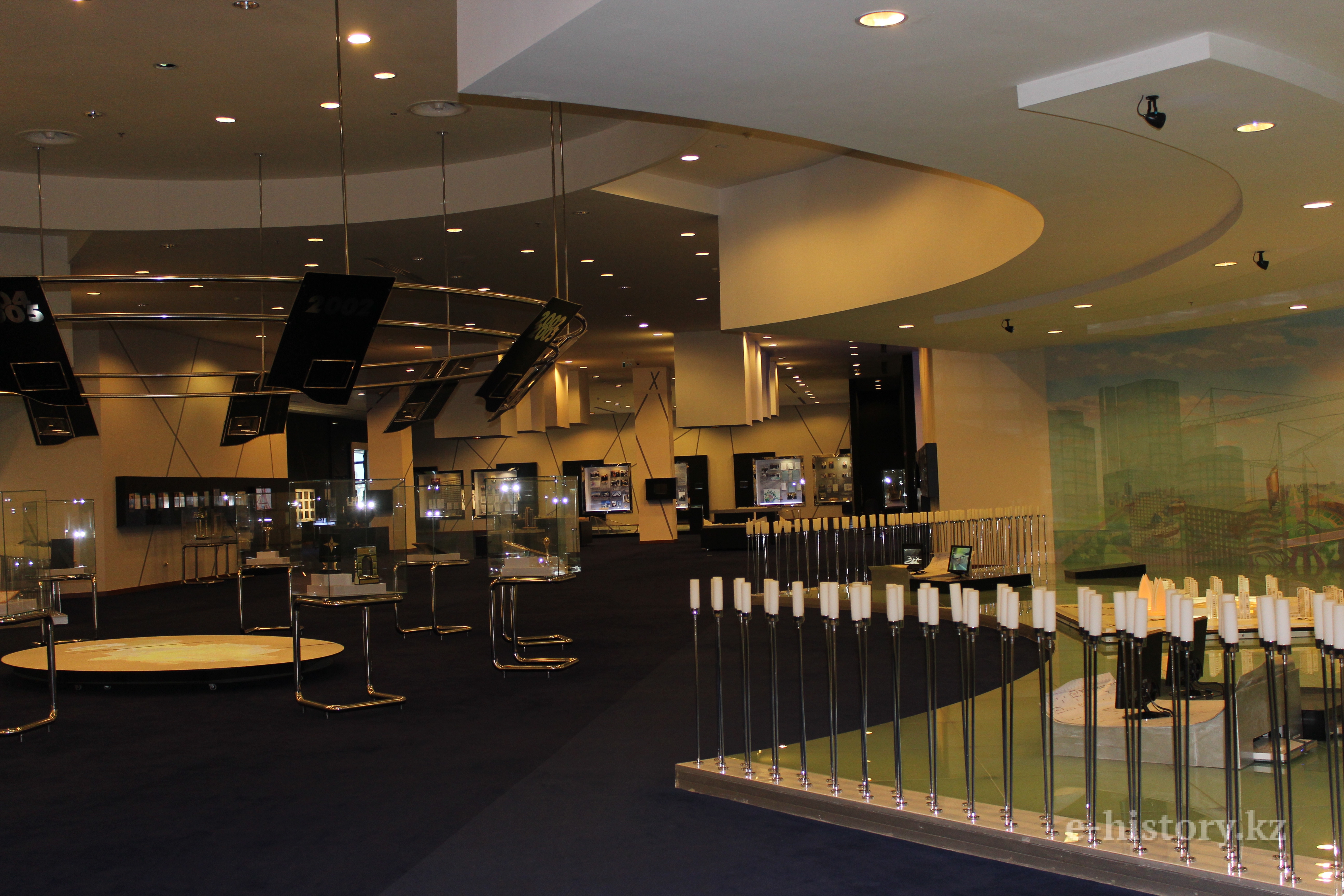 Historical documents, archival materials, gifts of the city and its achievements are displayed at the museum. One the very interesting exhibit is drawing of the Head of State N. Nazarbayev with the sketch of the monument “Bayterek” 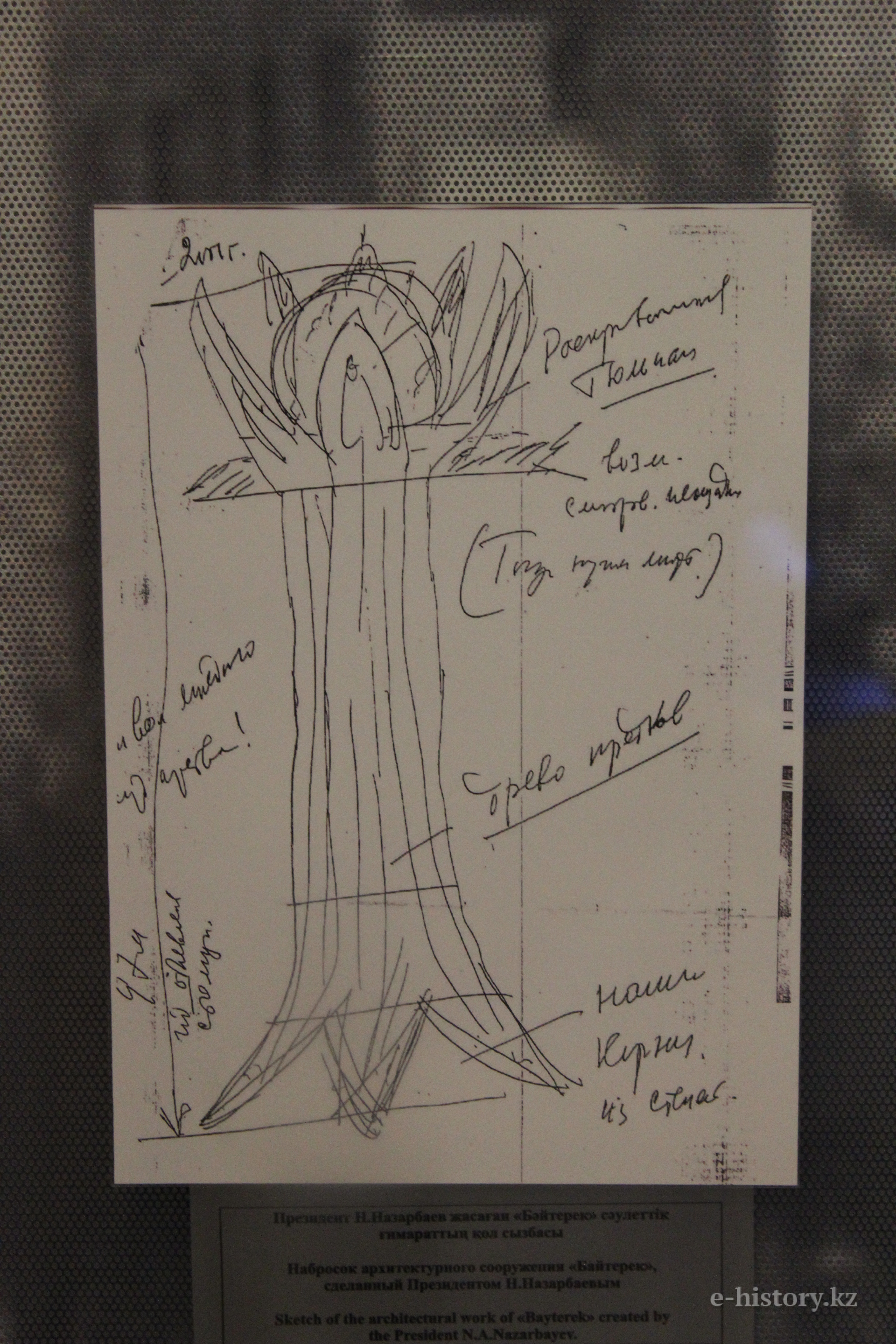 Internal structure of the museum is a wonderful combination of vigorous decisions with aesthetics cozyness. 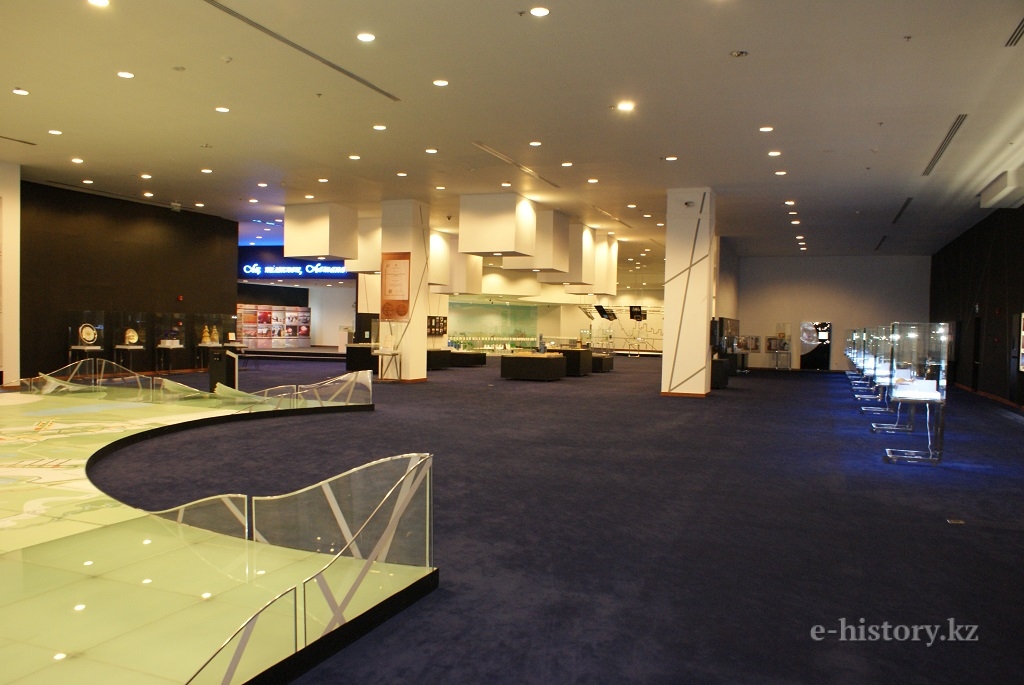 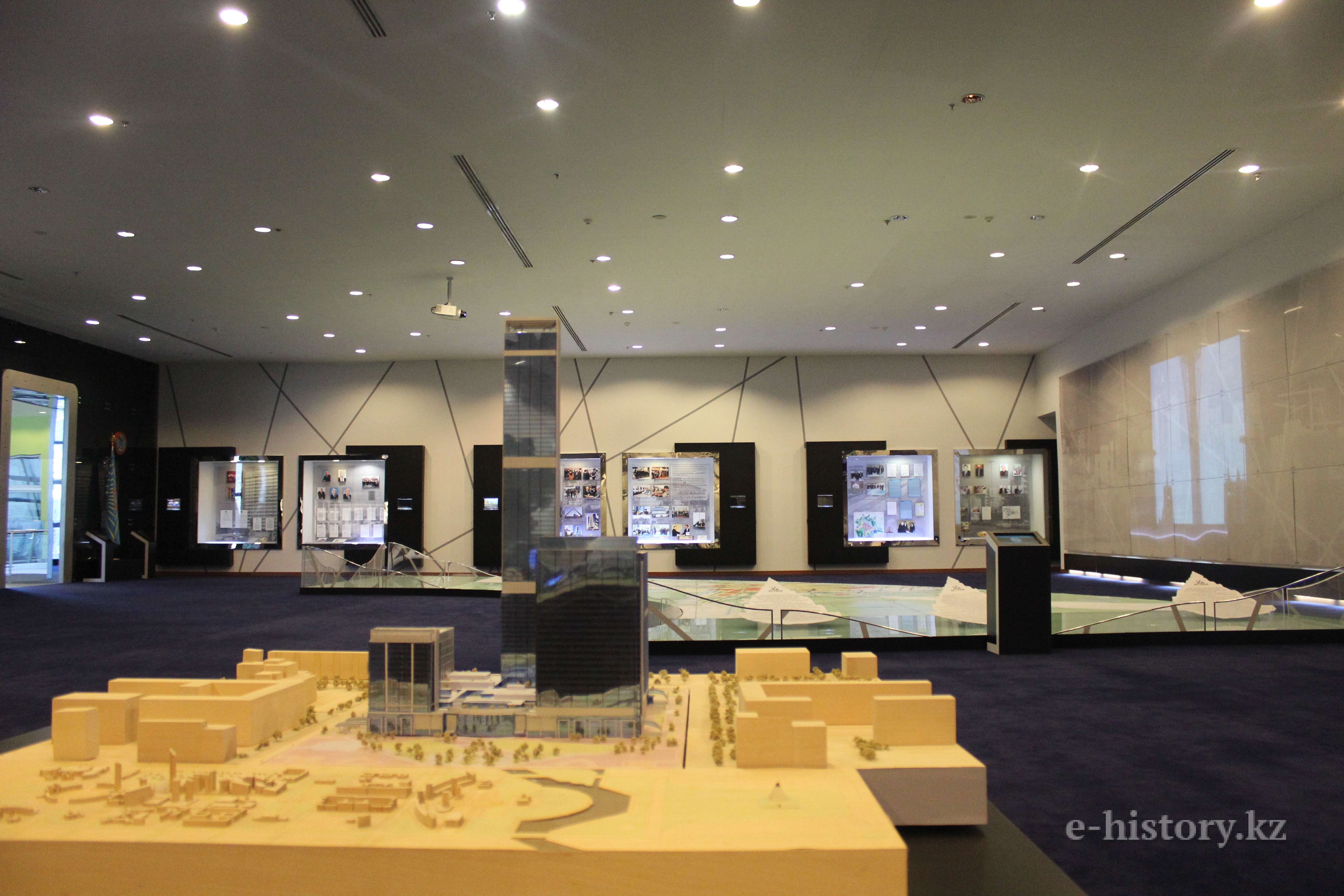 The layout of “Abu Dhabi Plaza”

How to get there: