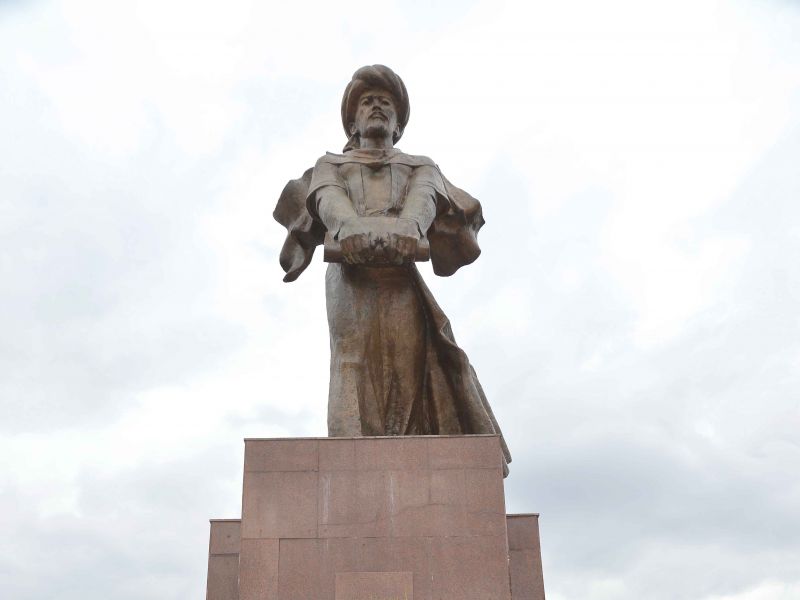 For the first time International Farabi reading held at the university in celebration of the 80th anniversary of the largest university of the country.

The scientific conferences, sessions, round tables discussion panels, author seminars and competitions will take a place for two weeks, with participation of the domestic and foreign scientists.

The main aim of the International forum “Abu Nasr Al-Farabi in dialogue of time” was giving new impetus to the development of science-based understanding of the creative heritage of the great philosopher in terms of modernity. The participants discussed current issues concerning the integration of science and education, improvement of the spiritual, moral and intellectual culture of modern society, implementation of the Strategy “Kazakhstan -2050” to build a society and national idea “Mangilik El”.

Participants of the plenary session were a poet, writer and public figure of Kazakhstan Olzhas Suleimenov, the president of NAS RK, academician Murat Zhurinov, directors of research institutions of the Committee of Science of MES Absattar Derbisali and Zarema Shaukenova, famous domestic and foreign scholars Albert Fishler (France), Yashar Aidynuly (Turkey) and many others.

During the forum also will be presentation of the University Rector G. Mutanov innovative model of “Al-Farabiuniversitysmartcity”. Al-Farabi’s doctrine “Ideal city” was the basis of this model. The purpose of the project is creation of the University of the New Format, which is on the basis of symbiosis of new technologies and moral values demonstrate innovative approaches to the development of society. University sees its mission to generate a new generation of citizens.

Guests and participants of the forum learned about the exposition of All-Farabi, which was opened in the building of scientific library of Al-Farabi, the largest library among universities of Central Asia. A special event will be the presentation of first four volumes of the book of collected works of Al-Farabi. Publicationisdedicatedto 1145 anniversaryofthephilosopher.

At the forum was founded tradition of awarding the “Golden Medal of Al-Farabi” domestic and foregin scientific for outstanding achievements in scientific, educational, social and international activities, diplomas “Best young scientist of Kazakh National University named after Al-Farabi” by the fields of science.

On the basis of Farabis’ readings, an international student forum “Green Bridge across generations”, Student conference “Farabi alemy”, competition for innovative projects and students’ business incubrators and others will be held.

Our journalist Olzhas Berkinbayev while participating in the forum presented Internet project “History of Kazakhstan”. He talked with the rector of the University G. Mutanov and the poet and public figure Olzhas Suleimenov. The famous scientist and scholar of Al-Farabi study A. Derbisali, PhD and professor  U. Kalizhan and also Turkish researcher of Farabi study Yashar Aidynuly gave the unique interview for our portal. Materials are in our future articles.