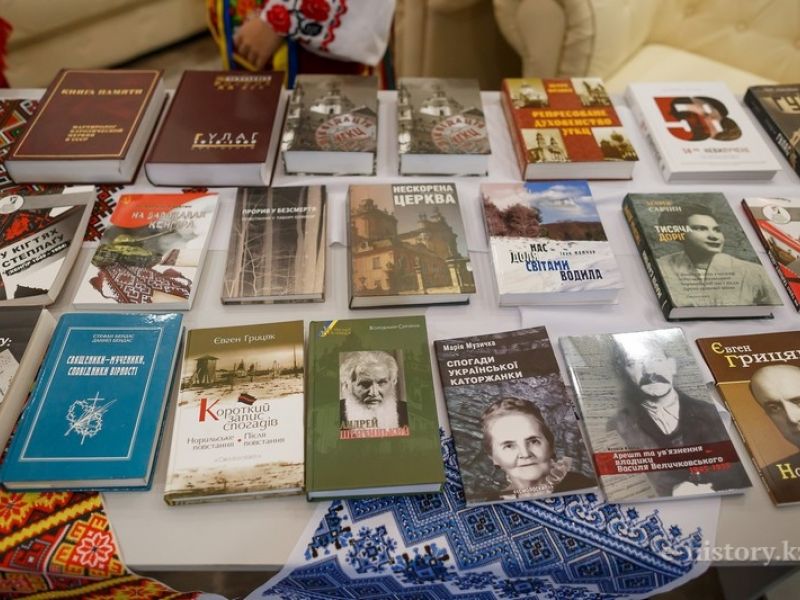 An international scientific and practical conference devoted to the deportation of 26,000 Ukrainian families to Kazakhstan was held in Karaganda

October 13, 2017, journalists of the NDH portal took part in the International Scientific and Practical Conference on the topic "Deportation of Peoples in the Epoch of Totalitarianism: Historical Lessons". 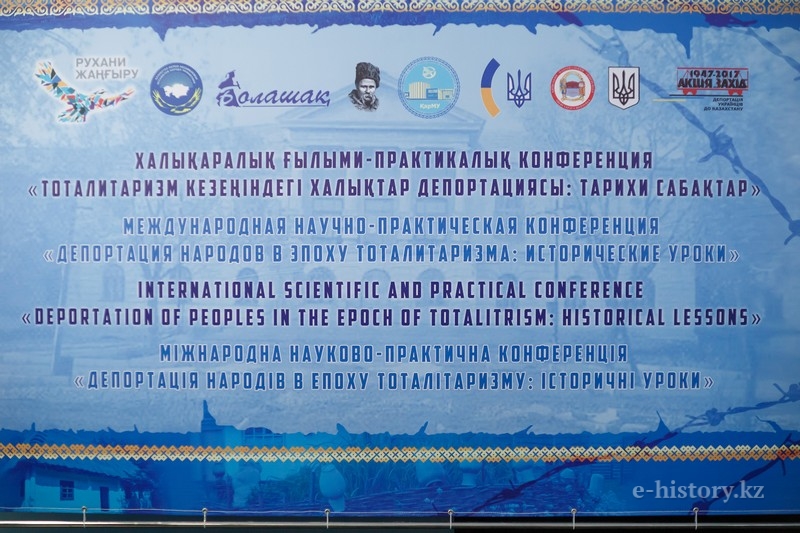 One of the tragic pages of the history of the USSR is political repression, the victims of which are the peoples of all republics. Not only active political opponents of the Bolsheviks, but also people, who expressed disagreement with their policies and ordinary citizens, fell under the hammer of the Stalinist totalitarian regime. In the first decades of the existence of the Soviet government, intensive political repression took place, and the policy of forcible relocation of peoples-deportation-intensified. In those tragic years the Ukrainians found themselves in an unfamiliar, unknown Kazakh steppe. Since the late 1920's several stages of the deportation of Ukrainians passed, but the most massive eviction from Western Ukraine was in 1947.

The conference dedicated to the fate of the Ukrainian people in the era of totalitarianism was organized by the Secretariat of the Assembly of the People of Kazakhstan in the Karaganda region, the Bolashak Academy, the Karaganda State University named after E.A. Buketov, Karaganda regional association of the Ukrainian language named after T.G. Shevchenko and the Embassy of Ukraine in the Republic of Kazakhstan. The moderator of the scientific meeting was Smolkina Tatyana Petrovna - pro-rector for scientific work and international cooperation. 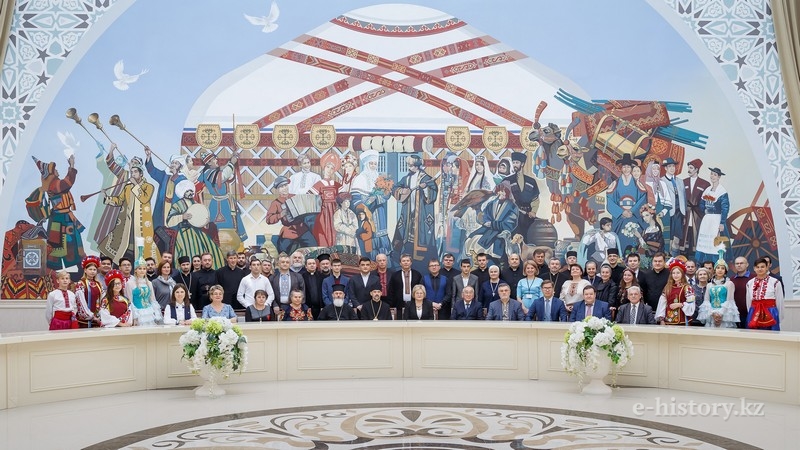 The work of the Round Table covered the following areas:

1. Deportation of peoples to the territory of Kazakhstan: history and modernity.

2. History of the deportation of peoples in documents and materials.

4. Problems of deportation and rehabilitation of the historical memory of peoples.

The conference was attended by scientists and guests from Ukraine; they made presentations on the history of deportation and the fate of deported peoples. For example, Doctor of Historical Sciences, Professor of Karaganda State University named after E.A. Buketov Zauresh Saktaganova made a report "Deportation of the Peoples of Kazakhstan: periods of history", where she raised the problem of coverage of white spots in the history of peoples. 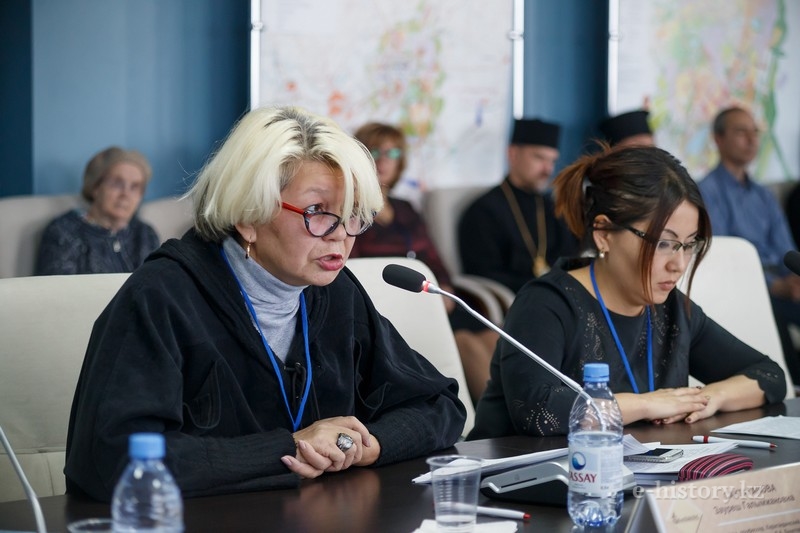 Doctor of Historical Sciences, Professor of Zhezkazgan State University named after O. Baikonurov Turganbek Allaniyazov immediately moved on to the problem. In the report "Ukrainian Diaspora in the GULAG Camp System," the scientist cited concrete facts: September 10, 1947, the Council of Ministers of the USSR adopted a decree on eviction from the western regions of the Ukrainian SSR in the areas of Karaganda, Arkhangelsk, Vologda, Kemerovo, Kirov, Molotov, Sverdlovsk, Tyumen, Chelyabinsk and Chita members of OUN families and active gangsters arrested and killed in combat." According to the plan of the Ministry of Internal Affairs of the Ukrainian SSR for transporting special settlers from the western regions of the Ukrainian SSR, it was planned to take out up to 75,000 people. Operation "West" began on October 21, 1947. During the day more than 26.6 thousand families were evicted, more than 76 thousand people. 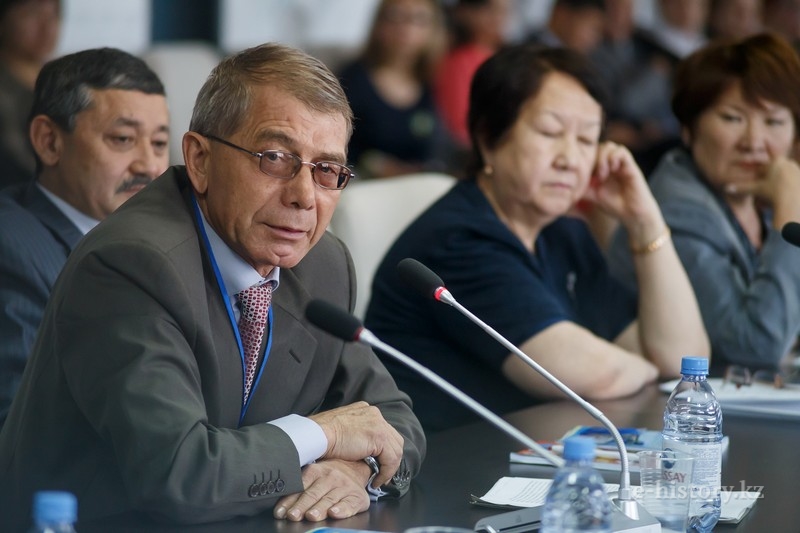 Report of the candidate of historical sciences, associate professor of the Institute of the History of Ukraine of the National Academy of Sciences of Ukraine Oleg Bazhan aroused a keen interest of the participants of the scientific meeting. In his report he used documents of the special services; in this was the value of his work. In his report "Deportation of the Ukrainian people to Kazakhstan in the 1930s-1940s: on the basis of the Soviet special services" the author revealed the whole essence of the conference.

The master of Karaganda State Medical University Gaukhar Mukhatayeva spoke about the history of the peoples deported to Central Kazakhstan. The scientific article, written on the basis of the materials of the Karaganda region, revealing the fate of the deported peoples, the health of women and children and their life, left no one indifferent. 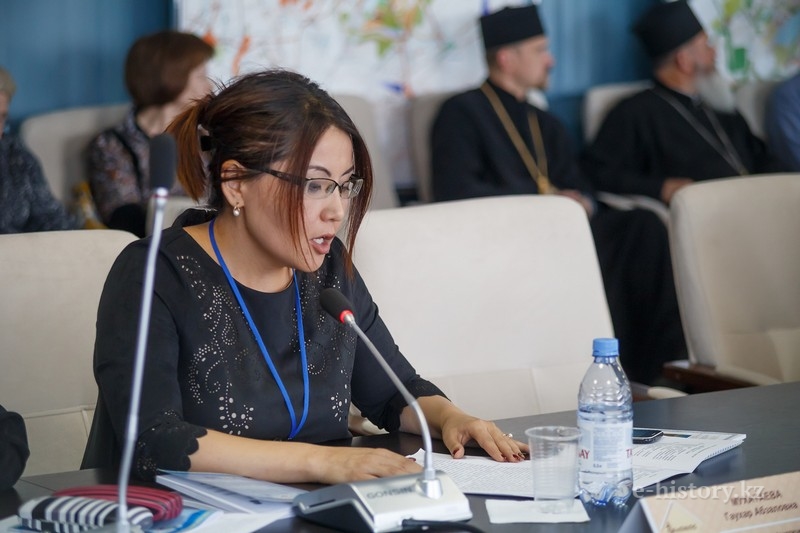 In the second part of the round table the presentation of the book "Deportation of Ukrainians to Kazakhstan" by the doctor of historical sciences, Professor Vladimir Sergiychuk was held. During the conference, Father Vassily Govera presented a book by a Ukrainian historian. 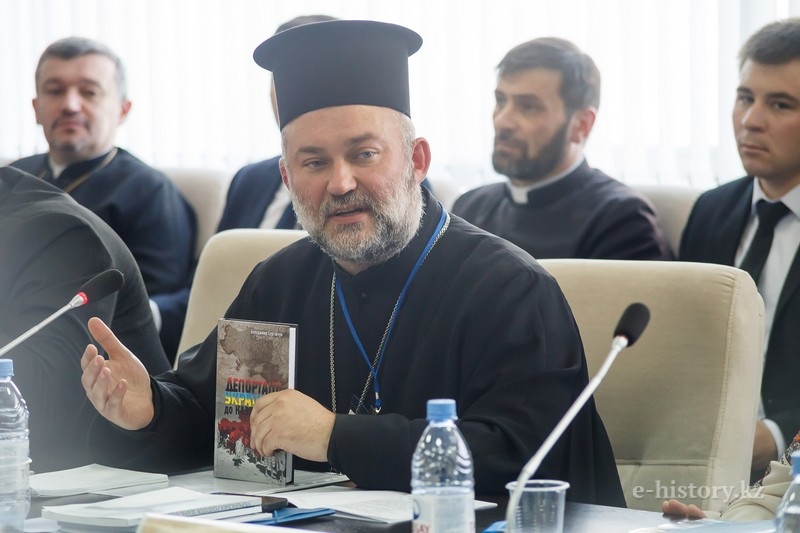 Father Vassily is the only person who has read the book so far, says that the book highlights the milestones of the deportation actions of the Ukrainian population to Kazakhstan, beginning in the eighteenth century. And in the twentieth century, these actions led to a huge tragedy, and the scientist cites documentary evidence of this tragedy. According to the author of the book, all periods, including events of World War I of 1914, confiscation of kulak farms of 1930-1931, as well as repression against nationalists and their families in 1939-1941 should be taken into account. 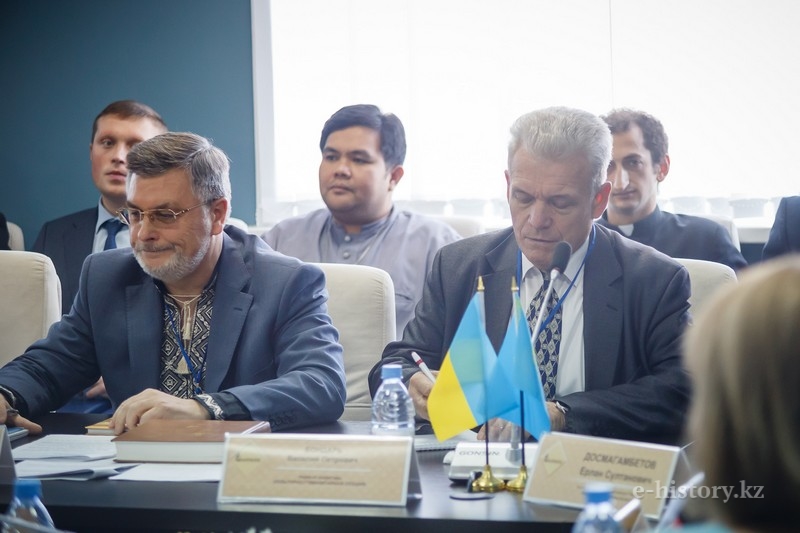 Concluding the event, the organizing committee of the International Scientific and Practical Conference informed that the work will be continued, and in the next few days a solemn opening of the monument symbolizing the fate of the deported Ukrainians will take place in Karaganda.