MILITSIYA CONSISTED OF PEASANTS, PROLETARIAT AND SMALL NUMBER OF KIRGHIZ 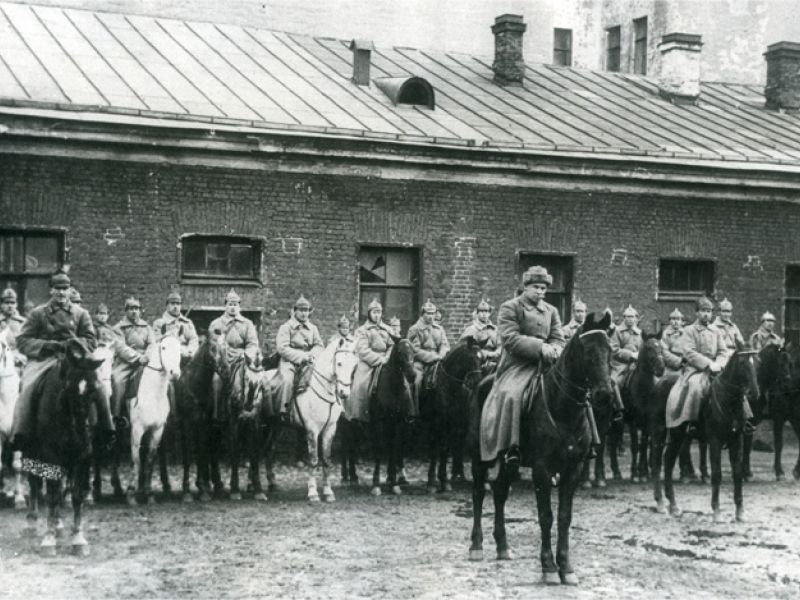 On June 23, the Kazakh police celebrate its 25th anniversary. In this regard, the NDH portal decided to turn to the archives and show what kind of militsiya was in the years of Soviet power

The activity of the militsiya in the first years of Soviet power has not been sufficiently studied. In the State Archives of Astana in Fund 247 - Akmola District Workers' and Peasants' Militsiya - little-studied cases are kept. In some of them there is not one name of the researcher. Apparently, scientists should pay attention to this scientific problem.

The establishment of Soviet power was accompanied by the strengthening of state organs, in particular the Soviet militsiya. A few days after the overthrow of Kolchak's government, with the permission of the local head of the garrison and the commandant of Akmolinsk under the Akmola city police, the staff of the office and the external police ranks was organized on November 27, 1919. On December 4, 1919, Comrade Afanasyev was appointed head of the Akmolinsk District militsiya.

In a note to the Commissioner of SibRevCom Comrade Streltsov in April 1920, the head of the Akmolinsk District militsiya Afanasyev described the first steps of the workers' and peasants' militsiya.

With the permission of the commandant of the city of Akmolinsk and the head of the garrison, the staff of the office and external officials of the Akmola district militsiya was created. The staff was relatively small and expressed in the following figures.

District police: the chief of the district militsiya, his assistant, the secretary of the police station, 2 clerks, the accountant, the registrar, the scribe, the warden of the arrest house, the watchman, the senior policeman, 16 junior policemen, 10 couriers. Total were 37 people.

City police: the chief of the city militsiya, the clerk, the scribe, six police guards, 24 policemen, a courier, a watchman. Total were 35 people.

The experience of the existence of an organized militsiya for four and a half months (December 1919 - April 1920) proved in practice that the police did not reach their position because of its small number in comparison with the territorial space of Akmola County, which occupied more than 200 thousand square versts and the population in 554 thousand people of both sexes. Akmolinsk County consisted of 33 Russian volost, 49 Kyrgyz, one Cossack village and the city of Akmolinsk. On the east side, the county stretched from the city of Akmolinsk to 250 versts, from the western side of 600 versts, from the north side of 185 versts, from the southern side 1050 versts. 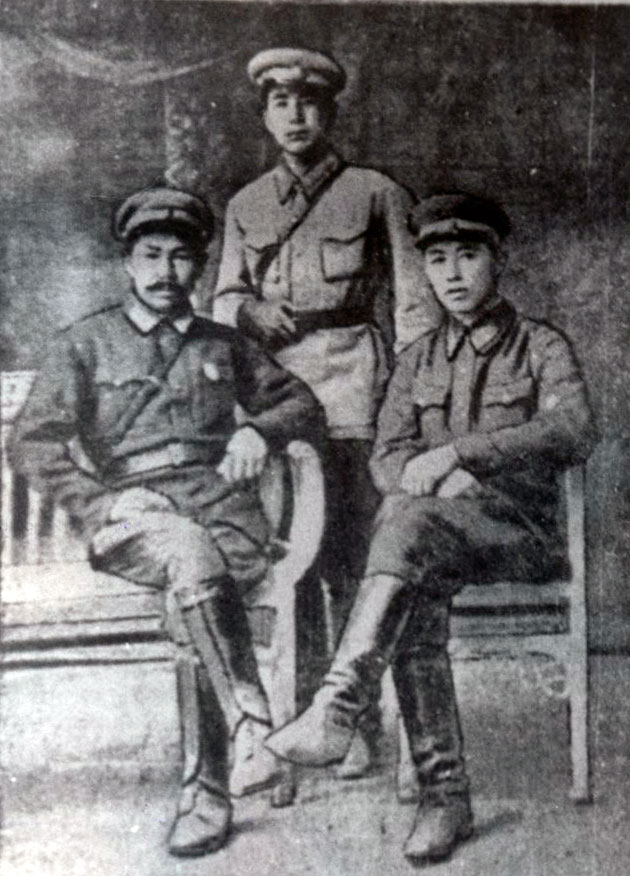 Defending the positions of his subordinates, Afanasyev wrote about the back-breaking labor that a regular policeman was performing in those harsh conditions. The police, day and night dressed up carts for the rapid transfer of military units, transportation of military cargoes, meat products, raw materials, and other government goods. The police were engaged in organizing the population for public works, for example, cleaning the infirmary, cleaning the territory, even sewing sheepskin coats and boots. Of course, the police were engaged in combating crime, detaining deserters, criminals-recidivists and counter-revolutionaries, manufacturing all sorts of crimes and misdemeanors, taking away weapons of the people thrown by whites, all sorts of property and all sorts of trophies, as well as delivering emergency packages to volost revolutionary committees. At first, the county and city militsiya suffered many adversities, censures and threats on the basis of the destination, the labor force, the burial of the deceased, the sending of prisoners of war and sick comrades of the Red Army to the rear and their homeland.

All the above-listed work of the police was carried out accurately and promptly. However, as Afanasyev admits, not all duties assigned to the police were fully met. And the main reason for this was that the police did not have time to do all that was required of it because of its small number. In order for police officers to fulfill their duties everywhere, they would strictly monitor the current moments of political life, at the time of the establishment of the slightest counter-revolutionary speeches, they immediately took measures to suppress them in the bud, and in general, going hand in hand with the Red Army they executed all orders of institutions and officials of the Federative Soviet Republic, caused by the reorganization of the country, the chief of the Akmolinsk district militsiya proposed to increase the number of police officers to the next composition.

District police: the chief of the district police, two of his assistants, a secretary, two clerks, two assistant clerks, an accountant, a registrar, a typist, three copyists, a translator of the Kyrgyz language, a watchman, two warders of the arrest house, 20 mounted policemen, 2 senior policemen, 18 Junior policemen, 10 couriers. Total were 68 people.

The documents contain the composition of the militsiya. Almost the whole composition of the ranks is enlisted from the peasantry, the proletariat and a small part of the Kirghiz. Although the Soviet government forbade the recruitment of former officials of the tsarist police, when organizing police ranks, people from among the employees of the Kolchak government were employed. But before taking them to work, they gathered information about their political reliability and took into account their past in the service. And there was no one to replace them. Firstly, there were almost no people wishing to join the police, and secondly, in the interests of the case, these persons, like the old employees, were necessary at first to carry out certain urgent orders and business trips, and in general, people familiar with the population of Akmola County.

It is difficult to say whether Afanasyev may be cunning, but as the chief of police stated, "Complaints from the population about wrong actions in the service of entrusted external officials have not been received." The same note is also echoed by the note to the Head of the Department of Administration under the Akmolinsk Uyezd Executive Committee: "It was difficult, but the police had the ability to fulfill their duty and there were no cases when it applied any repressive measures during their implementation."

Despite the huge responsibilities and unsafe for the life of police officers, they received extremely miserable content, which was sorely lacking. For example, the courier received 770 rubles a month. Having a family of five souls, he needed a month from the living wage of 1200 rubles, not to mention shoes and clothes. Such a family lived in starvation and there were many such families. Although the instructions of the Department of district militsiya said that the ranks of the external police had to use the ration of the rear Red Army man, but in the spring of 1920 it still was not and the militiamen did not receive any rations. Undoubtedly, the issuance of food rations would significantly improve the financial position of the police ranks, and, as Afanasyev said, "Would give them strength to penetrate the consciousness of duty to serve not for fear but for conscience for the good of the people."

But in the summer of 1920 the situation improved significantly. In a note to the Head of the Department of Management under the Akmola County Executive Committee of August 9, 1920, it was noted that all militiamen are trained in the military system and their armament consists mainly of four line rifles, berdan and checkers and a small part of three line rifles. The cavalry detachment is armed with three line rifles and checkers, the district command staff is armed with revolvers of different systems and checkers. All the external police officers use the ration of a Red Army soldier; some have issued state boots brought from Omsk.

In the cavalry detachment there are 20 horses, 16 of which were requisitioned by the land department, 3 sent by the Politburo, and the latter was taken away from the detainees on charges of theft. 14 saddles were taken from the population and abandoned by the White Guards at retreat.

The office of the district militsiya remained in the previously occupied premises and is equipped with the conditions that remained when evacuating the white police. There is an acute shortage of office supplies.

What crimes were recorded during that period? There were 131 incidents in the county: 25 thefts, 4 suicides, 6 drowned, 8 murders, 4 escapes of arrested people, 6 fires, 1 rape, etc. 178 criminals were detained.

Thus, the head of the Akmolinsk Uyezd Soviet worker-peasant militsiya told us about the everyday life of the workers' and peasants' militsiya in the Akmola district in the 1920s.