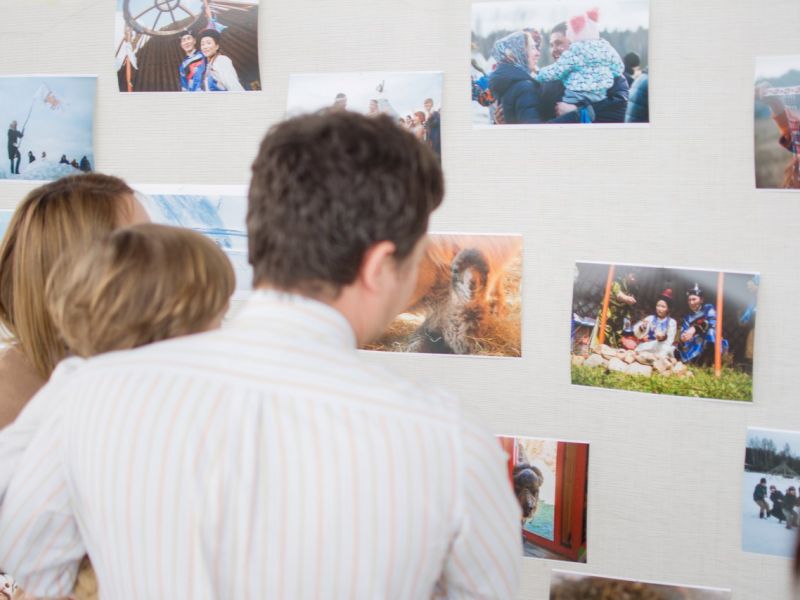 In the Moscow Palace of Pioneers on Vorobyovy Gory (Moscow, Kosygin St., 17) within the framework of the Moscow Children's and Youth Festival of National Cultures "My Home - Moscow" was the Day of Kazakh Culture, dedicated to the spring holiday "Nauryz".

The organizers of the Day of Kazakh Culture were the Kazakh ethno-cultural public associations of Moscow.

In the exhibition expositions of the holiday were presented the interior of the yurt and objects of the Kazakh life, souvenirs and products of applied art, books, photo exhibition "Nomad" and an exhibition of children's drawings. A festive table was laid where guests enjoyed national treats and sweets. 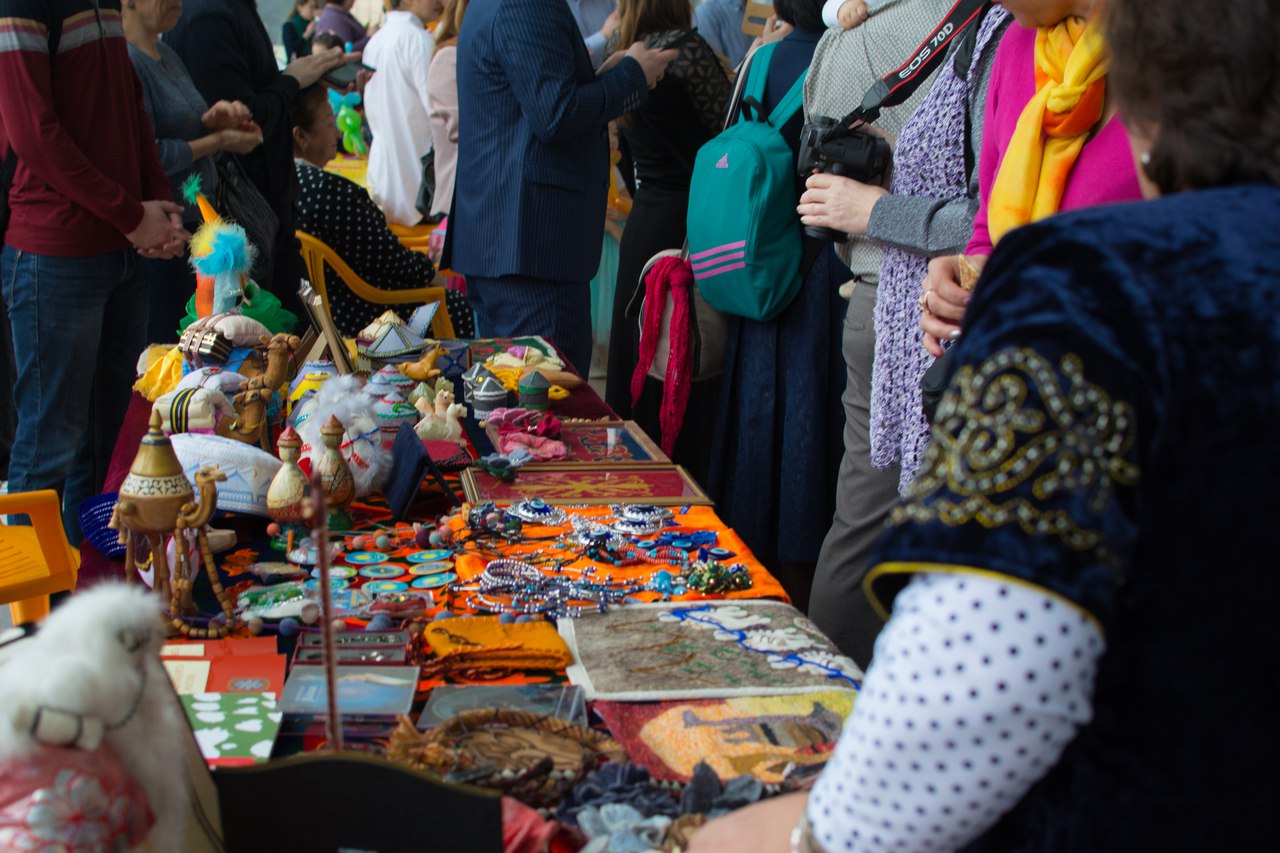 In the entertainment part of the holiday, led by activists - students of Moscow universities, guests were able to compete in national Kazakh games, participate in master classes in folk crafts and arts. 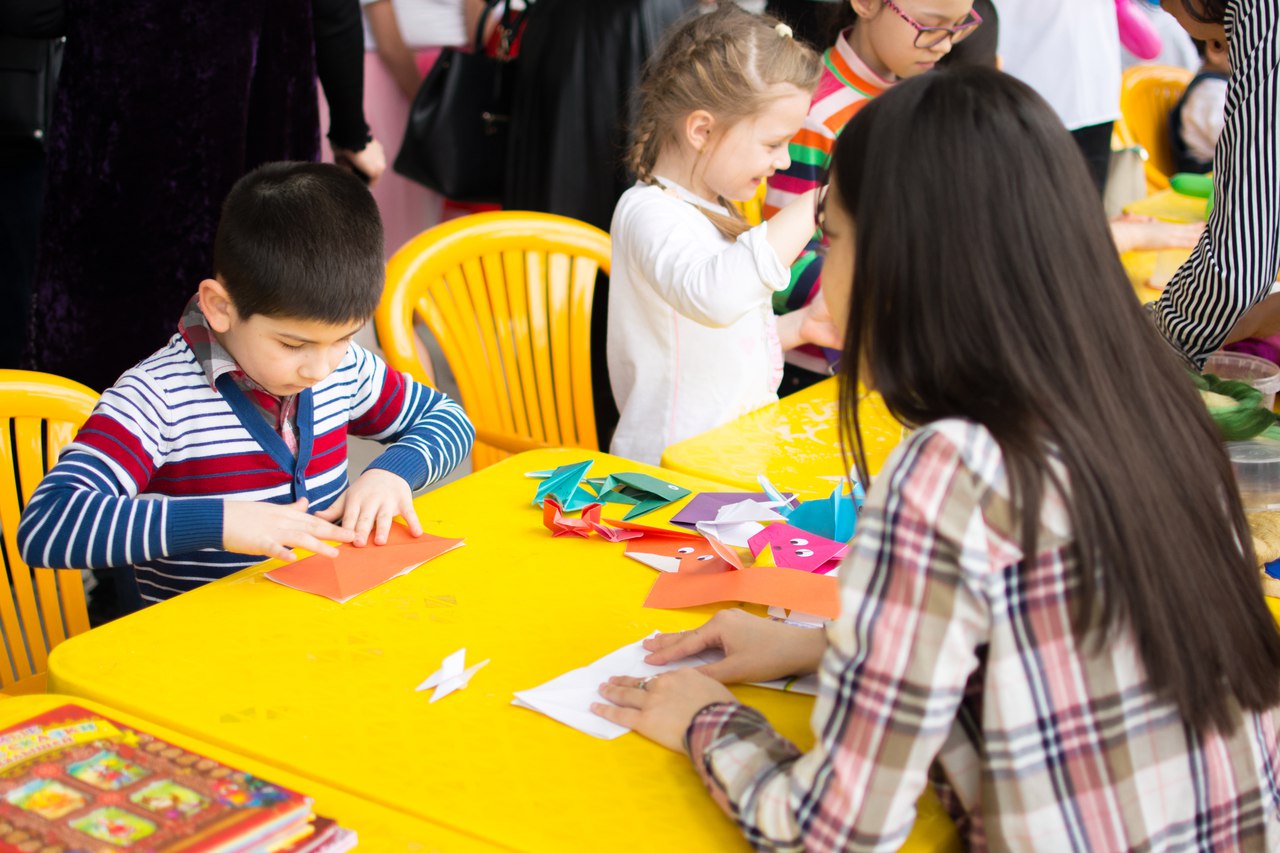 For young guests, were held a master class on the manufacture of carnival masks and a contest of children's drawings "Spring with My Eyes". 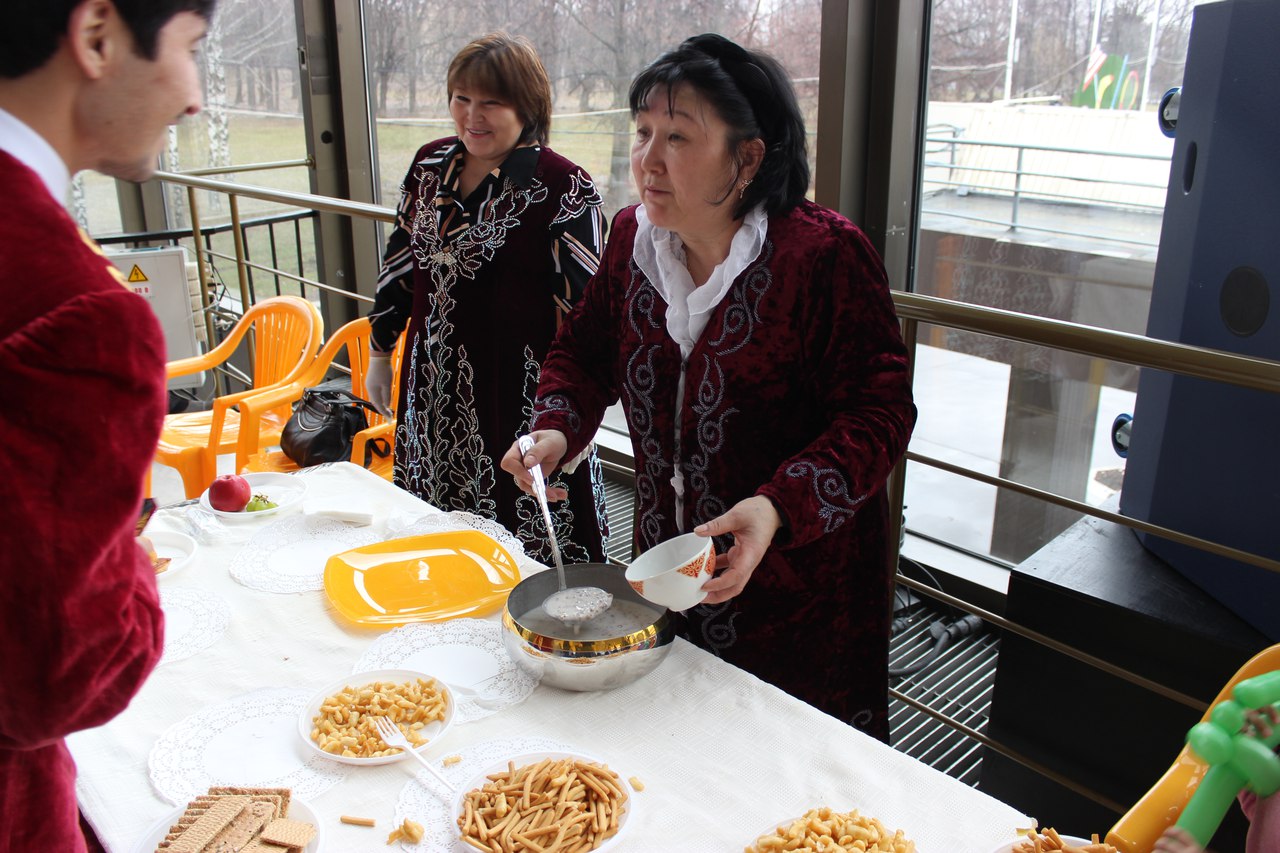 Among the girls there was a competition of dishes of national cuisine "Culinary traditions in my family". 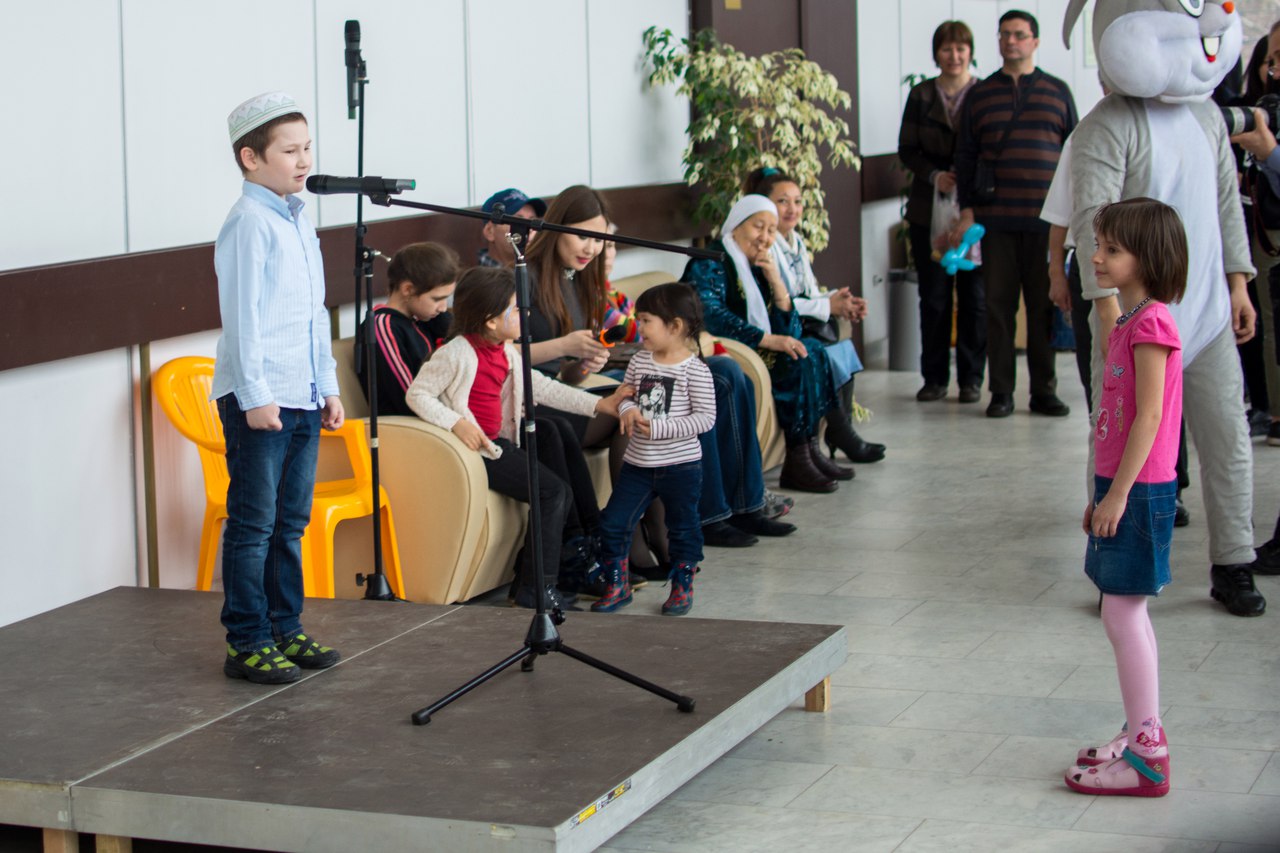 For those wishing to demonstrate their talent as a singer or dancer, an improvised concert venue "Open Microphone" was organized. 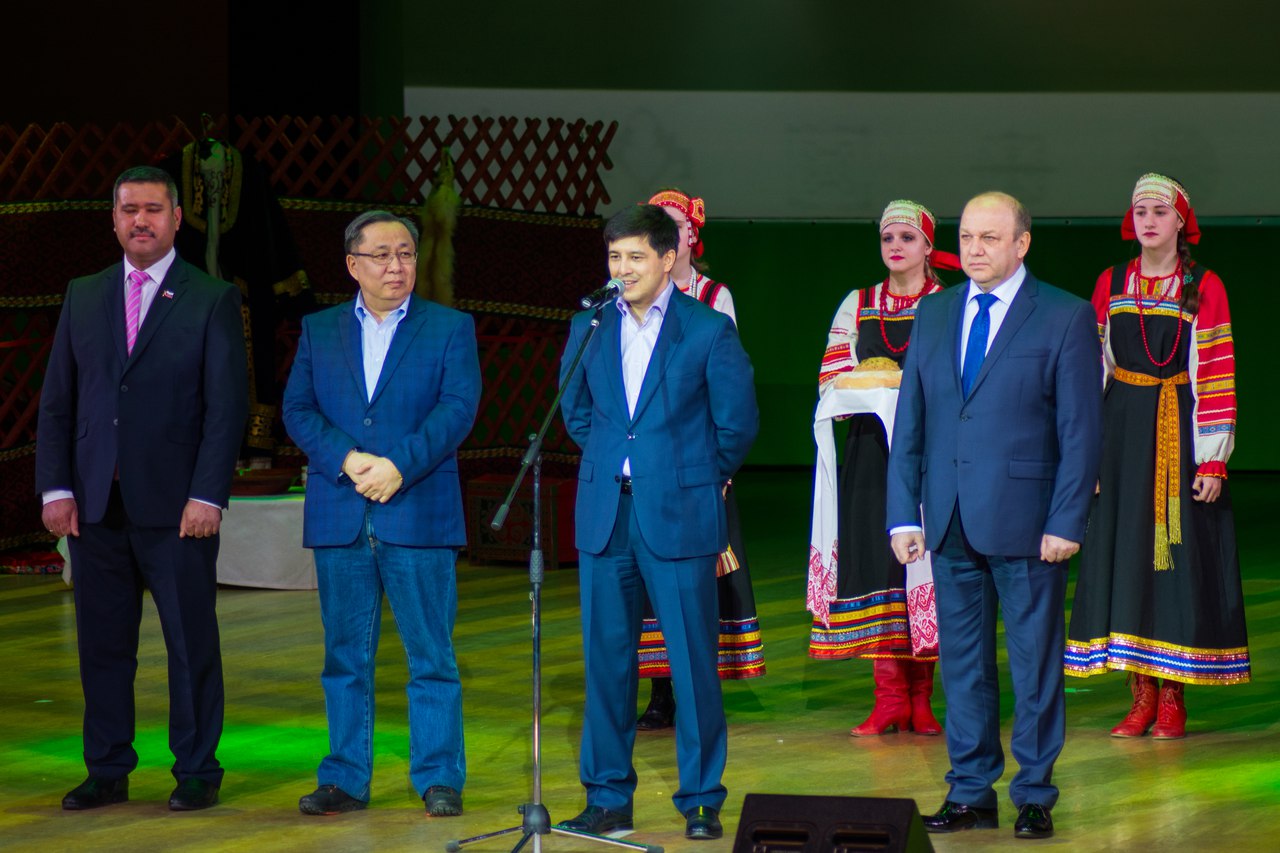 Before the beginning of the concert, the head of the Department for National Politics and Interregional Relations of the City of Moscow Vitali Ivanovich Suchkov, the Counselor of the Embassy of the Republic of Kazakhstan in the Russian Federation Diyarov Dauren Kenesovich, the head of the Secretariat of the Board of the Eurasian Economic Commission Askar Bulatovich Kishkembaev and the Chairman of the Executive Committee of the Assembly of the Peoples of Russia Abduganiev Nazirjon Nasipjonovich addressed the guests with a welcoming speech. 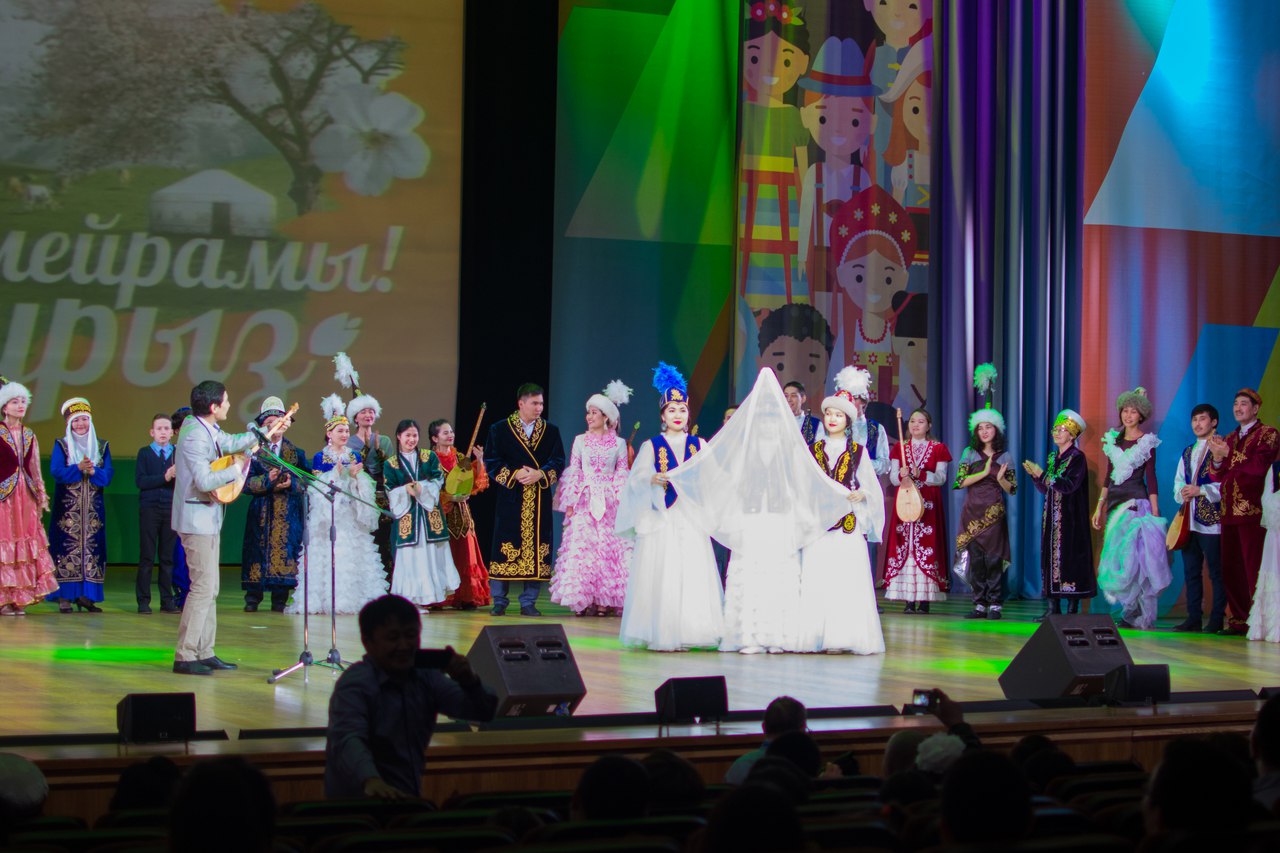 The festival was decorated with a concert program in which the amateur art groups of the Kazakh community took part and demonstrated theatrical performances where national customs and traditions were shown. 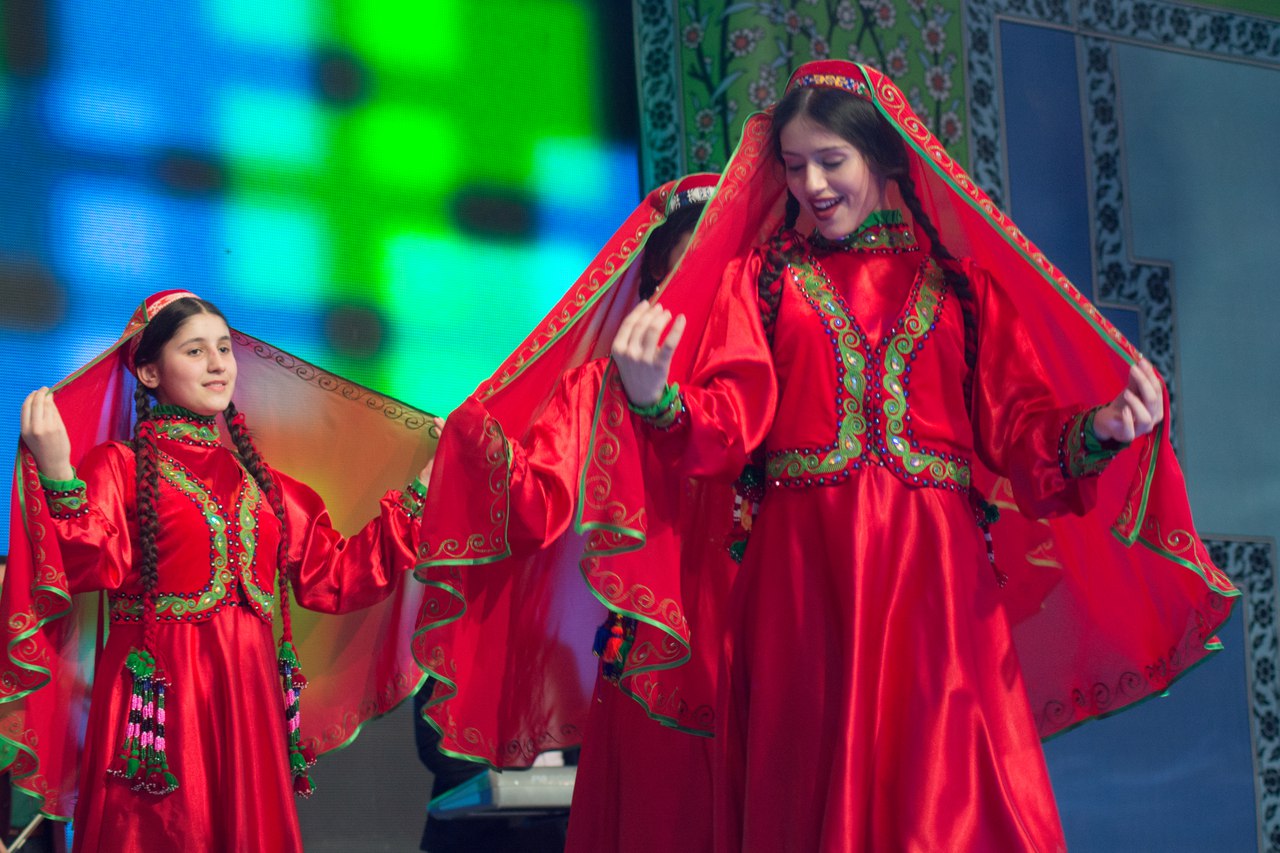 Guests of the holiday could enjoy songs performed by the winners of the Moscow Youth Festival of Kazakh Song "Altyn Kuz" Nazimgul Nazmysheva and Zulfina Toregozhieva, popular works of Kazakh instrumental music performed by the Dombrist Ensemble "Shabyt", Kazakh national dances performed by the folk-choreographic ensemble "Tomiris" and the group Yaksart. Guests of the festival were also greeted by the youth ensemble of the Palace of Pioneers, the children's dance group "Above the Mountains" of the Center for Children's Creativity "Harmony", the Bashkir Theater dance group “Ilgam” and the Tajik dance ensemble "Gulstan".

A musical greeting from the Moscow House of Nationalities was voiced by Denis Mokrousov. 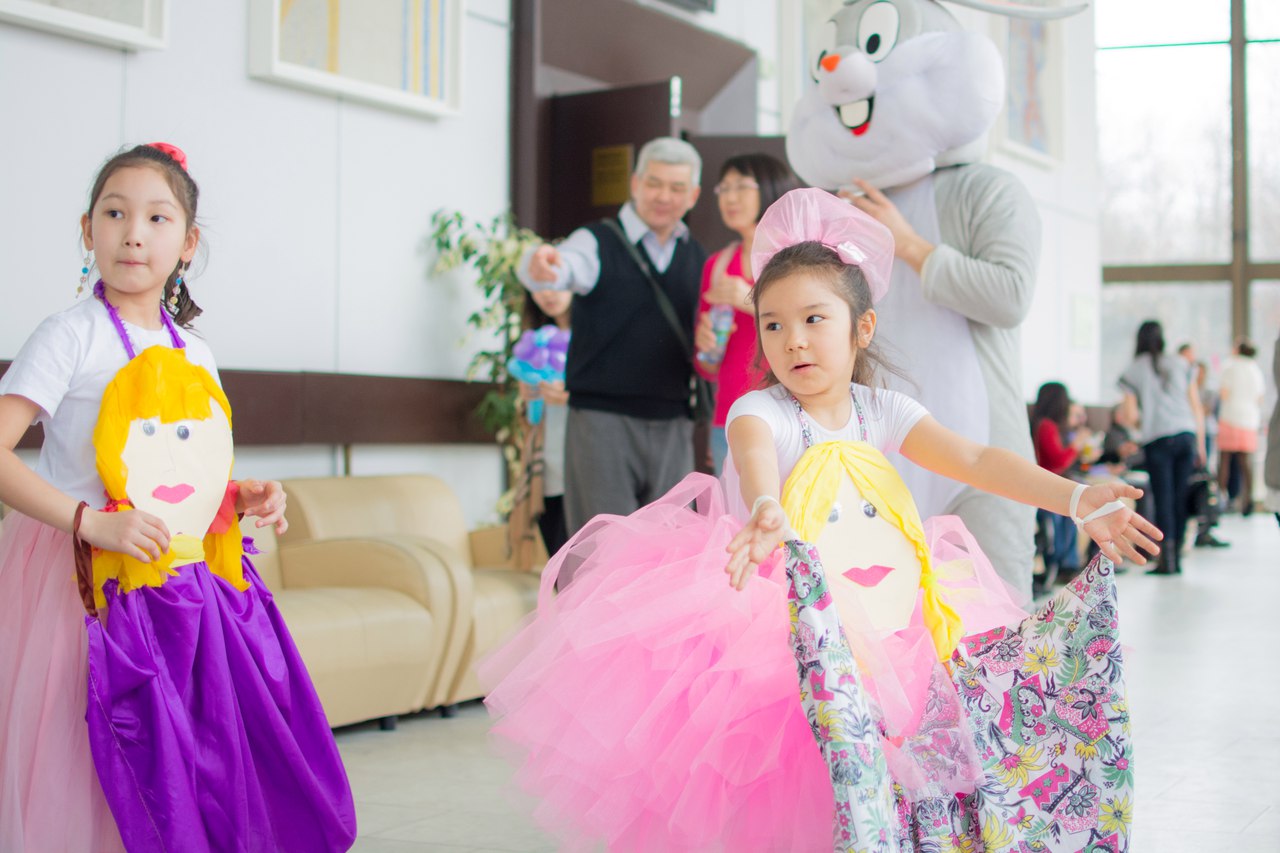 At the end of the concert part, solemn awards were given to the participants of the concert program, as well as the winners of the children's drawing contests and dishes of national cuisine. 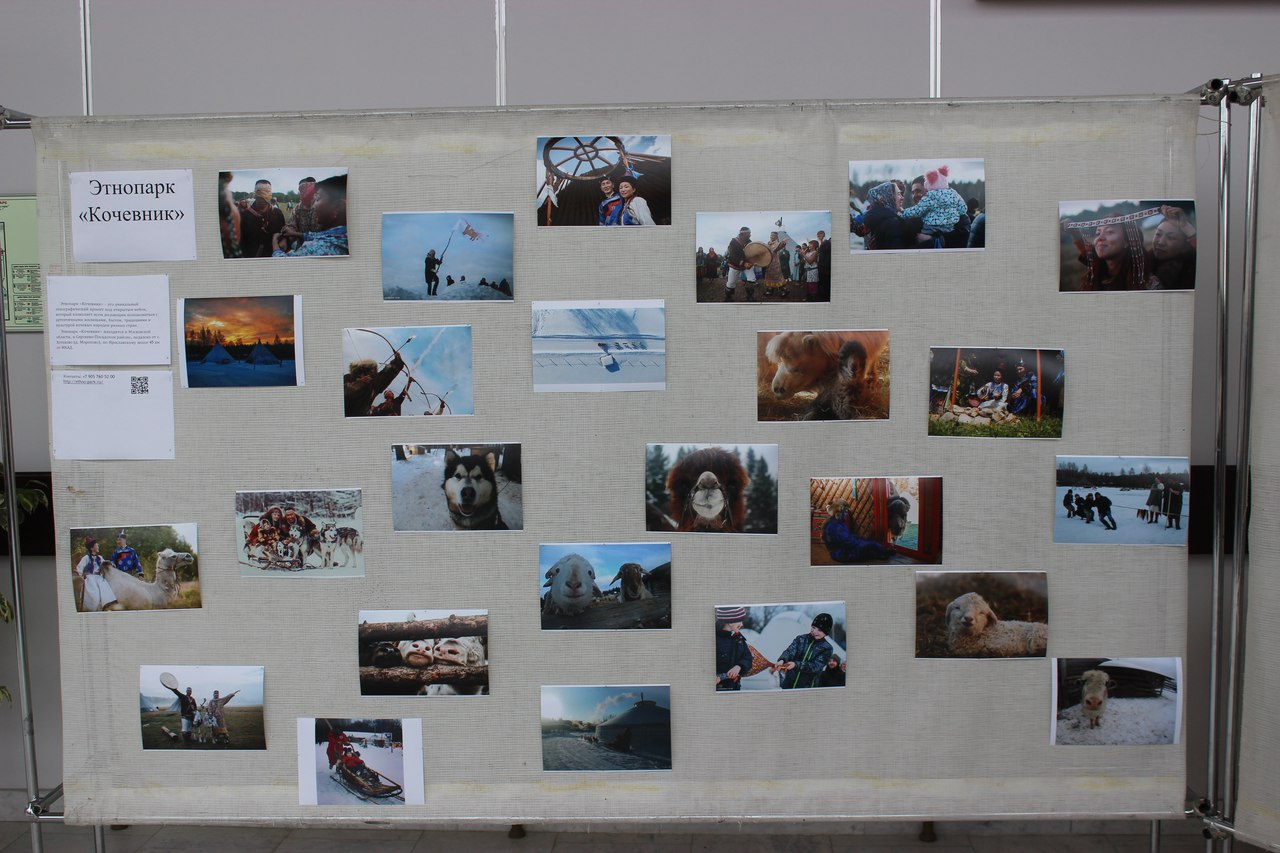 Partners of the Day of Kazakh Culture on Vorobyovy Gory were the Moscow chain of stores "Baursak", the hotel and yurt complex "Vyazemgrad" from the village of Golitsyno in the Moscow region and the ethnopark "Nomads". 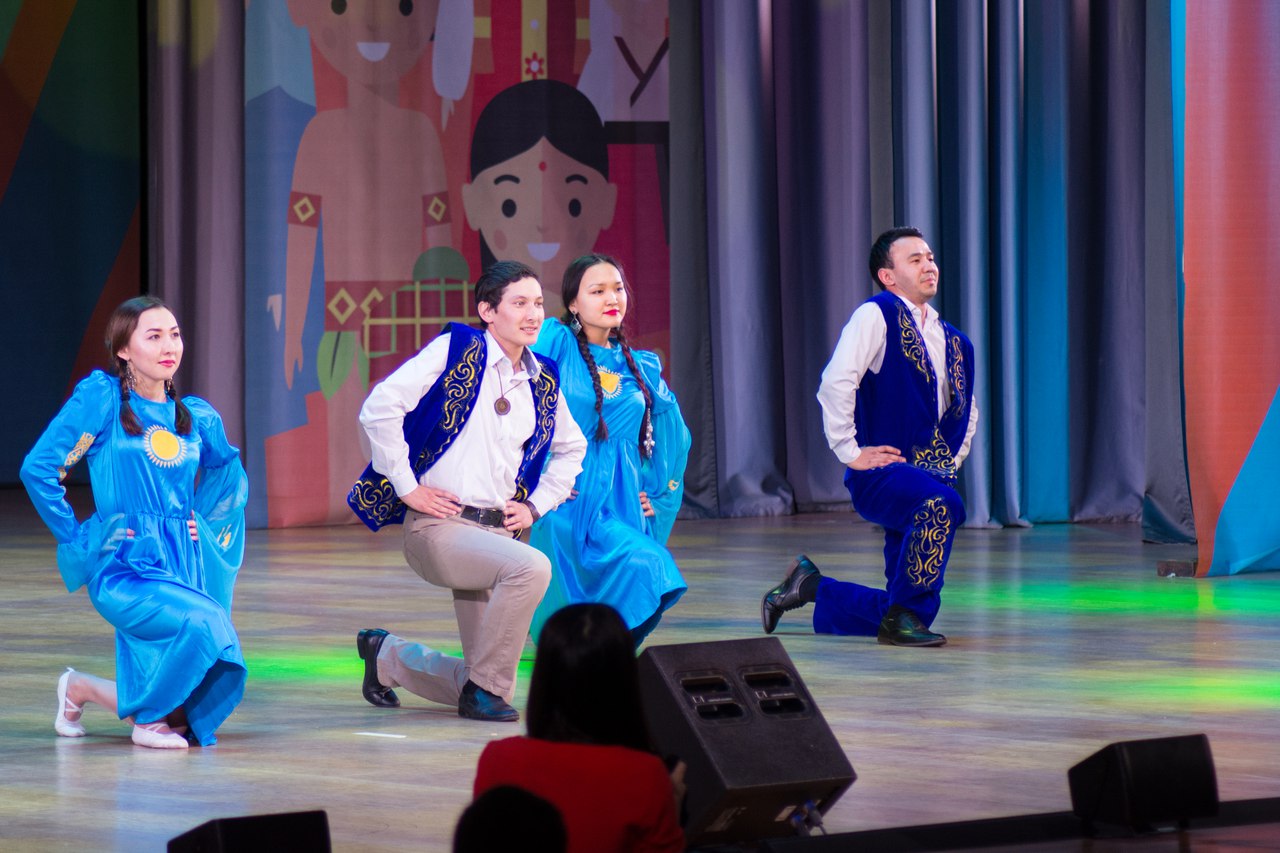 Editorial note: The Moscow Society of Kazakh Culture "Murager" actively promotes the revival and development of Kazakh culture, customs, traditions, the establishment of universal values ​​through familiarization and interaction with the culture of other peoples living in Moscow, promoting tolerance among people of different nationalities and faiths. The joint holding of conferences, round table meetings with the masters of Arts, public figures, well-known writers and scientists, the holding of holidays, the establishment of links with the national cultural autonomies of Moscow, the organization of sports competitions - is the main content of the Kazakh cultural autonomy and the society "Kazakh tili". Regularly participates in football tournaments with the participation of teams representing Kazakh societies, representations of Kazakh companies, community of Kazakh students. The Society is a co-founder of the Interethnic Football League in Moscow.

Photo provided by the Moscow Society of Kazakh Culture "Murager"