Home Publications WHICH FLAG OF KAZAKHSTAN WAS RAISED BEFORE UN BUILDING?

WHICH FLAG OF KAZAKHSTAN WAS RAISED BEFORE UN BUILDING? 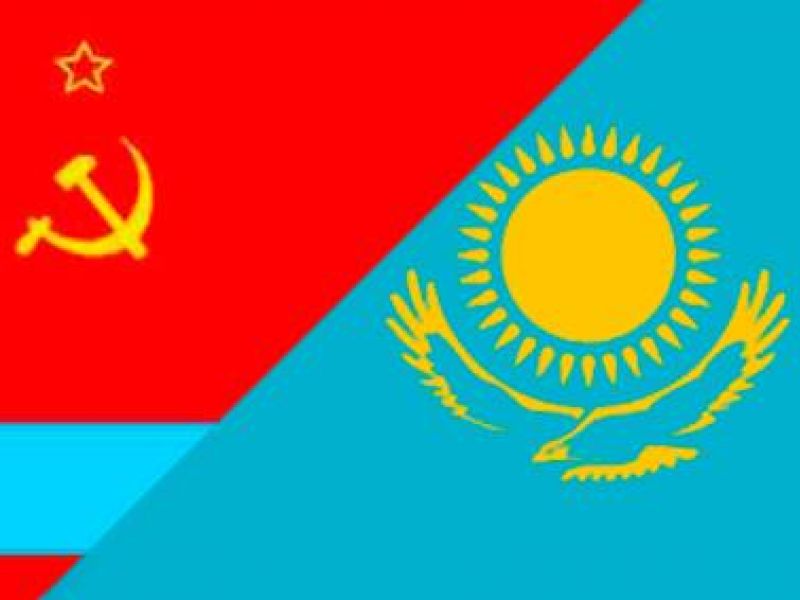 In March 2017 in the Museum Library of the First President of the RK, the exhibition "Kazakhstan and the UN: Interaction for Peace" was opened

On March 2, 1992 became a historical day for Kazakhstan. At the plenary session of the 46th session of the UN General Assembly, resolution 46/224 on the admission of the Republic of Kazakhstan to the UN was unanimously approved. After the meeting, a solemn ceremony was held to raise the flag of Kazakhstan in front of the organization's headquarters. Deputy Director of the Museum of the Library of the First President of the Republic of Kazakhstan, a Leader of the Nation - Kulyaysha Aktayeva noted that this event had a great political significance for Kazakhstan, as it meant recognition of the sovereignty of the young country by the international community.

- Good afternoon, Kulyaysha Kabdualievna. Today in the Museum of the First President of the Republic of Kazakhstan an exhibition dedicated to the 25th anniversary of Kazakhstan's accession to the UN opened. Tell us, what interesting exhibits are on display? 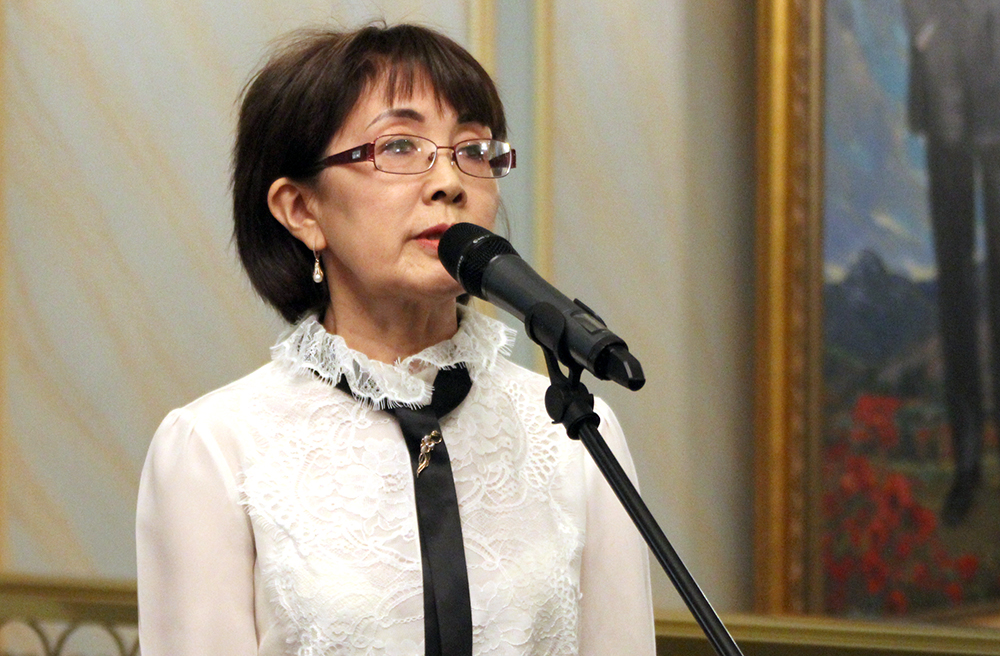 - Since January 2017 the Museum of the First President of the Republic of Kazakhstan has become a subdivision of the Library of the First President of the Republic of Kazakhstan – a Leader of the Nation and in this new high status we continue to realize our scientific, exposition, cultural, humanitarian projects. In the event series of 2017, a very important date in our view is the 25th anniversary of Kazakhstan's accession to the United Nations, and, of course, the status of a non-permanent member of the UN Security Council. We could not ignore this landmark date. Everyone knows that on the eve of March 2 and after it there were many events, forums. I think now, in the information plan, the public is well prepared and armed in order to understand the whole meaning of this event. And this exhibition is formed on the basis of the collection of our library.

First of all, this is of course the documentary material, starting with the statement of Nursultan Nazarbayev, with a request for admission to the UN. There are interesting documents from the UN office that confirm the readiness of the leadership of the international organization to positively consider the statement of the Republic of Kazakhstan. 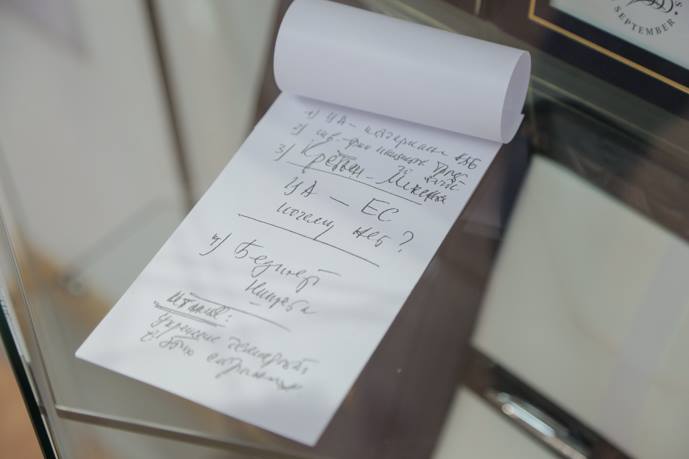 Notepads of the Head of State

Well, in the end, we present such a document as a UNESCO certificate that petroglyphs of Tamgaly are a tangible cultural heritage and included in the list of world cultural heritage. In our opinion, the topic of participation of any country in the UN is very comprehensive, and we tried very briefly, compactly to show the main directions of our humanitarian, military-patriotic, engineering, technical and cultural cooperation. And visitors will be able to see a variety of exhibits: they are sets of brands, bowls and dishes of world famous politicians such as Barack Obama, Ban Ki-moon, Kofi Annan, and the current UN Secretary-General Antonio Guterres. In practice, we combine documentary, photographic, video series, as well as with those subjects that are directly relevant to our topic. 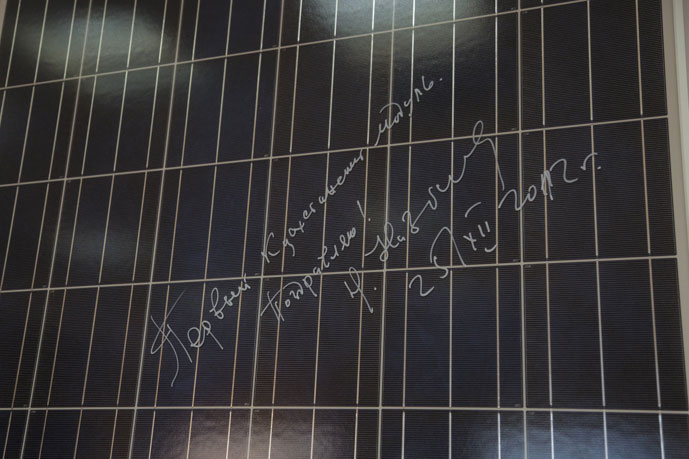 Photoelectric module with the autograph of the President of Kazakhstan

One of the places is occupied by the photoelectric module, and this has a direct bearing on the concept of the "Green Economy", which is one of the important UN programs. And Kazakhstan, as a respectable participant of this organization, naturally supports this project. And this photo-electric module with the autograph of the President of Kazakhstan took its rightful place among the exhibits. 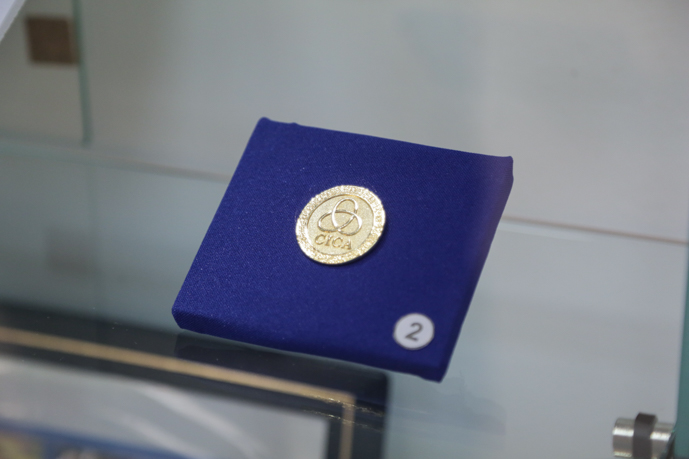 A number of exhibits and materials illustrate the role and significance of the UN organization itself for such countries as the Republic of Kazakhstan.

And also that new trend and breath that any country, dynamically developing and having its own national vision of a modern safe world can give.

- And if we go back, with what difficulties did Kazakhstan face, our diplomatic mission, when joining the UN?

- I think, first of all, this moment is reflected in the reminiscences of the first diplomats: the first foreign minister of the Republic of Kazakhstan Tuleutai Suleimenov, the first permanent representative to the UN Arystanbekova Akmaral Haydarovna. There are also documents with their signatures.

- What flag of Kazakhstan was raised then in front of the UN building in New York? 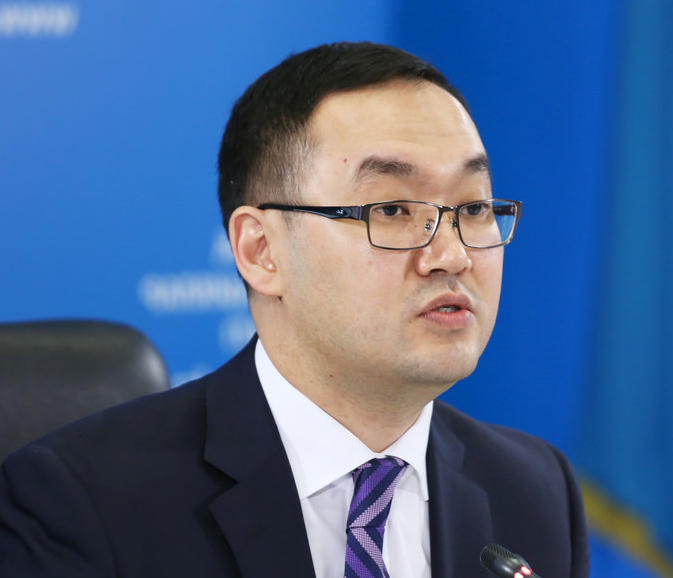 Deputy Foreign Minister Yerzhan Ashikbayev noted that Kazakhstan is the first state from the Central Asian region that represents the interests of the region in the UN Security Council. In general, Kazakhstan is talking about a new paradigm of relationships, which, in our opinion, should develop in the world in the twenty-first century.

- First of all, I would like to note the great symbolism of today's event; it coincides with the date of our membership in the UN Security Council and with the accession of Kazakhstan as a full member of the UN. On March 2, 1992, we joined this world organization and today we celebrate the 25th anniversary of our membership. I would like to emphasize that all these 25 years are years of great achievements. For example, it is possible to write doctoral dissertations on such a field as nuclear disarmament. This is certainly stable without shocks the development of Kazakhstan makes a great contribution to stabilization, to sustainable development of the entire Eurasian region," Yerzhan Ashikbayev emphasized. 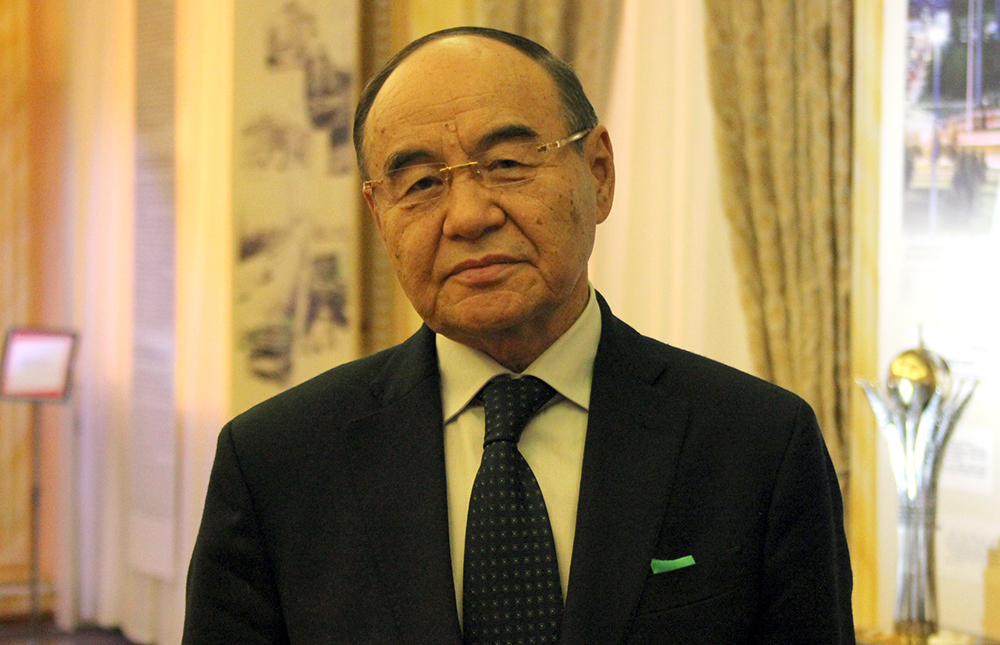 First Minister of Foreign Affairs of the Republic of Kazakhstan Tuleutai Skakovich Suleimenov spoke about the history of Kazakhstan's accession to the UN in details.

With the proclamation of Kazakhstan as an independent, sovereign state, the President confronted the Foreign Ministry with the main task: we must be recognizable in the world in order to make our contribution and take our niche. It was necessary to join international organizations.

-What do we do? The President asked me.

-"We will prepare documents for joining the UN," I replied.

We have raised all documents (the UN Charter, the rights and obligations of the UN member countries), prepared the relevant documents, and sent the Secretary General to the UN Security Council. At that time, we had no structure. There were no embassies, representative offices, no transport. I took advantage of the fact that I am a diplomat of the USSR and a diplomat of the Russian Federation, I used ambassadors and infrastructure, I telephoned Russian Foreign Minister Andrei Kozyrev and I said:

- "Listen, my dear, help, we have no representation, no transport, we have issued documents, under the instruction, it is necessary to send to New York.

It was not easy. In addition, we had only 3-4 diplomats at the Foreign Ministry. But, nevertheless, we did it quickly and sent a package of documents to New York. There the documents were received by the permanent representative Yury Mikhailovich Vorontsov. 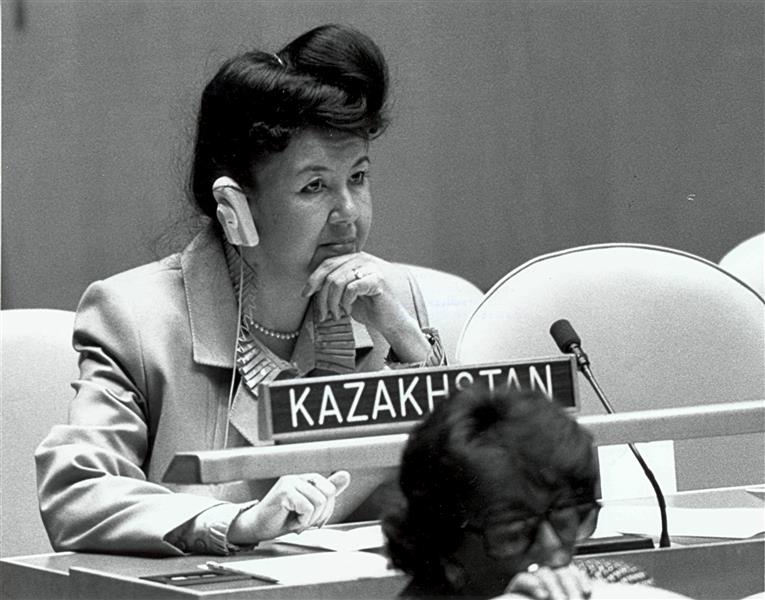 At that time Akmaral Haydarovna Arystanbekova was a senior adviser, she came to the permanent mission of the USSR about a month ago. It has not yet been renamed into the Russian representative office. There she worked, and we asked Ambassador Vorontsov that he entrust all these matters to our mission. She was not a part of the foreign affairs system of the Republic of Kazakhstan, only in May we appointed her as an ambassador-permanent representative.

For us it was a huge event in the life of Kazakhstan. It was the blue dream of the steppe Kazakhs, that there, at the UN, we had a voice, had the right to express our point of view. This was a very important event. And we took this with great joy. And the first visit of the President of Kazakhstan N.A. Nazarbayev in May 1992 was in Washington, and then New York. We met in New York with UN Secretary General Boutros Boutros Ghali and signed relevant documents. 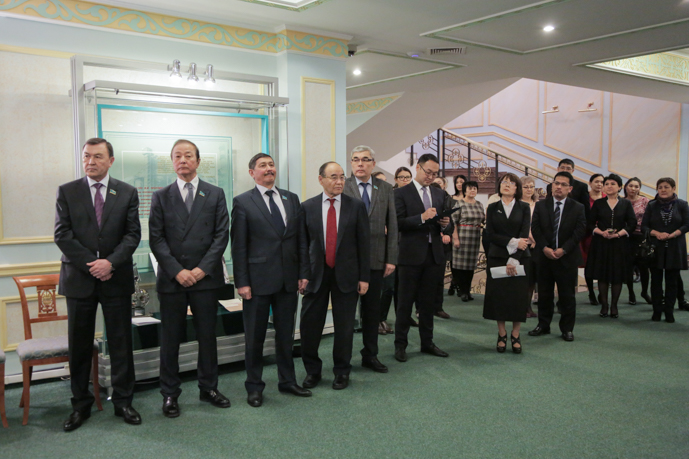 To become a subject of international law and the world community, one must necessarily be a member of the UN. And I'll tell you that

this membership and responsibilities, which we took upon ourselves, we do with honor. Then there was a very troubled time, did not know where to go, but joined the UN, knowing that we must follow the path of peace, creation, security, cooperation and disarmament. This was our motto, and our President correctly defined it, saying that this way will be ours,