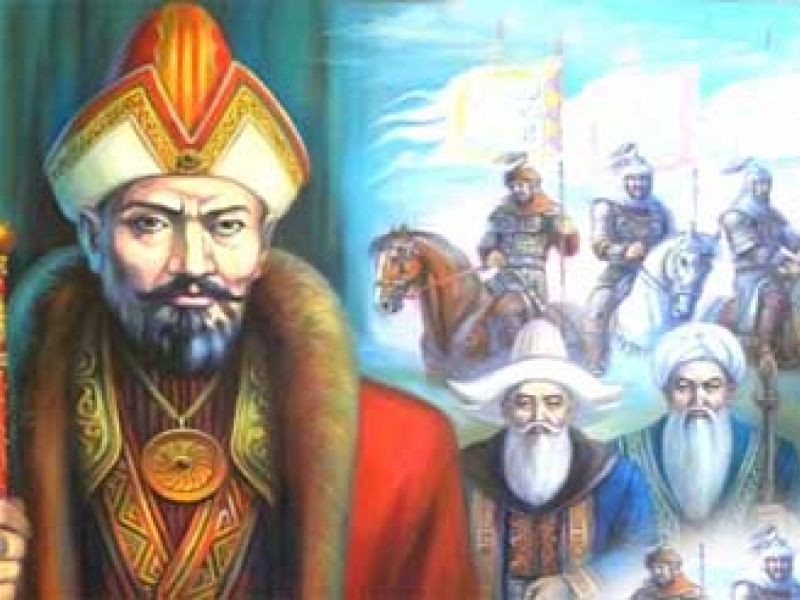 The CCS held a press conference focused on the issues of studying the national history of Kazakhstan within the framework of the President’s Program “People in Flow of History” today. The outcomes of the 3rd session of the inter-ministerial task force were reviewed at the conference as well.

Director of the Institute of National History of the Science Committee of the Ministry of Education and Science of Kazakhstan, doctor of historical sciences, professor Burkitbai Ayagan opened the conference.

The professor told about some outcomes in details.

“The first scientific history magazine “Mangi El” was developed and issues over a short period of time. Besides, 20 historians visited foreign archives and brought back some pieces and copies of unique documents. Among the documents are letters and other materials containing formation about activities and historical era of Ablai Khan,” B.Ayagan told.

As earlier reported, on October 5, Kokshetau will host the international scientific and practical conference “Ablai Khan and his historical era”. According to B.Ayagan, the 300th anniversary of outstanding public figure, commander and diplomat Ablai Khan is marked this year. “The conference is called to commemorate the anniversary of great public figure, brave commander and far-sighted politician Ablai Khan. The event will bring together scientists, members of scientific organizations, teachers, representatives of non-governmental organizations from Kazakhstan and foreign countries. All the invited foreign guests are engaged in studying the life and activities of Ablai Khan. A wide range of issues regarding the study of the colonial period of the Kazakh history is planned to be discussed at the conference. A collection of the participants’ report will be released upon the completion of the conference,” the historian resumed.