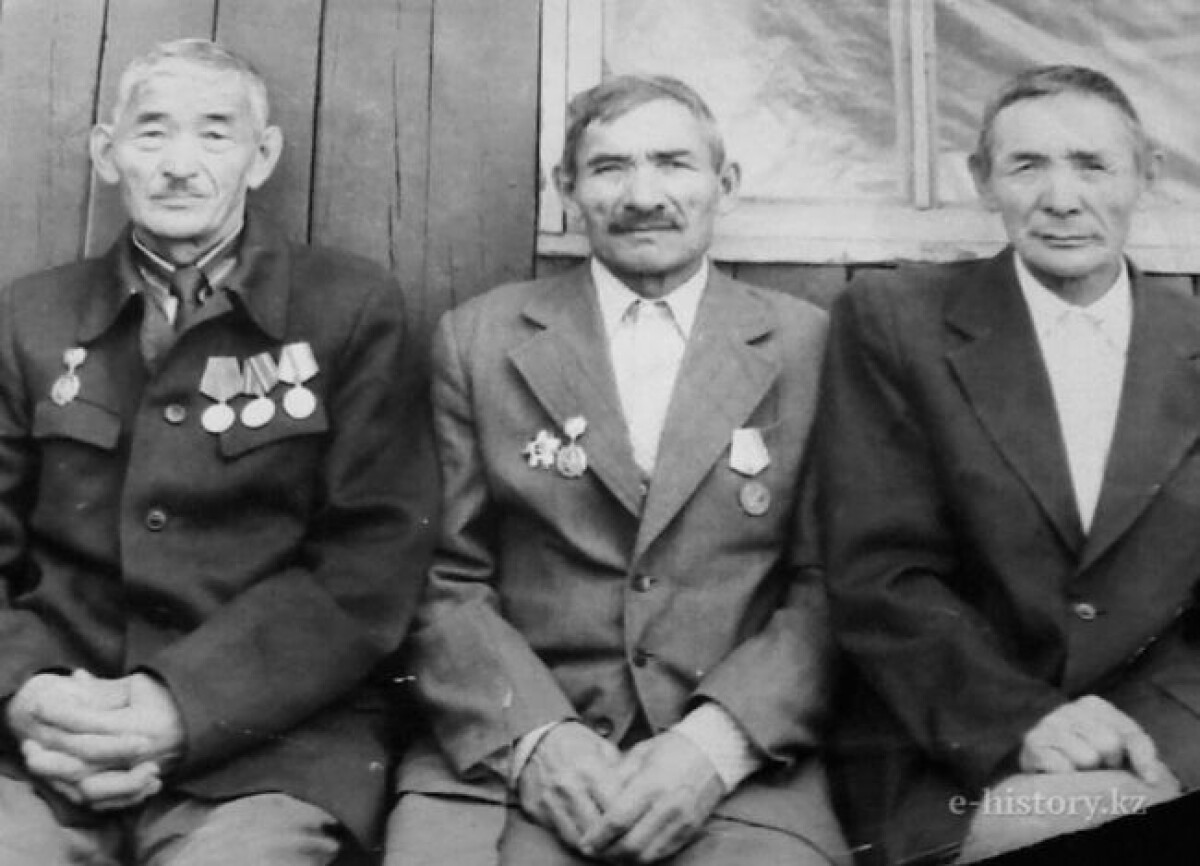 The Great Patriotic War influnced lives of people to a greater extent, and the family of Mursalimovs became the bright example of those who knew to own cost all the aspects of war-time.
Mazhit Mursalimov (1919-2003 yy.) - in the center of the photo

He participated in the Soviet-Finnish war of 1939-1940 and Great Patriotic War of 1941-1945 straightway after finishing serving in the army in 1939. Participated in the liberation of people from the Siege in Leningrad. He was one of not many to reach Berlin.

Worked as a teacher of primary classes, Russian language and held administrative positions. Retired from Bostandyk secondary school from which he retired.

His children and their families live in North-Kazakshstan oblast, Petropavl and Russia.

In the time of technical shortage participated in the 6 cavalry corpse. He was in the hands of enemies. After work for being in the captivity was convicted in 28.06.1947 by the decision of Turkestan military district 58-1 Article.

Only on 11 September 1999 he was granted amnesty. Before that he endured the moral pressure. He was deprived of any state support and help, various Republican events and celebrations. For many years he was an accountant and retired after working as a carpenter.

His children and their families live now in the villages of Korneevka and Beskol.

Took part in the Great Patriotic War in 74 rifle regiment, cavalry regiment, and 135 guard rifle regiment in the section of guns. For freedom of European countries among which is Budapest — the capital of Hungary he fought. Was awarded with the medals For bravery, For the liberation of Budapest.

Worked long years as an accountant.