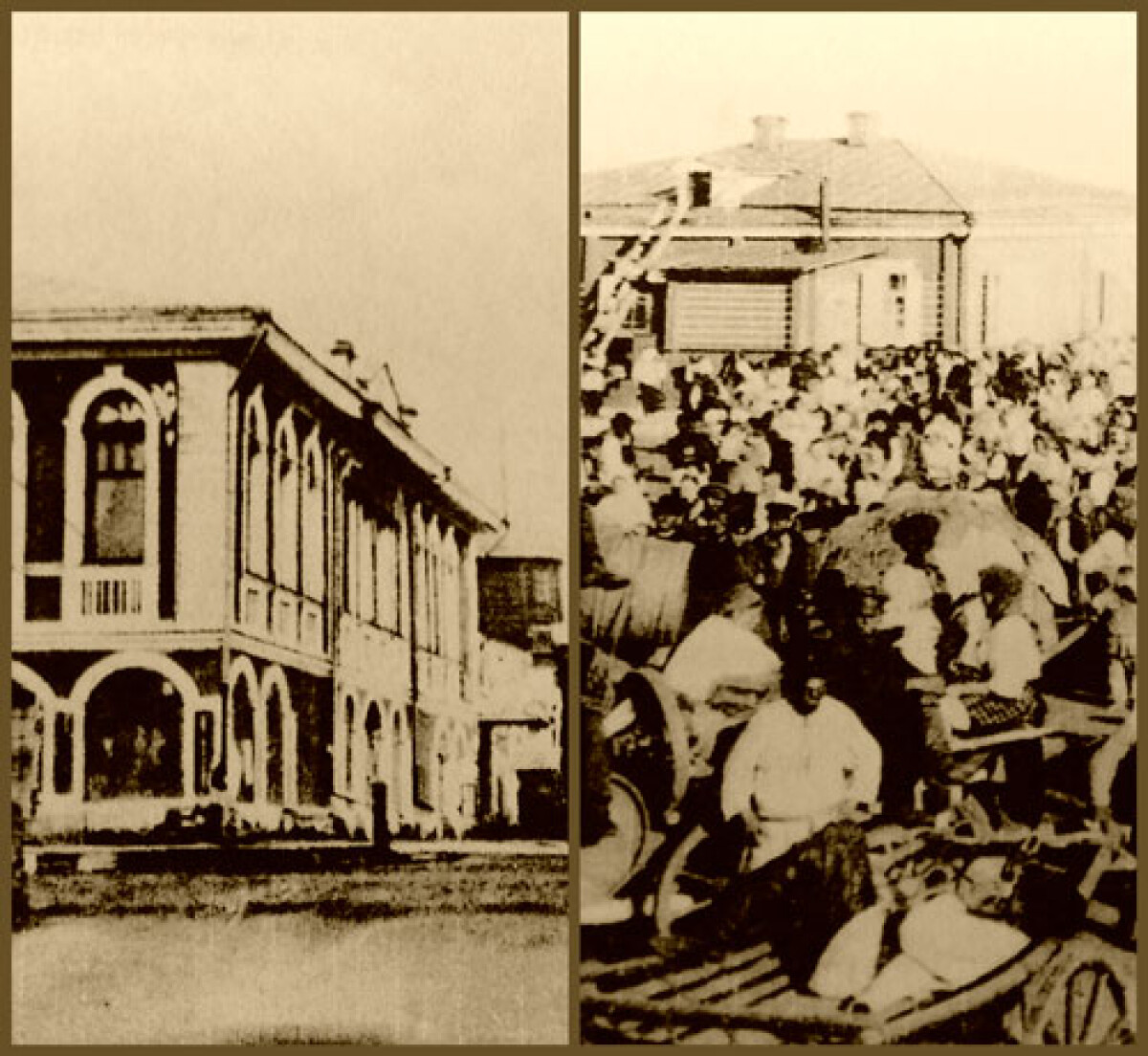 Buildings having the historical and architecture value, opulently decorated with wooden carving and stucco work are kept till today.
Many historical buildings in the city of Petropavlovsk, North-Kazakhstan region are restored and continue to delight the eye with its unique coloring. Below are given several of them.

The building of the migratory station 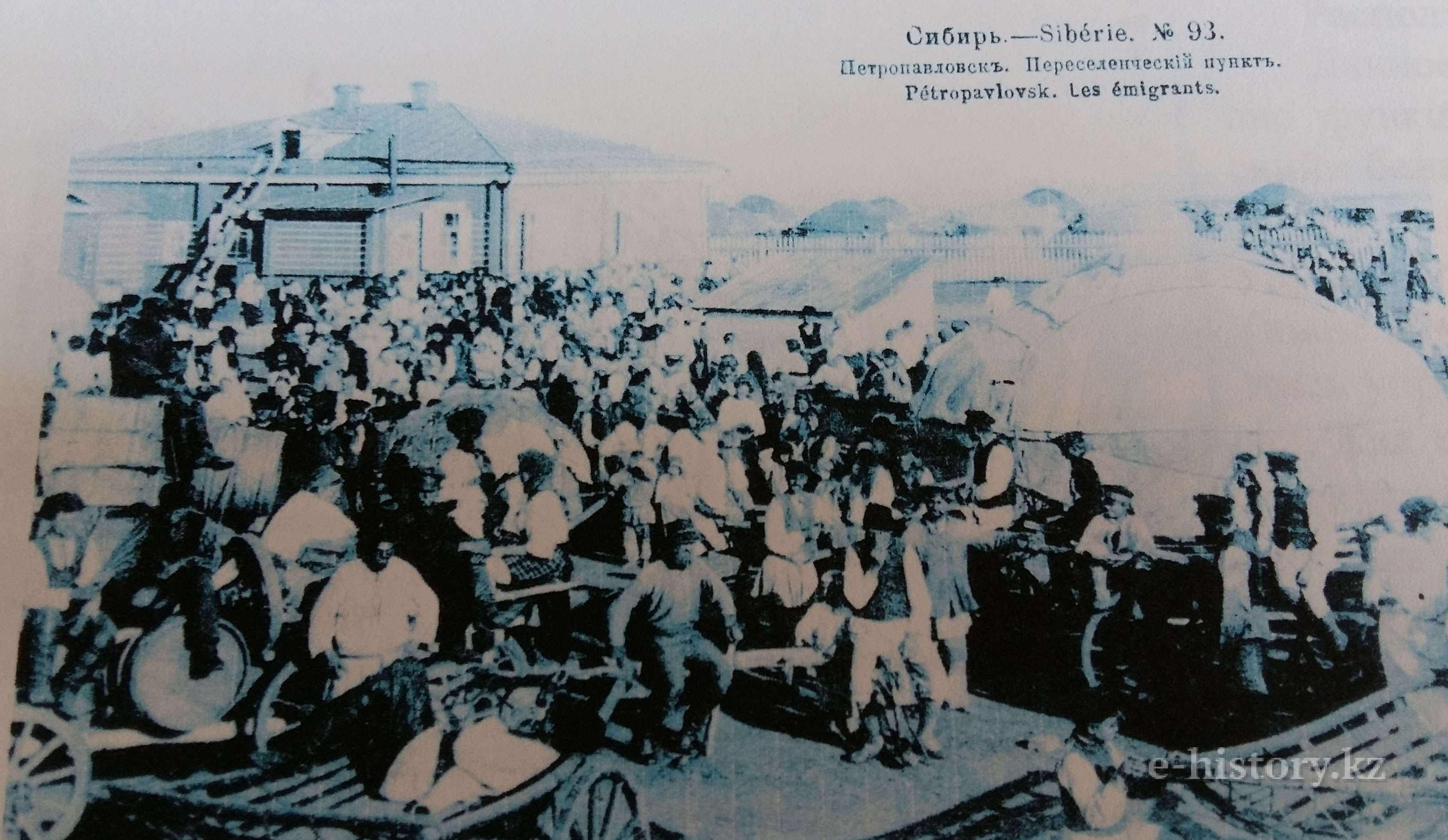 It is situated at Universalnaya street, 1-6.

In 1895 in the district of station region (near railway station) was organized the migratory station. It consisted of wooden barracks for 300 people. It was designated for settlers heading to Akmola region.

At the territory of the point were built one-storey medical-nutrient corps, administrative buildings. In the Soviet time all the buildings were given to Petropavlovsk military commissariat.

The buildings are made of logs, houses are metal. All the constructions are decorated with carving, carved pillars.

The construction is the sample of historical planning of the city peculiar for late XIX century, it was expressed in planned complex building of wooden construction of public designation and is the architecture heritage of the city.

The building is taken under protection by the decision of the Regional Executive Committee.

The building of City Duma and Uprava

The middle of XIX century (Architecture) 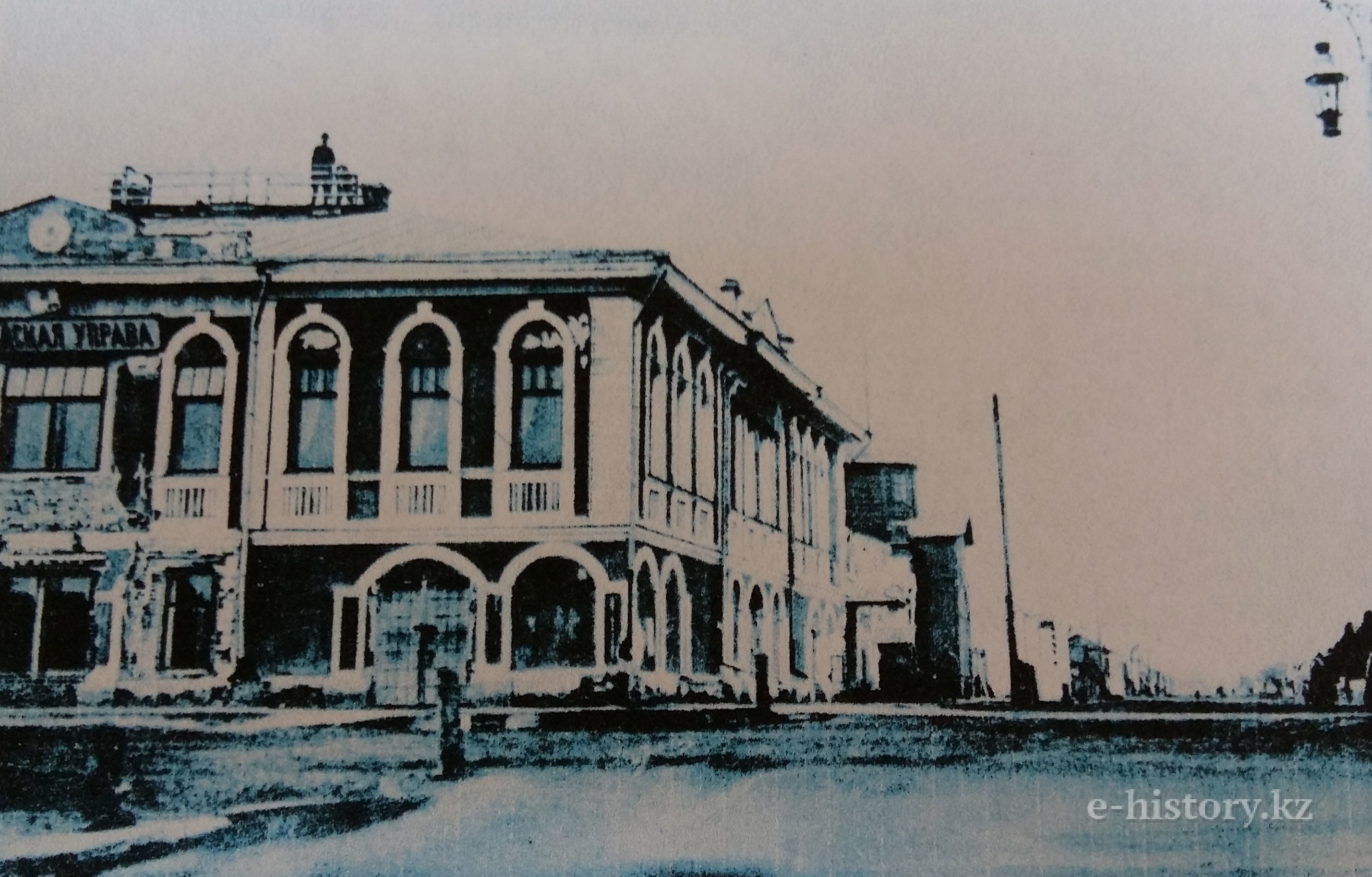 It is situated at Zhumabayev street , 73 (corner of Ulyanov street).

The given construction was built in the 60s of XIX century. Initially it functioned as the social, so called «orphanage» bank. Means which passed that bank were used for the living of children-orphans. Later, the part of the building was taken by the city council. It was the branch protruded to the former street Upravskaya (now Zhumabayev). In the first decades of XX century in the building were placed the administrative city establishments — City Duma and Uprava. As local newspapers reported, in this building the first meetings of Petropavlovsk Council of Deputies were conducted. In the years of the Soviet power the monument was occupied by legal organizations. In the 50-60s here was located the regional court. In the present time the monument is given to the private property.

The building represents the two-storey brick building, in the plan having the Г-shaped form. The surfaces of walls, outside and inside are finished in plaster. There are decorated elements on the facades of the building. At first, they were painted. In the constructions of the first floor there are the elements of ceilings, laid out of bricks. To the second floor the stairs with wooden fences lead. At present the whole façade is covered with alucobond plates. On the second floor the mansard is built.

The construction is the sample of historical planning of the city typical for the middle of XIX century? And expressed in the planned complex building of wooden constructions of social meaning and is the architecture heritage of the city.