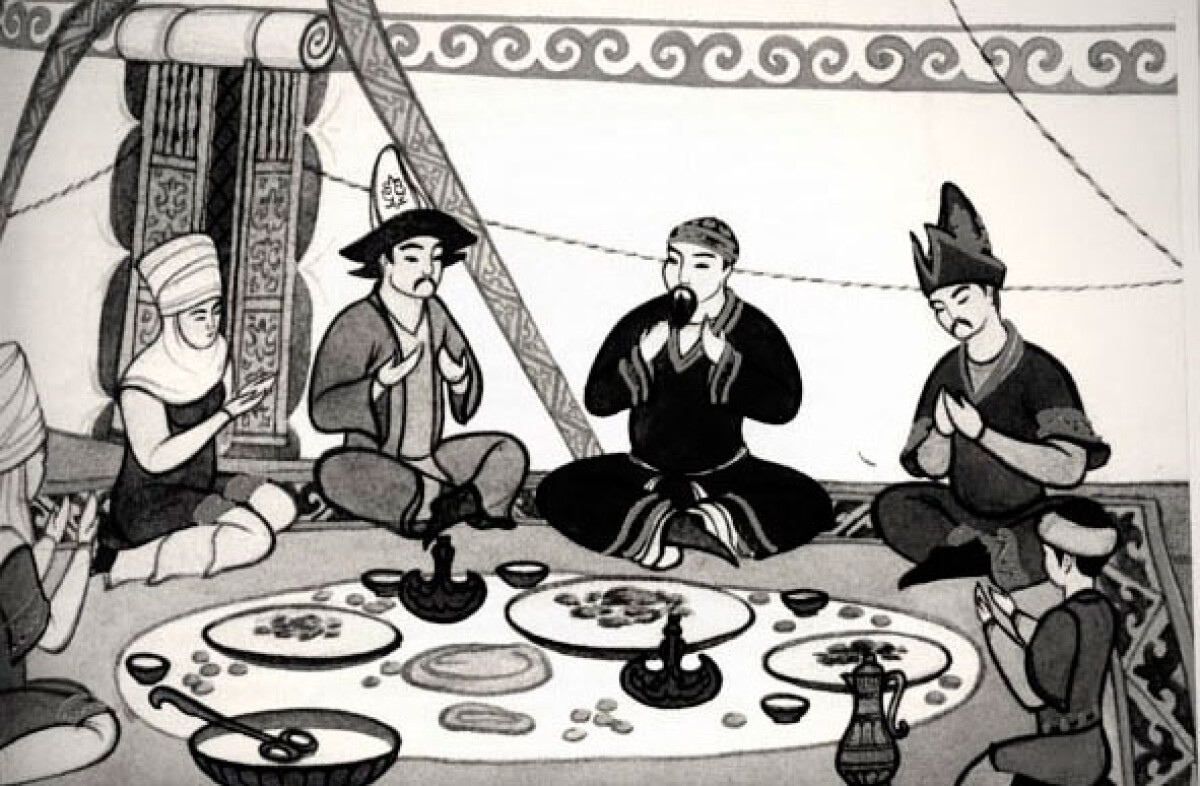 In the Kazakh language the cycle of the 12-year period is called “mushel”.

In ancient times the age was defined by cycles. The cycle is formed every 12 years. In Kazakh the cycle is called “mushel”. By the designation of the age by cycles one should take into consideration one peculiarity. When a child turns the age of 13 years old, it is one “mushel”, that is the first cycle ends. Further, to each cycle 12 years are added.

Among people there is a legend on the chronology.

In ancient times one of Turkic kagans decided to master the tactics of one great battle, which occurred a few years ago. But he could not precisely define in what year it happened. Then he addressed to his people:

- If we confused in the date specification of historical events, then what to say about our descendants? They will become confused even more! It is needy to give the name to each year. And let it be the tradition and be transferred to our descendants.

People agreed with such a decision. The kagan ordered to set near the river Ili nets and race all the wild animals to the river. Not all the animals managed to cross the river. Only 12 went out from the water safe. The very first one was a mouse. That is why the first year of twelve-year cycle was called the year of mouse. Later, from the river went out a cow, then a panther, hare, snail, snake, horse, sheep, monkey, hen, dog and pig. Thus, all of these 12 years were called with the names of these animals.

“Mushel” (age) plays an important role in human life. In the first cycle the transition of a child into the adolescent age. At that time boys have the voice changed, bones strengthened, girls are becoming more womanish. Among people this age is called the age of the revival of consciousness. “At the age of thirteen – the master of the hearth”. Children are started being taught to the adult family life.

At 15 my skeleton will strengthen,

I will open life doors,

Man’s way I will choose.

No enemy will be able

To beat me in the battle.

I will braid my plaits

I grew up, believe.

It is the age of a real dzhigit. It is the time of physical and spiritual powers, time of flourishing youth.

If Yusup Balasaguni praises this age:

The stubborn time for youth

25 years will not return, fervent years,

As if the mountainous cliff lost its power.

The age of festivity of the mind and sound sense. It is the time when a person knows clearly where the good and where the bad are.

Great poets characterize this time in such a way:

Farewell to the dzhigit time…

A lonely horse and empty saddle

The fire of passion in the breast I hardly extinguished.

The time when the age shows itself, but the old age is still not recognized. In this age thoughts and mind are at the rise.

I walked through 50 years,

I overcame the huge period,

Shal-akyn characterized the age so:

The enormous term is measured – 50,

Measured a lot to get to know about life.

But if 20 years returned themselves back,

But if only to the youth could be repeated again.

The aging time when wisdom comes and at the previous one they start looking more critically.

60 years are filled with the grievous thoughts.

60 – the luxury of lived through years In what was earned what we have and what we do not.

The age of recognition of the old age. In this age the body starts bending, legs start moving more slowly.

Y.Balasaguni said about that age:

This age is in people’s tears,

It will quit the sparkle in your eyes.

It, by making joyful, will shoot the eye right away

And will turn back, only will present happiness for a moment.

And fastened with the strong stick to the land.

At this age the dream, day schedule start to be demolished. People at this age lead not hasty, moderate way of life, be easily hurt.

At 80 you can see with your own eyes

The black fog at black night.

At 80 you become not easily got up,

Nothing becomes surprising, there is no joy.

The time when body becomes old, and mind becomes marasmic. Not everyone has the chance to live till such an age. However, with the help of Allah, let us live till such years.

And bones –are more ancient than fragile chalk,

And old age – it is weaker than a lamb.

Spring and summer – and autumn are not far,

And as after autumn – the severe winter,

And the ice frosted into soul – and there is no warmth.