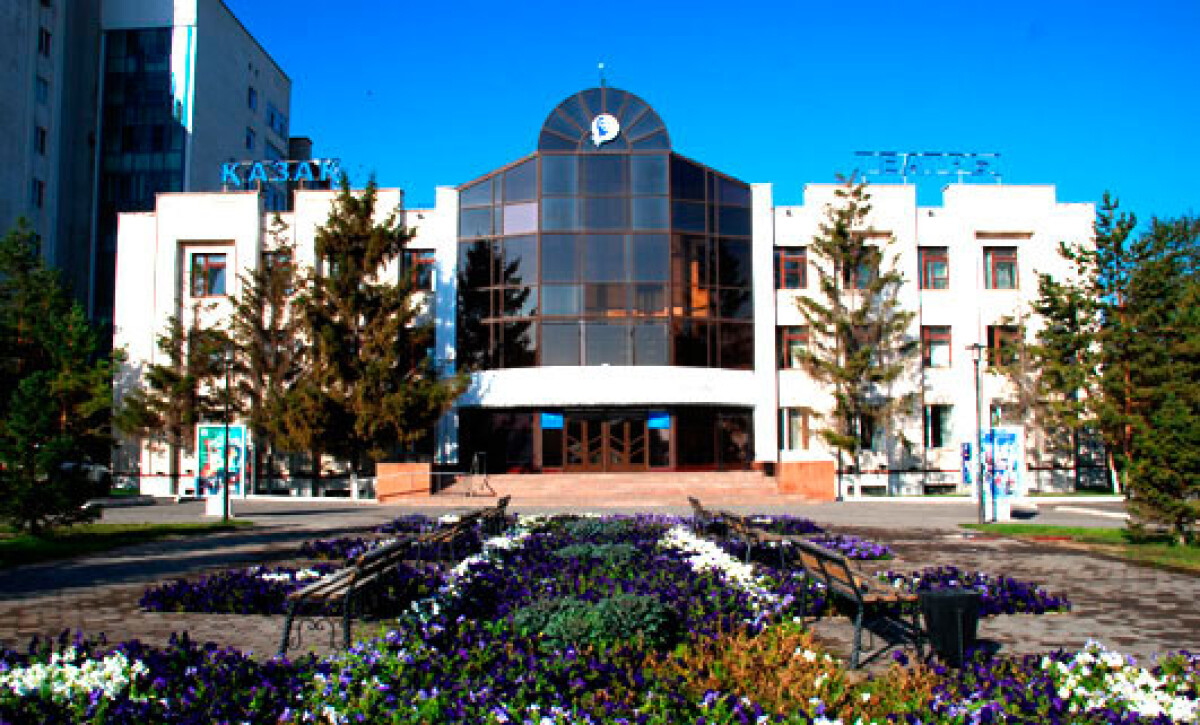 K. Kuanyshbayev Kazakh State Academic Music and Drama Theater has started functioning since Kazakhstan’s independence.
The opening of the Astana City Kazakh State Academic Music and Drama Theater named after K. Kuanyshbayev was held on 15 November 1991. On the same day, «Akan Seri Aktokty» based on G. Musrepov’s tragedy was staged. The director of the first historical performance was Zhakyp Omaraly, the founder of the theatre and a talented director. In 1996, the theatre brought home the first award, having become the winner at «The Taganlyk» International Theatre Festival of the Turkic-speaking Countries (Ufa). «Aldar Kose» musical comedy by Sh.Husayynov was the first award-scorer.

Over the years, the Temple of Arts was headed by such well-known artists as:

The repertoire of the State Academic Kazakh Musical Drama Theatre named after K.Kuanyshbayev features the recognized works of Kazakh classics and world literature in their updated interpretation. These are «Abay» and «Ayman-Sholpan» by Auezov, «And Longer than an a Hundred Years Lasts the Day...» and «The Mother’s Field» by Ch.Aitmatov, «KyzZhibek» and «Kozy Korpesh — Bayan Sulu» by G.Musrepov, «Mukagali» drama by S.Turgynbekuly, «Dear Pamela» by J.Patrik, «Don Juan» by M.Frisch, «Hamlet» by W.Shakespeare, and many others.

The theatre is proud of the multitude of awards won in various domestic and foreign competitions and festivals:

- At the XVIII Festival of Kazakh Theatres, «The Evening» drama by A. Dudarev staged B. Uzakov won the Grand Prix;

- In 2011, at «The Theatre Spring 2011» National Festival of Regional Theatres (Shymkent City), dedicated to the 20th anniversary of independence of the Republic of Kazakhstan, «For You» comedy directed by Ye. Zhuasbek and staged by N. Zhumaniyazov was the winner in «The Best Production» category;

- In 2011, at the Republican Festival of National Theatres, dedicated to the 20th Anniversary of Independence of Kazakhstan, D. Ramazan’s «Kenesary-Kunimzhan» drama was the winner in «The Best Domestic Author of the Drama Composition» category, Actor S. Kashkabayev won «The Best Actor» prize;

- In 2012 at the Republican Theatre Festival dedicated to I. Omarov’s 100th anniversary (Kostanay);

- In 2012, in Turkey (Istanbul, Ankara) D. Ramazan’s «Kenesary-Kunimzhan» drama was presented to the audience in the Turkish language. B. Uzakov, RK Honoured Artist was Stage Director;

- In 2014, at the XXI Festival of Drama Theatres of Kazakhstan, «The Special Prize named after S. Maykanova» was won by A. Aspetova, People’s Actress of the Republic of Kazakhstan; in «The Best Actress» category the award was granted to T. Atymtayeva, RK Honoured Actress.

On 14 December 2011, the theatre was granted «The State Academic Theatre» status.

In Astana City State Academic Kazakh Music and Drama Theatre named after K.Kuanyshbayev are such RK Honoured Artists as N.Zhumaniyazov, B.Uzakov, and A.Orazbekov. The cast comprises 55 actors, among them there are three RK People’s Artists, four RK Honoured Artists, 14 RK Honoured workers, two «Daryn Prize» winners, and one actor awarded the prize of the Youth Union of Kazakhstan.