Home News Other Architecture in Kazakhstan 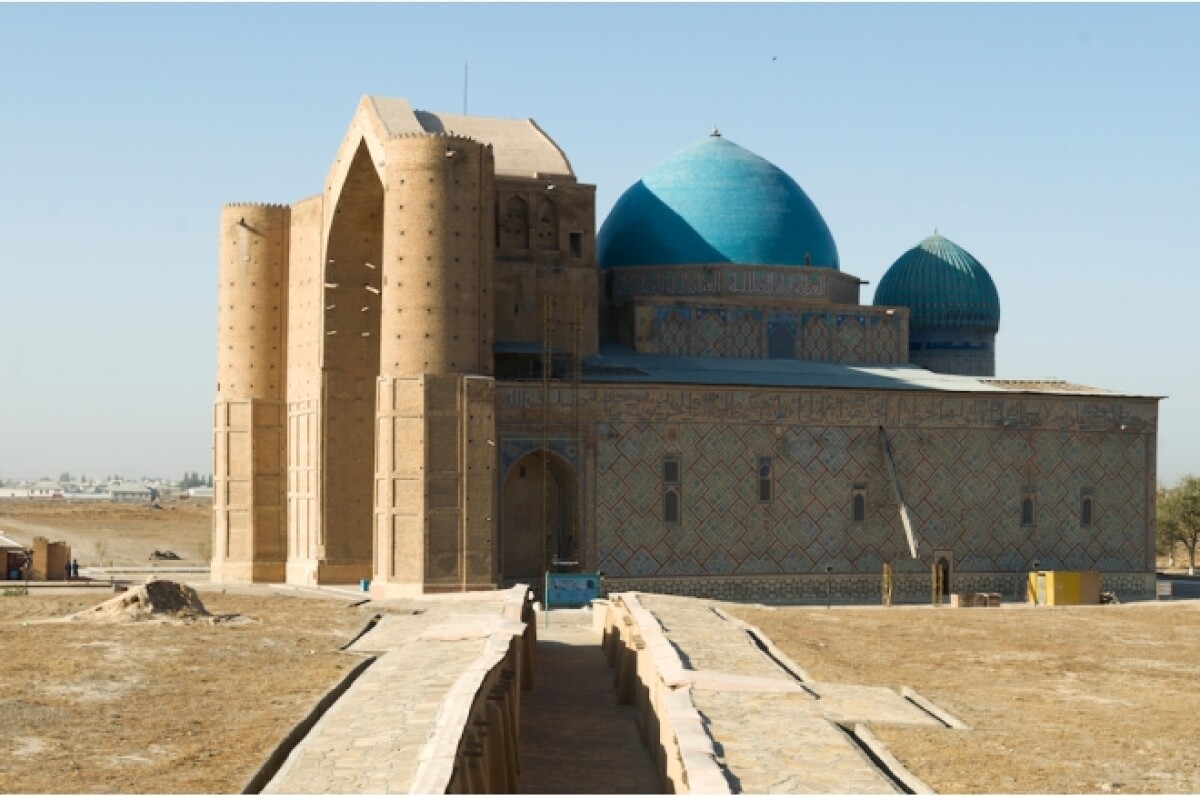 In comparison with Europe, Kazakhstan has pretty little to offer in terms of architecture treasure. The tomb-mosque of Khodzha-Akhmed-Yassawi in Turkestan, dating from the times of the Timurids and now under the protection of UNESCO. More of less identifiable remainders of the cities of the Great Silk Route have been preserved in many places in the south of Kazakhstan.

Throughout the country, graveyards (mazary) and mausoleums can be spotted, some of which have been skillfully sculpted in stone, whereas others consist of either raw or burnt clay tablets. On the Mangyshlak penincula there are dozens of important necropolis sites, the sandstone mausoleums, ornamented tombstones and mounds unexpectedly pop up in the middle of the desert.

In the cities of Kazakhstan, buildings of more than a hundred years old have already been classified as historic. Most of the cities were first built in the XIX century in the wake of the Russian conquest. Not much is left of the early citadels and the plain wooden houses surrounding them and unfortunately what is left of them tends to disappear under the chain of the bulldozers which clear the site for the villas of the nouveaux-riches.

Prestigious Russian buildings from the XIX century can still be seen in Semey (Semipalatinsk), Petropavlovsk, Oral (Uralsk) and some other cities including a few Russian-Orthodox churches. A few simple mosques have also been preserved.

Fine examples of buildings put up during the earliest phase of socialist development can be seen most of all in Almaty, but also in formerly unlikely places such as Kyzylorda. In Soviet classicist style, many universities, theatres and government accommodations were built.

The way all Kazakh cities strike attention by their major-block-wise, socialist building booms can hardly escape any visitor. One can explain this gruesome homogeneity of many cities with the pressure to urbanize following the establishment of major industries. This, however, hardly makes their image any more esthetic for it. 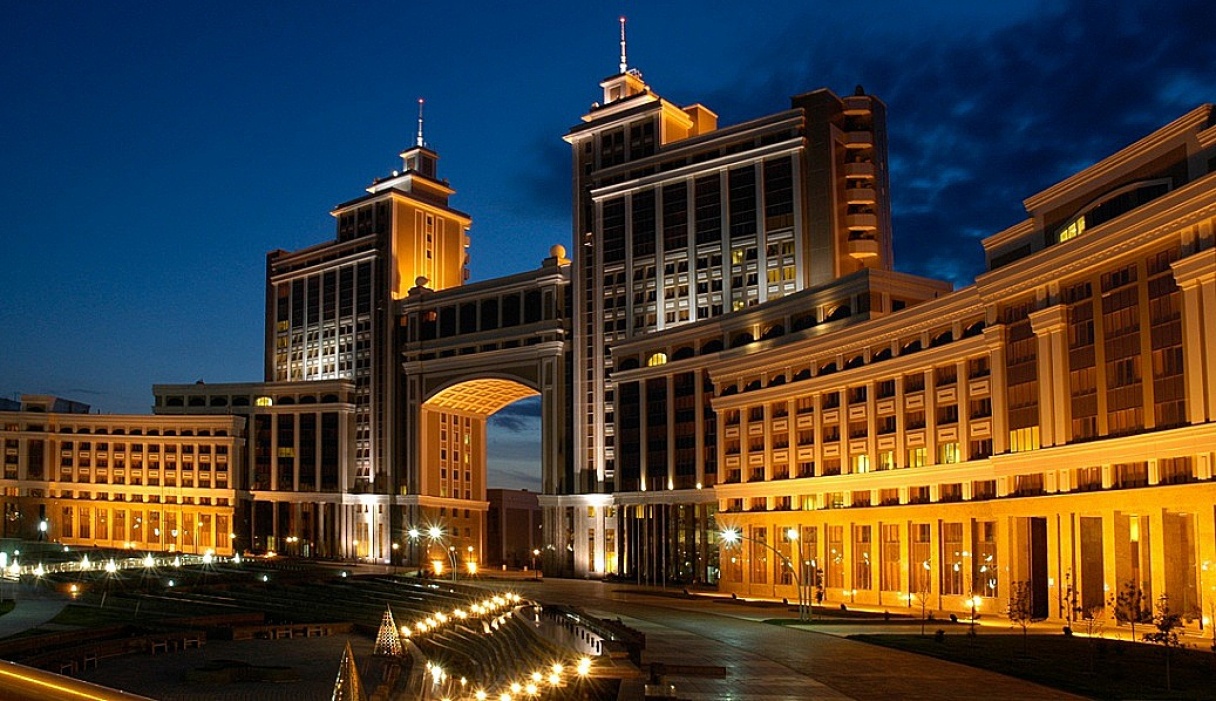 The only city being completed and modernized according to an overall master plan is Astana. The new capital is the very example to those who want to study modern Kazakh architecture. Government buildings feature much glass, curved fronts and elements in omnipresent Kazakh sky-blue. Often, domes imitate the roof of a yurt, such as those on the President’s Cultural Centre, the Congress Hall and the Palace for State Receipts. There is also a revival of the Imperator Style from the 1950s, of which the new building of Kazmunaygaz is an example. A carefree mix of all sorts of styles can be seen in residential buildings. As for multi-family housing, their large facades keep enriching the cityscape in a manner that is becoming grotesque.