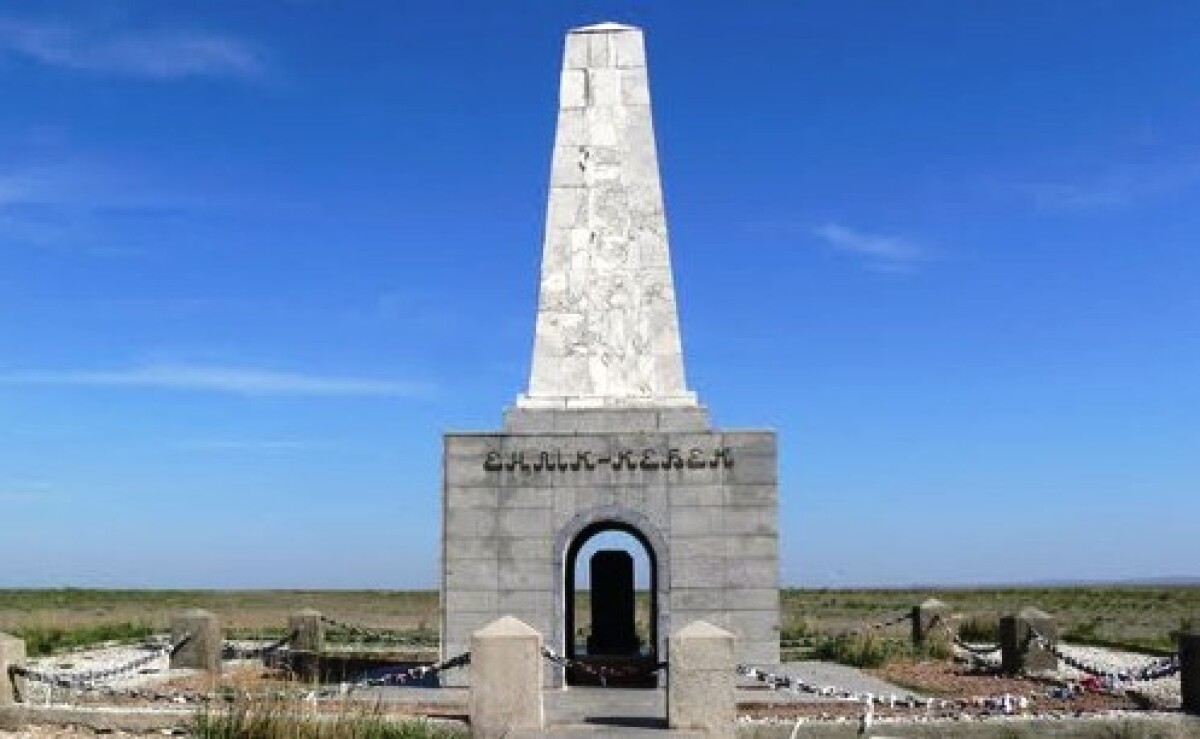 From Semipalatinsk one drives towards the south for a long time through the steppe, until one reaches a height on the Kashikbay pass, from where one has a view that stretches to the end of the world if the weather is clear. The water that flows from a well at the foot of the «mountain» is said to help wishes come true.

It is one hour to drive from Semipalatinsk to Borli, a village on the left side of the road. Here, at the winter residence of Auez, a rich cattle owner, Mukhtar Auezov was born. His home, converted into a house museum after the author’s death has been restored with the help of state funds and nearby a splendid mausoleum was built for his parents. In the museum there is much to learn about close territorial and spiritual family ties between the Auezovs and Abai. Both writers received their inspiration from their homeland, as the museum shows, e.g. with the carefully furbished model of the double yurt in which Auezov’s first theatre piece, the drama of Enlik and Kebek was performed in 1917.

The tragic love story of Enlik and Kebek is also a story about the hostility between Kazakh tribes which weakened the nation and in the end led to its historic defeat.

Enlik and Kebek belonged to two different tribes, Tobykty and Naiman, which were engaged in a fued. The explicit ban b the tribal elders did not prevent two from falling deeply in love with one another. Since it was impossible to live among their fellow tribesmen, the young couple fled to Mount Chingistau and went into hiding in a nearby cave. Here, Kebek bore a son. Enlik fed someone must have spotted him, and their hideout was discovered. Once more, the two lovers had to flee, on horseback with their baby in a cradle. In a rush, the cradle slid from the horse. The parents stopped in order to save the child, and were overtaken and caught. The subsequent penal procedure was horrifying. Enlik and Kebek were convicted to be drawn and quartered, their little son was thrown off the highest peak of Chingistau into a ravine. Some people say that at sunset one could still hear him crying.

At this stage, all who relate the awesome tale stop and express their hope that the child had been intercepted by a kind soul who took care of him.

At kilometer stone 117 on the right side of the road from Semipalatinsk to Karaul and Ayakoz , there is a monument to the memory of Enlik and Kebek. Hundreds of ribbons have been wound around its lower art and place has become a pilgrims’ destination.