Home News Other Traditional life in the steppe: women and baby birth

Traditional life in the steppe: women and baby birth 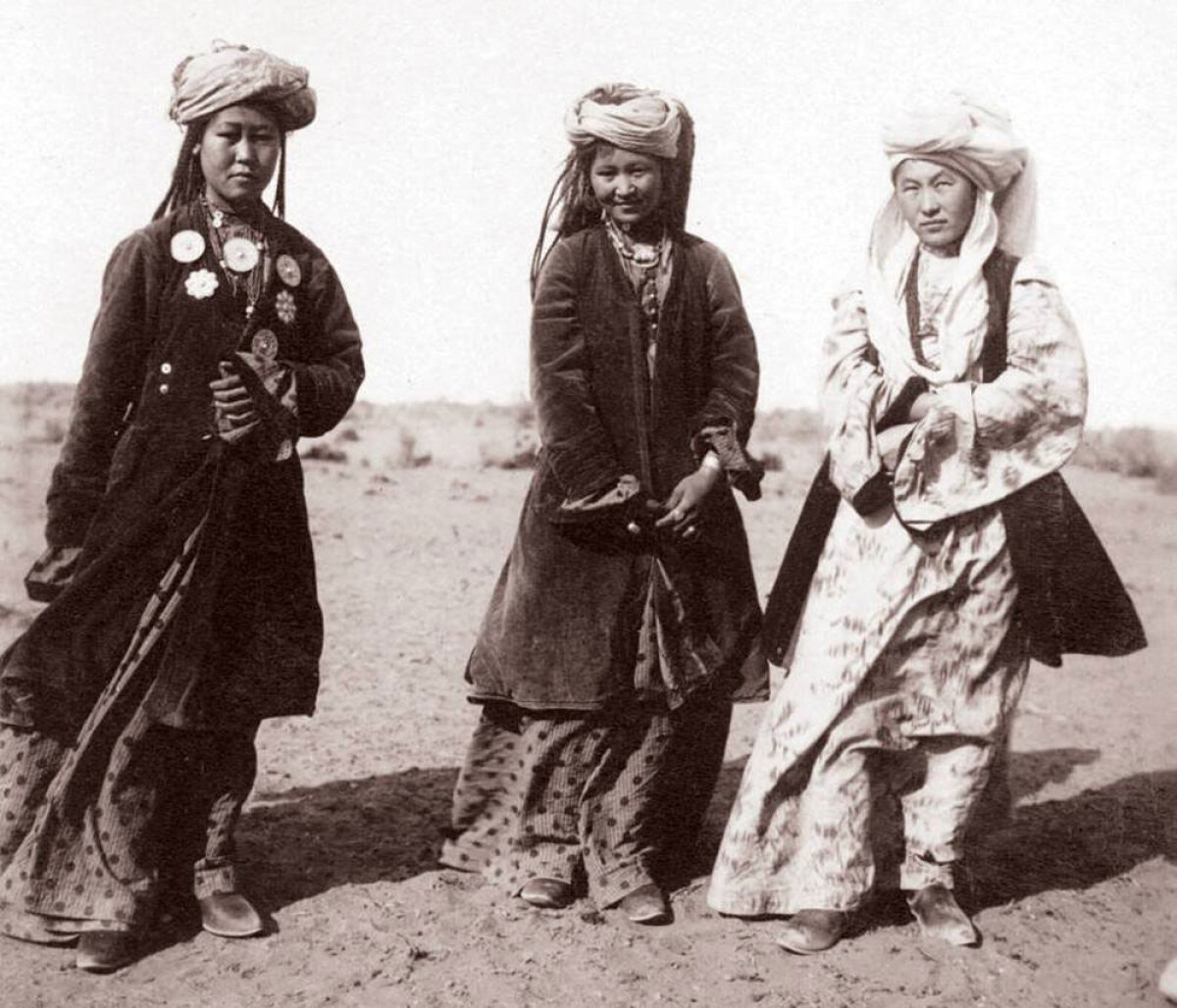 Mother-in-law shared her life experience with the young daughter-in-law, so that she could easily surpass all possible difficulties.

In order to avoid evil eye or other misfortune on the bride, she was presented with all possible amulets (boy tumar). During her pregnancy they did not let her go outside at night by herself, did not leave her bedroom where they hung different weapon, wolf teeth, eagle’s beak, owl’s claws, which according to the folk’s beliefs defended her from evil spirits.

During the labors most part of responsibility fell on mother-in-law’s and other relatives’ shoulders, who surrounded her with attention and care, especially during the last months of pregnancy. They did not let men, childless women and young ladies approach the pregnant woman without special need.

One of the interesting tokens was «zharys kazan» (zharys — competition, kazan — cauldron). The cauldron was placed on fire, milk was boiled, meat put into it, chests were opened, all bags and packs with dried cheese (kurt) were united, bellies (karyn) with cream butter were cut open, all possible ties were united, and so on. All these magic deeds were done for the sake of the woman in birth — so that she delivered the child as fast as, say, meat was ready, milk boiled, chests opened, bags opened, ties united.

According to a belief, the baby being a participant of such competition, tried to reach the «finish» first.

During the labors, elderly respectable women were helping, and the cord was cut and tied with the horse’s string by a friend of the bride, who had many children, who then became kind of godmother for the child — kindik sheshe (literary — (umbilical) cord mother).

Kindik sheshe should definitely be energetic, well-bred, honest, etc., as according to magic beliefs, so common among Kazakh people, her qualities are inherited by the baby. In exclusive cases, if a family had no children for a long time and a long-expected boy was born, the cord then was cut by a man. It was not trusted to sick and disabled people.

The placenta was dug in a remote, ritually «clean» place. The umbilical cord served as a kind of amulet, it was folded into cloth and sewed to the baby’s shirt or hung above its cradle. In some cases the cord was cultivated, diluted in water and was used as medicine for the cattle.

Every person, who learnt about the child birth, especially if it was a boy — successor of the kin, was hurrying to spread the great news among relatives and friends with shouts: «Suinshi! Suinshi!»

All the people understood that the news was good, and gave the bearer of the good news a present (sweets, money or things).