Home News Other Who studied together with Bauyrzhan Momyshuly?

Who studied together with Bauyrzhan Momyshuly? 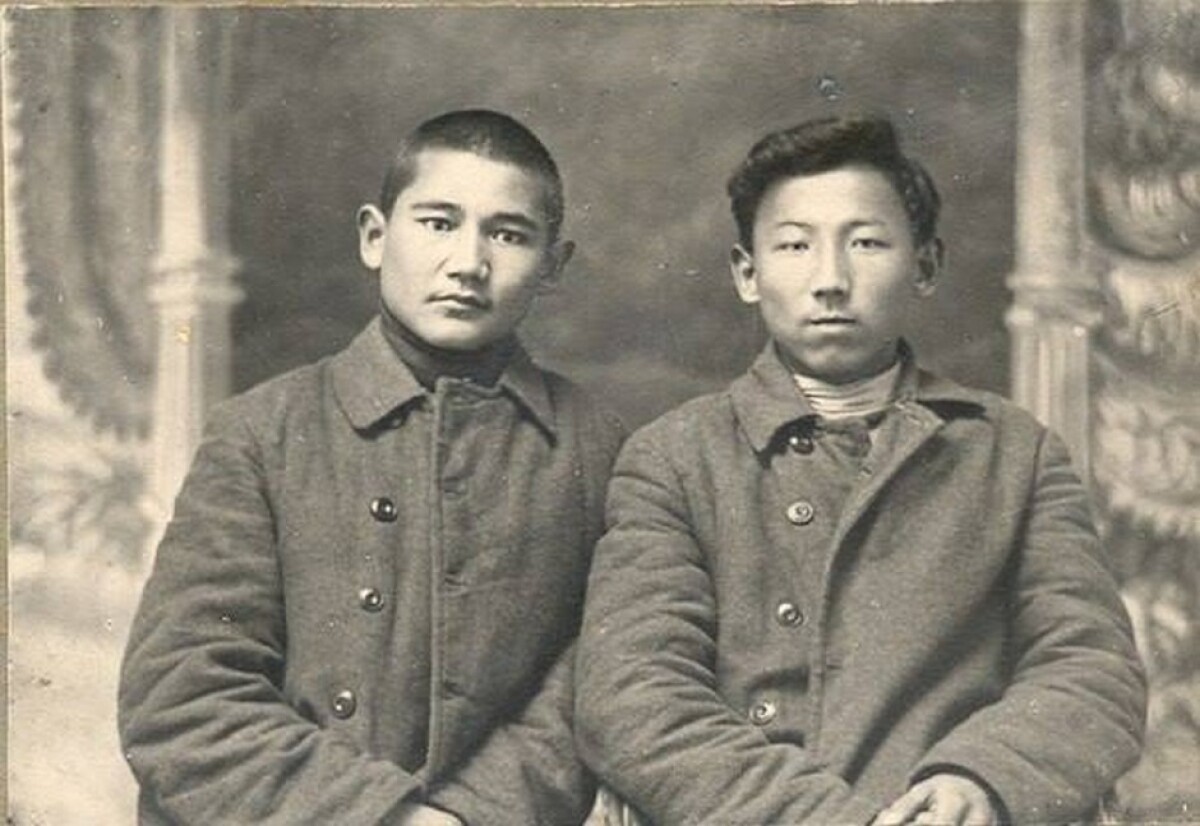 Iliyas who was a future Batyr of the Soviet Union, a famous head studying in the boarding school was friends with Bauyrzhan Momyshuly and a famous poet Abdilda Tazhibayev.
Akhmetov Iliyas Sauytbayuly (1910 — 1944, April 16). Senior lieutenant, the commander of hard self-propelled artillery weapon, was buried in Ternopol region, Bugach city, Voitsekhovka village. 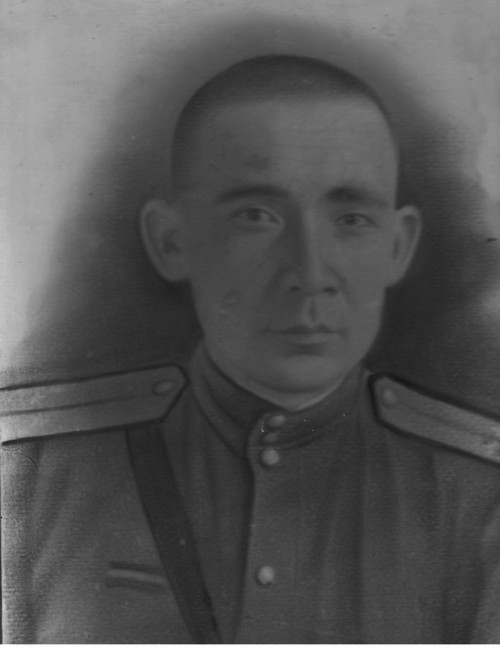 In 1916 at the age of 6 Iliyas became an orphan. At that time his elder brother Kasym notwithstanding his age of 13, not to let his sisters die from hunger married them. The elder sister Molzhan was at the age of 12 and the younger sister Ziyagul was at the age of 9. And he sent his brother Ilyas to the orphanage. Later, the Kasym Sauytbayuly (1903-1942) died heroically at the age of 39 in the World War II.

Kasym Sauytbayuly was a very kind-hearted person. Perhaps blessed by God Akhmetov Kasym Sauytbayuly his 12 children died because of different reasons. Now, there are no descendants of his left. And, the lives of two sisters whom he married are successful, thanks God. Iliyas Akhmetov studied at the boarding school very well. And finished the work factory in Moscow. 3 students were sent to Moscow from the boarding school, and all of them did not know Russian. Two students who were close to Ilyas asked him during their stay in central town, «You are the one who knows Russian a bit, could you take our copybook from agay Abram Petrovich?» Thus, Ilyas came over to Abram Petrovich, «Two boys paper left», and took the copybooks.

From that occasion Ilyas showed himself as an inventive boy. During the times of study at the boarding school future Batyr of the Soviet Union Ilyas, a well-known commander Bauyrzhan Momyshuly and a famous akyn (poet) Abdilda Tazhibaev were good friends.

Then, Bauyrzhan Momyshuly wrote on the back of the photo «To a special friend» and gave it to Ilyas Akhmetov. 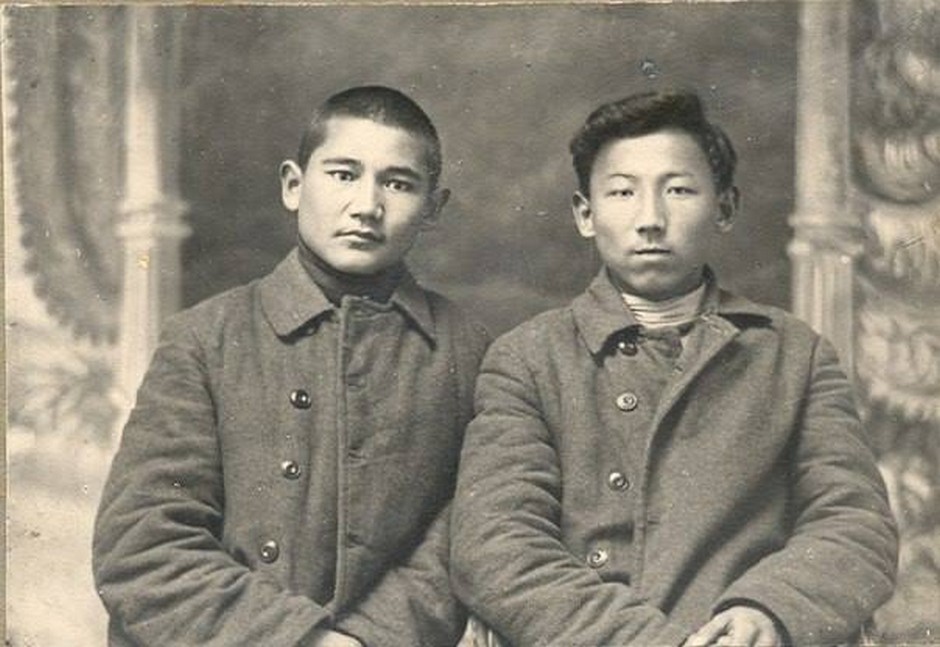 In 1928 he married. His spouse Akhmetova Azharkul Meymankyzy (1913-1968) was 15 when she married. Originally from Mamay naiman. Thanks to God they had 7 children.

Ilyas Akhmetov from the military commissariat of Kyzylorda went to war. In 1942 Ilyas’s spouse Azharkul during sending her little sister’s husband to war found a Russian child left in the restroom.

She thought that he will be another Serik replacing her dead Serik and folded him to the breast. Thus, a Russian boy named Akhmetov Serik Iliyasuly became an adult. And finished the military studies. Military officer was in Hungary and Ukraine at service. Then Serik Akhmetov married and gave a birth to a boy Damir.

He lived by saying that they are Kazakhs. Ilyas Akhmetov was wounded in 1941 and came to the military hospital of Kyzylorda. At fight he lost 4 fingers of his left hand. Those days were unforgotten happy days for the spouse Azharkul apa, daughter Sharikul. Officer Ilyas Akhmetov after being recovered went back to war. Sharikul Ilyaskyzy wrote letters to her father being at war, and her father calling her Shura also wrote letters back.

In 1942 the youngest daughter of Ilyas was born, and mother said to the newly born child, «let your life be long and fruitful!», and called her Bayan.

One more meaningful circumstance, because of the fact that Azharkul apa had the brother-in-law called Bayan, named her daughter in her honour. However, the elder daughter Sharikul named a new-born child Raya.

Sharikul did not say to her husband that she called her Bayan, that is why he wrote on the letter «To Raechka». Such letters came up to 1944. 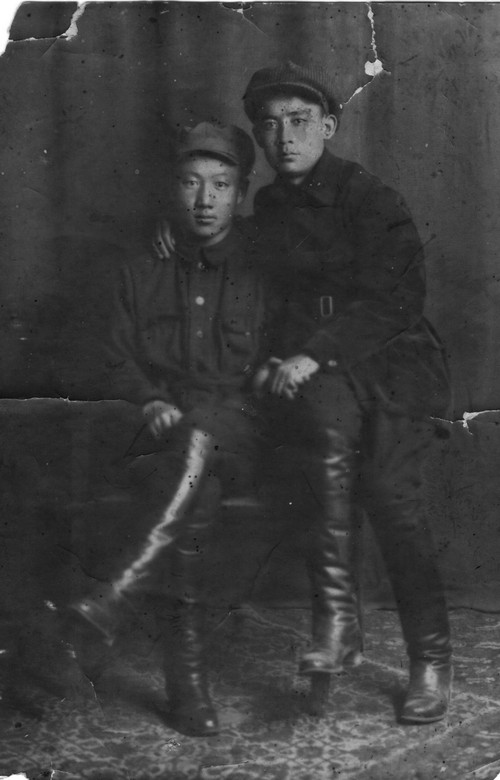 One day in 1944 the letter from fight field came, «Ilyas Akhmetov went missing». But, Azharkul apay believed that he was safe. Military commissariat helped Akhmetova Azharkul being the spouse of dead, gone missing officer at war and gave her an apartment, helped with coal, food in 1950. In 1958 during the pondering of 26 year-old officer Akhmetova Bayan Ilyaskyzy working at the Ministry of Inner Affairs, the head, policeman major Galkina Yekaterina Stepanovna gave a piece of advice to Bayan, «Write the letter to the newspaper «Izvestiya», now the pioneer organizations are doing research works, there was the column called «Who does not know the places of burial of brothers and sisters».

Bayan Iliyaskyzy gathered their relatives in order to tell bad news about the death of her father to Azhrakul apay who believed during 24 years in him being alive.

After hearing the news Azharkul apa cried out aloud. That year Azhrakul apa at the age of 55 died from grief. Bayan was friends with Kazakhs’ talented poet Askar Tokmagambetov’s daughter Botagoz.

Askar akyn shared her grief and adviced her to hold herself. He had 3 daughters, and Bayan was like the fourth daughter. About Akhmetov Ilyas Sauytbayuly it is written on page 29 in the book «Bozdaktar». Sharikul Iliyaskyzy Boshay Shashty married to the kypchak Dzhankarayev Ibragim. Their children: 1. Ayan(1954 y.). 2. Yelena (1955 y.). 3. Marat (1957 y.). 4. Timur (1966 y.) — gynecologist-doctor. Akhmetova Bayan Iliyaskyzy served in the Ministry of Internal Affairs.

There is a good saying among Kazakhs which says «What was in the past becomes better in the future». Sharikul, Bayan and Serik’s children work in dignity, not leaving dirt on the ancestors’ names. Warrior-officer Akhmetov Ilyas’s name will not die, thanks God he has the worthy ancestor.

After those occasions 74 years passed. The deeds of our Heroes during the World War II for the homeland and honour will never be forgotten. One time our President Nursultan Abishuly Nazarbayev said, «People who sincerely respect their ancestors will also prepare properly the future of their children».

By the way, we are the next generation having pride in ourselves, knowing our history, knowing the true heroes participating at war have to be proud.

Bakhytzhan Akhmetbek, scientific worker of the Scientific and Research Institute «Korkyttanu and History of Land»