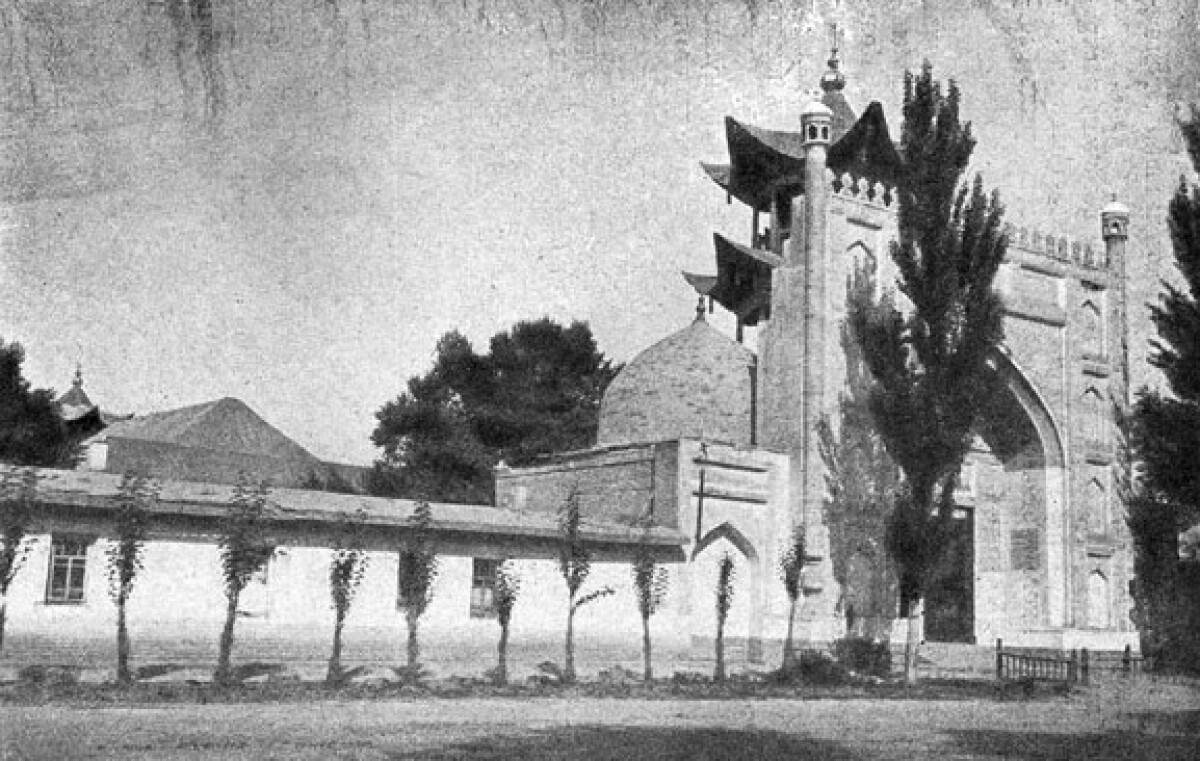 "Zharkent mosque" Architectural and Art Museum is located in the center of Zharkent, Almaty region. The mosque is an architectural monument of the XIX century

«Zharkent mosque» Architectural and Art Museum is located in the center of Zharkent, Almaty region. The mosque is an architectural monument of the XIX century.

The world’s only wooden mosque Zharkent was built without nails or cement. In 1886, at one of the Muslim community meetings, it was decided to collect money for the construction of mosque and the well-known merchant Ualibay-Akhun Yuldashev was the main sponsor and organizer. 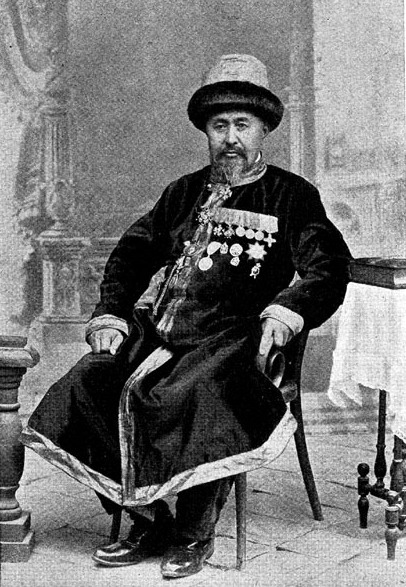 But none of the local masters did not dare to execute the order because of the basic requirement Yuldashev — not to use nails. An architectural monument was built by a Chinese architect Hawn Piquet in 1895. There was a stamp of the architect’s talent and identity on the whole construction. He creatively used elements of Chinese architecture by giving some features of Buddhist temple to the mosque. A special grace and lightness are given by floating roof, which have curved ends upward the slope. Also, encircling gallery of the building with cylindrical columns is without capitals, large cornice. The main hall can accommodate about thousand worshipers, largely makes a large number of wood carvings and bright polychrome. Due to the surface of arches and walls, it acquires openwork and artistic sophistication. Ornaments have floral motifs, but there are also images of birds, fishes, real and fantastic animals.

Fresco paintings in the mosque

The total area of the mosque is 28 × 54 m, height-14.5 m, height of the minaret — 19 m. The minaret was surrounded by 52 columns. Entablature was decorated with wooden carvings. Columns were made of Tien-Shan spruces. Nails did not used during construction of columns and other wooden parts. The walls of the mosque were made of boards, and the roof was made of tin. 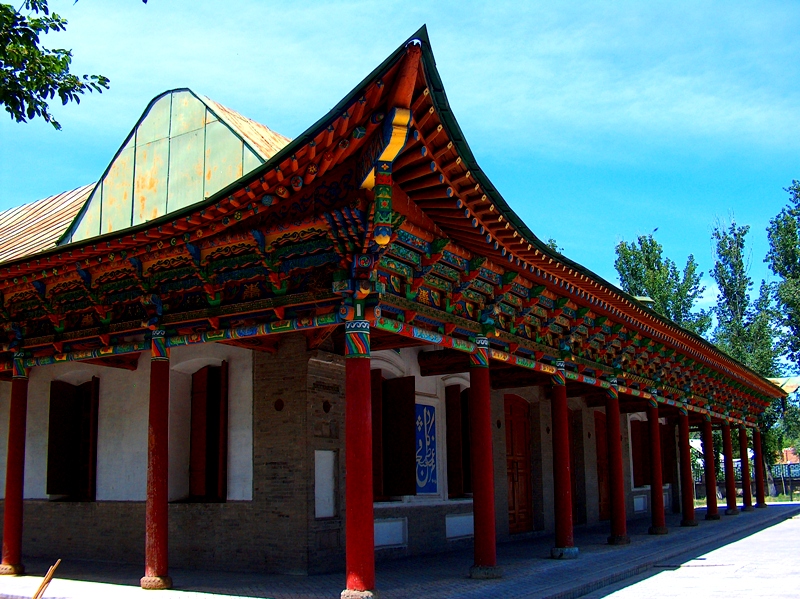 The awning of the mosque

The interior was decorated by Arabic script, also used national ornaments. There is a small courtyard in the north-east side of the mosque yard, and on the south — madrassas. Mosque complex is fenced with stone wall, height of which is 2.3 m. There are gates on the southern and northern sides. The mosque was built in the style of architecture in Central Asia. Master of 120 unduplicated ornaments used only four colors of paint: green — a symbol of generation, blue — a symbol of the sky, yellow — the sun and white, symbolizing the human soul. The Muslims of that time believed that when you combine these colors together, the world would become calm and prosperous. The masterpiece of the late XIX century doesn`t have analogues in the world.

History of Zharkent mosque survived a lot over 116 years, but it was preserved. There was a powerful earthquake in 1910. Significant damage occurred in the portal of the mosque: two decorative towers were collapsed; the top of the dome was fallen, because cracks formed in the sails of domes. Thus, staircases leading to the roof were closed, and access to the mosque through the main gate was stopped. In 1948 — 1949, a deep study of the mosque was carried out for the first time, after which this outstanding monument was taken under state protection.

There was hurricane wind in Zharkent, 1965. However, well-established construction was preserved from that natural disaster. The building was used as warehouses and granaries through different years. There also lived people, and every year it is increasingly falling into decay.

The first serious study of the mosque was in 1969, and conducted engineering research and studying the features of construction and decoration. During restoration works in 1975-1978, it was decided to create unusual museum — «Zharkent mosque» architectural and art complex.

Annually, thousands of tourists visit «Zharkent mosque» architectural and art complex, and they admire it.