Home News Other A difficult fate of the struggler for justice

A difficult fate of the struggler for justice 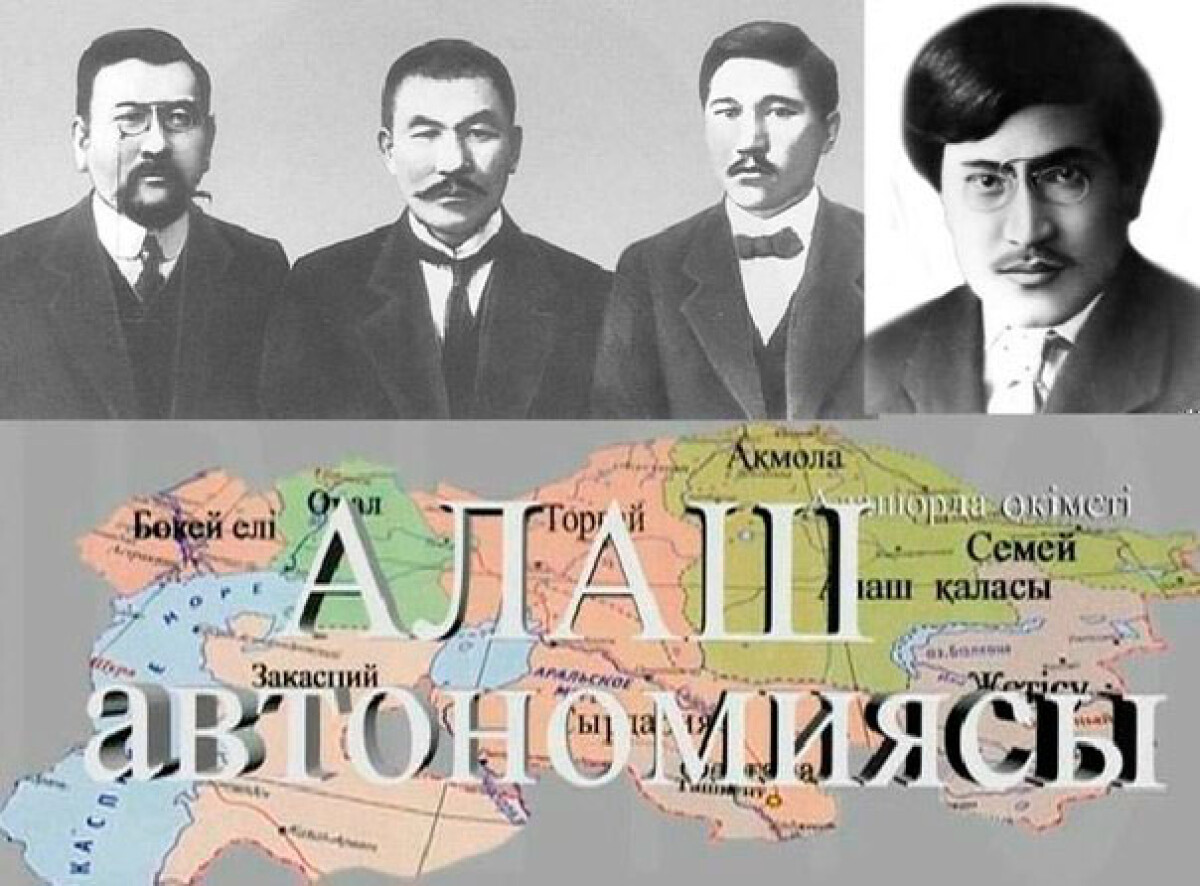 The article sheds light on one of the members of Alash party from a different perspective.
Not many people know about Akhmet Zhantelin — one of the members of “Alash” party. His name was prohibited to mention during the times of the Soviet Union along with the names of other fighters for national independence. Only after attainment by the country of the sovereignty such activists as A. Baitursynov, A. Bokeykhanov, M. Dulatov, Zh. Tileulin, M. Zhumabayev and S. Toraigyrov became famous. Unfortunately, there were no mentions about Zhantelin.

We addressed to his daughter, Candidate of Sciences in the sphere of agriculture, base area soldier and veteran of labour Aida Akhmetkyzy, to shed light on the personality of Akhmet Zhantelin. Akhmet Zhantelin was born in 1875 in the family of Zhanteli Tegisov in the aul of Karagay of Kyzylzhar county of Akmolinsk province. After getting the basics of writing from aul mullah in 1902-1906 yy. he studied in Tatar medrese “Rasuliya” of Troitsk city Kurgansk county. He often visited medrese-library that helped him to widen the overview and become one of the best students. During the studies Akhmet wrote articles about the problems of Kazakh people, which were published in the newspapers of “Ulphat” and “Uakyt” in Kazanj. Also, he actively participated in the political life of the country.

17 January 1906 the tsarist decree on the State Duma was released. After that the candidates to the Duma started meeting with people telling about their future plans. Akhmet was also following the elections. In his article in the newspaper “Uakyt” he raised the issue of absence of the Kazakh representative in the Duma. As a result soon into that body A. Bokeykhanov and Zh. Akbayev were included.

Along with Zhantelin they openly spoke about injustice in the society and danger of colonial politics of Russia for what they were put into the jails of Semipalatinsk and Petropavlovsk.

Akhmet spoke out against Stolypin reform explaining to them that after creating conditions for the free settlement of people on the most abundant lands of Kazakh people. His oppositionists in this issue stood out to be local officials about what the articles in local newspapers were printed.

In 1906 in the newspaper “Uakyt” Zhantelin on behalf of all Kazakhs wrote a letter about problems of the people to the Big Meeting in Orenburg in which he asked to restore the destroyed mosques and medrese on the Kazakh land and return to Kazakh people the lands from Irtysh, Ishim and Tobol to Yank, also he mentioned the necessity of the help to auls which suffered from fires.

Akhmet suggested the ways of solution of these problems which included: return of lands, assigned by people to their owners and legalization of them on the right of ownership, rendition to each Kazakh of 30 arpents of land, cease of selling of lands. In 1907 he built the school in his native aul Karagay, notwithstanding the fact that he himself was studying in the medrese. He brought desks, blackboard, textbooks and copybooks from Korgan which is situated in 300 km from aul. To the educational institution local children, orphans and children from poor families were accepted. Zhantelin himself composed the school program. He invited experienced and strong teachers form Tatarstan, Bashkiria and Russia, among whom was his friend Khasen Khalve, who was studying together with him in Troitsk. With the time the people come to the understanding of the necessity of knowledge. Akhmet’s aul becomes educational, where even children from distant regions came.

Every year five out of such children stayed at Akhmet’s house. There are not so many students who finished Akhmet’s school and became scientists, industrialists and esteemed members of the party. Consequently, some auls also opened schools and started to teach children reading and writing. Zhantelin had always searched new ways of the development of such a good deed.

“Among Kazakhs there are no Doctors of Science, advocacies, deputies of the State Duma. We have to reach such a level in order to raise such people. Several conservatories think that notwithstanding the strive for attaining knowledge, Asians — the lagged people. That is why, we are to educate purposeful children in the spirit of patriotism”, — Akhmet Zhantelin expressed his opinion in 1912 in “Aykap” magazine.

These lines were also mentioned in his article “Kazakh school” published in the newspaper “Kazakh” (67th edition) in 1914. In this article the issue of the organization of schools in each aul was raised. “3-year-old program is not enough, 5-6-year-old is necessary. In Tataria next to the school there is the medrese, where the student can go and study further, but we do not have such.

Russians continue to gain knowledge in gymnasiums after school. And our students after getting 5-6-year-old fundamental education can be teachers. We are to prepare strong teachers for such aim. It would be good if our students, possibly, continued to gain knowledge in Russian schools. With that purpose it is needy to build a big school in which the educated teachers have to teach, and textbooks must correspond to the given aim and provide different methods of profound learning”, the author wrote.

Zhantelin wrote a lot about school education. In his opinion, students need to be inoculated the correct viewpoint, educated as the intelligent people, aimed at the progress. He dreamt of having the growing generation as patriots, caring about freedom and independence of their country. Akhmet Zhantelin knew well such progressively thinking personalities such as M. Dulatov, M. Zhumabayev. He supported the idea of “Alash” party and contributed to the work of that party.

It is possible to say without exaggeration that Zhantelin was the first man who cared a lot about the destiny of people living in Kokchetav and Kyzylzhar counties. He also made a contribution to the opening of courses on the upgrade of teachers’ qualification, teaching at Kazakh schools.

The Director of these courses was appointed M. Zhumabayev who is in charge of material and organizational base of these courses. Sabit Mukanov also finished these courses. Akhmet was published in the first political journal “Aikap” which was released in Troitsk city in 1911-1915 yy. He raised the issues of self-management, land, issues about the necessity of civil law and enlightenment.

Owing to his talents, eloquence, active social position, truthfulness which became widely known in those times he got acquainted and became friends with the leaders of the party “Alash” A. Bokeykhanov, A. Baytursynov, M. Tynyshpayev, M. Zhumabayev, Zh. Tileulinov, A. Ramazanov and others. They were united by one aim, and they always helped each other.

A famous writer Sabit Mukanov describes those times in his book “School of life”.

“Akhmet Zhantelin actively touches upon social problems in his articles which were published in “Aikap” journal, newspapers “Kazak” and “Zhas kazak”. The residents of all the auls Akhmet and even the older people tuned in to his opinion”, — the poet wrote. In 1921-1924 yy. after the coming of the Soviet power, Akhmet started working in the national court of Presnov village, former aul Tonkeris, but continued writing articles in newspapers and magazines, concerning the issues of the right division of water, land, wood and issues of.

In the second half of the 20s the clouds piled up over Akhmet again, the Soviet power put him into prison and blamed in nationalism. In 1932 according to the decree of the USPD the issue against Zhantelin was raised, and he was freedom, by sending beyond the borders of Kazakhstan.

While being educated and politically literate, Akhmet proved his innocence and came to Almaty in 1934. As far as he knew the difficulties of that time, Akhmet set all the conditions to make his grown-up children after changing their surnames entered the universities of Moscow, Leningrad, and Almaty to make his close people get rid of repressions.

Understanding the political situation in the country, in the near future he headed to the town of Makushino of Chelyabinsk region, Russia. And here he was not left alone, he noticed that he was followed.

In 1937 he burnt all his valuable things and at night he went to taiga, Siberia. His daughter Aida recalled those times: “We came to kolkhoz “Blagodatnoe” of Kazan region, Tyumen oblast. I was then in age of reason. I remember, I asked him why we were running, and he said that he was afraid of neither bullet, nor death, but political situation in the country bothered him much and he had to leave the country and hide in Siberian taiga because he did not want his children to be called the people’s enemies”.

Akhmet’s family lived in these places till 50s. But he actively followed the situation in the country. The elder daughter Zurken sent him the newspaper “Socialist Kazakhstan”.

Akhmet was honoured the rank of the distinguished resident of the village. His three children died at the front a hero’s death. In 1947 his wife Karatay died and left him alone with two daughters, Aida and Tolkyn, and son Kiyikbay. Akhmet Zhantelin for whose part the hardships of Russian stardom and Soviet power fell, died in 1950 in the same taiga.

Myrzakhan Mukhamedzhanov confirmed the written in his memories: “Akhmet Zhantelin left in the memory of many as the intelligent person. He dressed in European style and was famous with his eloquence. A very clever and reserved man, could get on well with people.

In 1924 I met with him for the second time in the department of province land issues of on the use of Kazakh lands. He tirelessly expressed care about people. He worked a lot to release Kazakh from land tax. And it is his idea — to release poor peopel from tax for 5 years, average — for 3 years, landowners — for one year.

Then I understood that he is a real democrat”. A famous scientist, academician Evney Buketov told: “Akhmet Zhantelin — a respected person of our district. In 1936 during the hunger he came to our house and was talking a lot with my father.

Thanks to my father, I became the scientist, and my father followed Zhnatelin’s advice and he helped a lot with advice and deeds”.

Only in 1989 all the unfounded accusations were from Akhmet Zhantelin who suffered from Russia and the USSR. His children and grandchildren remember with pride their great grandfather, member of “Alash’ party, struggling for freedom and independence of his people.