Home News Other The architectural complex of Tekturmas

The architectural complex of Tekturmas 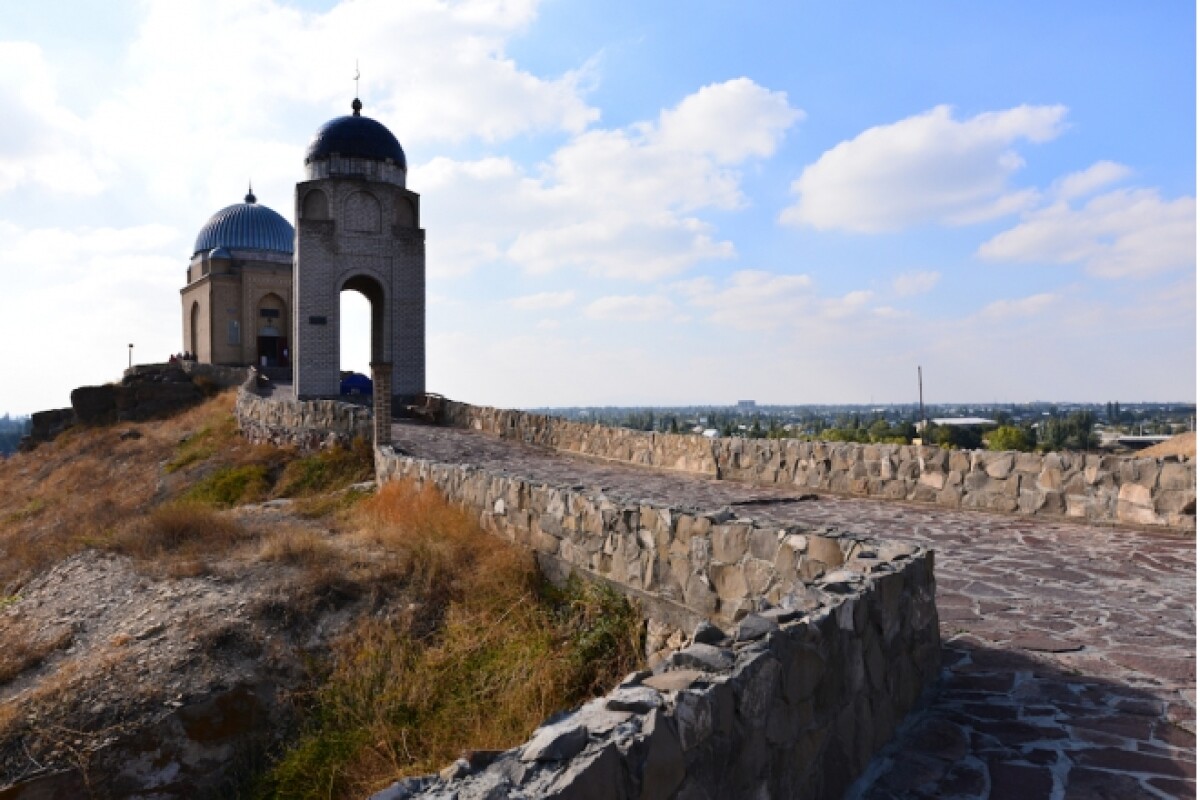 This sacred place on the right bank of the Talas River is known far outside Kazakhstan. Thousands of people come here for healing from mental and physical suffering.

The Mausoleum of Tekturmas dates originally from the 13th century but has been heavily restored. It is stunningly located on a promontory overlooking Talas River, just beyond the southeastern edge of town. This is one of the oldest places of worship. Initially, the constructed complex had not been preserved. In 1935, it was completely dismantled.

The location of Tekturmas complex on the site of an ancient Zoroastrian cemetery dating to the VII-XI centuries, suggests that its formation began before the spread of Islam, i.e. before XI century. The construction of the mausoleum of Tekturmas was carried out in the period of Islam. Exact data on time of construction is not available.

The Russian translation of the word «Tekturmas» means «mountains standing for a reason». The mausoleum is considered as the place of burial of someone named Sultan Makhmudkhan. According to one of the versions, he was a local saint. According to other version, he was a commander of the army of Kara-Khanids. He largely contributed in distribution of Islam. There is no clear data when the mausoleum was built. G.A.Pugachenkova states that it was erected in the 16th century.

In 1934, the mausoleum was completely destroyed. In 1939-1940 its remainders were explored by G.I.Patsichev. In the end of the 19th century the mausoleum was researched by V.A.Kallur. In 1982 the mausoleum was included in the list of monuments of history and culture of the Kazakh SSR of national significance and was taken under state protection.

In 2001, A. Itenov conducted archaeological research excavations.In 2002, a new mausoleum was built at the exact place of the old one with the initiative of Amangeldy Mamyshev to the 2000th anniversary of Taraz. The reconstruction was conducted by young architect Nurlybek Baekeyev.

There is an ancient underground passage at the foot of the hill, where the path traced by tourists leads. Impression of the view is reinforced by the flowing Talas River, which gave the name to the ancient city. The architectural complex is also a place of pilgrimage. This sacred place on the right bank of the Talas River is known far outside Kazakhstan. Thousands of people come here for healing from mental and physical suffering.