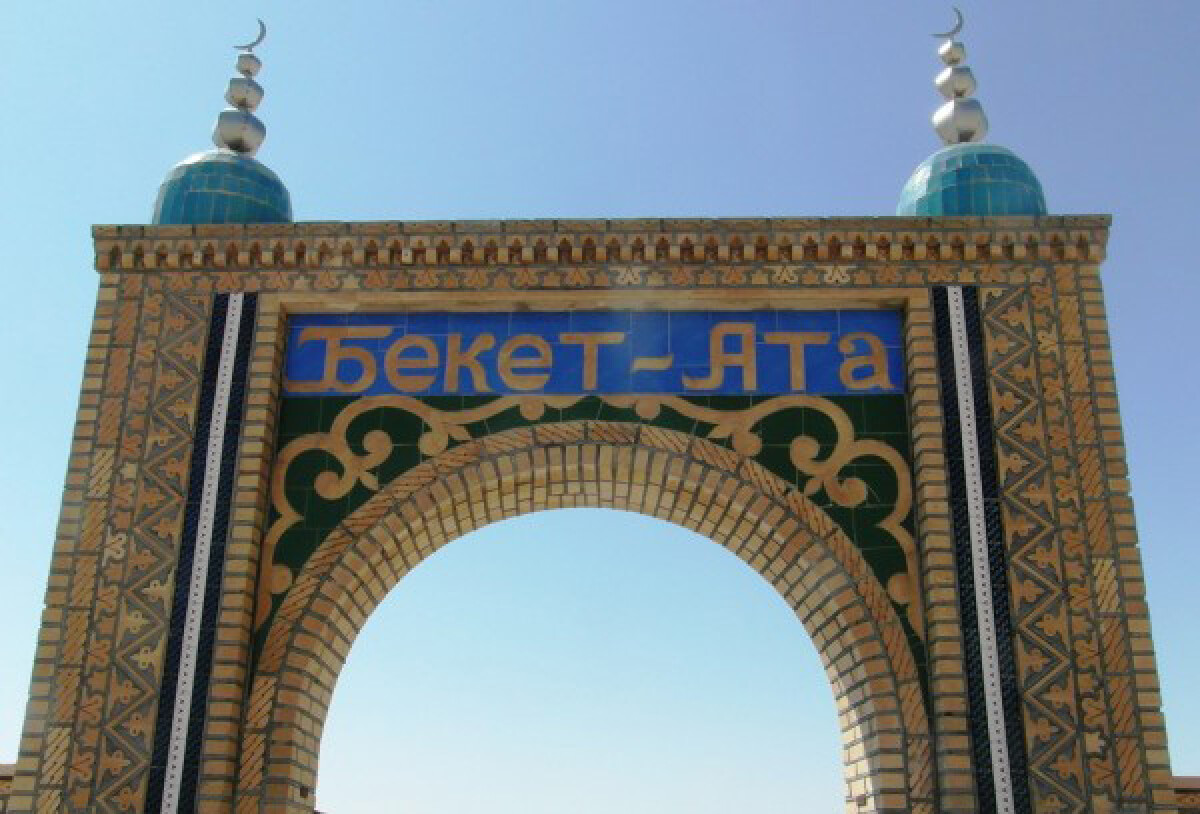 The mosque holds a special position in the Muslim world.
Beket-Ata mosque is a sacred place, which ranks high along with the tombs of Mohammed and Khodja Akhmed Yassawi. Throughout the year, pilgrims from all over the country come in flocks to this place to bare their souls. They maintain that even mentioning Beket-Ata’s name in a conversation can prevent a misfortune, and a prayer in the mosque does wonders. 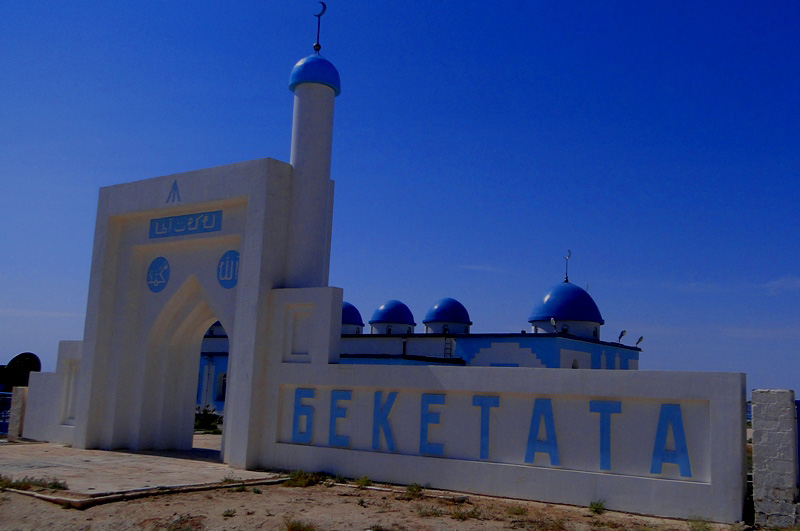 Beket-Ata is known in the Muslim world as a foreteller and prophet, as well as a healer, and a person, who was familiar with the laws of physics, mathematics, and astronomy. According to the legend, Beket-Ata lived in the second half of the XVIII century. He was born in 1750 near the settlement of Kulsary, the Atyrau region. At the age of 14 he came to the tomb of a wise man Shopan-Ata, whom he respected, to bow to his remains and receive the blessings. On the third night, Shopan-Ata gave him an order to study. So, the young boy left for the remote city of Khiva to study in the medrese.

Having reached the age of 40, he became the Sufi, and began teaching children. Upon completion of his studies he returned home and built 4 mosques: the one in Kulsary is called the Ak-mechet, the second was built in the chalky rocks, 20 kilometers away from the settlement of Beineu, the third one — in Baishatyr, on the Ustyurt plateau, and the fourth underground mosque is cut off in the chalky rocks mass in the Oglandy valley. There seven rooms of the mosque have excellent acoustics. Beket-Ata was buried near the mosque. The Beket-Ata necropolis is a spiritual historical and architectural monument.

Having become the Sufi, he founded the Sufi school under the underground mosque in Oglandy. Later on, the mosque became a scientific center, an observatory under the open sky. Due to his significant contribution to the Sufi science, Beket-Ata was elected the Pir by the Sufis and granted an honorary staff. He died at the age of 63 and was buried in the underground mosque in Oglandy, Mangystau. 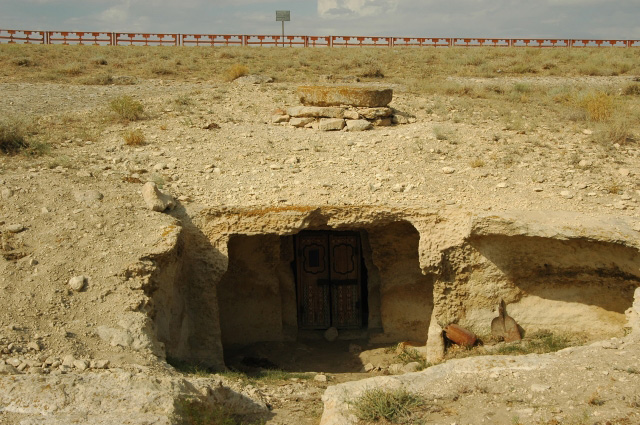 Saint Beket-Ata trod many roads till he returned to Managystau. He healed people, the sick and afflicted came to him, and he restored their health and gave them a new lease on life. He found wise solutions to various problems. In his sermons, Beket-Ata urged people to live their life righteously to be fair and do good. This wise and sacred man remains in the memory of people also as a warrior who bravely fought against the Kalmyks. He possessed heroic strength and courage just like his great-grandfather — Yesset batyr.

The number of pilgrims to the Beket-Ata mosque has not subsided over the past two centuries. They flock here, seeking solace, success in their lives, or to bow to the spirit of the saint. According to the popular belief, Sufi Beket-Ata does not leave people in trouble those who seek the help. 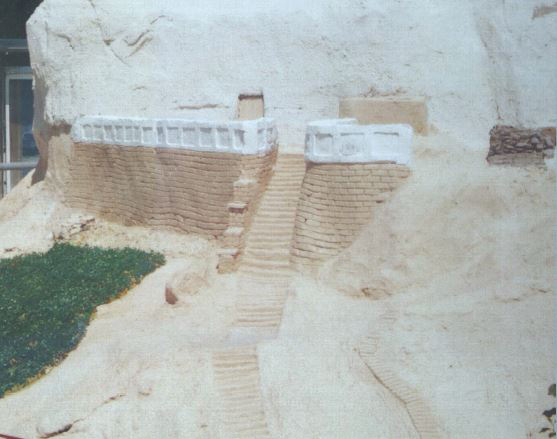 The article was written as part of 86 and 87 steps of the section "Identity and Unity" in the program "100 concrete steps" on joining the world's 30 most developed countries.