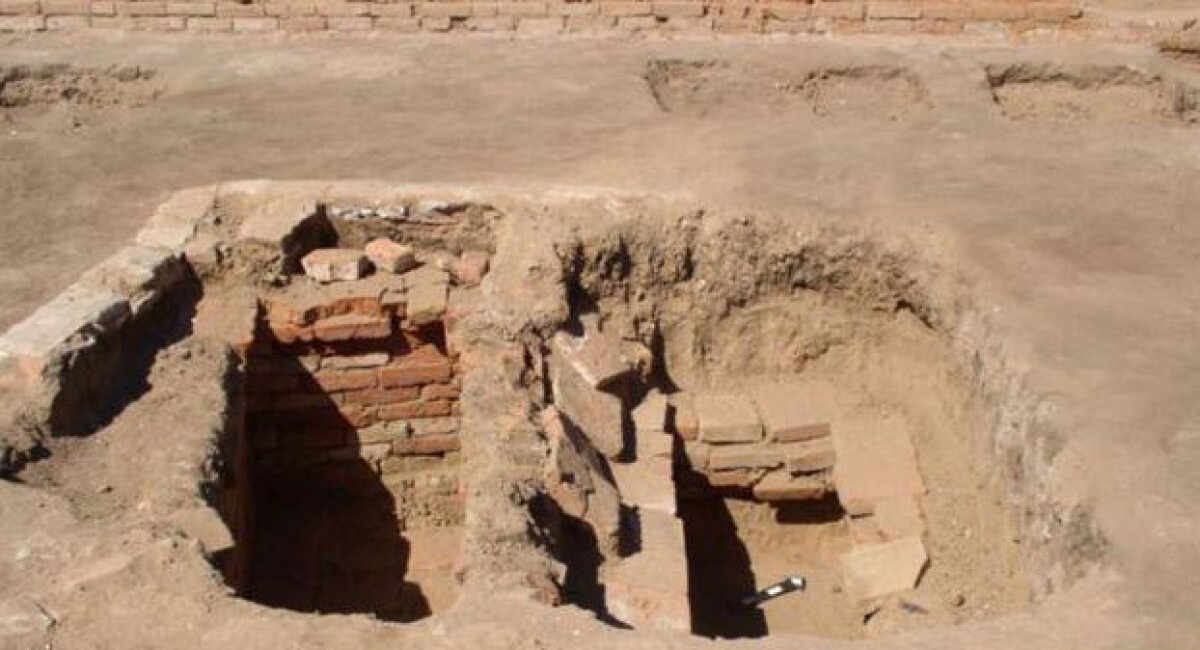 The complex features a stunning royal burial mound, which can be rightfully called the Steppe Pyramid.
The Kyryk-Oba burial mounds are found in the Burlinsk district of the Western Kazakhstan region. The burial mounds, located in this place, are called Royal since their height, golden and silver jewelry, crockery, and utensils indicate that these are the king dynasty burial grounds.

The Kyryk-Oba complex features a stunning royal burial mound, which can be rightfully called the Steppe Pyramid — the largest on the continent of Eurasia and in the whole world. It is 18, 6 meters in height, and foundation diameter is over 500 meters. Scientists divide the Kyryk Oba burial into 2 main complexes. They are located at a distance of 10 km from each other. Group of 6 royal burial mounds are part of Kyryk-oba I complex, and Kyryk Oba II complex has 40 mounds with various sizes.

The first one is nearly 100 meters long and 6 meters high, and the second one is 80 meters long and 4 meters high. There are no ancient constructions of this kind anywhere in the world. The name “Kyryk-Oba” had existed long before it captured the attention of scientists. It means “Forty Graves” in Kazakh. 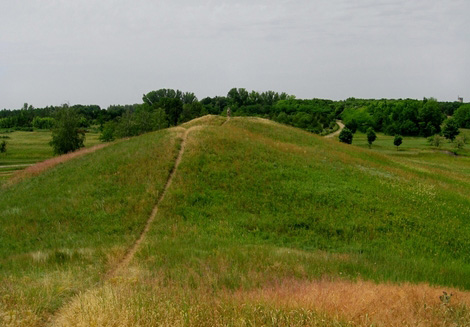 The investigation shows that the funeral rites and burial of Kyryk Oba are very diverse. Burials are different from each other. For example, the wooden constructions on the graves had a tent view. The tomb and the entrance to the crypt were discovered, also there was a collective burial in an open area. In 2001, there was opened “fire temple” — a place, where the pagan gods made sacrifices. There was observed skiff direction of cultural relations of people in Kyryk-Oba, who lived in Uralsk.

Accompanying equipment (objects of worship and life) was obtained during archaeological research, on one hand presented typical duffel sets (weapons, horse bridle, ceramics) of local and neighboring synchronous cultures of nomads, and on the other hand, many imported items from the Ancient East.

During the opening of the upper layers of the mound, many bones of horses were found on one of the largest burial mounds. They were located radially from the center of the mound, in the form of separate small clusters. Fragments of molded ceramic ornament and without it were met at different depths of the mound. Terms of all findings are such that the possible accidental origin, which hit during a robbery, erosion of mounds or importation of animals, etc. — should be deleted. A stone altar with three zoomorphic legs was found at a depth of 0.4 m, on the south-eastern sector of the mound. Two legs of the altar were repulsed, and the third was split completely off. The legs were made in the art of sculpture. There was image on a side of the altar, which was carved in bas-relief. In addition, the upper layers of the mound found numerous bronze objects, parts of horse bridle and arrowheads.

Thus, the artifacts relieved from the burial mounds allow us to speak of utter importance of the Kyryk-Oba complex in studying the formation of nomad culture on the territory of Kazakhstan, as well as of the role of the Scythian-Sakh tribes in the development of ancient society. Today, the scientists speak of these burials as of yet another wonder of the world. The burial grounds impress everyone with their large scale and size of architectural forms of the ancient culture. The historical phenomenon of this complex features global characteristics. Currently, they are working out a plan to set up the Steppe Pyramid — historical and cultural, natural open-air museum here.

It is planned to preserve the archeological monuments in their natural state. The open-air museum project provides reconstruction of the entire building process and the burial chamber itself. They plan to restore all household items, armor and burial rituals of the steppe royalty. A special hotel complex and museum will be put into place for tourists and visitors. This place is to have restoration shops and in-house laboratories.

They will build an ethnic settlement nearby, where visitors can taste the food of that time, and get themselves acquainted with the lifestyle of the Scythians. In future, Steppe Pyramid may become one of centers for studying the history and traditional culture of the Kazakhs. Being located on the border of Europe and Asia, it will become a unique landmark of Kazakhstan.

The article was written as part of 86 and 87 steps of the section "Identity and Unity" in the program "100 concrete steps" on joining the world's 30 most developed countries.