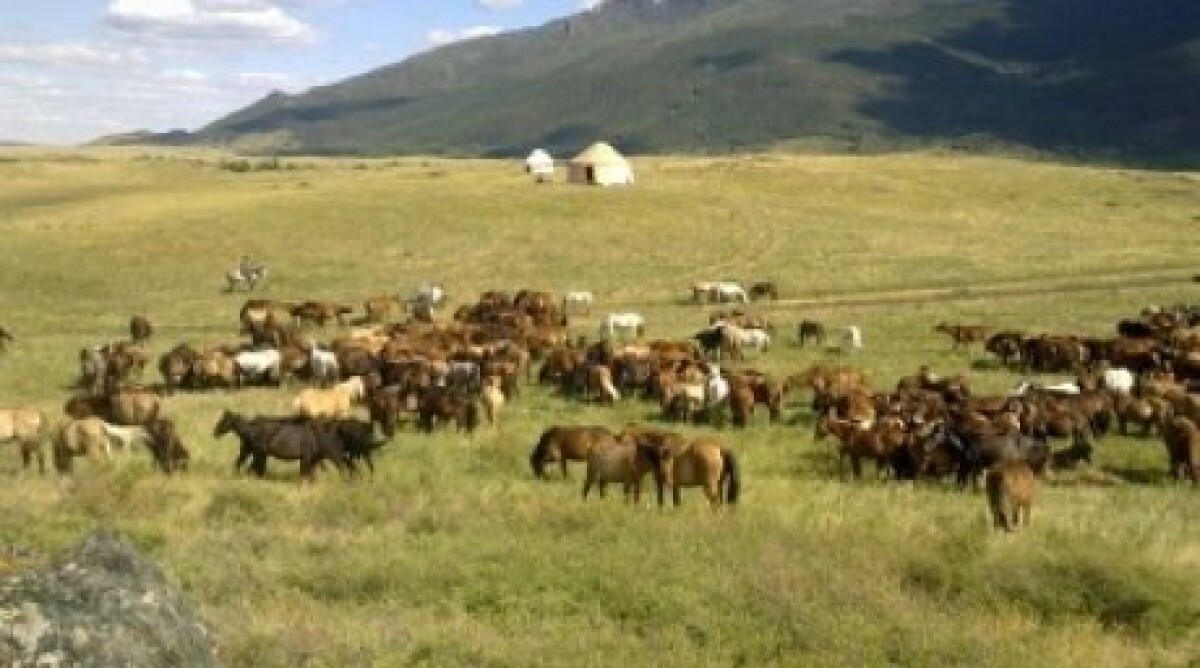 The cattle-breeding has undergone two stages of its evolution before transfer to the nomadic type.

Inhabitants of horse-breeding settlements lived in semi-dugouts with walls made of beaten clay; roofs were constructed from trees trunks and branches which filled up by a layer of the earth.

Most likely, at this time the mechanism of interaction of northern agricultural cultures of Kazakhstan and settled agricultural cultures of Central Asia had a type of cultural interferences and contacts. Probably, as a result of such contacts which have especially amplified during a time of Namazga V-VI, horse breeding becomes popular in the south of Central Asia. In turn, the Kazakhstan tribes borrowed from Central Asia the technique of construction of dwellings walls from beaten clay.

As it is established for today the cattle-breeding has undergone two stages of its evolution before transfer to the nomadic type.
The first stage (XVII-XV centuries BC) — the period of Early Bronze — is characterized by such form of cattle breeding which is called a settled one, household or herdsman. The prevalence of horned cattle herd is its main feature.
The level of society development was high, protocities of Arkaim type appear at this time. Powerful fortification, presence of the sites occupied by handicraftsmen, irrigational agriculture in the district of the protocities and developed art was characteristic for these.

At the second stage (XIV-XI centuries BC) — the period of middle bronze — changes in herd structure are observed. The quantity of bones of a horse and a sheep — animals adapted for self-getting of forage and for long transitions increases — among the archeological material found during excavation of settlements increases. Even earlier human has trained a horse for riding. Thanks to fast moving ability, people have managed to include extensive spaces of steppes and semi-deserts into sphere of their activity and this has caused a growth of a livestock of cattle. The house cattle breeding has outgrown into mountain pasture in case with which the pastures are divided into winter and summer pastures.
In general, during this period the economy of the tribes occupying Kazakhstan remains cattle-breeding and agricultural.

Archeological materials provide data on a cultural generality of steppe tribes which have left some archeological monuments — settlements and burial grounds. Extensive spaces of Kazakhstan and Central Asia has Andronovo regional culture for which such general signs as cattle-breeding and agricultural economy are characteristic: development of mining, metallurgy and bronze metal working, similar shape of material culture, burial ceremony, close ideological representations.