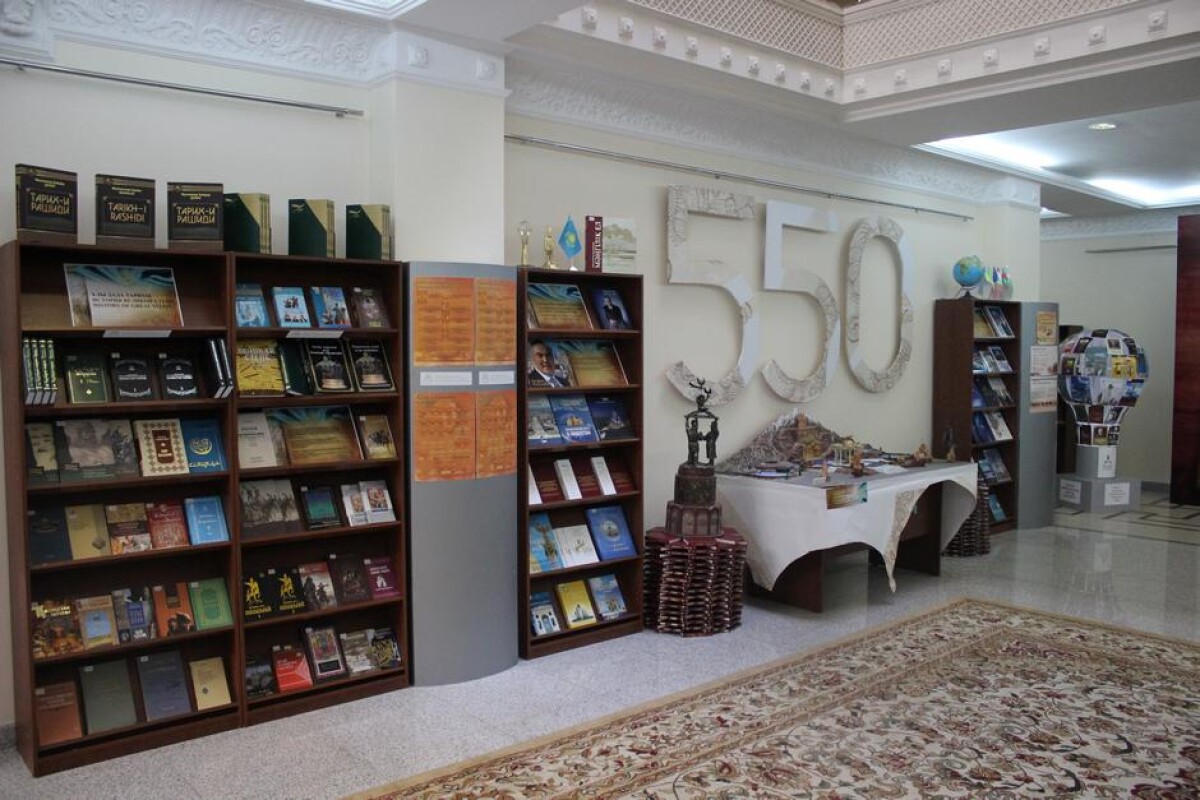 September 11, 2015 at 14:20 Ministry of Culture and Sport held a scientific-practical conference «The eternal history of the great steppe», the main objective of which was to show the significance of the Kazakh history and the Kazakh khanate, the role of the Kazakh khans and stages of formation of the Kazakh statehood.

The conference was conducted with the participation of the honored guests invited from countries abroad. The guests and participants could see a book exhibition «Kazak khandygynan — Mangilik elge» before the conference. There were 600 books in history, culture and traditions of Kazakhstan and the Kazakh khanate provided by the funds of the National State Book Chamber of the Republic of Kazakhstan.

The executive secretary of the Ministry of Culture and Sport of the Republic of Kazakhstan K.S. Ualiyev, famous scientists and public figures took participation in the conference. There were the honored guests from the USA, Canada, the Arab Republic of Egypt, the Russian Federation, the Republic of Belarus, India, People’s Republic of China, Turkey, South Korea and other countries.

Sung Cheol Kim, a professor-researcher from the Research Institute of Central Asia, Hankuk University of Foreign Studies made a presentation of his research on theme: «From the history of state relations of South Korea and Kazakhstan»:

-My presentation issue related to the fact that past history is always repeated in the modern contemporary state. Nowadays, the Republic of Kazakhstan is a country of multicultural society, which historic period is the origin of multicultural Kazakhstan’s state system. In this sense the Kazakh khanate has been the starting point of the formation of the multicultural Kazakh community. The Kazakh khanate is directly connected to the Republic of Kazakhstan. It is only the beginning of the research, many public researchers, historians, scientists and specialists assume that Kazakhstan has the important historic origin by the civilization of intercommunications in the Central Asia’s history. Recently many historic researchers focused on the history of the sedentary civilization, for example in the case of Central Asia most people know that cultural core has been Uzbekistan. But if we turn focus on the nomadic ideas, Kazakhstan also has important historical origin by the civilizational approach focusing on nomadic communities. This is the key message of my presentation.

Michael Frachetti, Associate professor of Anthropology at Washington University in St. Louis spoke on the theme: «City center» model on the Silk Road":

—From at least 200 BC to the 16th century CE, the Eurasian Silk Road formed the most extensive network of trade and commerce the world had ever seen. Its pathways linked populations from Beijing to Jerusalem in one of the first global networks. Much of what we know about the Silk Road is defined by archeology from lowland oases, but mountainous regions occupied by nomads offer new insights.

Frachetti’s work addresses the ancient nomadic societies of Central and Eastern Eurasia and how they shaped inter-regional networks from as early 2000 BC down to the time of the later Silk Roads.