Home News Other The book “Kazakhstan’s trend: from totalitarianism to democratic and law-governed state” was presented

The book “Kazakhstan’s trend: from totalitarianism to democratic and law-governed state” was presented 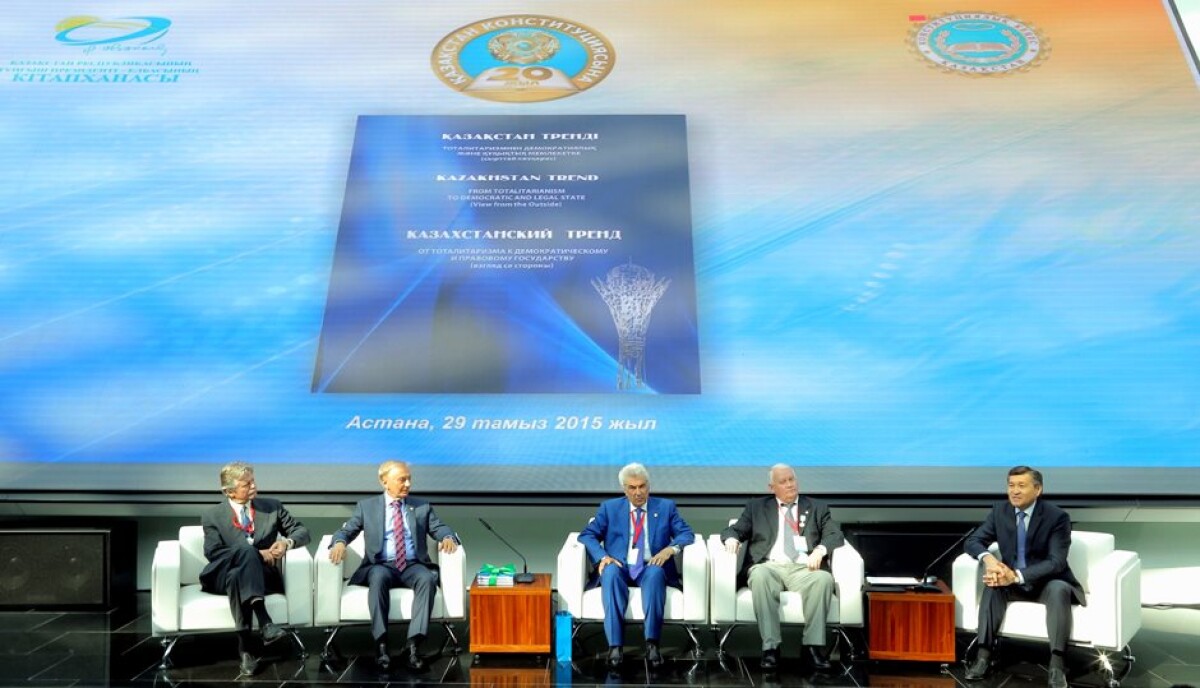 The Chairman of the Constitutional Council RK Igor Rogov noted that in the edition there is no author – citizen of Kazakhstan, and the opinions of all authors are absolutely independent.
In anticipation of the 20th anniversary of the Constitution of the Republic of Kazakhstan, on 29 August in the Library of the Leader of the Nation the presentation of the book “Kazakhstan’s trend: from totalitarianism to democratic and law-governed state (outside point of view)” took place. 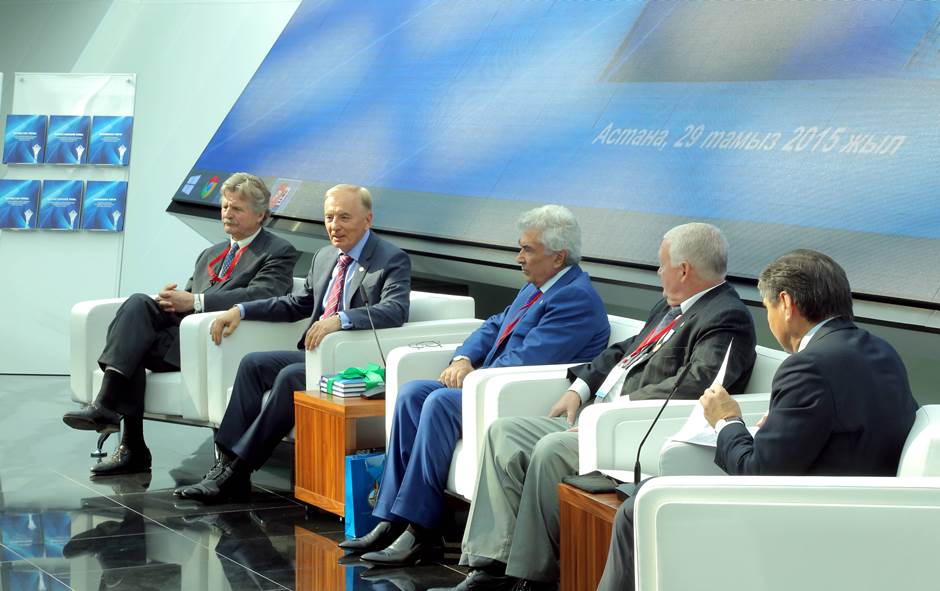 Presented edition consists of articles and comments of foreign state and public activists, scientists on the achievements in the sphere of legal development of Kazakhstan for the last 20 years, role of the Constitution of the country as of 1995 in this process. The authors are famous state and state activists, in particular, the former Prime Minister of Great Britain Tony Blair, the President of the Venetian committee of the Council of Europe Dzhanni Bukikkio, the Chairmen of the Constitutional courts of Armenia, Azerbaijan, Turkey and other countries. The book was edited in Kazakh, Russian and English separately, with edition of 3000 exemplars. The moderator of the event, Executive Director of the Library of the Leader of the Nation Beysembay Zhumabekov greeted the members and congratulated the people being present on the 20th anniversary of the Constitution of our country. 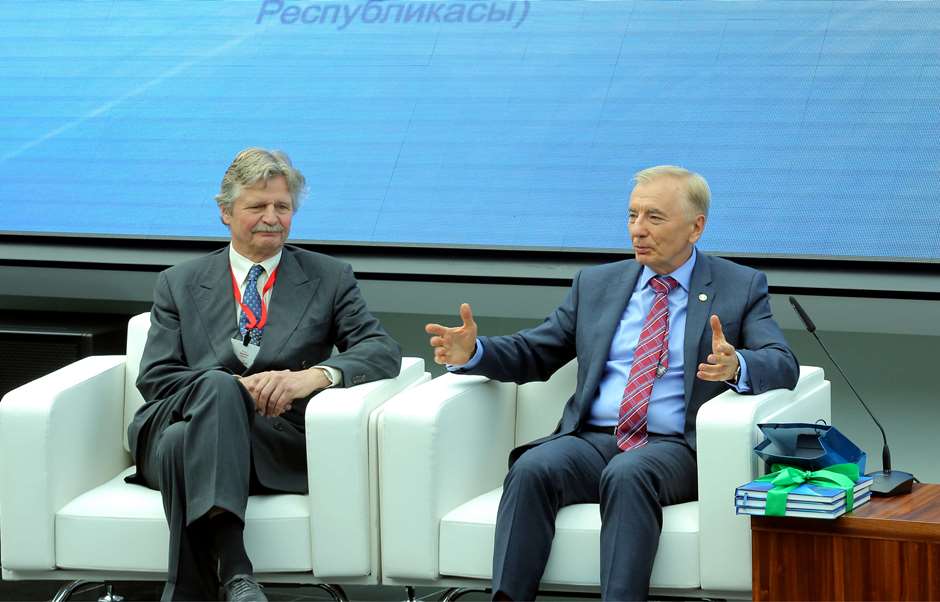 Igor Rogov— the Chairman of the Constitutional Council of the Republic of Kazakhstan, Doctor of Juridical Science, professor, author of the book preface attended the presentation, and noted that in the edition there is no author — citizen of Kazakhstan, and the opinions of the all authors of the articles are absolutely independent. “Who can make the Chairman of this or that court or scientist say the things with which one disagrees? As the materials were given to us, so were they included into here”, — I. Rogov stated. “Yesterday, this book was presented to Nursultan Abishevich. We decided that it is necessary to give it to the library, where, mainly, the documents relating to the state, legal building of the Republic of Kazakhstan are accumulated. We thank the administration of the Library for the organization of this meeting”, — he said. 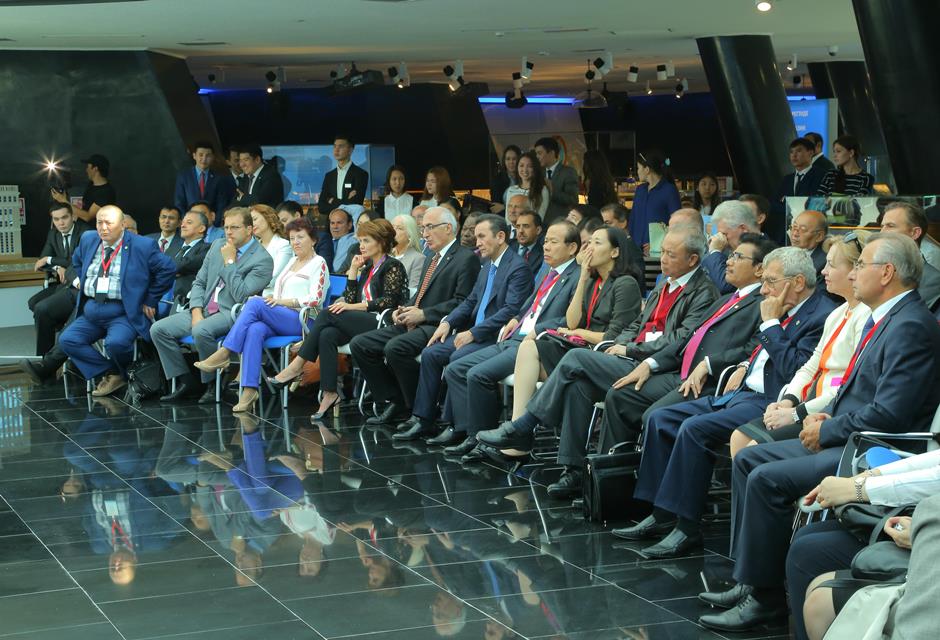 Gagik Arutyunyan — the initiator and author of the idea of the book, the Chairman of the Constitutional Court of Armenia, Chairman of the Conference of the bodies of constitutional control of the countries of new democracy, “When we study the processes of the constitutional development in Kazakhstan, it is impossible not to pay attention to the fact that there are very essential peculiarities. I assessed these peculiarities as the stable evolutionary constitutional development. It is the greatest advantage of the country. One can study, take into account, evaluate this process, and realize certain moments in and in many our countries.” 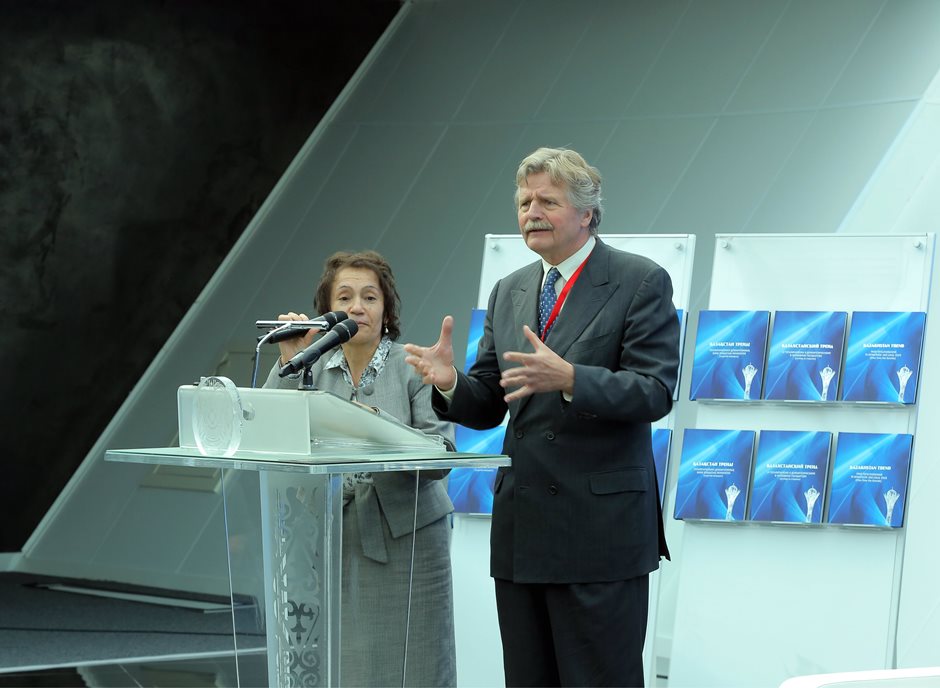 One of the authors of the articles of the presented book, Rolf Knieper — a professor of the University of Bremen (FRG), “Since 1996, I have been observing the legal development in Kazakhstan. With my own eyes I observed the way as the enormous process occurred and occurs in this country. This book is a minor documentation of this big process. I have read most of these reports. I can generalize them in three sentences. All the authors reflect very warm and friendly view regarding the development of this country. In all these publications the deep esteem to Kazakhstan, its development are reflected. And in all — the benevolent recommendations on further development are present. One can say that it is the report on the specific stages. 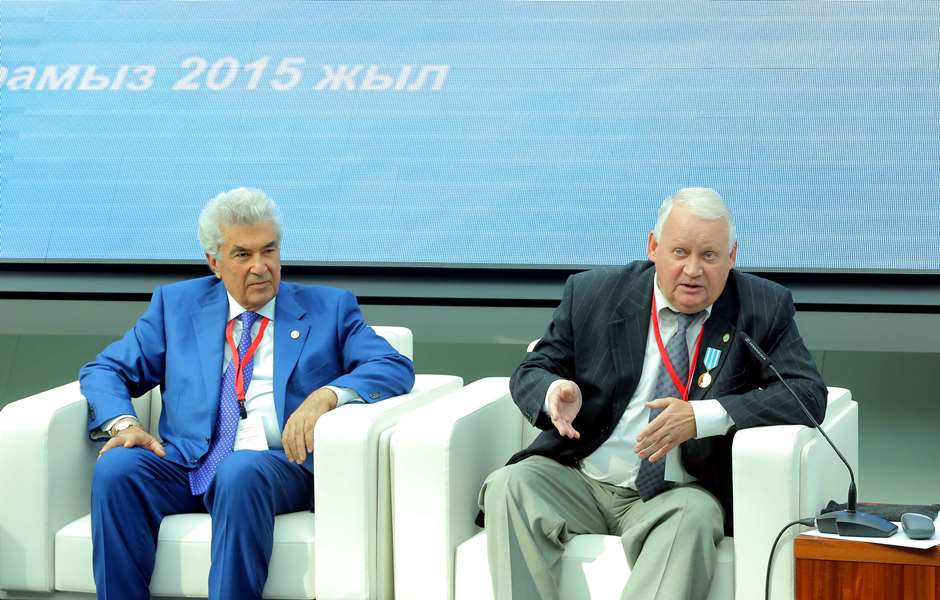 I am proud so much that my little contribution would be placed in such a magnificent library. Also, a well-known political expert, director of international projects of the Institute of national strategy of the Russian Federation, Doctor of Political Sciences, expert in Kazakhstan and countries of Central Asia Yuriy Solozobov participated in the event. “Why is it the unique heritage? Because it realizes the idea of the President on the transparency of scientific knowledge. Here under one cover more than fifty scientists of various countries are gathered.

This book is not for a quick reading, not for paging. And this book is not complimentary, because I would not say that the judge of the Constitutional court would risk one’s own reputation in order to write the praiseful article about Kazakhstan, it is just impossible”, — Y. Solozobov shared his opinion. 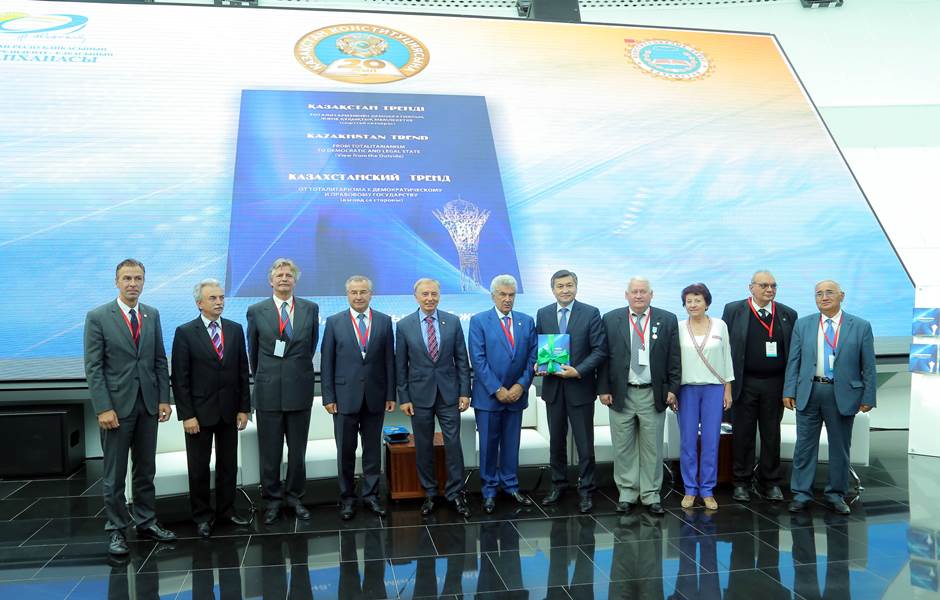 Moreover, the event was attended by famous national and foreign scientists, representatives of the professor-teaching staff and students of the universities of Astana, volunteers of the Center of the education of youth “Kemel El” of the Library of the Leader of the Nation.

Upon completion of the event the transfer of the books “Kazakhstan’s trend: from totalitarianism to democratic and law-governed state (outside point of view)” to the book fund of the Library of the Leader of the Nation occurred.